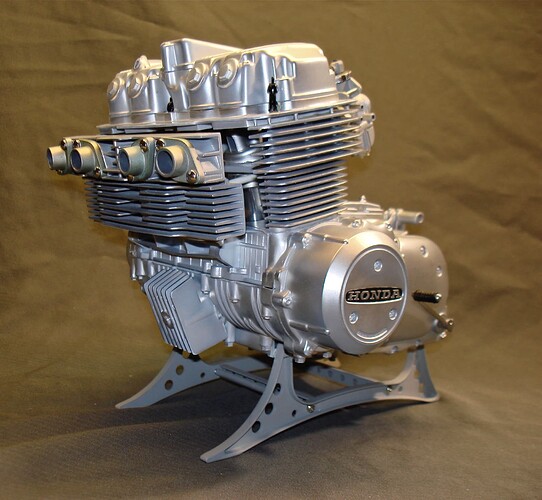 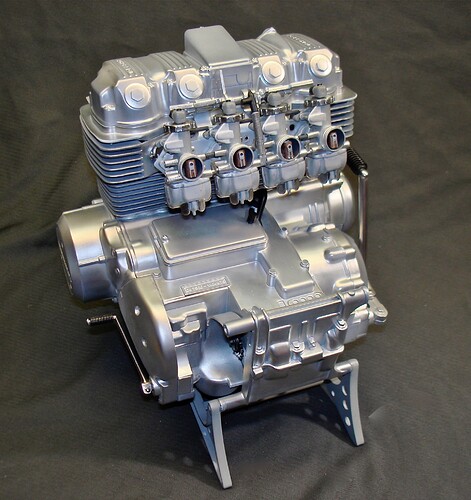 Clarence,
I don’t get to the motorcycle forum very often, so this is the 1st opportunity I’ve had to see your engine build. And it’s really quite impressive. Your NMF in varying tones really adds quite of lot of realism to the build, and one just can’t be sure if it’s real or a model very well done.

Joel,
Thank you very much for your comments. I’m glad you enjoyed it. The Minicraft kit is excellent with great fit and engineering. (I’ve built two 1/50 Aoshima locomotive (10), the operating Visible V8 (- 5), a Zanis Porsche operating engine (11+) a Pocher Bugatti T50 (9+) and 1/8 2300 Alfa Romeo engine and 1/8 model and some full scale Jaguar engines). I did create a slide out bar modification that allows a section to have multiple positions. The primer I think…was Tamiya Fine rattle can and the silver I have forgot?
… I don’t have it anymore as I use it all and it came in a thinner size bottle…one day the name may come back?? Whatever it WAS was easy and very very forgiving to paint especially for a metal finish.I think I tinted it here and there?
This kit was a gift from a missing model pal who first taught me dry brushing and such…my tribute to him and all of us who mentor each other. 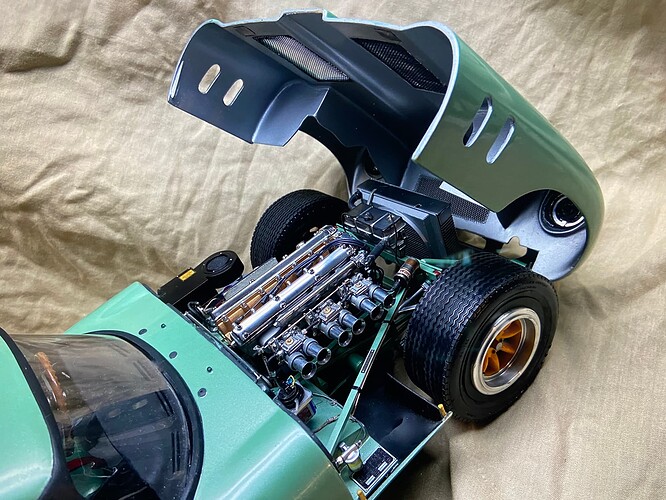 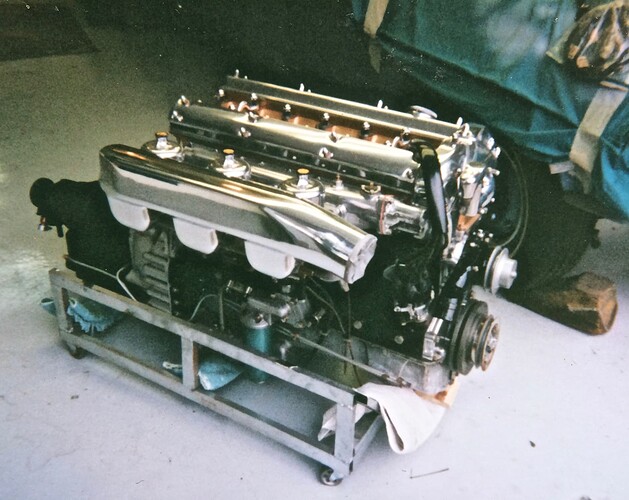 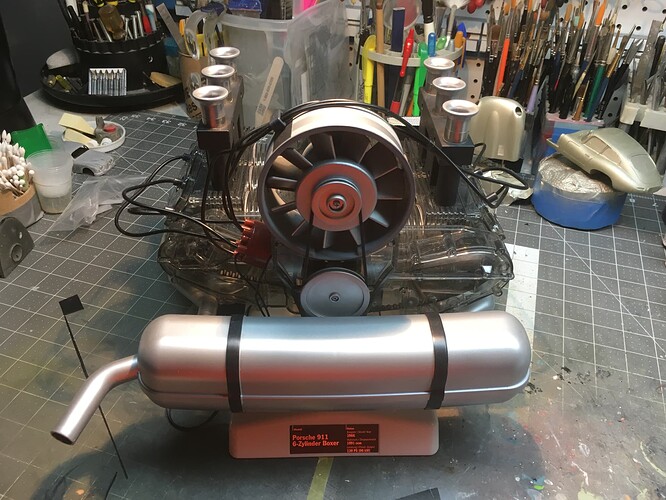 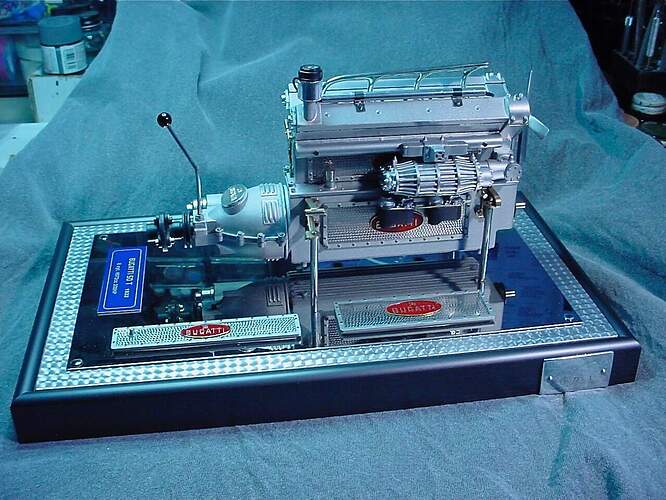 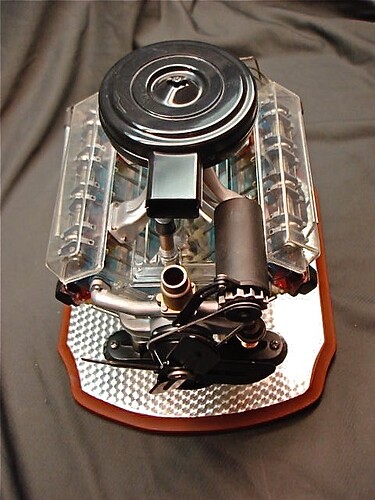 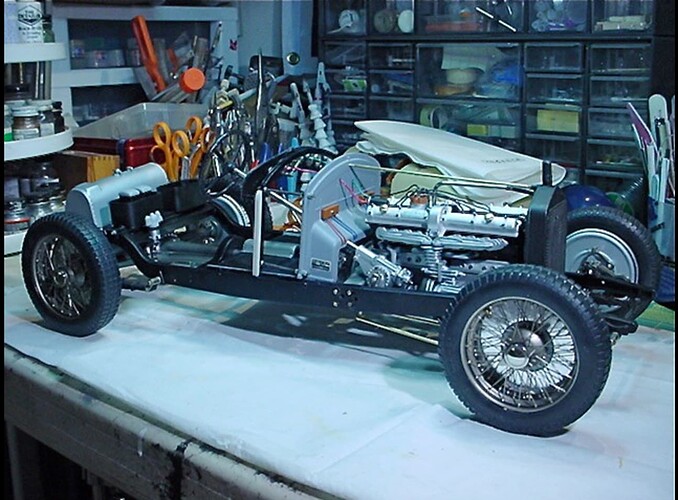 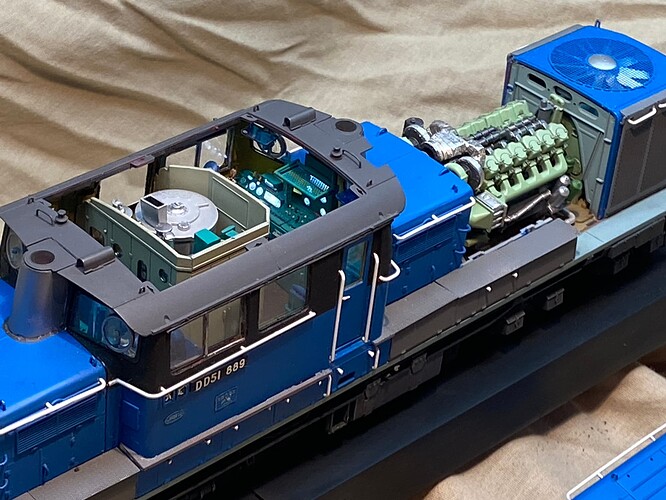 Beautiful job! That’s the motor from the first bike I ever bought - a 1976 CB750 Super Sport. Those SOHC motors were always more popular than the DOHC’s that came afterwards.
In fact, I just bought this '71 a while back. I’ve replaced the tank with one from a CB500T. Gonna get the cafe treatment for sure. If I can get the engine looking half as good as yours I’ll be happy. 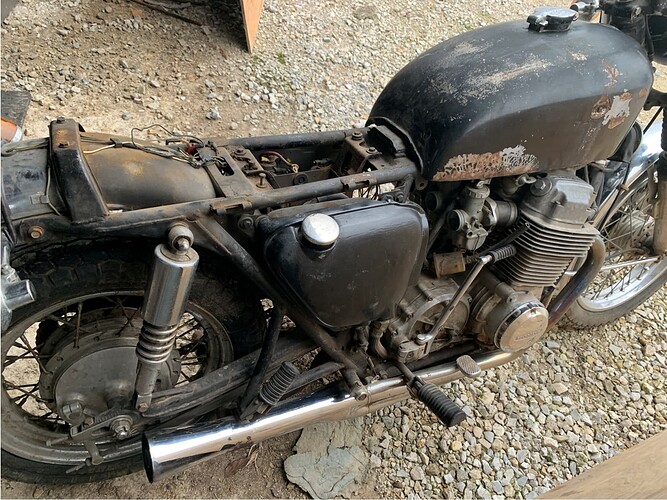 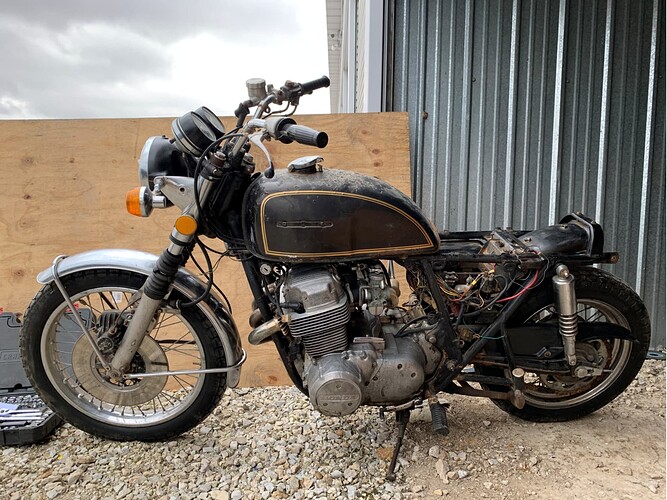 Great project,…off to a good start! The model engine should obviously have a chrome (timing"?) cover. At the time of the build, I couldn’t find a plastic chrome shop to ship it to. My excuse for the moment anyway… I enjoyed my 550 Four (ok not the top dog 750…) but it NEVER broke or crashed (nor the rider either…) or let me stranded and at the time…went fast enough. (The day I sold it it looked like the day I bought it:) Even commuted inner city in Chicago winters…which only an idiot would admit to:) 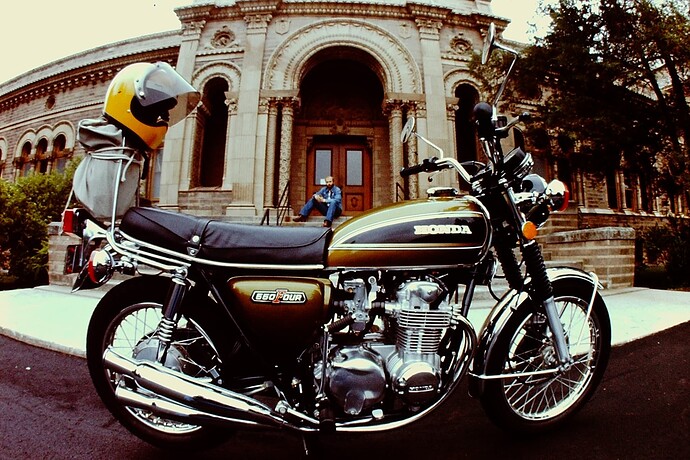 That’s a sweet ride. I would not have cafe’d a bike like that. Too nice the way it is.
By the way, Home Depot has a can of spray paint that is supposed to be very close to chrome. I haven’t tried it yet but I’ve heard good things. Not from modelers but from actual riders, so I’m interested in trying it myself. My project for today however is cross drilling my rotor. I may buy another and run dual rotors in the front.

I had a CB 500 four for a brief while in the mid seventies.
Smooth and dependable but lacking a little grunt .
Built this cafe Norton about the same time . 750 Combat Roadster , Dunstall fairing and 2 into 1 into 2 pipes and Dunstall decibel silencers , Dunstall rear sets, Tomaselli clip ons and self made fiberglass tank and seat . 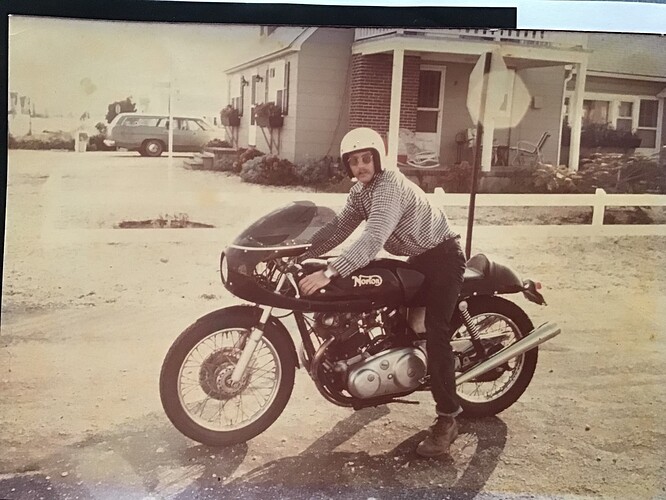 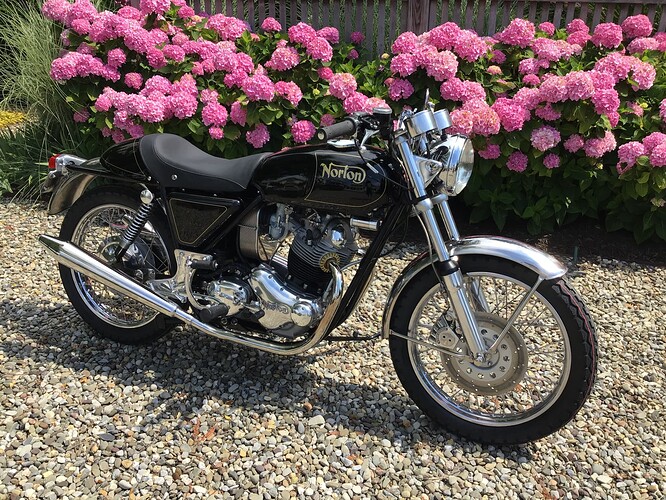 image1920×1440 587 KB
Broken down into every single component except for cam bushings and rocker shaft bushings . Rotor drilled and Blanchard ground and master cylinder sleeved
down .
I’ve a few more in the stable as well but I don’t want to hijack this thread …
CLARENCE_NOVAK February 6, 2022, 11:09pm #9

Classic sweet Norton! So bore size affects braking line pressure?
Where IS that motorcycle forum.::)))) Watching the Isle of Man racing is my Heaven… Hailwood did a helmet/mic cam ride there ages ago…the low tech didn’t matter as his narration said it all (no doubt o UTube?) Ok this marks the end of my guilty part in this enjoyable off ramp.

I say let it go off the rails a bit. It’s a pretty sure bet everyone building models of cool bikes probably has owned one or two.
I currently have twelve, but I believe the optimum number of bikes to own is N+1, where N equals the number of bikes you currently own. A friend of mine is at thirteen already, but his collection is far cooler than mine. The BSA on the left - there’s a very good chance it was owned by Ernest Hemingway. 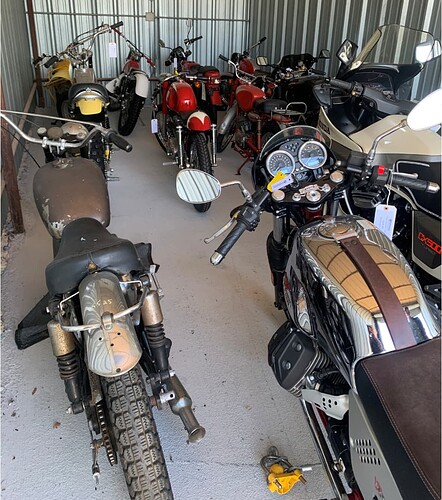 The CX500 Turbo is a rare bike in its own right. But this one is super rare - the fairing is signed with a Sharpie by Don Garlitz. He even drew a little cobra next to his signature. 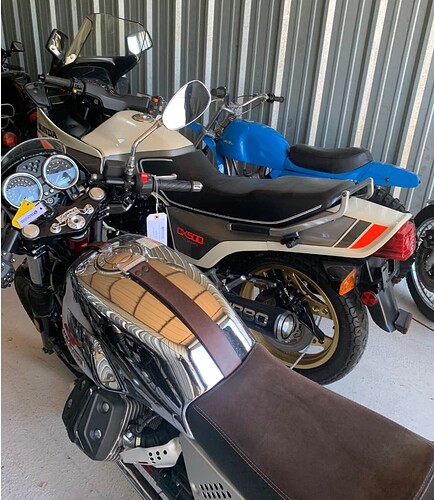 The other bikes need no explanation. They’re just plain cool. 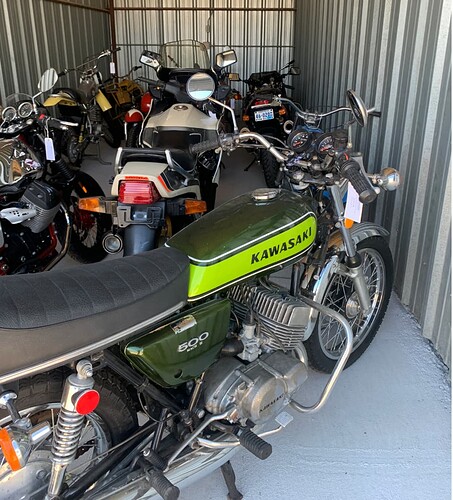 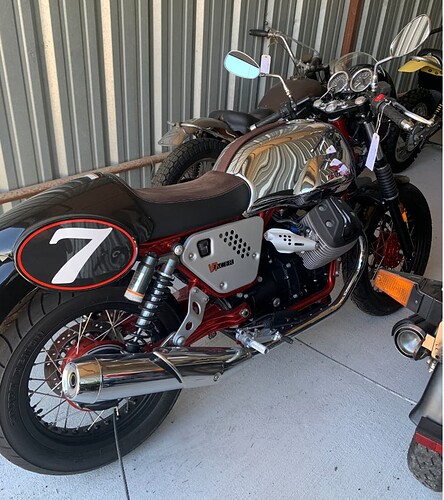 My coolest one remains this one, built from weapon parts: 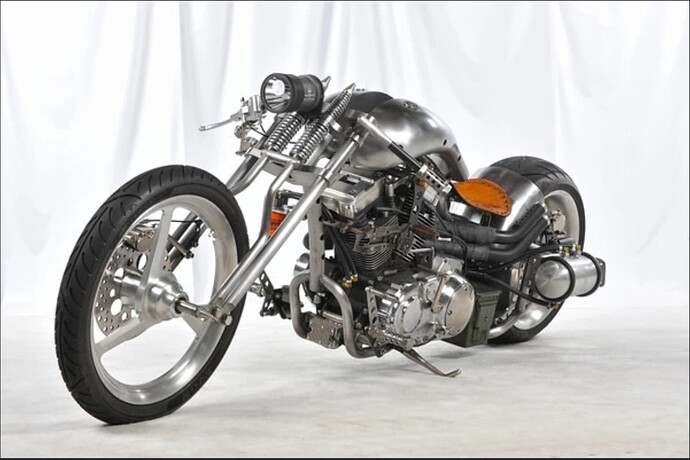 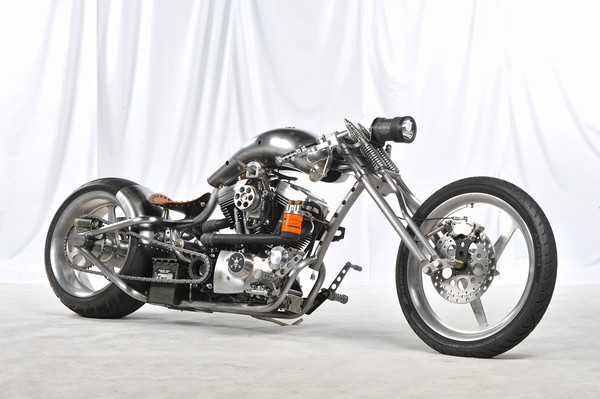 My fastest - this Daytona 675R Daytona. It’s an exact replica of, and signed by the winner of the Daytona 200, Danny Eslick. 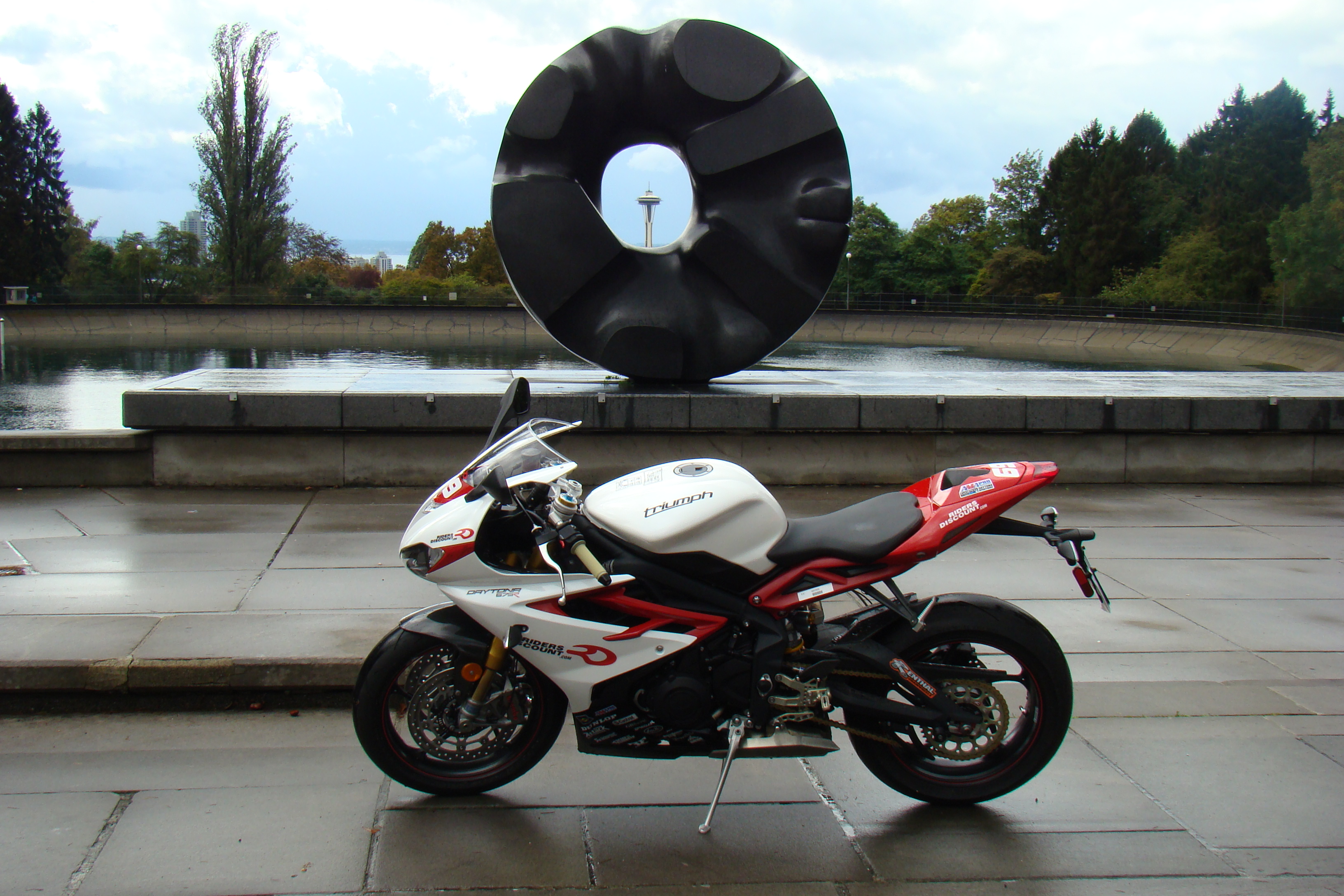 I bought it Triumph of Seattle, so naturally I had to photograph it next to the doughnut sculpture with the Space Needle in the middle.

And for outright ridiculousness, my two CB500T’s. One is box stock, the other is a carbon fiber/titanium work in progress. Thinking of giving it a Britten suspension. You won’t ever see one of those anywhere… 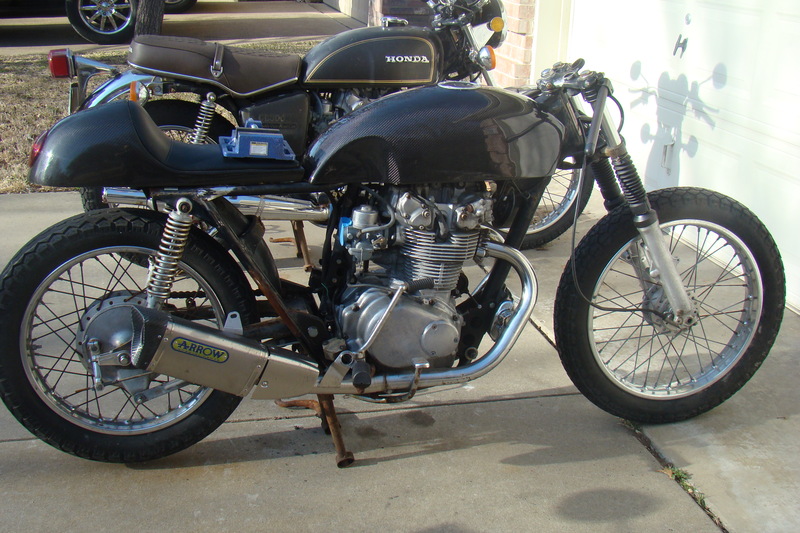