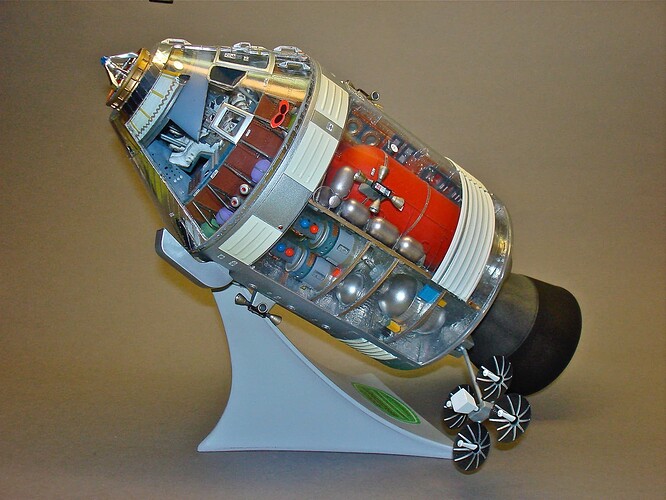 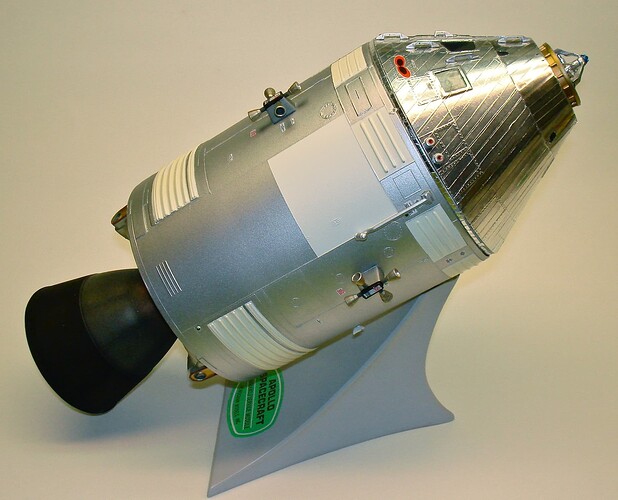 Absolutely beautiful! Do you have a build thread on here detailing the work that you did on this project?

That’s a stunning model! I second the call for a build log so we can all see how it was done.

Thanks for your comments. I’m still trying to add build logging to my
model process… not as fast as I’d like.

I made some essential errors, such as not gluing the two main halves true? How does one do that? The partial sheeting method I used to fix it was successful but much work I brought on thru my error(s). Anyone who builds anything cylindrical…space rockets, etc knows that even an untrained eye expects symmetry on the length… all the work following won’t make up for that error in expected uniform geometry. Try sawing off miniature light bulb globes? I had to cut (break) over 45 to get three that worked…:)…Just because you plan to use ALL your bandages, doesn’t mean you will be able to stop the bleeding…

I originally used BMF for the capsule but that aged and got fuzzy edges over time. I chose to strip all that and cut mylar strips and refinish it (the photos here are the BMF) The mylar looks so much better and was slightly easier to apply. You learn…the hard and the easy way;) Before the construction of the CERN Particle Accelerator, I believe the CSM was the most complex device ever made by man… I know the kit was…:))