Hi guys!
Today I would like to show you my M51 “Super Sherman” of the Israeli Defense Forces in 1/35 scale.
I built the model as part of a group building for my model building club with the theme “Middle East”.

Brief history:
After World War II, Israel was one of the largest users of the US Sherman tank. Modified to the circumstances, the M50 and M51 types were used.
The M51 had improved steering, gearbox, exhaust system, engine and chain. In addition, a white light/infrared spotlight was added above the gun mantlet and two smoke grenade installations on each side of the turret.
The main armament consisted of a French 105mm CN105-F1 56 gun.
The “Super Sherman” was used in the border conflict with Syria, in the Six Day War in 1967 and in the Yom Kippur War in 1973.
In all conflicts, the M51 proved itself to be the equal of its Arab opponents (T-55 and T-62).

The model of the M51 comes from Academy. I built it out of the box. For the antennas I simply used the bristles of a broom.

It was painted with colors from Vallejo, Mr Hobby (Gunze), Tamiya and Revell.

The landscape segment (vacu) comes from Heller. I edited it with sand, grass and different colours.

PS: Next project for this theme is a former german StuG.III in syrian service!!! Yes, you’re reading right

!! Syria used some old german tanks (Panzer IV, StuG and Jagdpanzer IV) they had from Spain, France and Czechoslovakia.
Today you can see the wrecks of some syrian StuG and Panzer IV at the golan heights. 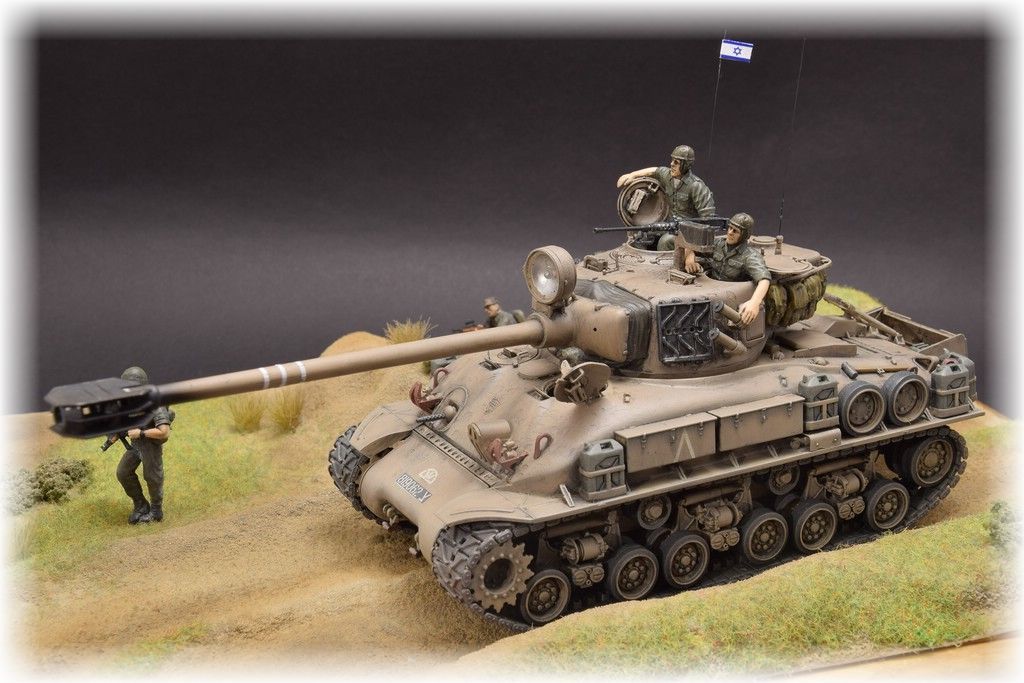 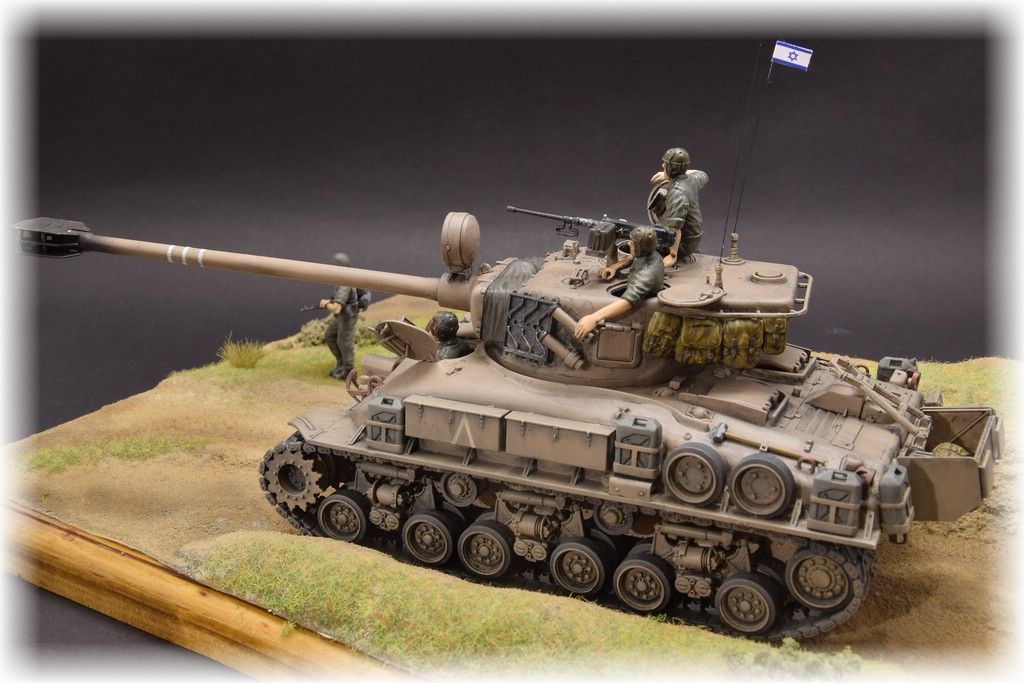 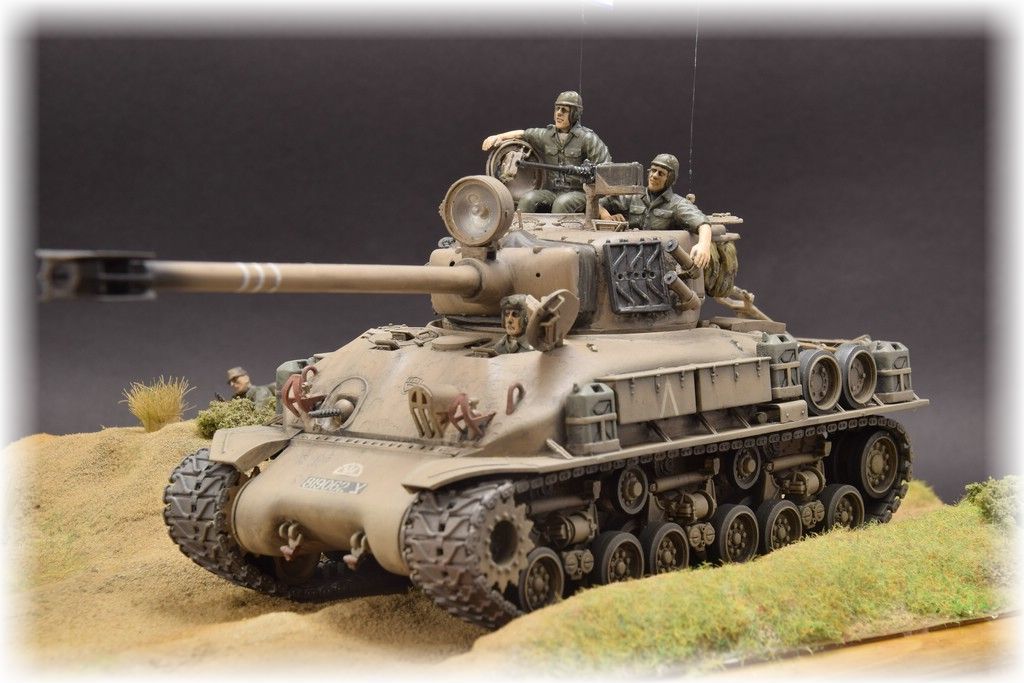 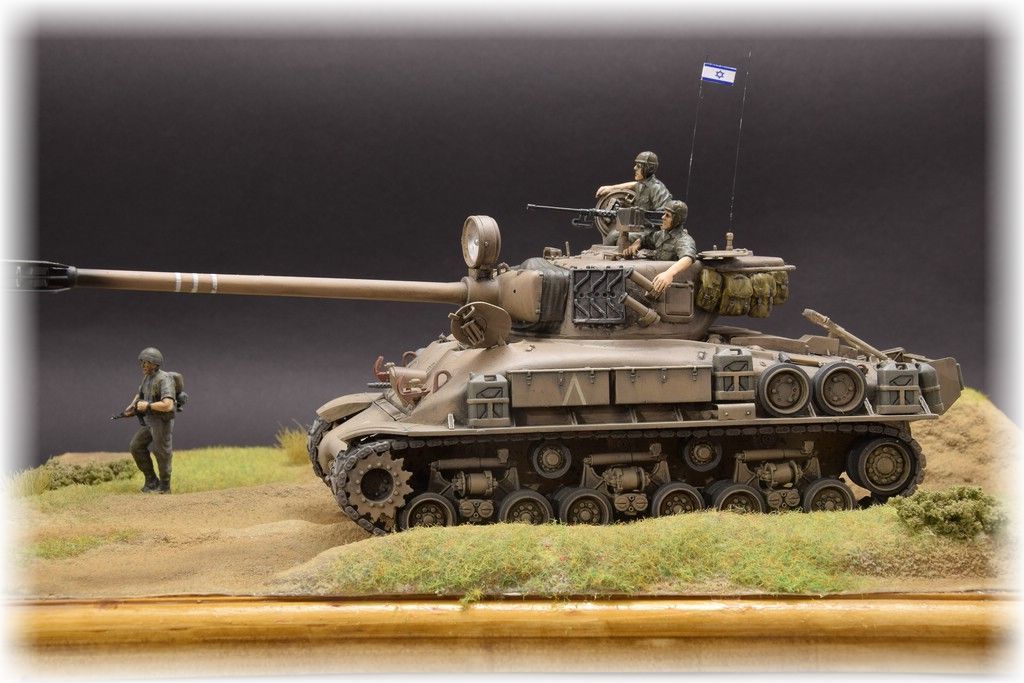 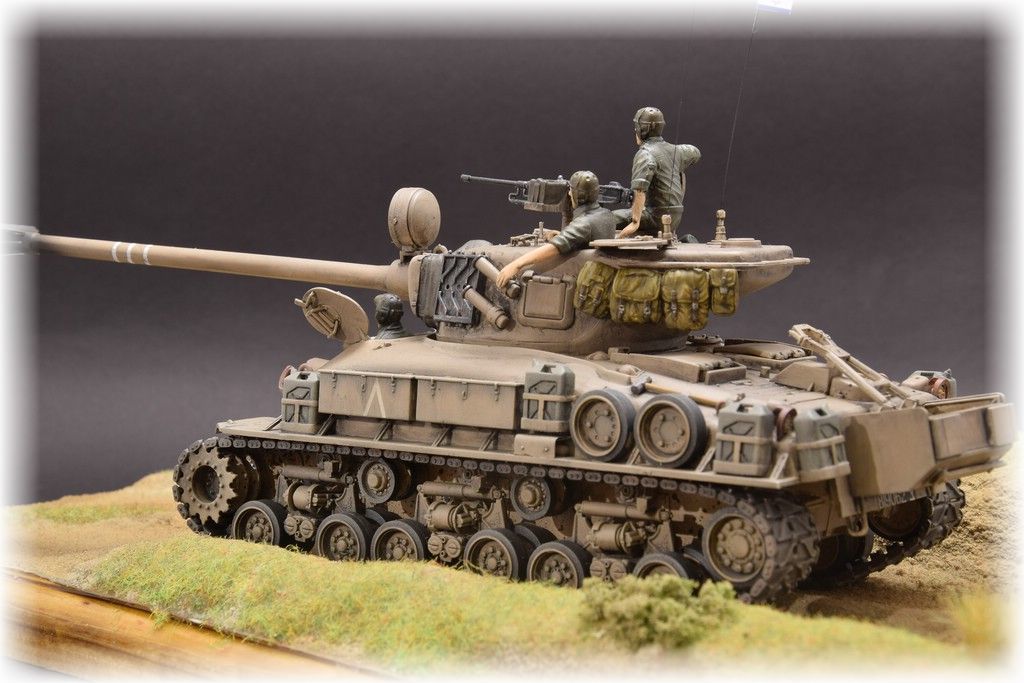 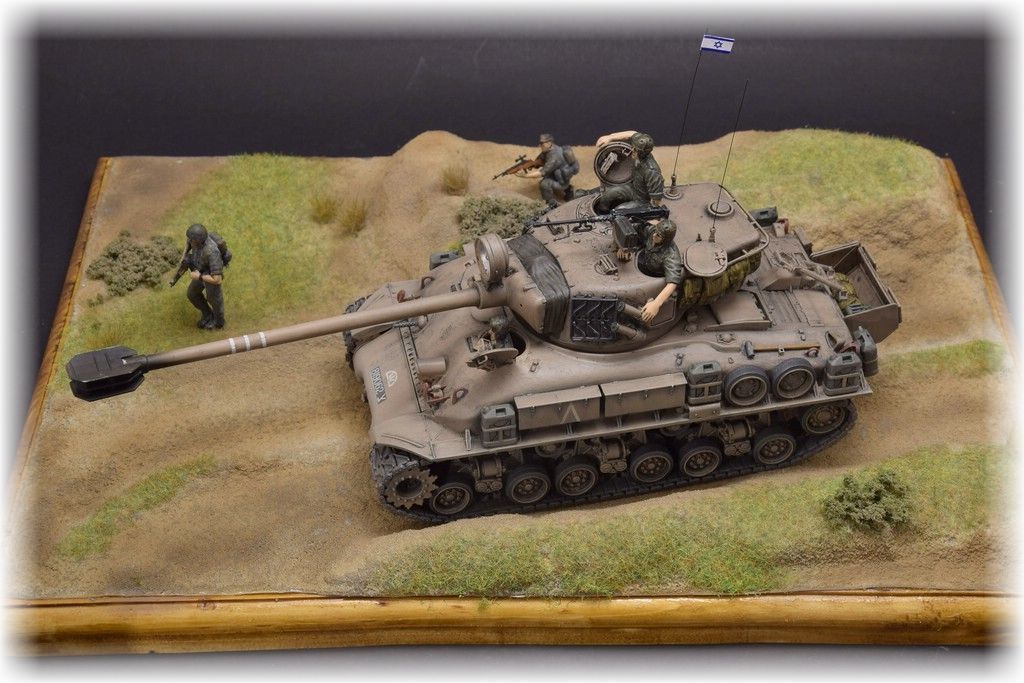 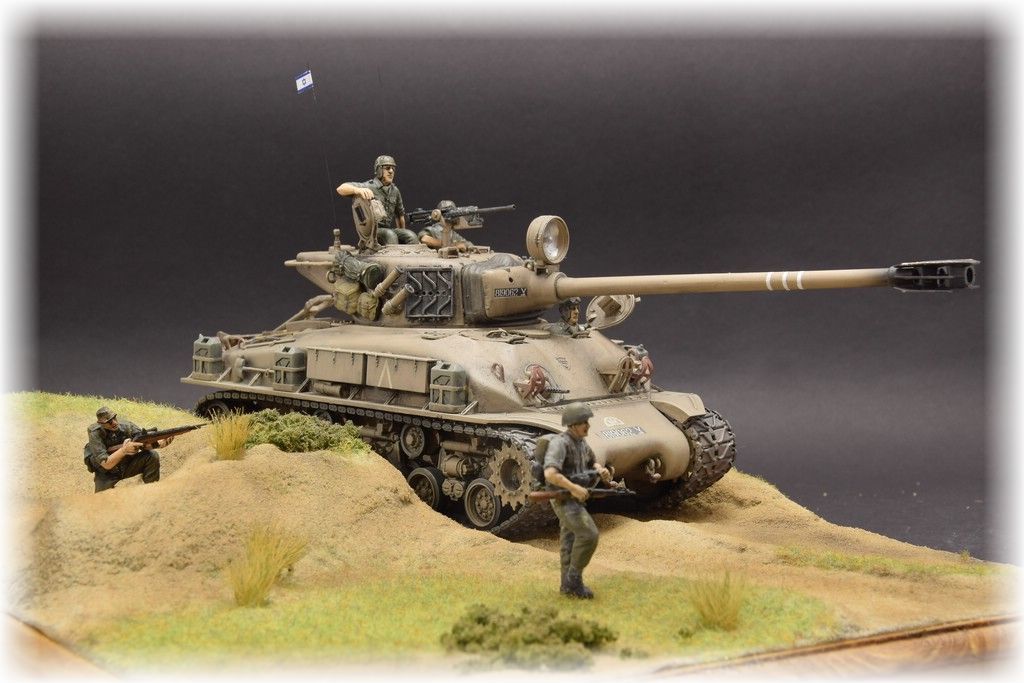 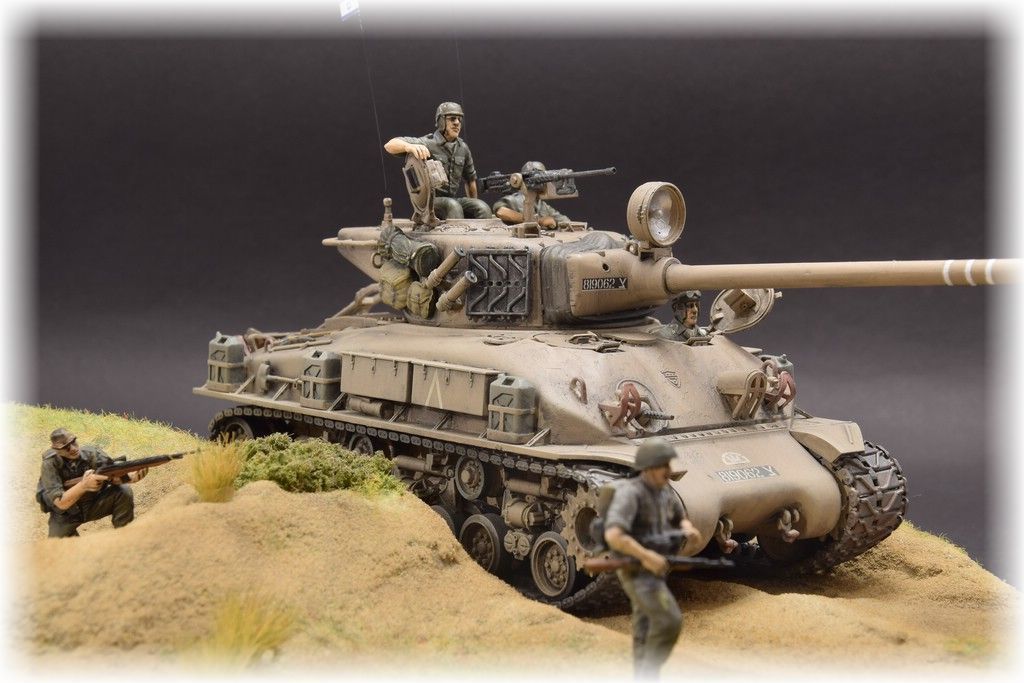 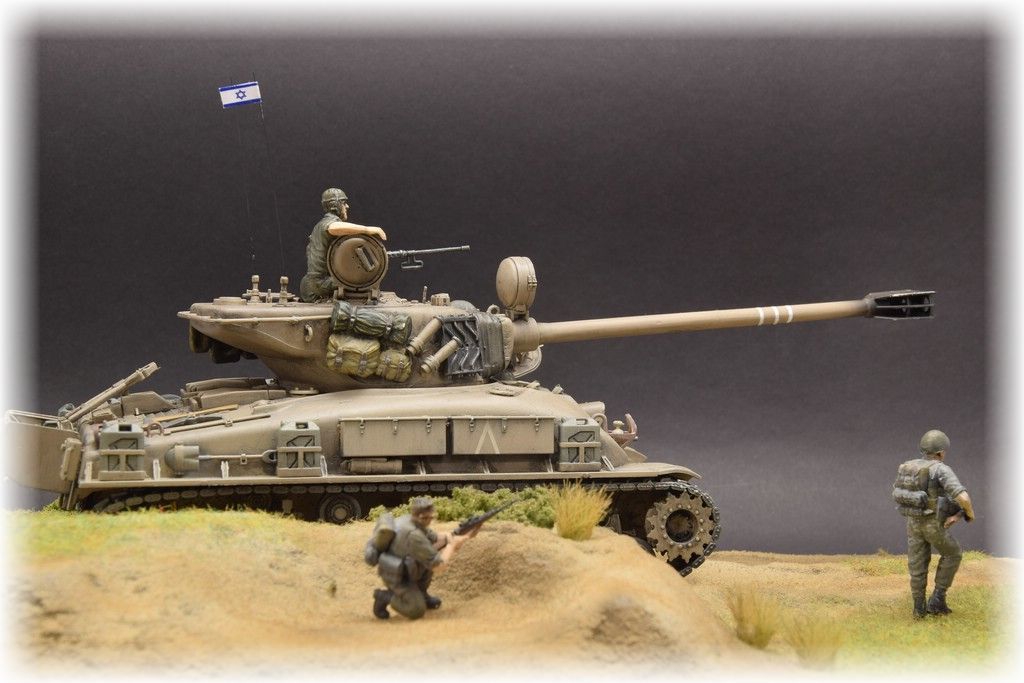 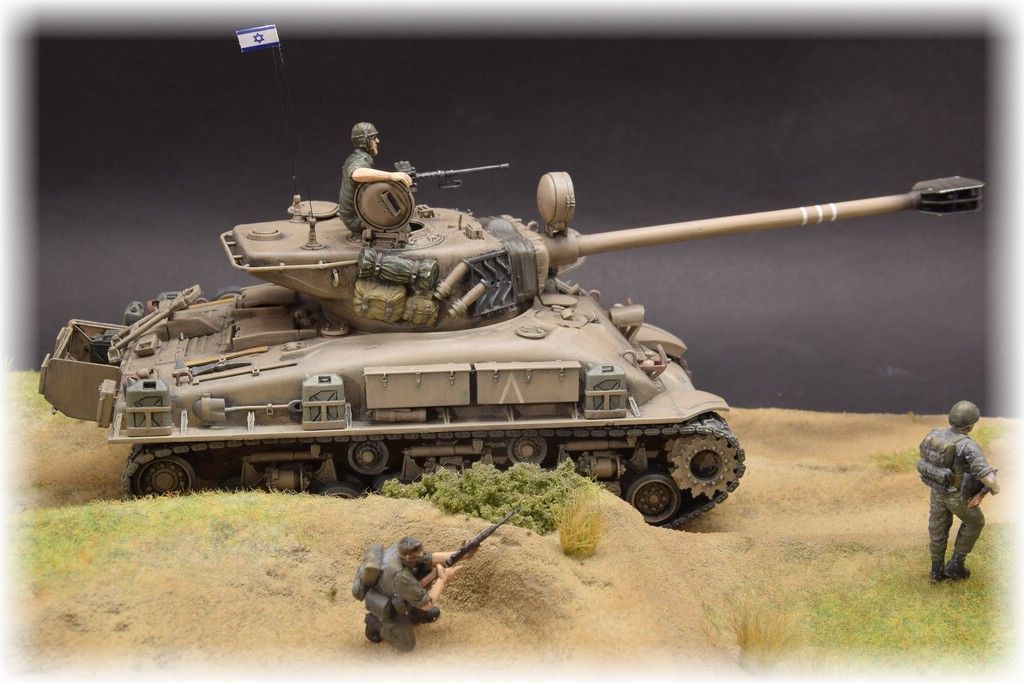 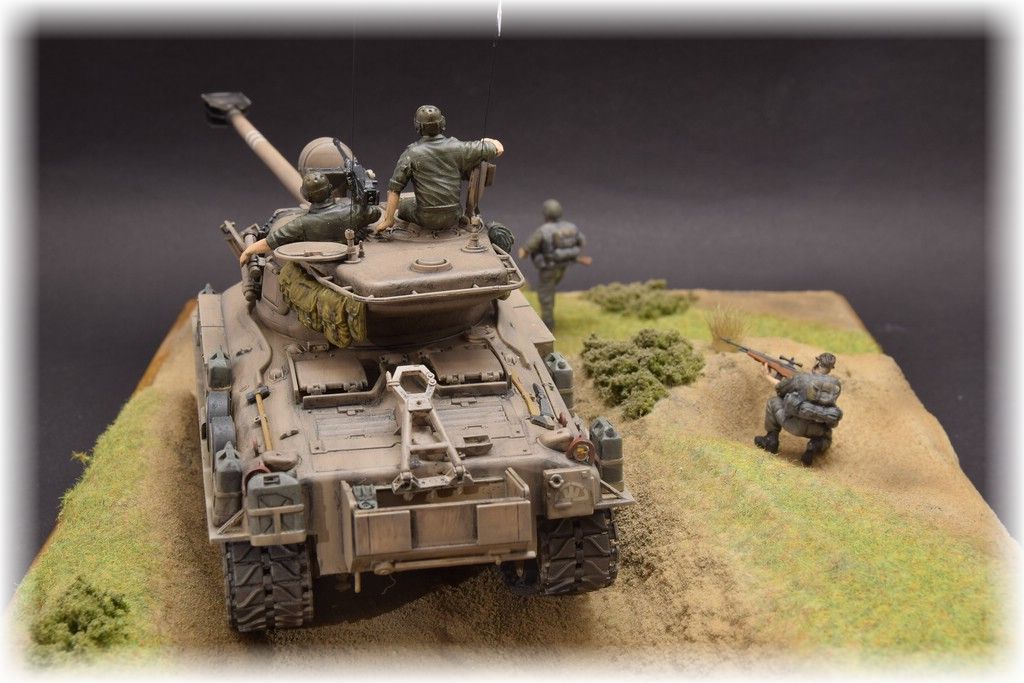 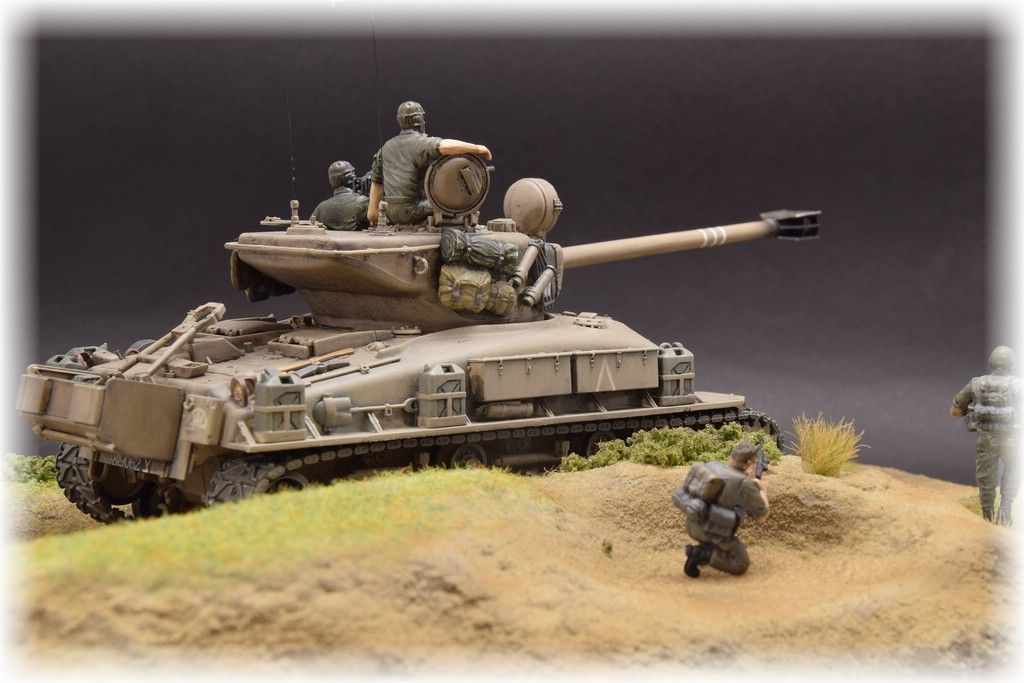 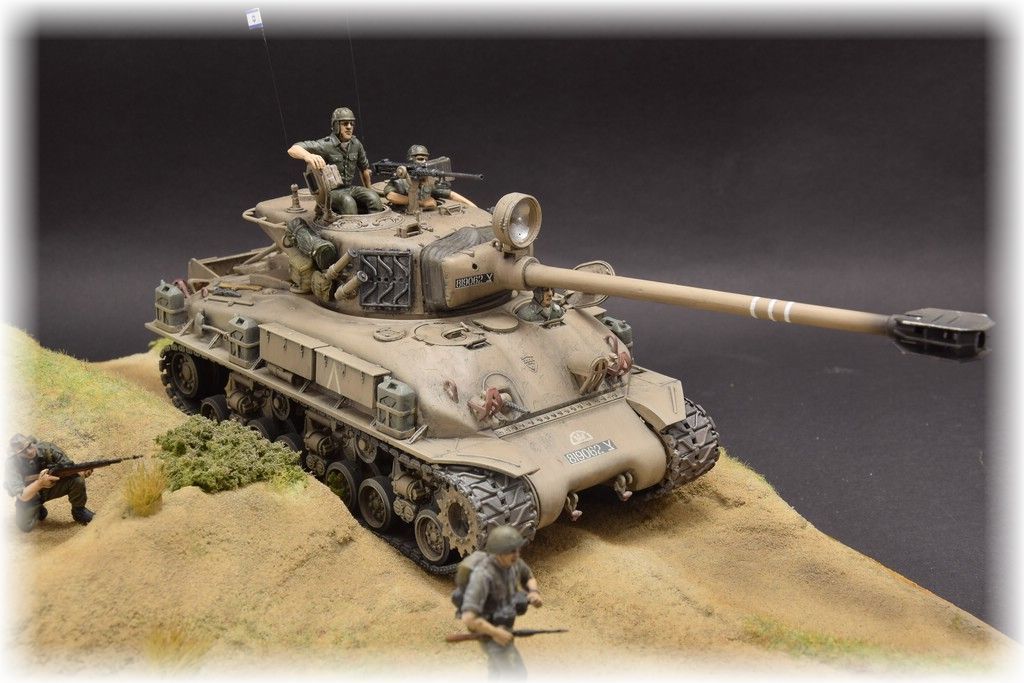 Looks really nice Stefan, good subtle finish all over and the figures give it all some nice scale and movement. Ground work sets it off perfectly

they had from Spain

… as well as from France and Czechoslovakia.

Renegade…thanks, I have corrected my information…

That looks really good, lovely color. Like the base too, and the figures to go with it.