Hi all, this will be my build log of the newish 1/35 Border Models Pz. IV Ausf. F2, it looks like a very nice kit and I will probably start builing it as soon as my M35 gun truck is finished. (3-4 days.)

Just a side note over the next month or two there wont be many updates as my High schools golf season just started (Go Tigers!) and we have about 6 tornements in the next 2 weeks alone. 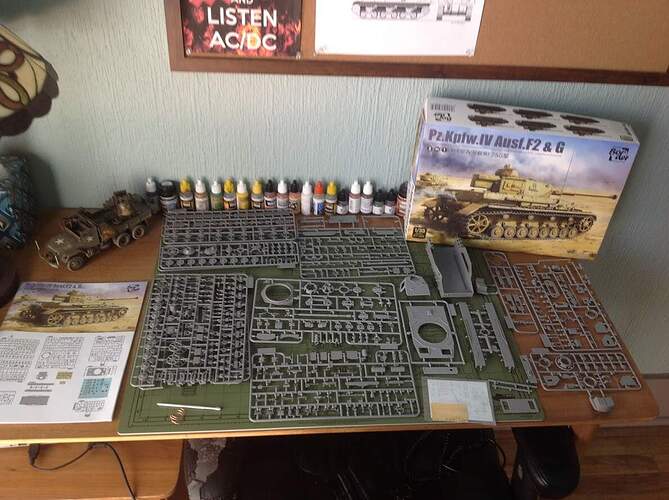 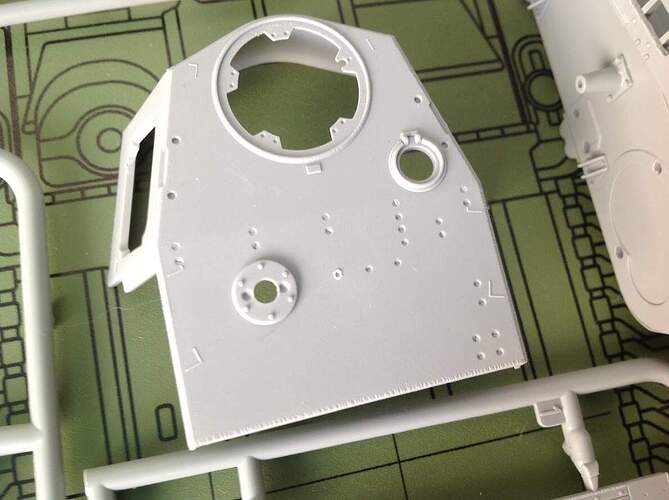 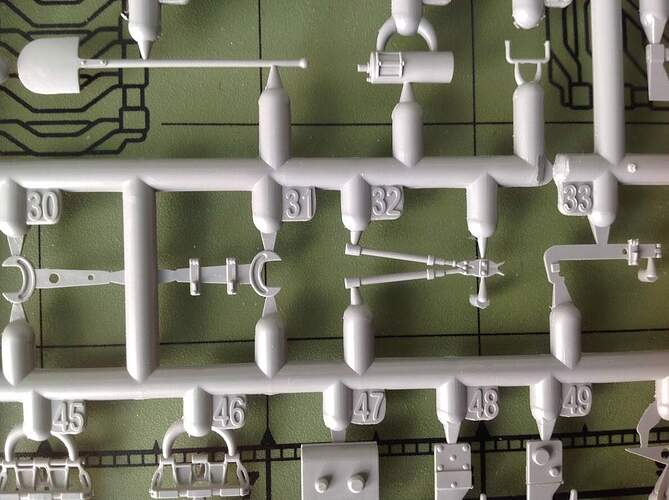 image1189×888 104 KB
Really nice tracks with the guide teeth all hollowed out. Almost no clean up needed. 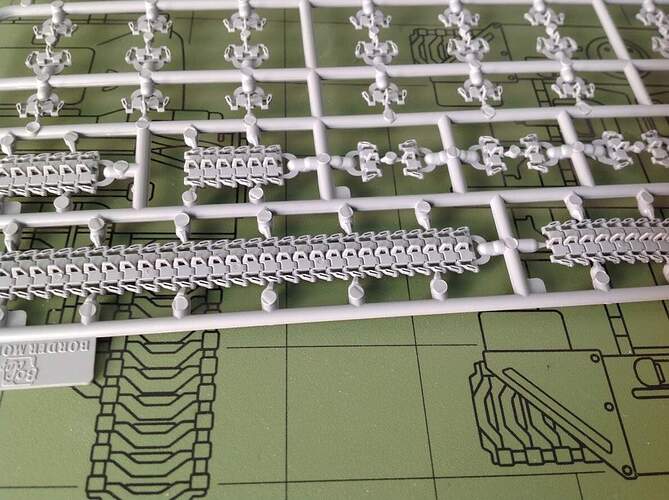 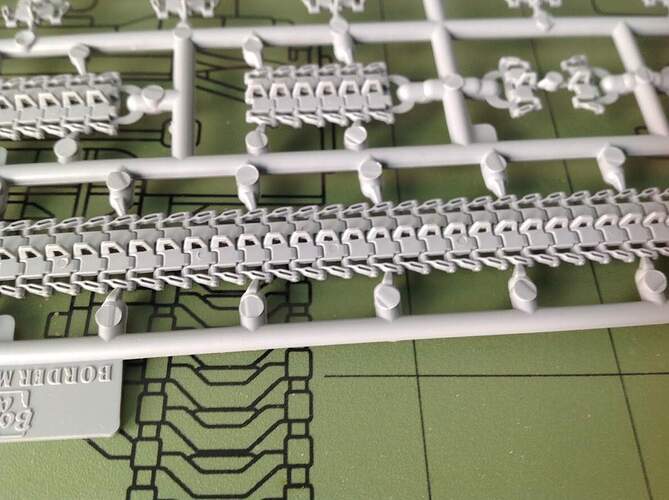 image1189×888 105 KB
And finally awesomely detailed road wheels. with weld seams and readable stamps on them. 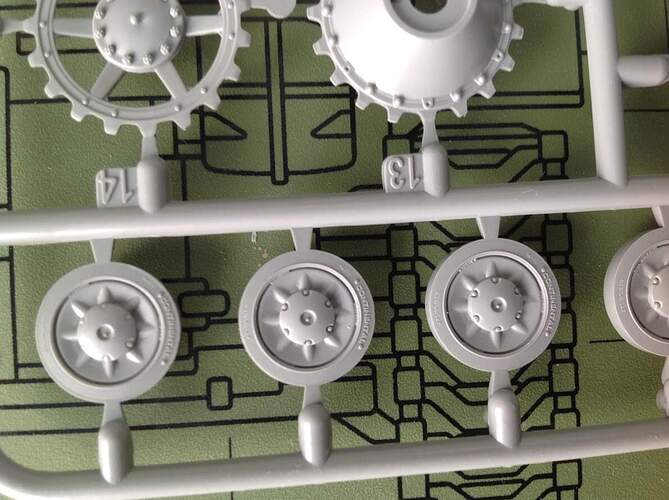 I will probably be painting this one as a Afrika Korp Pz. IV that is almost completly still in Dunkelgelb with light chipping in Panzer gray.

We’re going to be in Panzer IV wonderland here! I can’t wait to see how you get on with this. I am just completing the mid/late G from Border. It’s a great kit.

Yah we definatly are! From what Ive heard this kit goes together amazingly so I cant wait to start. I’m sorry if I have missed it but have you posted pictures of it here?

No. I just tossed it out as a side project not part of a group build so I didn’t think to photograph it. When I’m done I’ll post a couple of pictures of it here.

Looking good Ezra! I’m actually looking at the box for this kit right now. It looks like a solid kit, all the Border kits do actually. It’ll be cool making my Ausf F while you do the mark 2. Any idea on what kind of scheme you might be doing it in? Following with interest.

Thanks Dennis!
Yah its a nice kit with good details and not as many parts as say, a Dragon kit but I’m slightly disappointed with the fit. Mostly around the mantlet, cupola and turret sides its not very good. 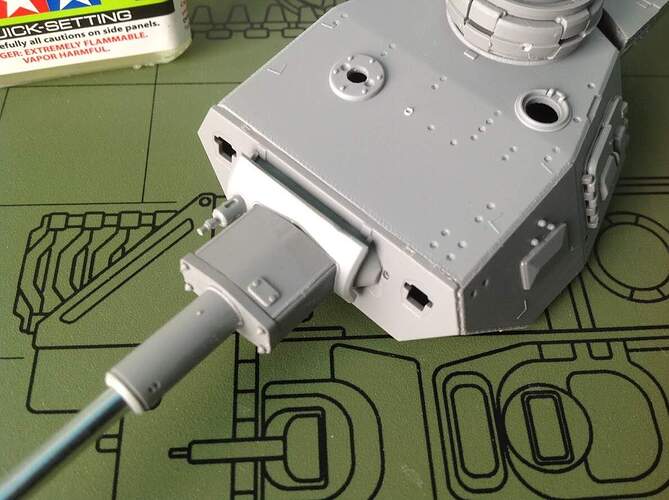 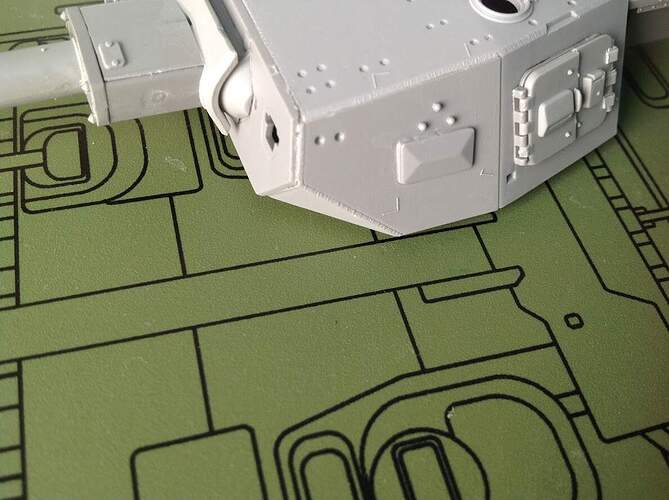 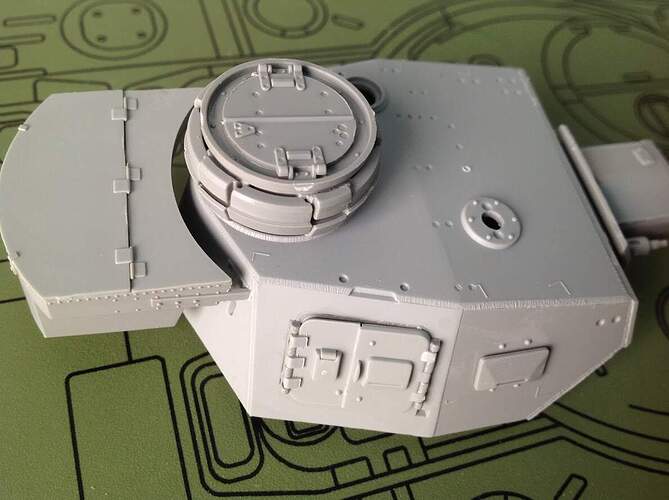 Wow Ezra, looks like you’re off to a fantastic start with the Border Pz IV F2/G! The turret stowage box looks very nice.

Just curious does Border’s instructions mention removing the late G/H/J turret skirt attachment guides circled in white for a F2/Early or mid G ? There probably also a pair on each sise of the turret roof to the rear near the cupola. 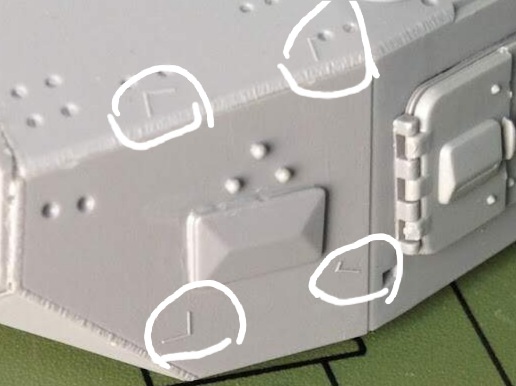 Thanks Wade! Acually the stowage box isnt even fully built!
After looking closer in the instructions there is a small icon telling you to remove them. Thats the next thing I will do. 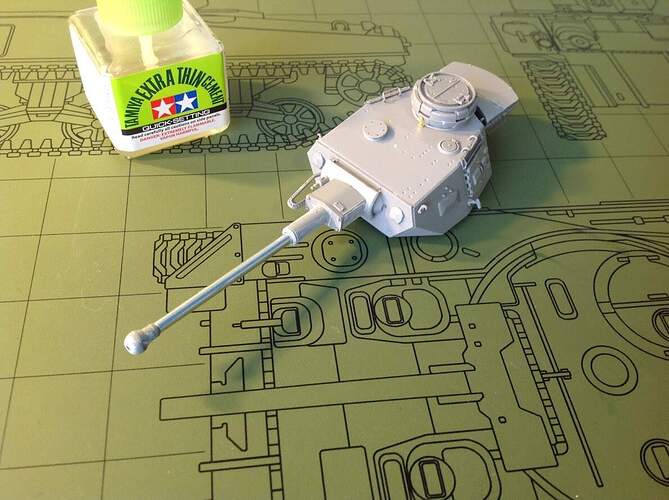 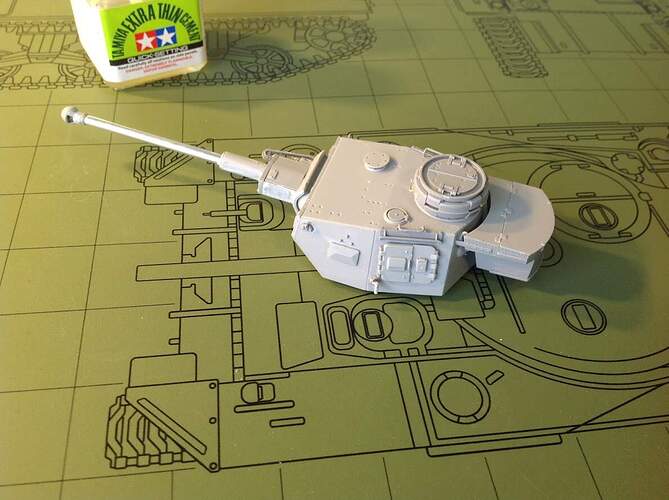 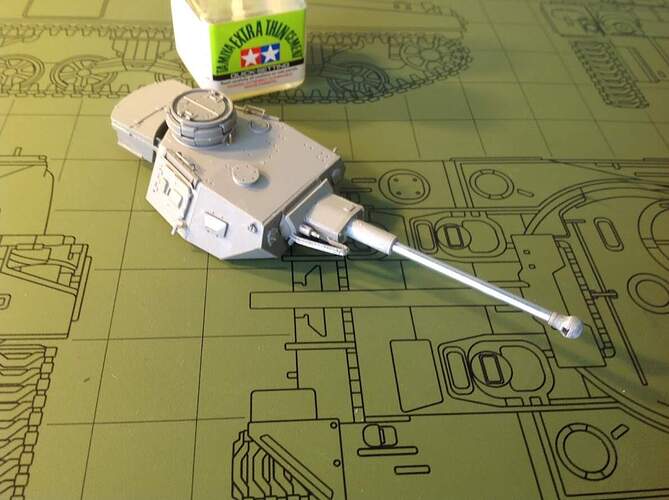 It’s obviously up to you how you elect to paint it but I very much doubt that any F2/G sent to Africa had Dunkelgrau under the Tropen scheme. By that stage they were being factory painted as Tropen so it was only the early PR.5 arrivals which left the assembly plant in Dunkelgrau.

Ooh no I wasnt saying I was gonna do mine with Dunkelgrau under the Tropen, Im planning on painting mine with overall Gelbraun with some Panzer grey chips showing through like on my Flak 88. I hope the finished build to look like the box art.

I figured it was time for another update as @DennisatAutoloader Dennis is making me look bad by having his Pz. IV already not only built but primed!

Started some work on the lower hull. 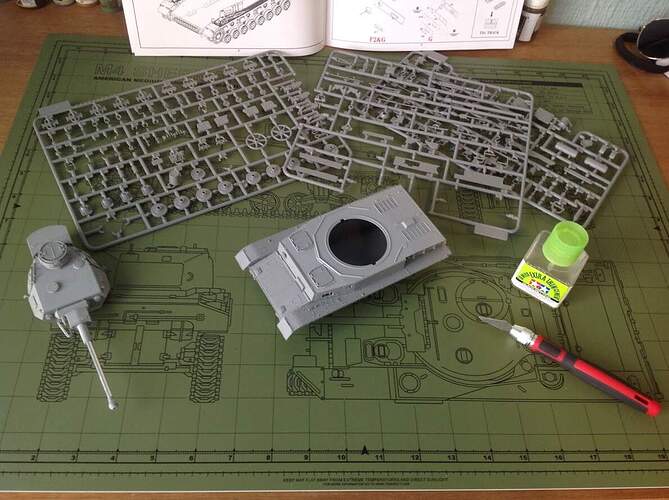 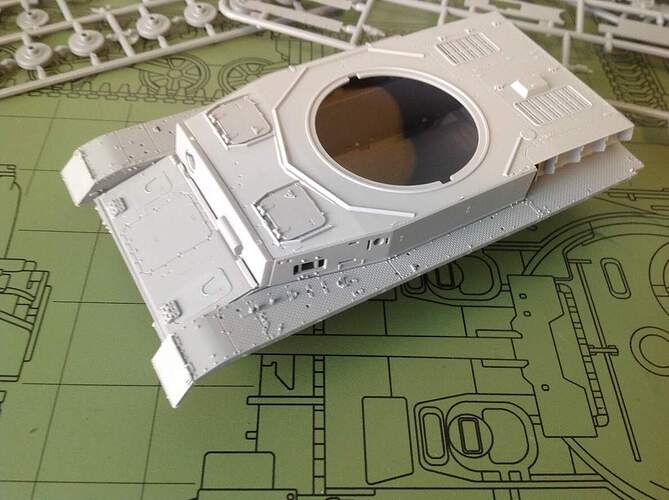 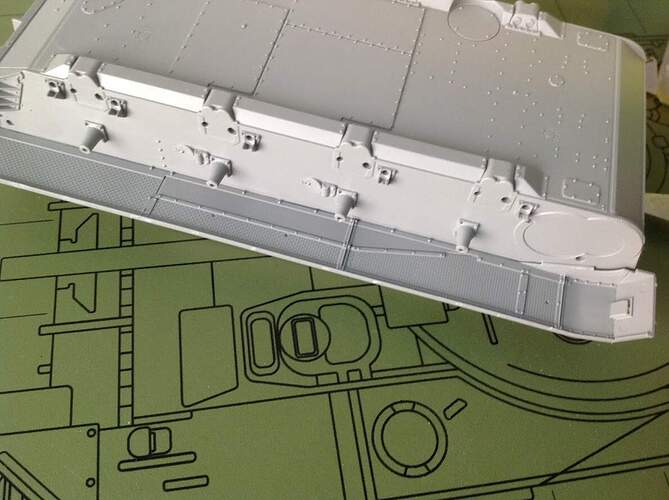 Here is my IV G mid/late by Border. I thought I was done and realized I need some splashes on the front hull. It was a nice kit - went together really smoothly. There were several little details that weren’t quite right or that I did not quite correctly (I’m more than willing to take the blame for that!). The link and length tracks are awesome. I wish I had built them before I put the fenders on…

Oh, not trying to steal Ezra’s thread, he had just asked about these earlier. 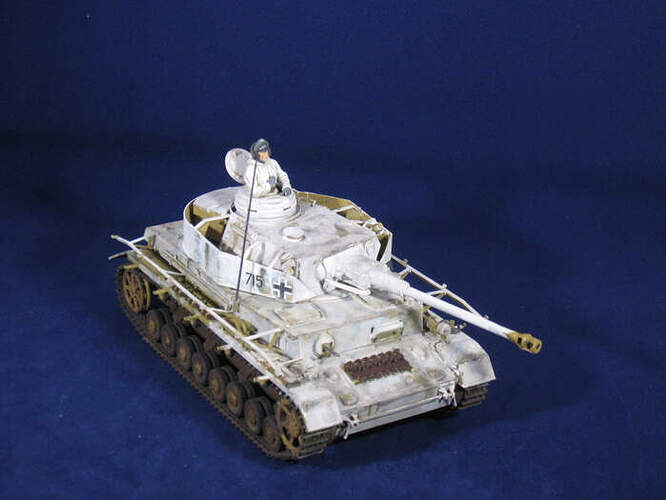 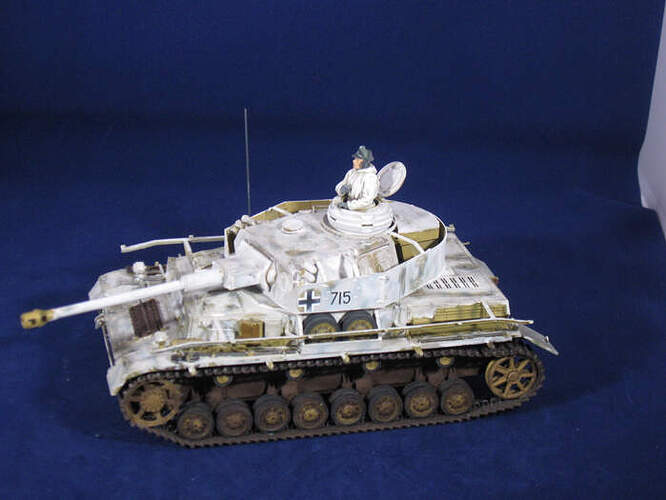 Did you fill the join line on the turret sides,the ones in between the vision port and hatches?