This is one Diorama I had recently completed

The KV-1 is a trumpeter, the 88mm is from tamiya, and the figures are mixture of tamiya and mini art 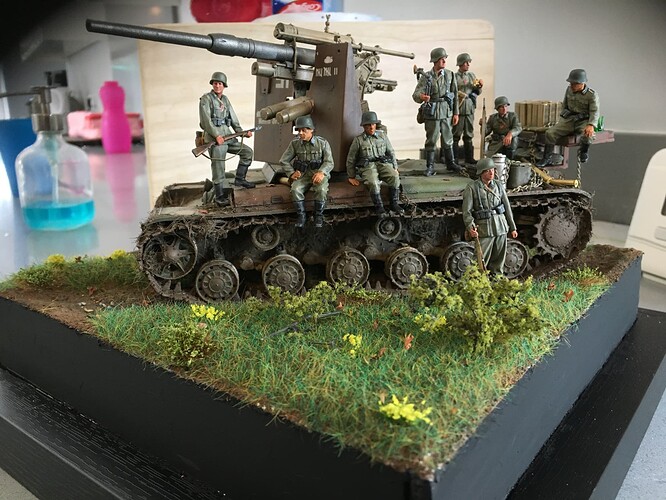 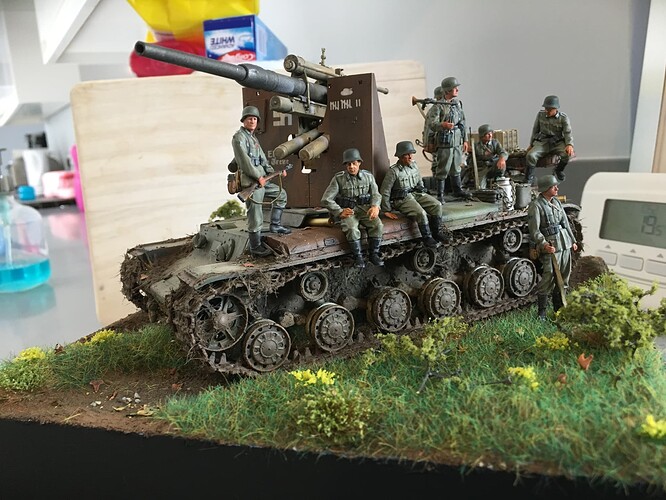 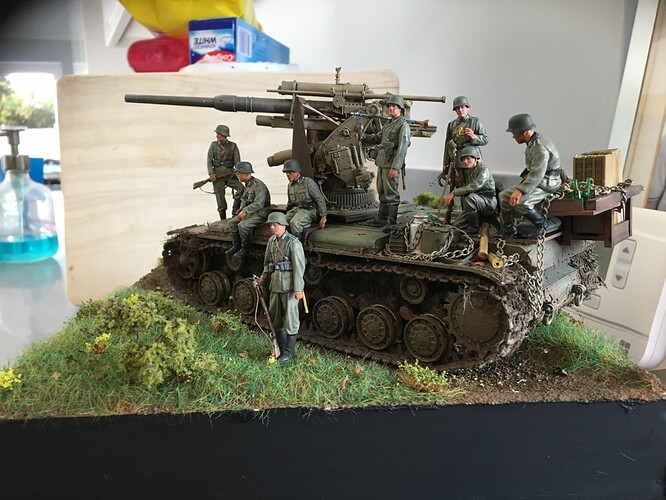 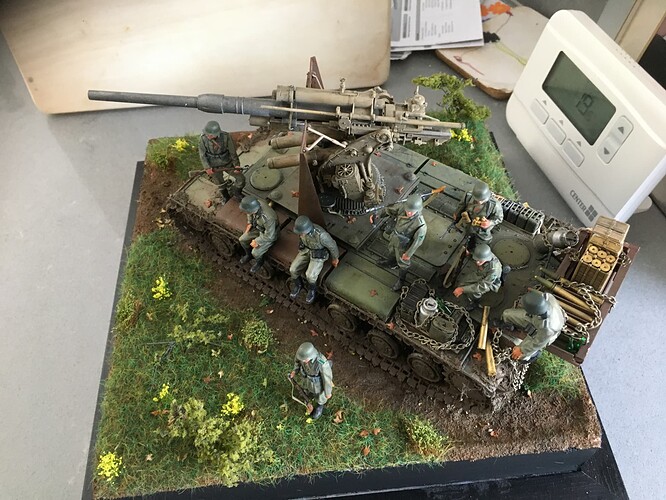 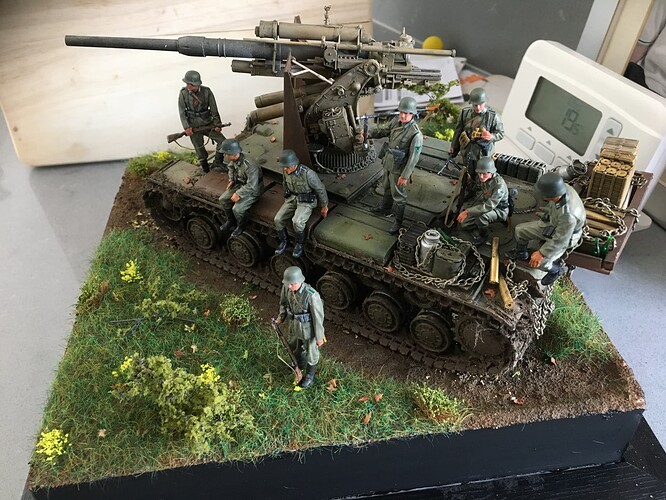 I quite like What-Ifs like this one; I assume a certain plausibility - conceivably if a KV could field a turret with a 152mm then coping with the stress and strain of an 88mm would be within its capability?

My guess it that it would be easier to mate the 88mm to the KV’s turret ring than to design a completely new turret.

I’m not suggesting that a turret should mount the 88mm, merely seeking confirmation that the mount as portrayed could cope with the gun. I suspect it could!

Nice. Figures are nicely posed.
Thought I’d seen a KV with an 88 attached but couldn’t find a photo after a quick search. Did find an 88 on a T-34 chassis… 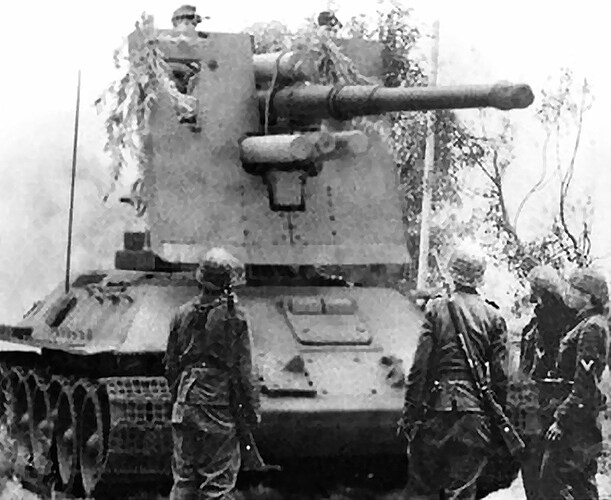 Well, I reckon that pretty much clinches the idea; if a T-34 can manage it, then I’m sure a KV could; I alwys like a “What-If” that could work. A very nice model indeed.

That photo has been conclusively proven to be a fake. It was discussed a number of years ago on Missing Links.

Here’s some information on it:

Fantastic Diorama. Looks great with a lot of attention to detail!

conceivably if a KV could field a turret with a 152mm then coping with the stress and strain of an 88mm would be within its capability?

I would imagine it comes down to recoil and operating pressures. How much strain did the 152mm put on the vehicle. I assume it was a low velocity round so wouldn’t have the recoil and energy of an 88mm?

We know of at least one that mounted the 7.5cm KwK 40 L/43 though I am sure it was cramped in there. I wonder if the KV-1 turret as built would accommodate an 8.8cm and its ammunition length without major modifications or if they would need to go the KV-2 route just to accommodate the size?

The good thing about models is we don’t generally have to concern ourselves with such things. We can just build it. And I do have the Trumpeter KV-1B 756 in the stash as well as some spare Tiger 1 guns. Wouldn’t be hard to do a barrel swap for a what if…hmmmmmmm

That sounds like an amazing combo the Tiger Barrel will look awesome.