I started this kit back in the spring of 2016 while i college and finally got around to finishing it. I used tamiya M48A3 as the base kit and was able to get an aftermarket barrel and cupola set to convert it to an A5 variant. For painting I used @Chris_Bryan step by step. I began with AK Interactive usmc forest green for the base coat and then added buff light and buff shadow to create the highlight effects. He then showed me how to create a wash/filter using master touch artisan oil paints with naptha thinner. For this effect i used a burn umber for the whole lower and upper hull, then i went back over the road wheels and sprocket and select few nooks with a Payne’s grey mixed with ivory black. I feel like this came out great and was a lot less work from what i traditionally do. After sealing it with a varnish i did some streaking effects using oil paints. Next up i used those same filters and washes on the rubber band tracks and also made a wash utilizing yellow ochre on top of the burnt umber I think the burnt umber wash to get a good discoloring. 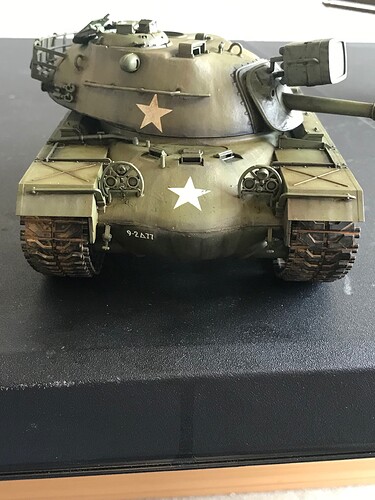 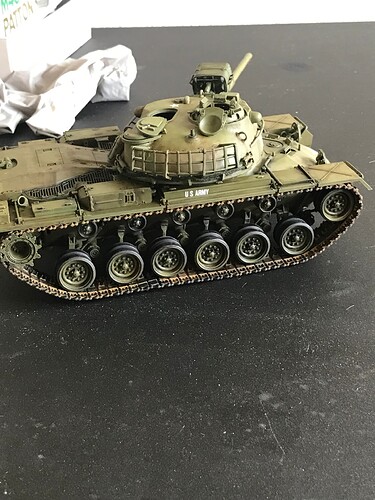 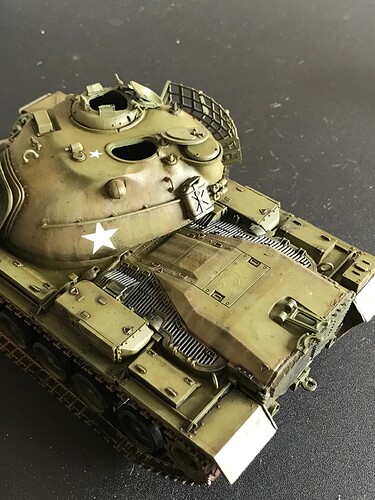 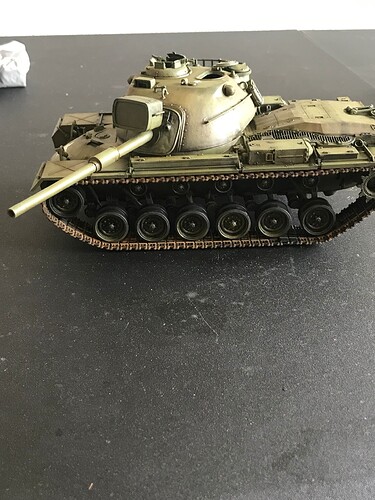 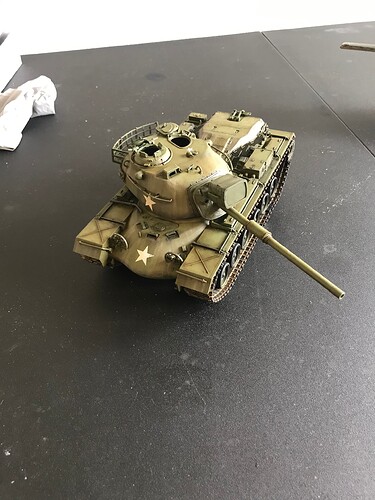 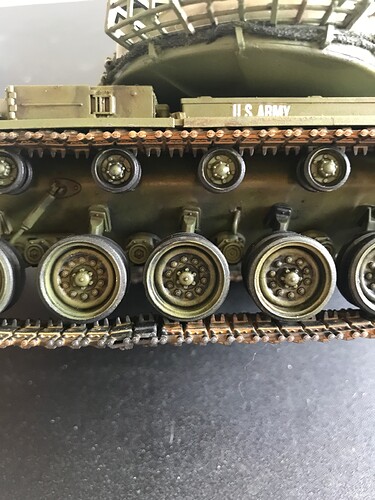 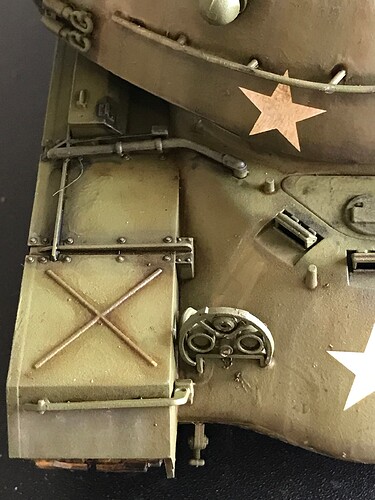 I plan on using this kit with a few others in a what if red dawn inspired diorama. Next up on the list is tamiyas M-113

My first armor kit when I was a kid was an M48Asomething; Revell I think. It’s cool seeing such a nice representative of that tank here.

@smolensk those three details i have to go back over. I had to wrap it up because im moving for work. Once im settled in I’ll be back at the bench. Luckily i have another one that I’ll be using in a diorama with it so I’ll perfect everything on this.

@loncray was it the M48A2 German kit from revell? It looks like a great kit from revell and have thought about getting it in the future. Thank you for the remarks I used the step by step posted on the forum by @Chris_Bryan and it worked wonders!

It came out great. Good job on it. The M48A5 is a favorite of mine too. I did one a while ago representing one from 2ID in Korea. 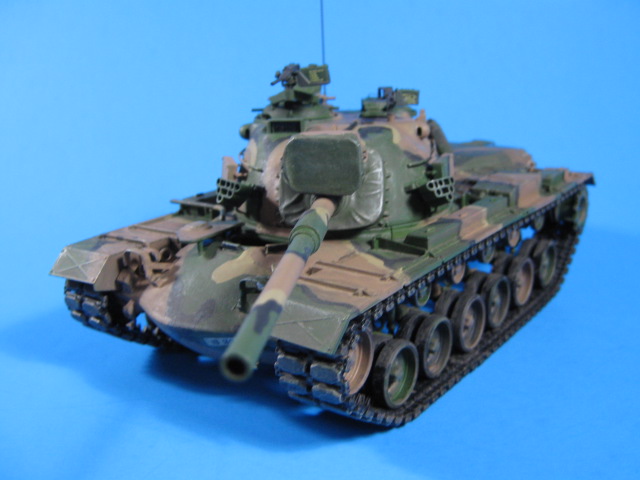 was it the M48A2 German kit from revell?

Probably not. I bet it was the old Revell/Monogram M48A2 kit, which was very basic. 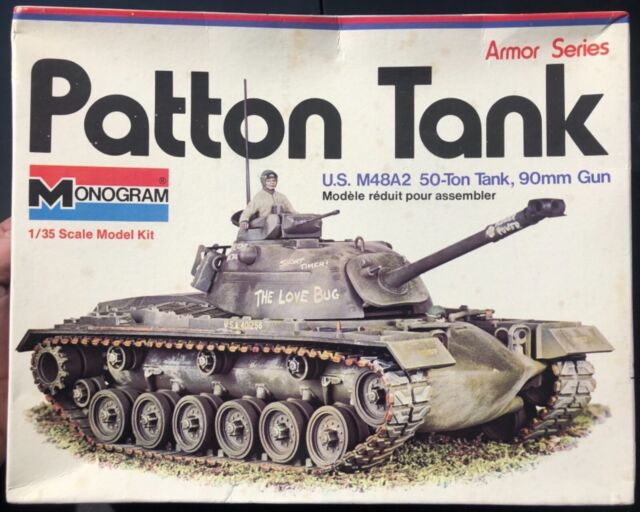 @HeavyArty wow that looks awesome. I love your camo scheme for it, what did you use paint wise for recreating that camo, was it used army wide or just for Korea? I forgot that 2ID had armor in Korea but i guess that’s why Lewis has M47 and M48s all over the place now. My inspiration for this believe it or not came from red dawn. I’ve talked about doing a dio from the movie for the last few years and i think you commented on fine scale and helped me a bit back in the day, my name there was Tankluvr. If you recall the scene when Jeb and then go to see the town after a month you see an M42 duster destroyed so this will be a diorama playing off that possible attack against the airborne forces that’s have landed.

Hi Greg. I do remember talking before. Thanks for the comments. On my M48A5, I used Testors Model Master enamels; medium green, dark tan, armor sand and black. I sprayed the green and tan and brushed the sand and black squiggles.

i forgot that monogram had an M48a2, is that the one that shep paine modeled?

Yes, that is the one Shep Paine super-detailed.

@HeavyArty thank you for the link! Is there any chance that vehicles in the same unit had camo on some vehicles and some vehicles painted in the forest green?

Not likely. M48A5s were only used by 72nd Armor, 2 ID in Korea and National Guard units. By the time they went to Korea, MERDC was the standard camo. They were outfitted differently in Korea as well; all explained in my build tread.

@HeavyArty ill give it a good review thank you for the quick insight!

It’s been close to 40 years now but I’m fairly certain it was the Love Bug model.

@loncray oh wow that must of been an interesting kit to have built.

Superb. Thank you for explaining the painting system.

@JPTRR appreciate the comment, glad my description was helpful to you!