Hey all, here are some photos of my nearly finished ESCI Nebelwerfer 41. Its built OOB except for some small details I scratch built like the fuses and the main wiring. I still need to add the firing cord and work a little more on the mud effects. I’m going for the look of a well Nebelwerfer being pulled behind a halftrack for miles through muddy terrain. 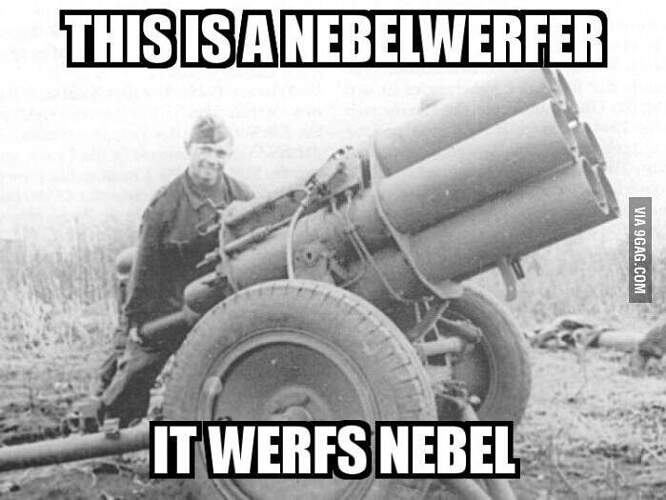 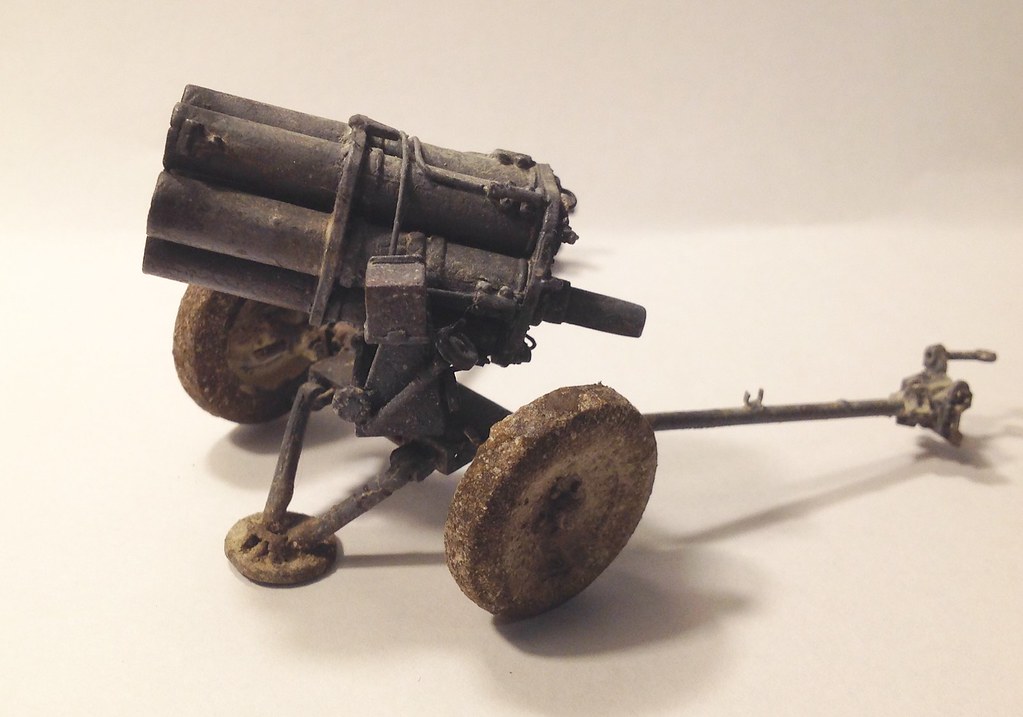 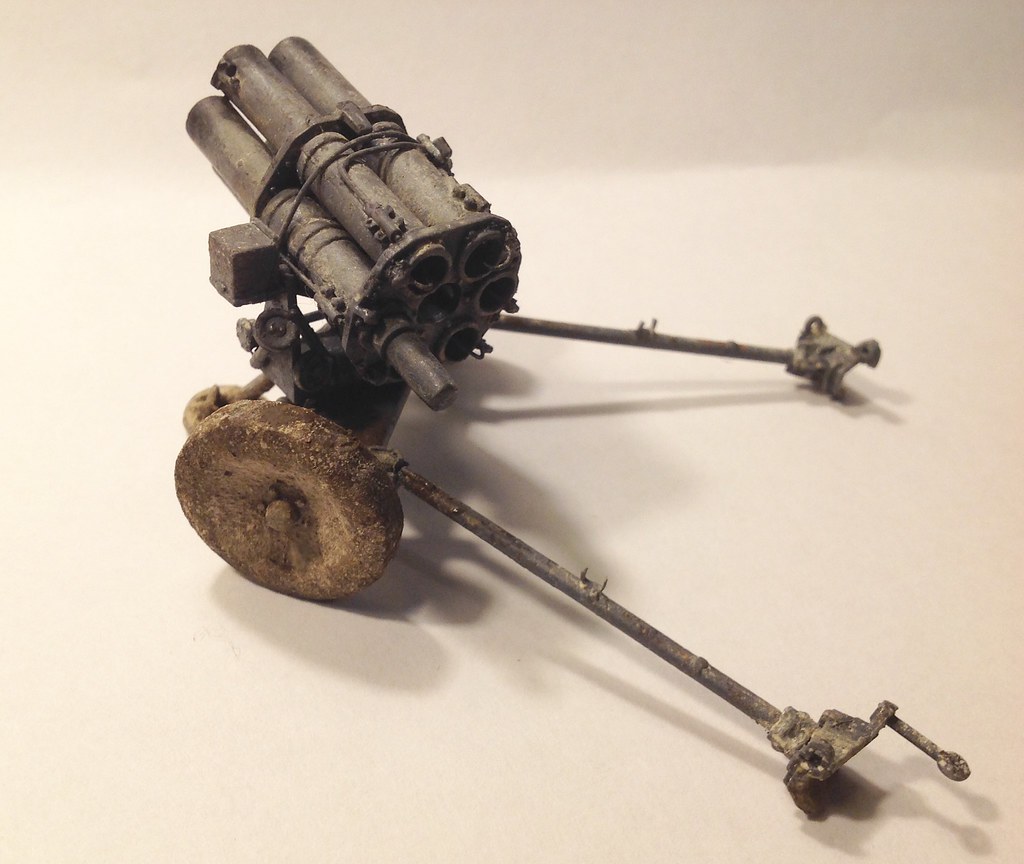 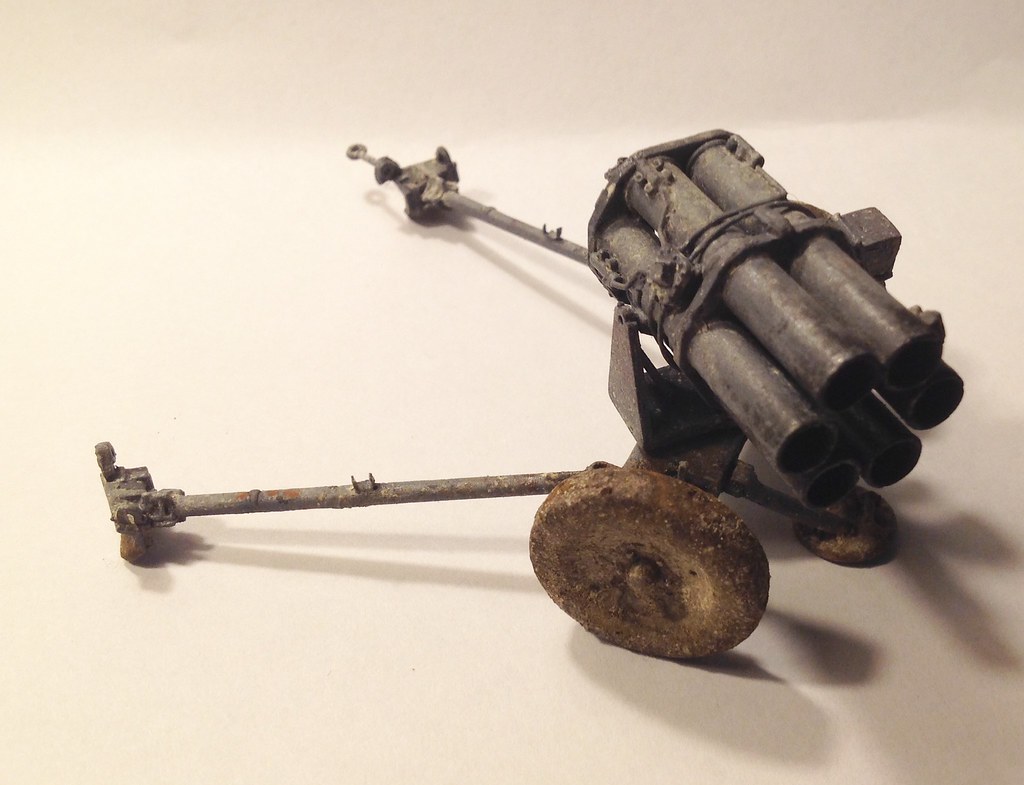 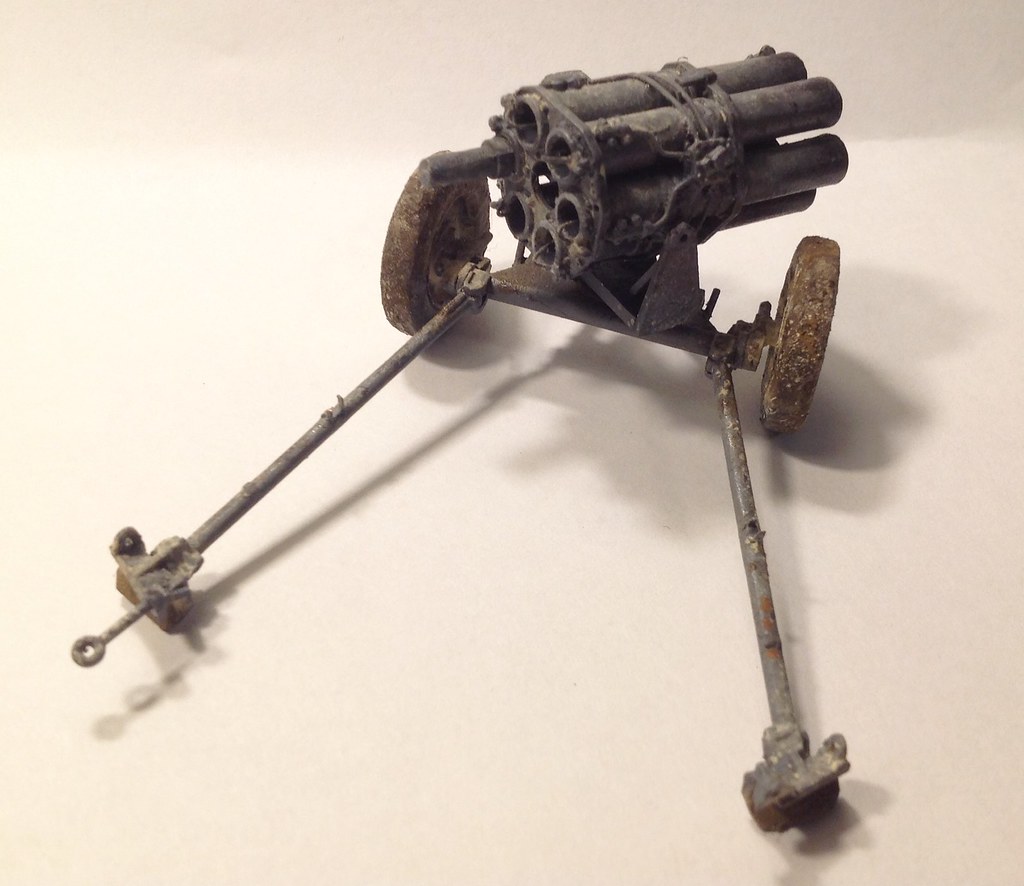 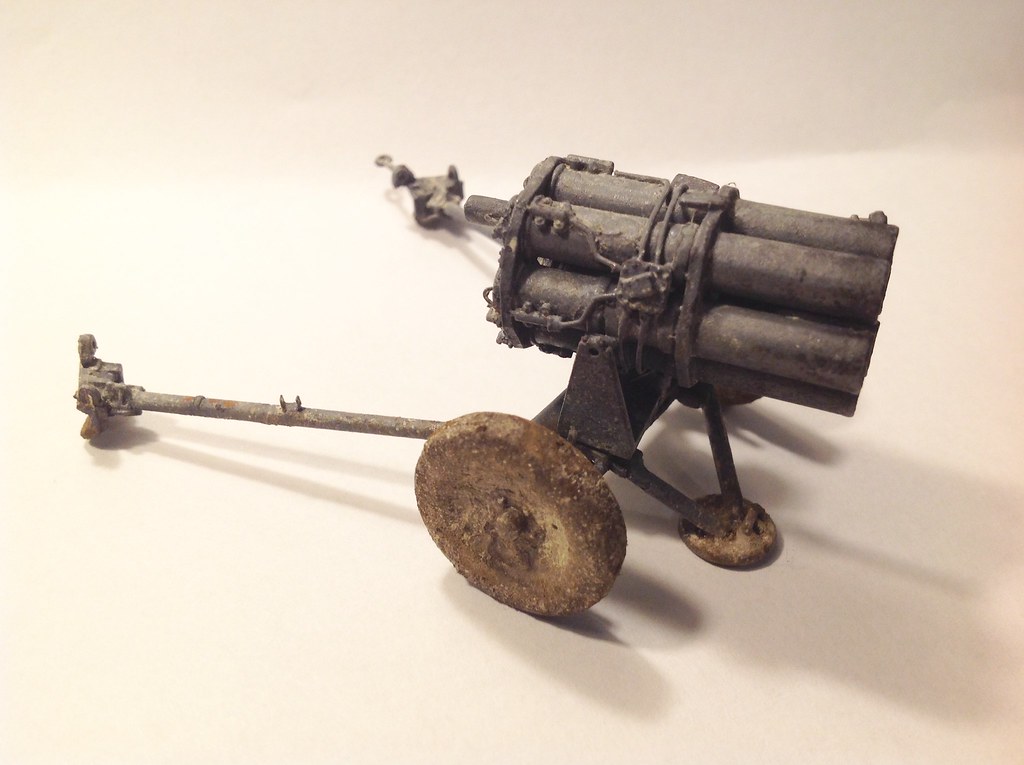 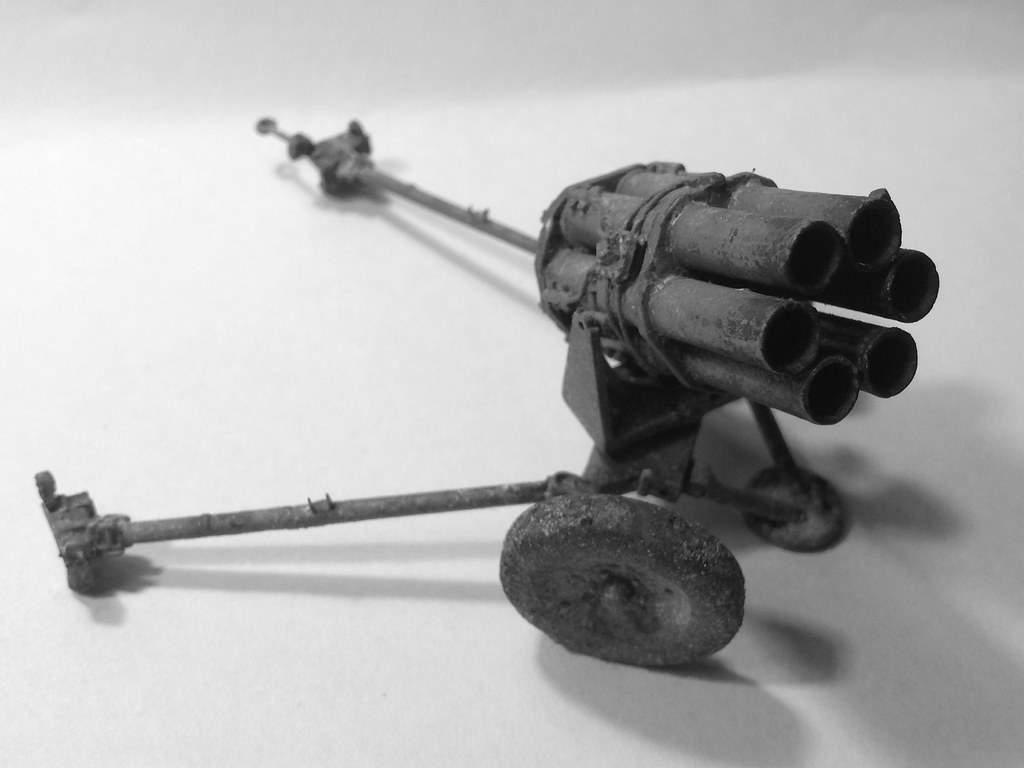 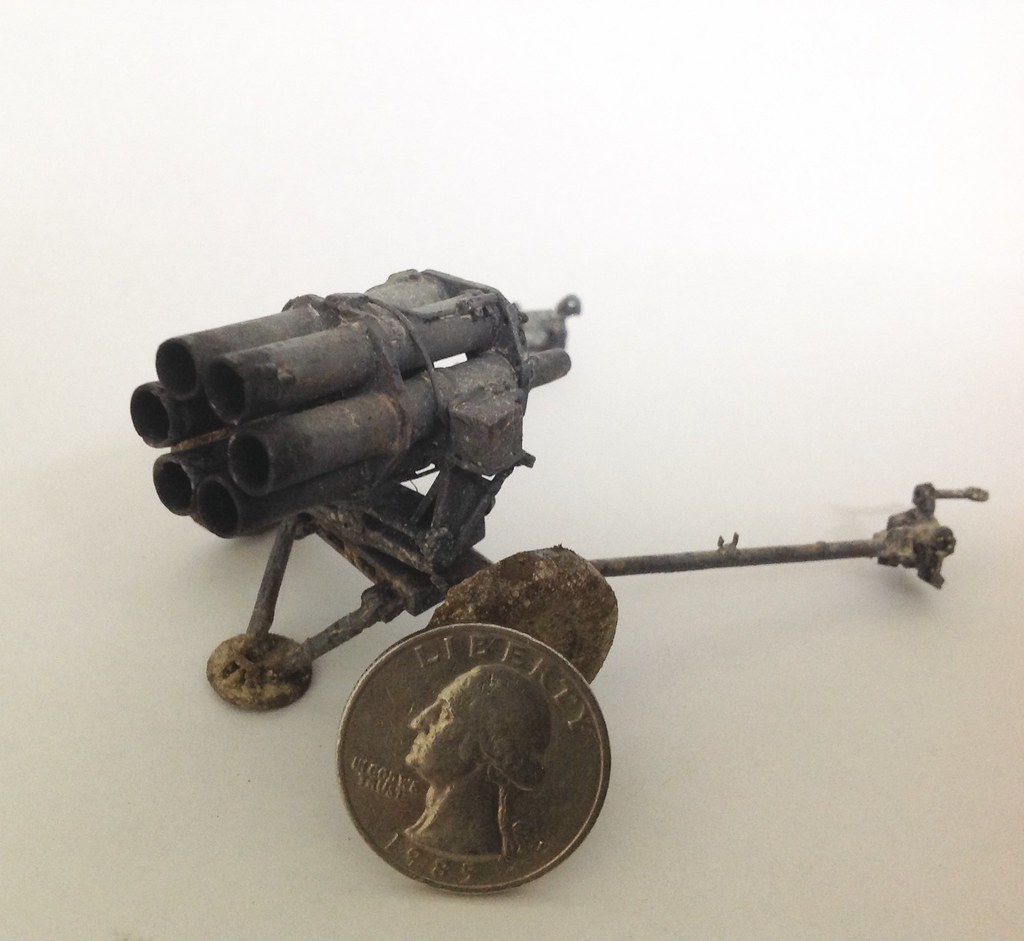 Nice work as always Ezra! I’m always impressed how you can take these older kits and make them look nice!

Thanks Mead! It certainly isn’t a contest winner but it looks great in my display case!

Brave taking on ESCI project. We’ll done Ezra. I like the look of the rocket launcher tubws especially.

Thanks Wade! Honestly its not such a horrible kit for its age.

That turned out really nice!

Looks really nice. It could easily be a contest winner given the right kind of diorama setting.
Your mud looks very realistic.

@Panzer_modeler - it looks very good to me!
@creading - I definately agree.
Cheers!
L

Thanks guys! I hope to have it finished in a couple days then I may make a small dio for it.

Before I start a base, does anyone know if these were dug in? I plan on using the kits horrid figures with Hornet or Alpine heads and some Dragon details.

Of the many pictures that I have seen, they are all out in the open.
But who’s to say that some were not dug in.
Looking forward to your dio.
Cheers,

While not dug in or in the open…here is an idea you could consider…
partially concealed.
https://www.dday-overlord.com/en/material/artillery/nebelwerfer-41

Not dug in. As a group they would fire a salvo then move before they could be bracketed by the opposing force’s artillery.

Thats a really good idea joe! I want to do the dio in a winter setting with the crew in parkas and stuff so I could do the Nebelwerfer posed like in that photo but with some dead trees. I will post some progress pics and the layout soon.

Drew a layout quickly. Any thoughts? 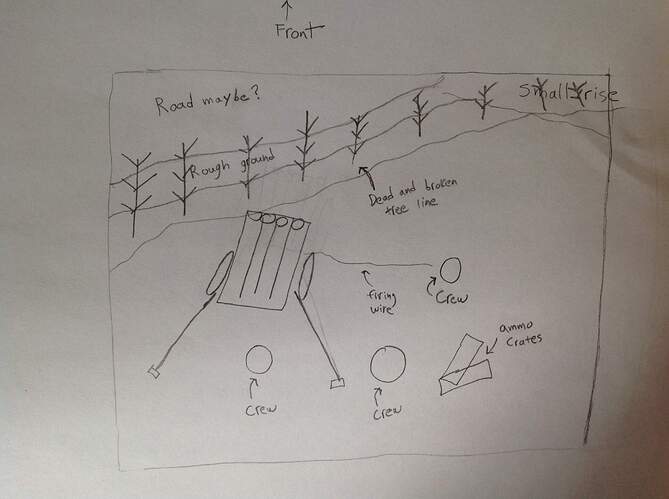 If the Nebelwerfer is about to fire, the guy behind the tubes should probably move to one side or the other.

Right that make sense. Im planning on showing that the Nebelwerfer is being loaded as I built it with 1 rocket in the tube, I plan on having 2 of the crew carrying rockets to load.

Really nice idea, Ezra.
Maybe tall bushes instead of trees as to not overwhelm the tiny
Nebelwerfer and crew.
Looking forward to seeing it!
Cheers,