This is my recent finished 1/35 USMC figures during OIF. I’m building a small diorama base for them. 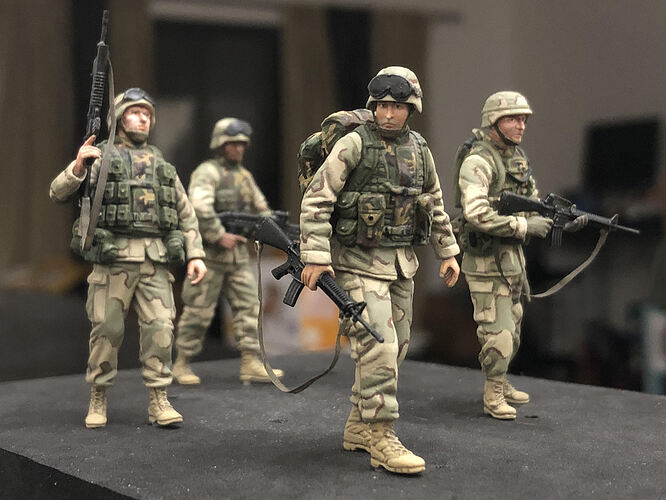 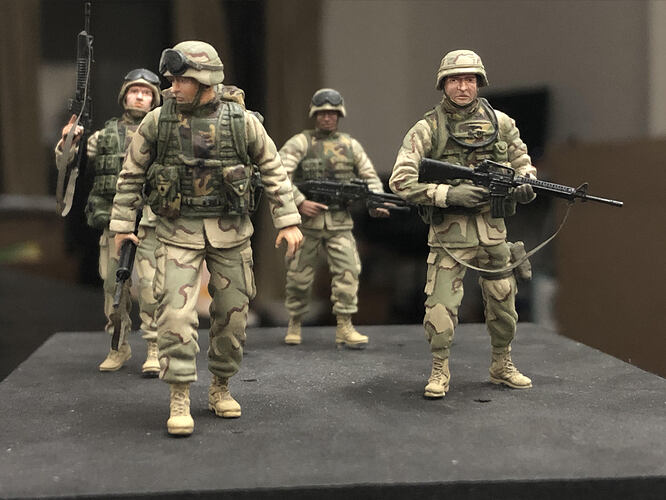 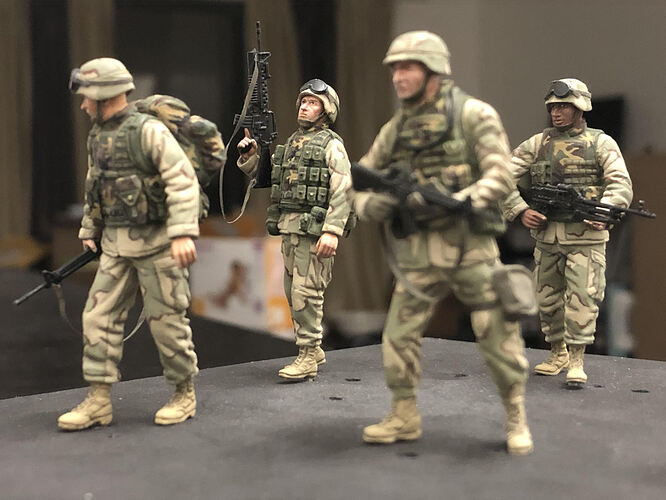 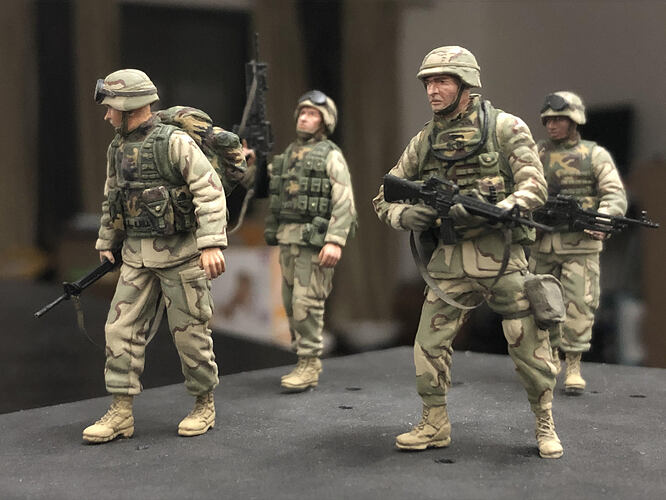 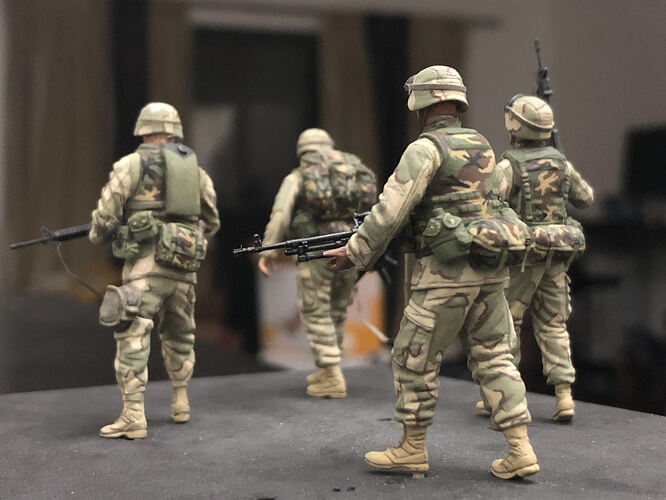 Man, that is absolutely beautiful!

As posted in the other thread, the figures are nicely done but it looks like Army DCU camo and not Marine BDU or digi camo.

the figures are nicely done but it looks like Army DCU camo and not Marine BDU or digi camo.

Some Marines wore the DCUs in OIF….
These are from 3/4 Marines 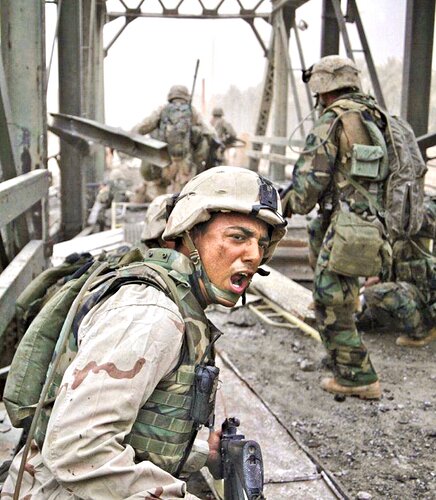 And to the maker of these nice figures, you may want to change the title to “FIRE” team, as opposed to “FILE” team…. “File Team” gives the mental image of supply or PAC clerks and their respective paperwork…

Every Marine is a rifleman. Yes, even clerks.

Wasn’t sure at first but thought I saw some pics in one of my Concord books of a Marine in DCUs. Cool….

Wonder if that’s the bridge over the Diyala River that the Marines were fighting for?

Haha, good catch. This typo is really funny. But looks like the Admin has already changed the title from “File Team” to “Fire Team”

Thanks all for the compliments! I’ll post more pictures when I finish the diorama base.

No admin but at a certain trust level any user change post titles. So I did to help you out.

Lovely work here, any chance you could share the colours you used for uniform

I added one more figure. And I believe now it is a troop, not a fire team? (I’m not very familiar with military units, so correct me if I made some really stupid mistakes.)

I, today, failed to build the diorama base as the UHU glue corrodes the EPS foam; sigh… I have to order more foams. Any recommandations for cements to glue the EPS foam and the balsa wood sheet? 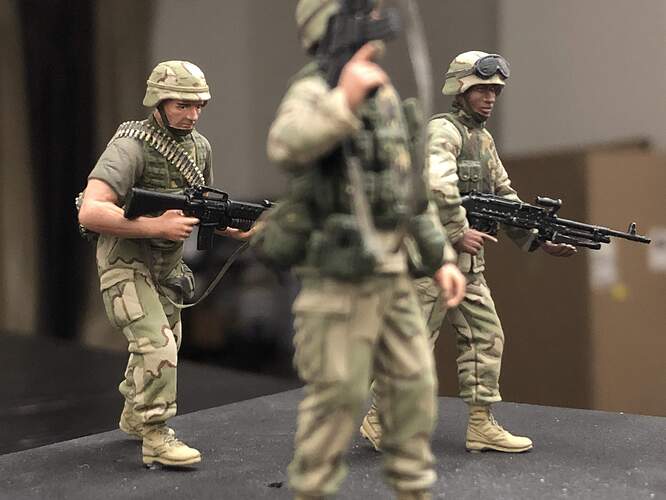 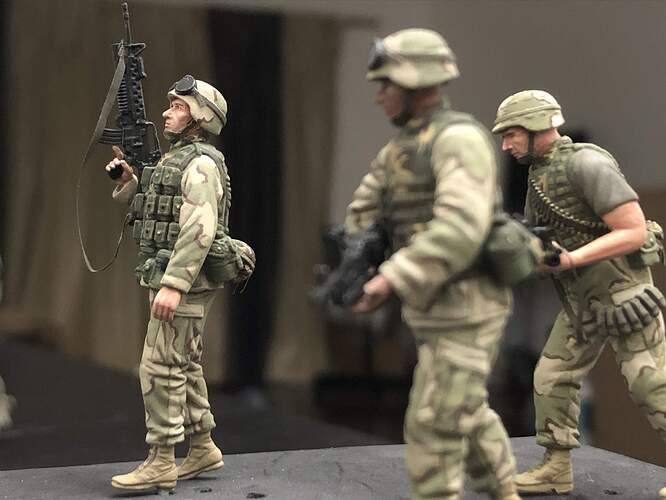 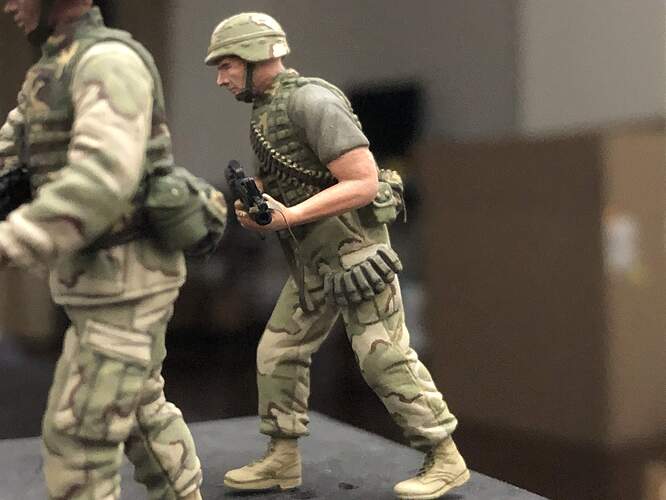 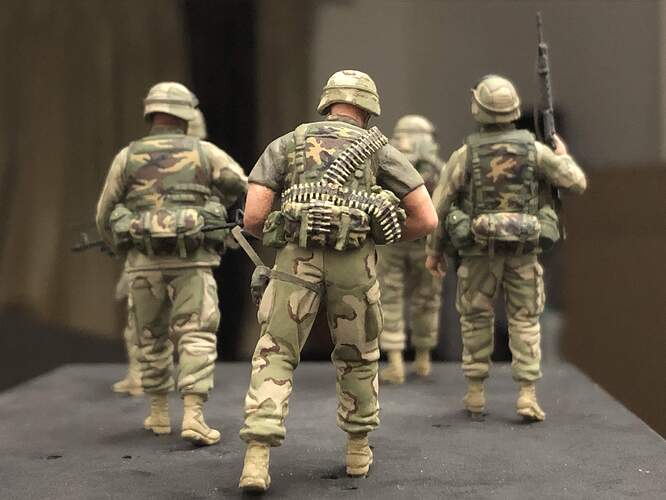 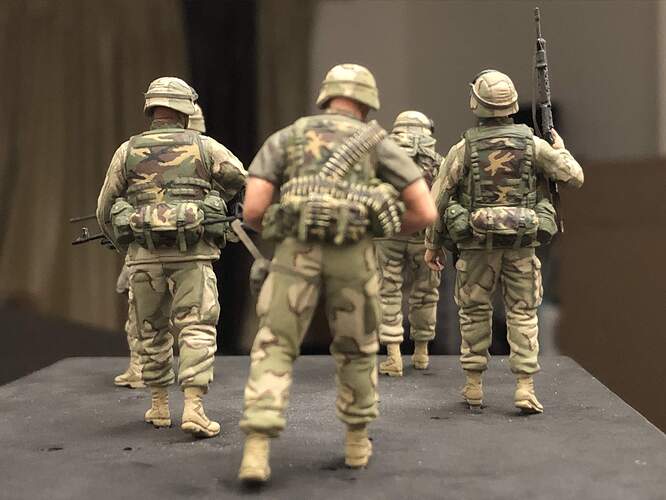 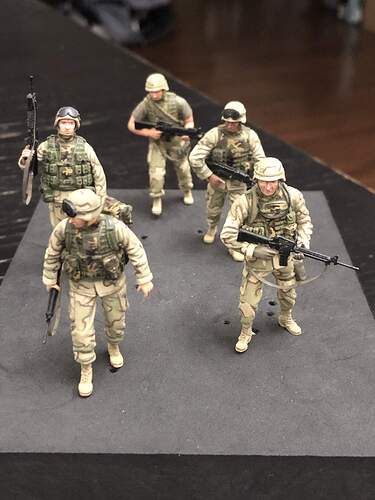 I always use simply PVA glue, after reading a lot of internet sites and watching youtube video’s.

Yes you were right the first time, it is a fire team. Usually between 3-5 troops with 2 or 3 teams making up a squad. At least when I served that’s the way it was set up. There are variations in size between Mech, Airborne infantry etc and maybe differences between the Army and Marine Corps. Beautiful job once again!

The work on the figures is just amazing .

Yes, Fire Team size depends upon unit type Table of Organization & Equipment (TO&E). Long ago I was a fire team leader in a M113 Mech Infantry unit. Our paper TO&E was for an 11 man rifle squad which was two five man fire teams and the squad leader. The fire teams were broken down to Team Leader, two rifleman (M-16), one grenadier (M16/M203), and one automatic rifleman (M16A1 full auto or later M249 SAW). On smaller squads/fire teams, usually one rifleman is dropped from the TO&E. In any squad, one rifleman is usually assigned double duty as radioman, while another can be an anti tank gunner with a Dragon or Javelin ATGM. Or one is a machine gunner with a M60 or M240 machine gun and the other rifleman in the team is the assistant gunner carrying the tripod & spare barrel.