Hey all!
I got a quick question, If I was gonna build a Canadian Ram Kangaroo what would be a good way to go about this? 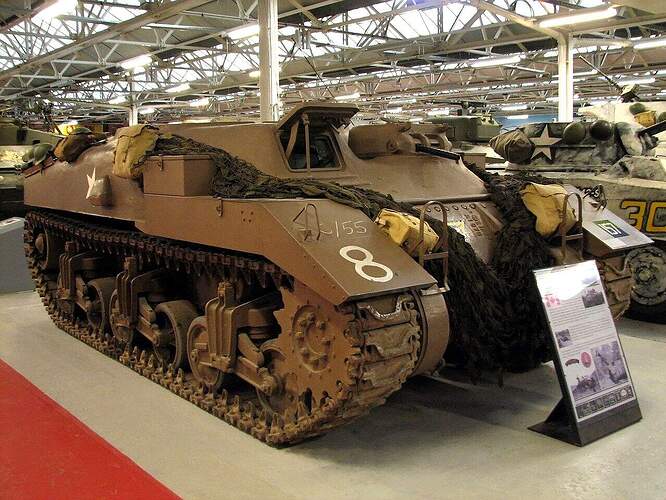 image1280×960 228 KB
The Ram Kangaroo is pretty much a Ram tank with the turret ripped out then used as a APC.
I know there are a couple resin sets out there but they are either inaccurate or very hard to find.

Would it be possible to take the Bronco Ram kit, and a M3 interior either from Miniart or a resin set (The Ram was based off the M3 Lee/Grant) and smash them together in some unholy kit bashing and scratch building? (And use a Shermie drive sprocket and T48 tracks)

Or if anyone has a better idea I’d be very happy to hear it.

I have the WVC35001, 1/35th scale Canadian Ram Mk.II Series 4 Kangaroo from Friendship Models in 1/35th.
See also their FaceBook page for more info.
My Measurements here.
Designed for the Academy M3 Lee/Grant. For Shape, I like it better than the Bronco.

I also have the Academy 13228 M3 Grant, “El Alemein 1942” Special Edition.
This has two sets of Bogies, early & later, allegedly including the ‘corrected’ early, I haven’t measured them. This also included the major interior parts.

The Bronco CB35215 RAM Cruiser RAM MK11 early, which has the early Bogies & “H” pattern track, not CDP track and NO interior, as you note.

What you intend is certainly possible, and there have been recent builds (on TwitFace probably) but I can’t remember who or what base kit they used.
Resicast also do a RAM conversion.

Marcos Serra’s blogs are also worth a look.

As you intend/have to kitbash anyway, the Friendship/Acadamy combo may be a better starting point, & keep the Bronco as an OP tank, which did serve in the ETO.

Great thanks!
That Friendship resin set looks great! I’ll keep my eye out for a reasonably priced Academy M3 Grant!

super subject matter, the dawning of the Mech inf support of tanks on the allied side, an APC with the same armour and mobility as the tanks they are supporting, I wonder if there are many shots of the interior. 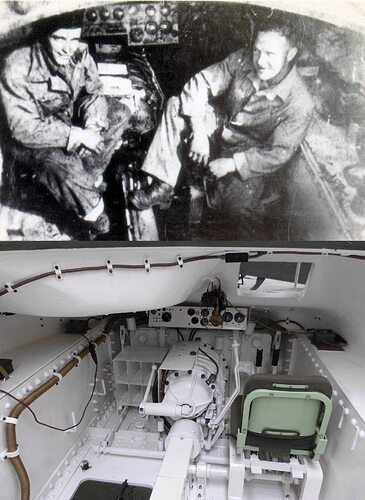 Somewhere I have a resin hull top for the Kangaroo. Think it was designed to fit a Tamiya hull. Looks nice, but just never really gave it a chance. Got it with a bunch of resin Firefly stuff That might have been Chespeek or Cromwell). It all came in a cigar box. The Firefly hull is the 1c I think.
gary

It lists current sellers, accessories, and often includes the instructions as a PDF.
It also has reviews, such as an Armorama one and this one on cybermodeler Academy M3 Grant, which includes sprue shots.

My other go-to is HobbySearch, aka 1999.co.jp as it often lists instructions (click on “list all images”) and sprue shots as here 1999.co.jp Academy M3 Grant

This shows clearly academy Sprue C contains most of the hull tub parts.
Sprue E has some small hull tub parts (Ventilation Blower??) and the turret interior parts and some early suspension components.