This is the Trumpeter 1/350 USS Hornet CV-8. I completed this build earlier this year for a museum that had a display honoring the 80th anniversary of the Doolittle Raid. This project encompassed a large amount of details including scratch built hangar walls, numerous ship and aircraft photo etch, brass accessories, custom aircraft decals, Over 244 3-D printed crew figures, 22 LED’s to illuminate the island and hangar deck, real wooden deck, a scratch built base giving the model an “At Sea” setting, and a custom display case from Grandpa’s Cabinets.

This project took 30 weeks and 660 hours to build. It represents how the USS Hornet appeared as it was leaving San Francisco Bay on its 18 day trek across the Pacific Ocean to launch the 16 B-25B’s of the Raiders. The camouflage was painted using Scale Colors paints. More photos are on my blog at 1/350 Trumpeter USS Hornet CV-8 – David’s Scale Models (davidsscalemodels.com) 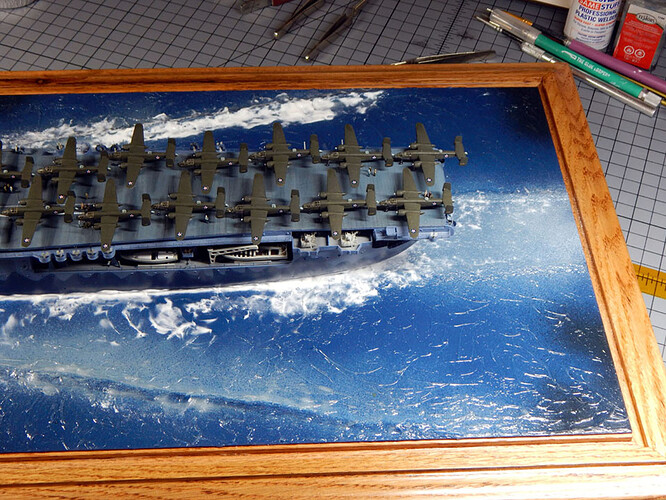 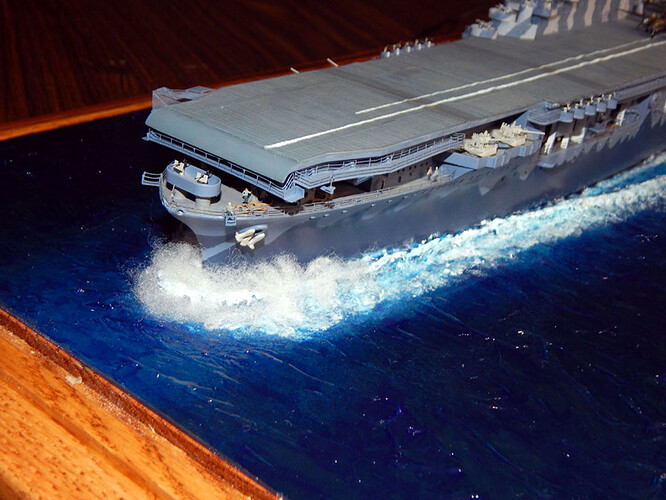 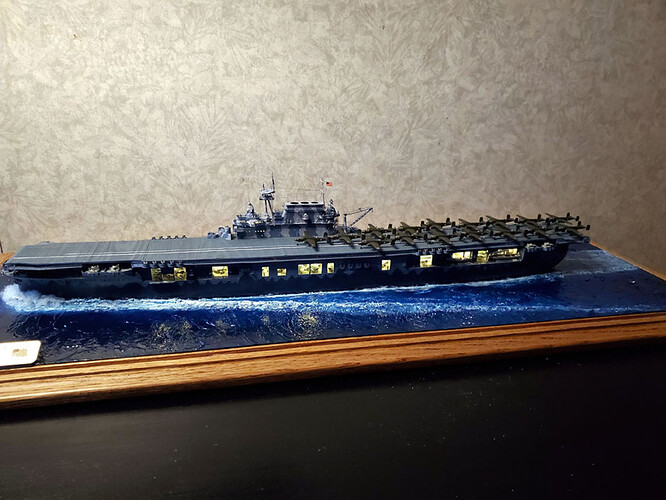 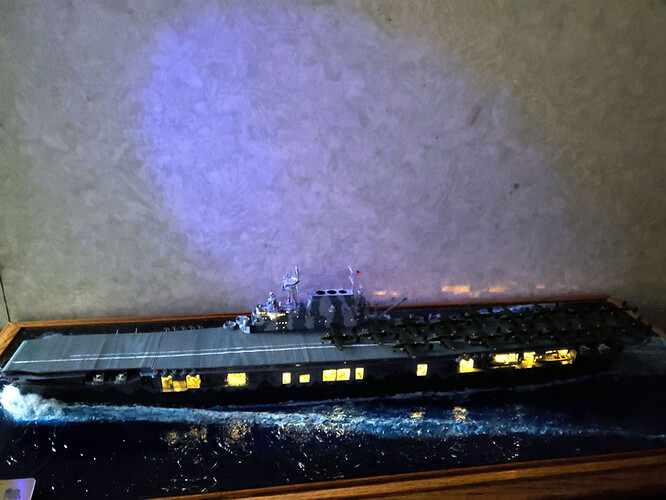 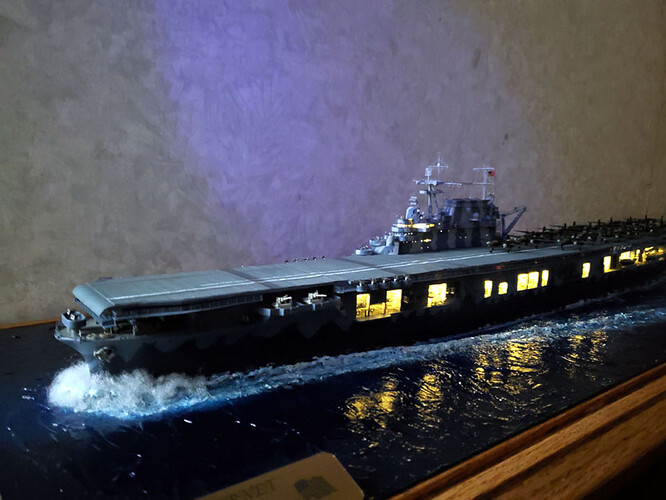 The 1/350 kit of Hornet’s sister, Enterprise, has been on my wishlist for a while now-how does the kit build up?

The kit itself is good except the lower hull. Trumpeter made the lower hull more like a cruiser hull. The bow section is too wide and is not as thin and pointy as the real ship. I have the deck plans for the Yorktown class and the hull does not match the plans until the waterline level. This is why I went with the waterline display.

This is interesting to read your comments David.

Do you happen to know if Hull sheer plans are available for the class?

In the photos, the flight deck looks very wrinkly. Is that just a trick of the light?

I used the Nautalus wooden deck kit. It laid down nicely but after a while it developed ripples. Not sure if humidity caused it or the adhesive they use. I followed their instructions which says to paint and weather it before applying to avoid shrinking and warping. I let it sit for a week. It went on nicely but about two weeks later it started to get a little wavy.

I have a copy of the ship building plans for the real ship. It has a sheet for every deck from the keel to the top level of the island.