This is a project I’ve been working on for a long time now, and one I’ve been wanting to do for even longer. The P-3 Orion has something of a legendary status in the Netherlands due to its service with the Dutch Naval Air Service (Marine Luchtvaartdienst). I wanted one for my collection, but 1:72 is too small for me. When I saw One Man Model from Japan announce one in 1:48 scale, I knew what I wanted. I knew it would be a difficult build, as the entire kit is 3D-printer on an FDM printer. Once the kit arrived however, it turned out it would be even harder than I had imagined. 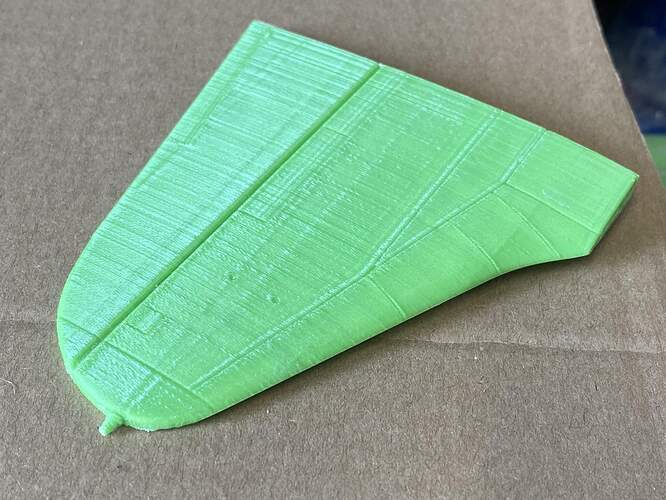 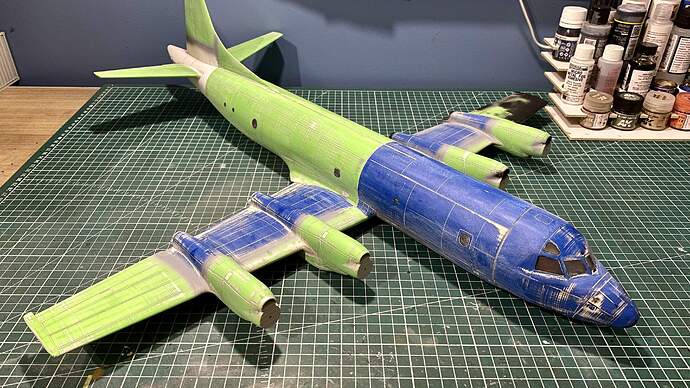 The kit is riddled with print lines, as is to be expected, but even more so than I expected. This is also true for the small detail parts, which makes them completely useless. Clear parts are provided as a piece of foil, which looks exactly as you’d expect. And to top things of, the fit was terrible. Much sanding, filling and gnarling of teeth ensued, but the hard work paid off and I’m more than happy to have a P-3C Orion in my collection at a very impressive scale.

The model represents a Lockheed P-3C Orion of Vliegtuig Squadron 320, Marine Luchtvaartdienst. The Dutch maritime patrol force was stationed on NAS Valkenburg (tailcode V). A permanent force was also stationed on NAS Keflavik in Iceland as part of NATO. Aircraft 312 was part of this task force. 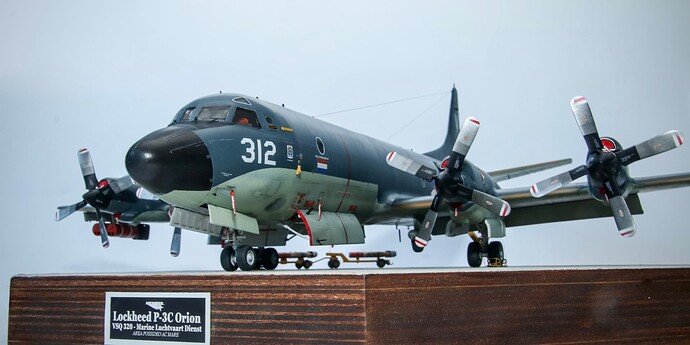 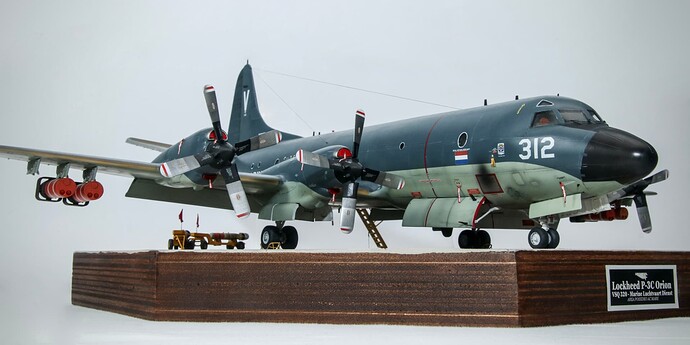 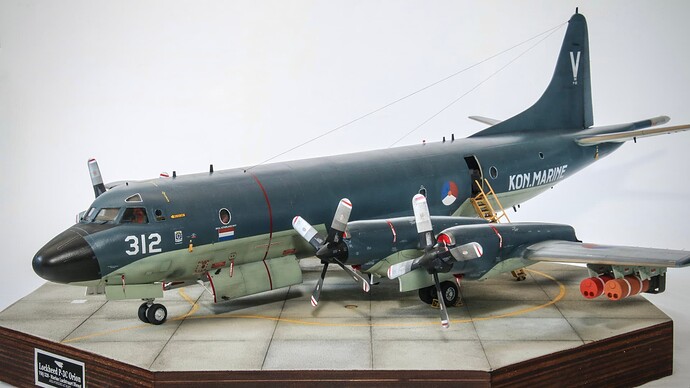 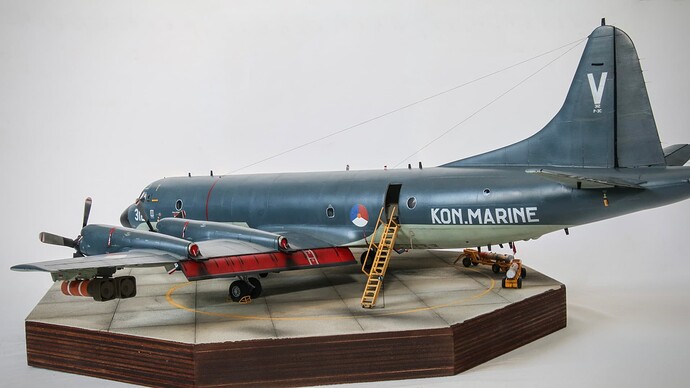 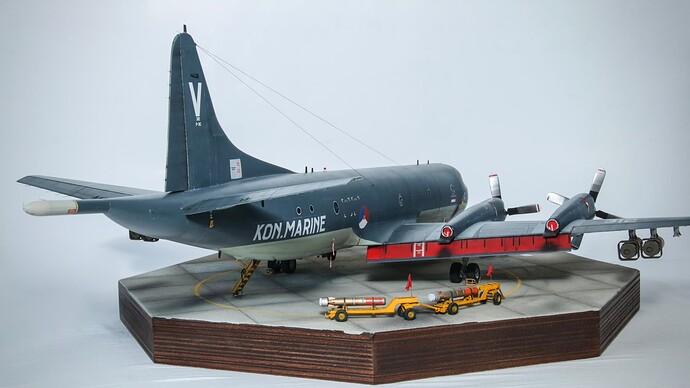 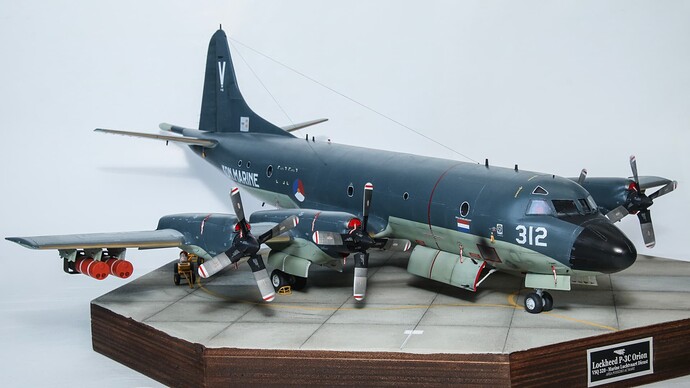 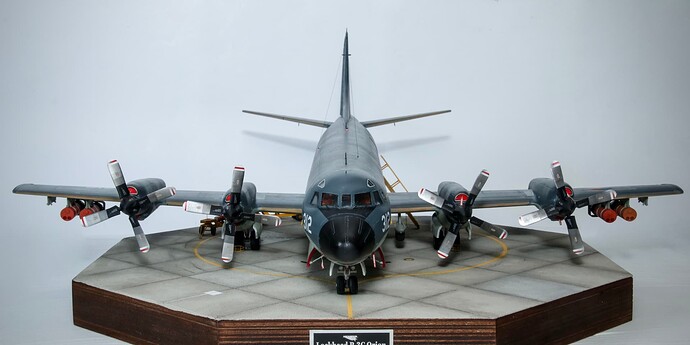 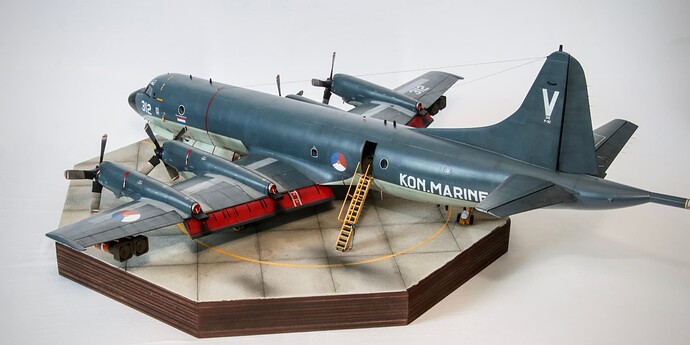 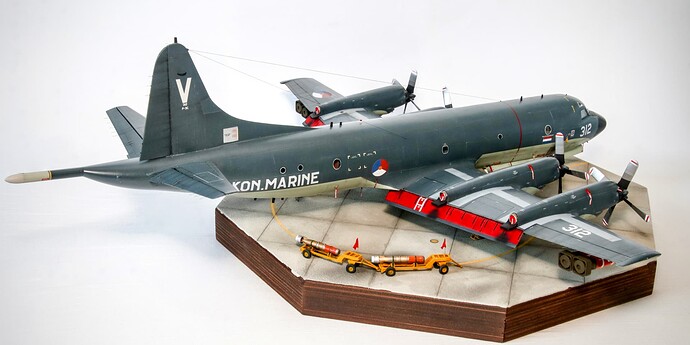 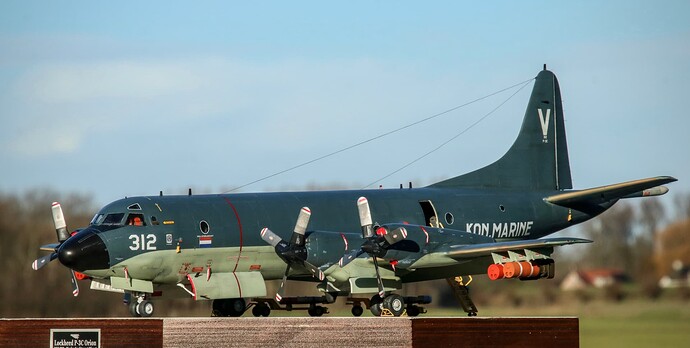 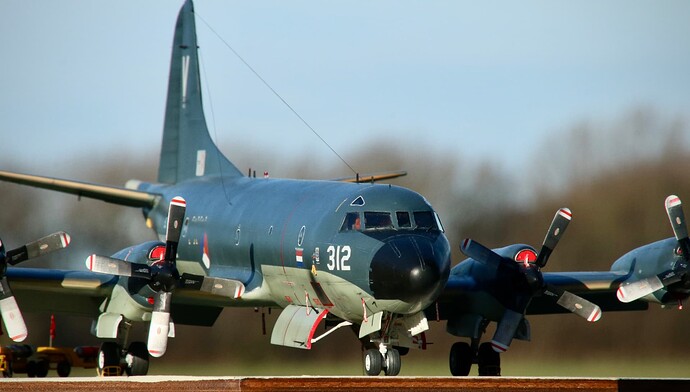 A superb build and a very nice display.

You did a great job. Back in the days I used to see them flying frequently as I used to live near the coast. You really did the iconic plane justice!

Wow, but what you made of it!!! Brillant!

Jasper that is one very impressive finish on your P3, at 48th scale it must be a fairly large display. I have to admit the last two photos are so realistic I thought they were 1:1 shots of a taxi- ing plane, supe nice model!

It is a truly stunning build of a beautiful bird. I admire your skills and your perseverance.

they came out of the old Lockheed Electra program. The Electra was a turbo prop air liner that was used till the early seventies.
gary