I have spent a good portion of the pandemic hunkered down at my modeling station and working on US WW1 artillery subjects. This one is the excellent French 155mm Gun GPF renamed by the US Army as the 155mm Gun Model of 1918.

There are only two kits of this historically important gun available - both in resin. I was unable to get DES Kit in France to respond to my attempts to order a kit; so, I purchased the US based Commander Models kit. A number of the parts in the kit were so poorly molded as to be useable and unfixable. I emailed Commander with a list of defective parts and they promptly sent me an entire replacement kit. The quality of second kit was better than the first. Between the two kits, I was able fix enough parts to build the model.

Both barrels were warped and had a noticeable seam from the two-part molds used. So, I ended up using the barrel and upper carriage from an Academy M12 kit that I had in the stash for conversion into a T30 ammunition carrier and the associated Eduard PE.

I spent about 30 hours cleaning and fixing molding defects in the parts prior to breaking out the glue. In addition to the Academy barrel, breach block, and upper carriage, I ended up scratch building the spades from sheet and strip styrene and copper rings. As I wanted to depict this in firing order, I decided to only build the top portion of the spades that would be visible above ground level. I added / corrected a lot of details to the carriage and limber.

I wanted to depict as gun 51 in Battery C, 148th Field Artillery AEF in a French 4-color camo scheme with bucking bronc & rider regimental logo on the trails. The completed model was primed with Krylon ColorMax rattle can primer from the local hardware store. I pre-sunned the upper parts with Tamiya white. After penciling on the camo pattern, I used the silly putty method to apply the camo. I used Tamiya XF68 NATO Brown, XF66 NATO Green, XF60 Dark Yellow, and XF53 Neutral Gray for the camo colors with XF1 applied with a fine brush for the black interline. A fellow modeler printed the custom decals for me on a color laser printer.

This ended up being a lot of work, but, the results were worth the effort. 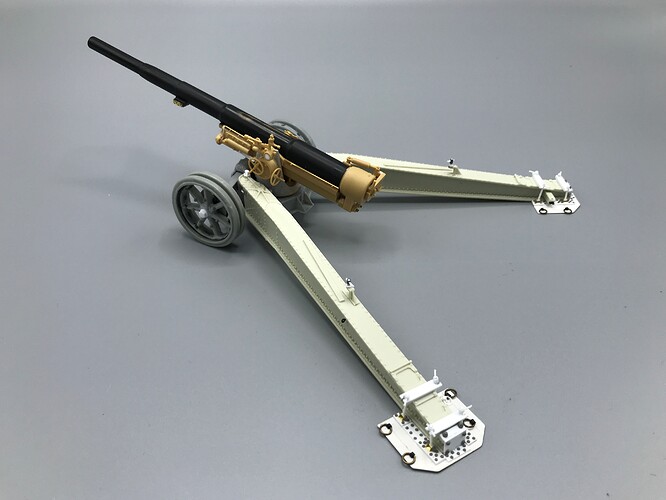 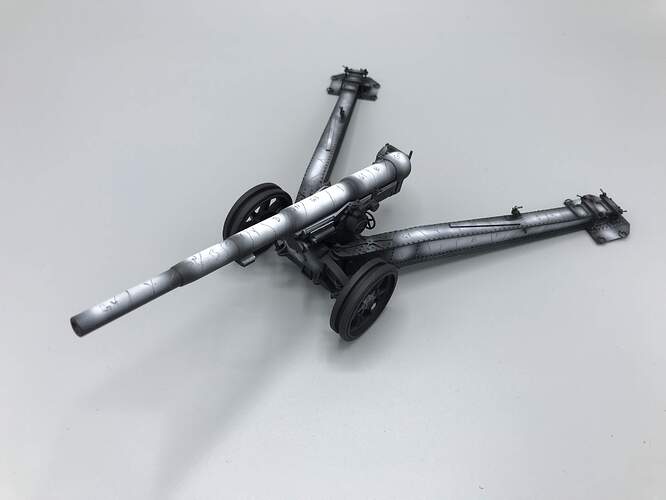 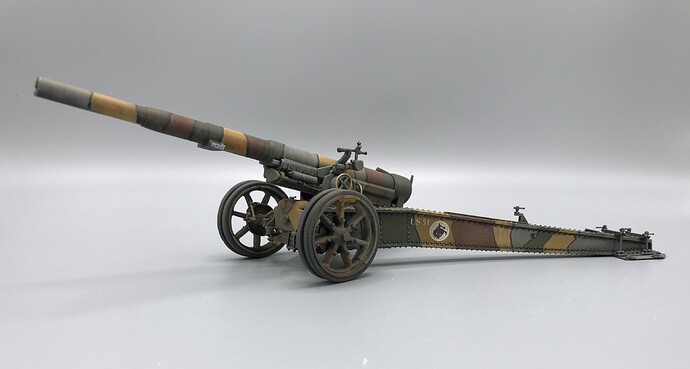 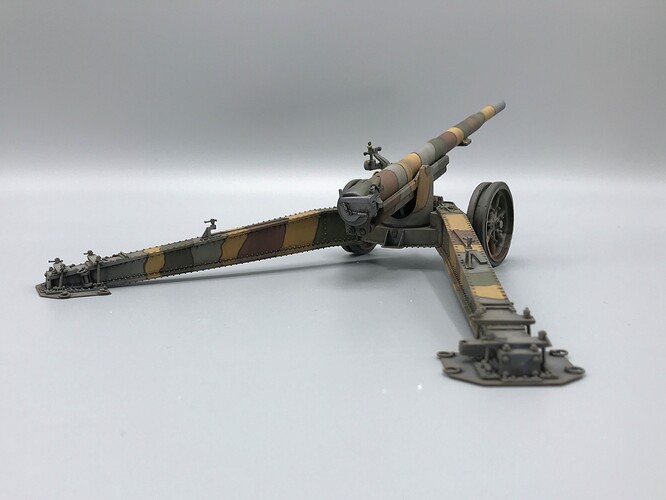 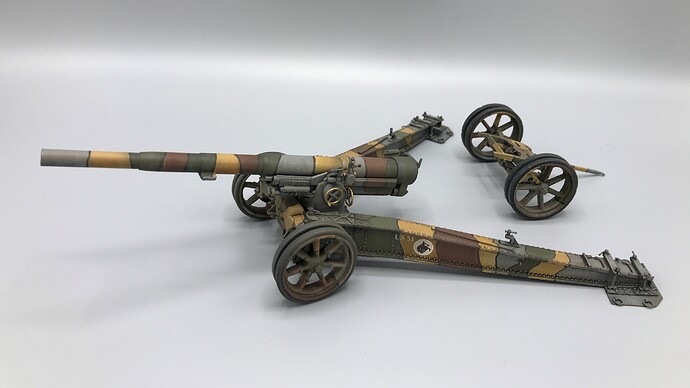 Wow! What a great looking Model and your paint job is out of this world. Well Done!

Wow! That is beautiful!

Thanks guys! These WW1 “dazzle” or cubist camo schemes are really interesting. They are a bear to paint and weather.

Very nice. Never even heard of this piece before, always neat to see lesser known subjects, and in an interesting finish too.