Anybody have any intel on this storage rack on the rear of the turret of an M46 with 1st Tank in Korea in 53? Have just seen two sketches , both of a tank at the Nevada Cities Complex in May of 53, supporting the Turkish Brigade. Looks to be a frame attached to the lower rear edge of the turret and cable supports to the upper edge. I have not seen any photos of this contraption. Is it a fig newton of someones hallucination? Or a very specific 1st Tank, 1953 field mod? Also, doesnt look very robust. Looks like a couple cases of K-rats and a couple 5 Gal. water cans would be max load.

I have not seen any photos of this contraption 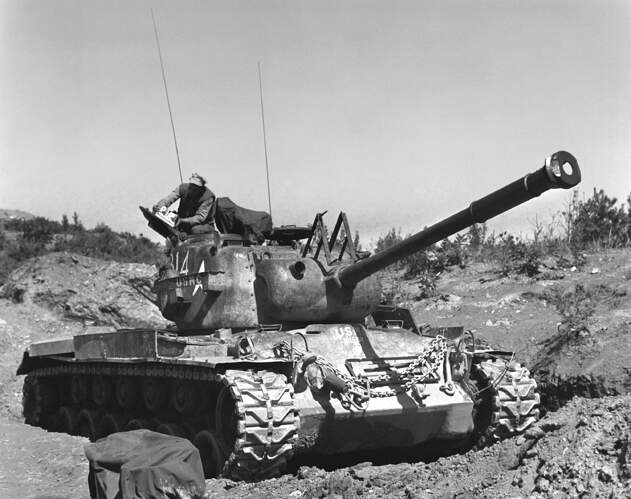 I would vote for a crew modification.

It is a field mod, it was designed to keep the spent main gun round casing to turn in per USA order due to the ammo shortage. Start forward of the ammo hatch and appears to run to the back of the turret. Sometimes the cases where put out the ammo hatch but most times it was throw out the loaders hatch. Per Ed Gilbert MC Tank battles Korea. 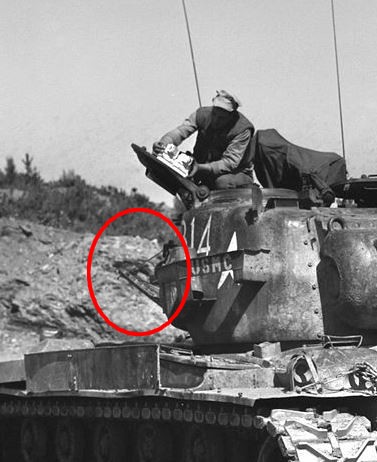 Not the one described by Ed Gilbert as seen below : 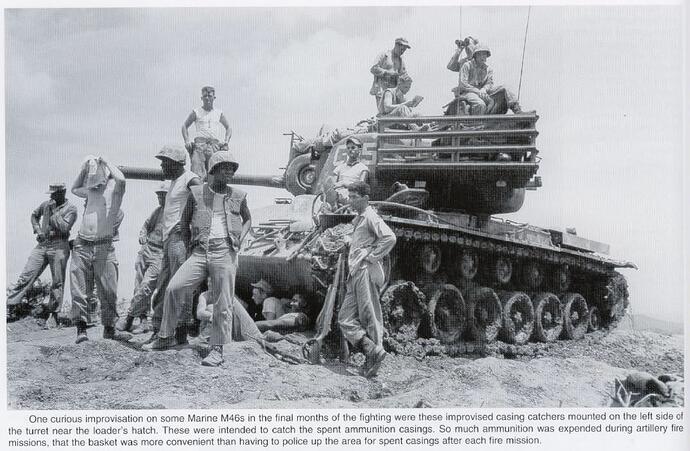 Thanks Frenchy. I’ve seen that photo a dozen times and not seen the rack back there. Fresh set of eyes… Least now I know it WAS a real thing.

Sometimes the smoking gun is right under your nose…