Well when @PaulG posted his really nicely built German 20mm Quad Flak gun it reminded me that I had one of those built up that I had made eons ago when I first got back into modeling sometime in the early 1990’s. I had fooled around with a couple planes but the Tamiya Quad Flak was my first ‘armor’ so to say. Lot of ‘firsts’ on this one- I drilled out the barrels (which was a big deal, I’d read about it being done in Fine Scale Modeler). I built a small display base. I attempted to create a “snow” scene. I drilled out the gun sight and added crosshairs. And this was my first attempt at figures (thank goodness the faces are mostly hidden) and I entombed it in a plexiglass case (which is probably why it has been around the house so long without being broken)
At any rate, although aged, these were state of the art kits back then (I think they came out in the early 80’s or maybe even the 70’s)
Who all has one of these in their stash or built up? Lets see it… 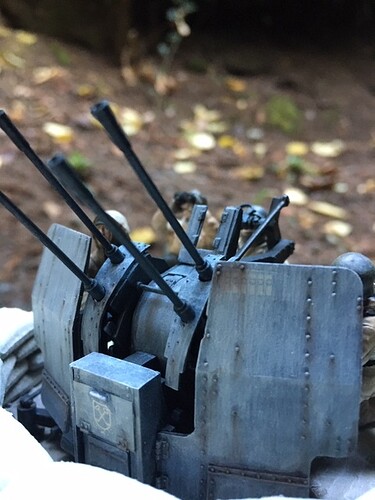 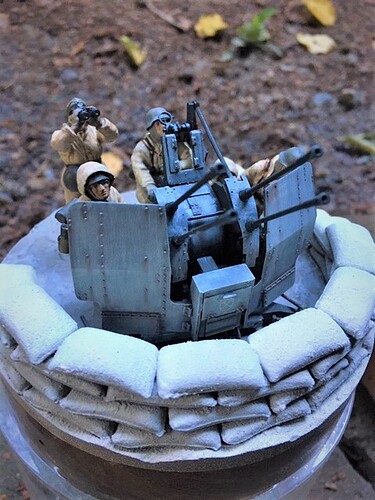 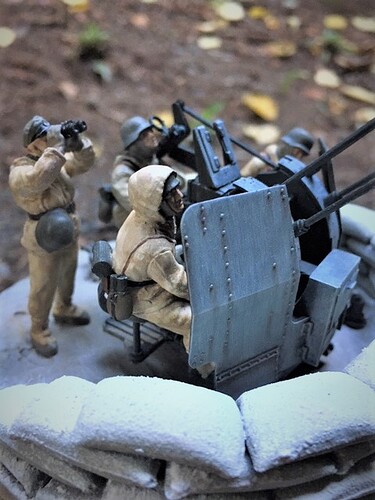 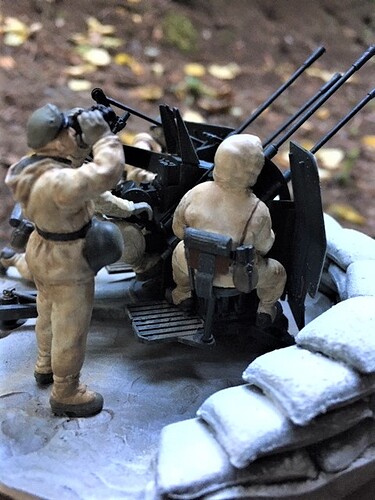 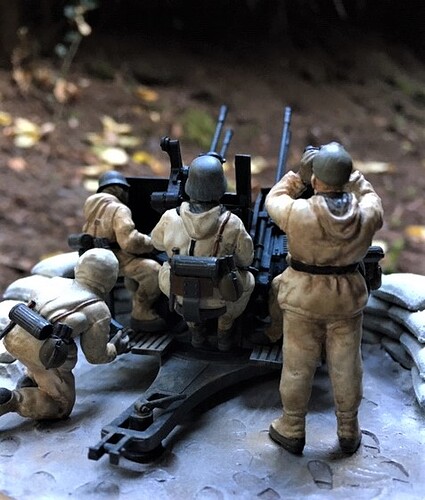 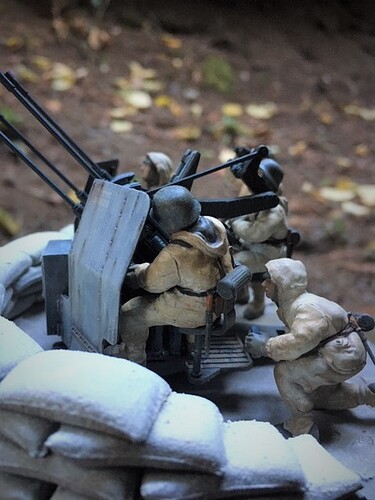 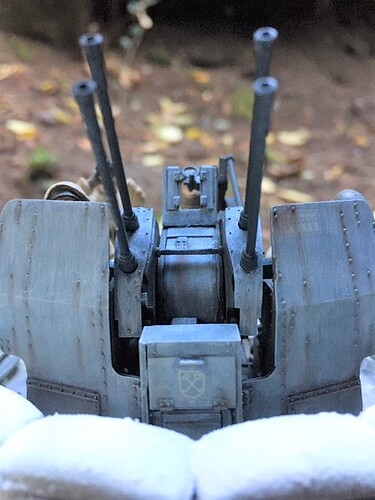 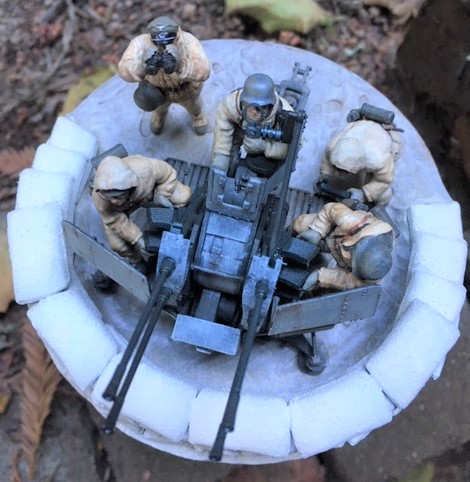 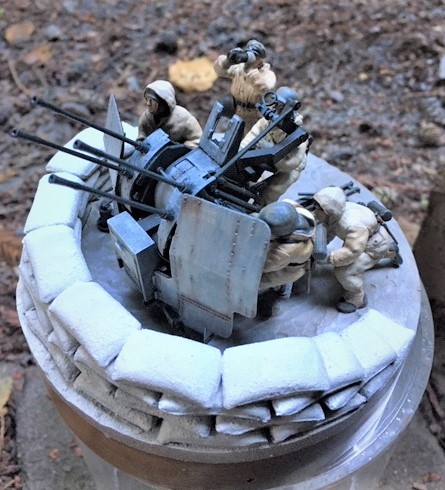 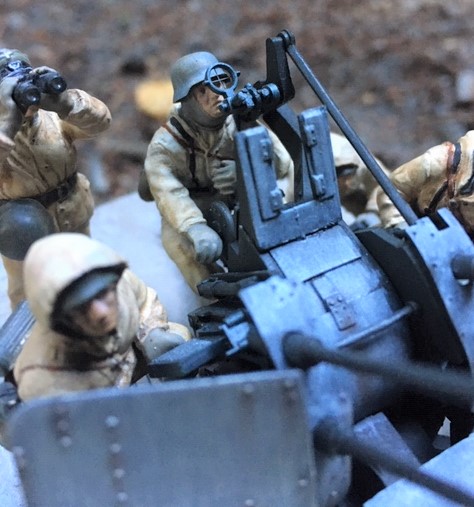 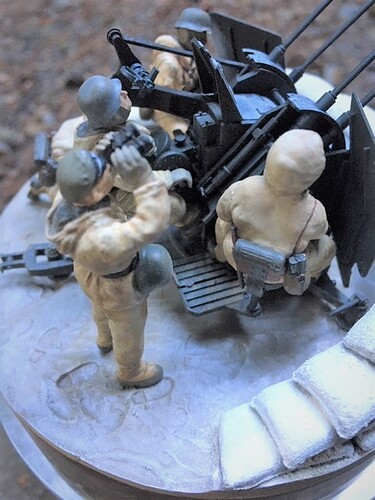 . It’s been in a case at my mother’s place ever since. I wonder whether the quality of these kits reduces as the injection moulds wear out. Probably not yet I guess…

I have this one in my stash, but haven’t built it yet. I did do one as part of their original Möbelwagen that I built about 40 years ago. That one was pitched awhile back while thinning the herd prior to a move.

I have one on a Wirbelwind and another on the SdKfz 7/1 sitting on my shelf. All my other Quads are either Dragon or Trumpeter. The Tamiyas are definitely the easiest of the lot; I had to assemble the Trumpeter gun shield out of PE sheets.

Blast from the past!

The Tamiya 20mm Quad was a good kit in its day. I remember building it twice as a stand alone, one for Mobilewagen, and once for a SdKfz 7/1 way back in the day. The SdKfz 7/1 is still around somewhere.

Oh yeah, I forgot that I built the Sdkfz 7/1 also. A bit more recently though. I’ll see about getting some photos up of the old beast in the spirit of this thread.