Old time Italeri released a set of anti-aircraft weapons in the 1980´s that contains a 25mm Bushmaster “Flak”. 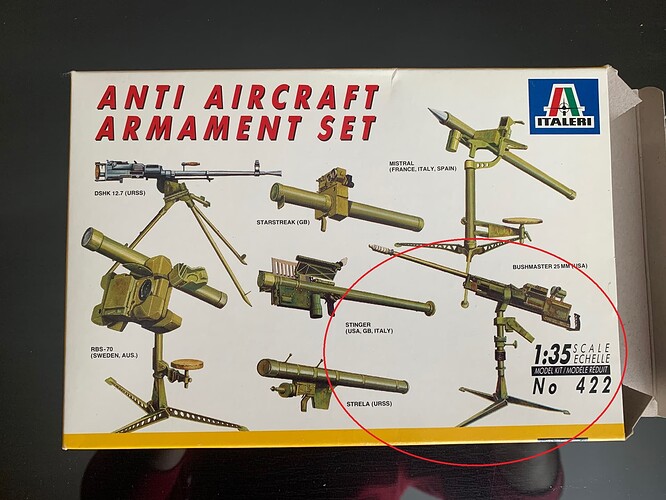 The impracticality of that setup makes my head hurt.

Where’s your power supply? What the hell is the ammo handling going to be like? Will a tripod even support one of those things firing?

I mean it sure looks like it to me, but I’m no expert on American crew served weapons. Sure can’t seem to find a real life photo of one though.

With no proper ammo feed sytem and more important a sighting system, it could only act in a Terminator movie.

The closest match (so to speak…) I’ve found is the Navy version. The mount is, well…a bit more elaborated 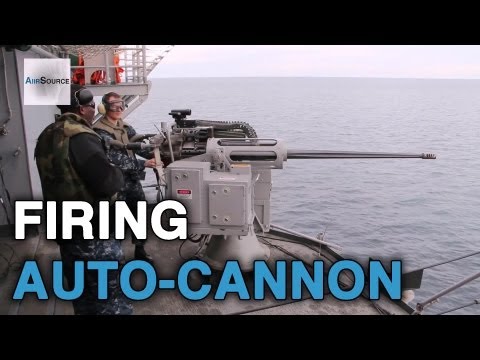 No, there is no such 25mm Bushmaster AAA autocannon on a pole mount like that; the US Army and USMC are very weak in AAA with the primary gun being the .50 caliber M2HB.

The RiWP turret with 30mm and 7.62mm guns can be and is being used as an AAA autocannon.

I remember the old Tamiya Humvee kit with the Bushmaster mounted on the roof! 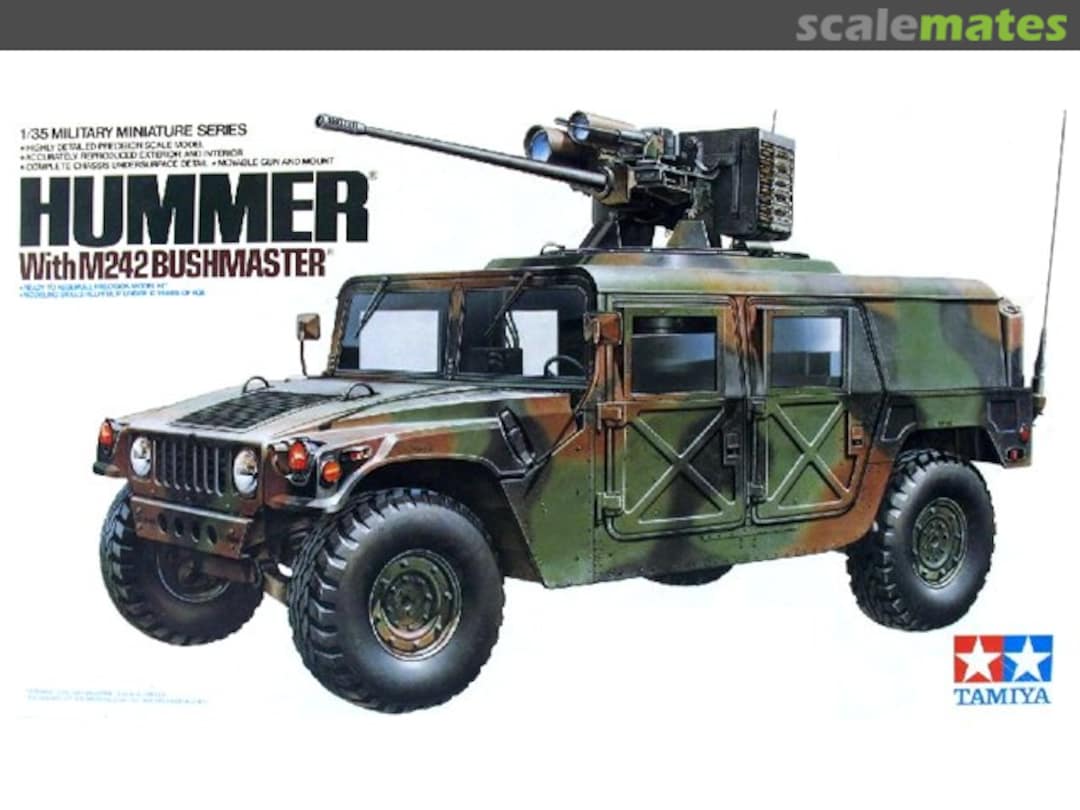 Pure speculation on my part, but I wonder if the box art was meant as FOR DISPLAY PURPOSES ONLY and the weapon is included in the set with the expectation that it might be an AM replacement for a vehicle-mounted weapon utilizing either the original or a scratch-built mount.

I doubt it as the breech and the rest of the gun body is not accurate either. It is pure Italeri fantasy.

Same here. I think this thing will better fit onto a Star Wars fighter. 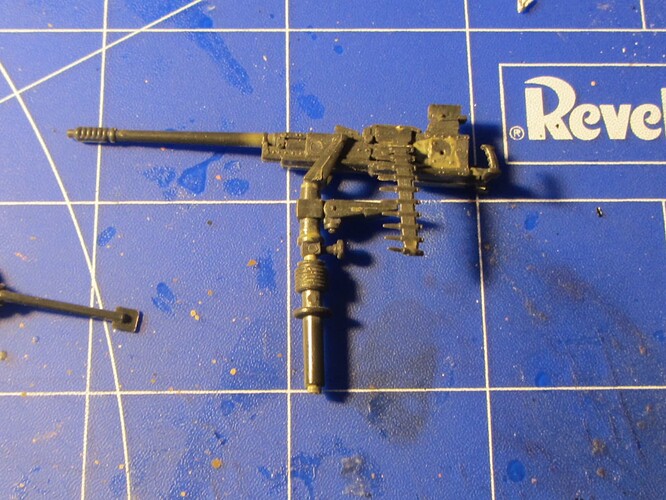 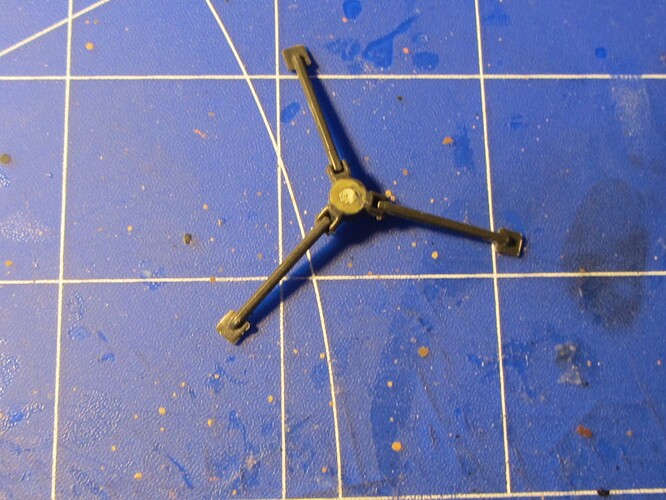 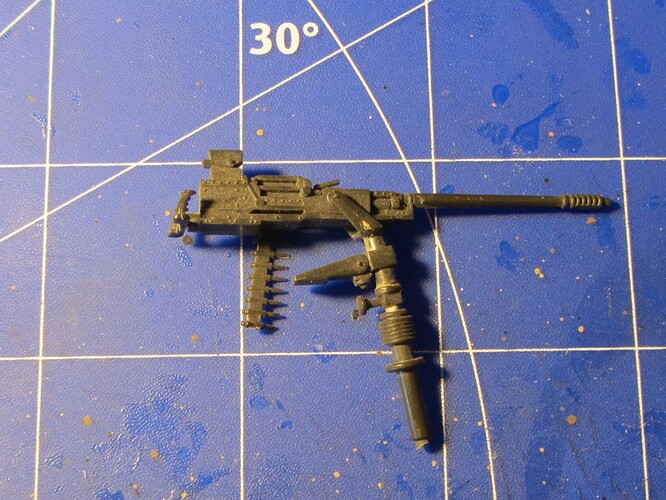 Thanks H.P… Looks like a job for Takom naval gun series?

Already available via Shapeways (the designer is 3D Boats):

I’ve used their 1/48 CROWS unit and the quality of the products is good. 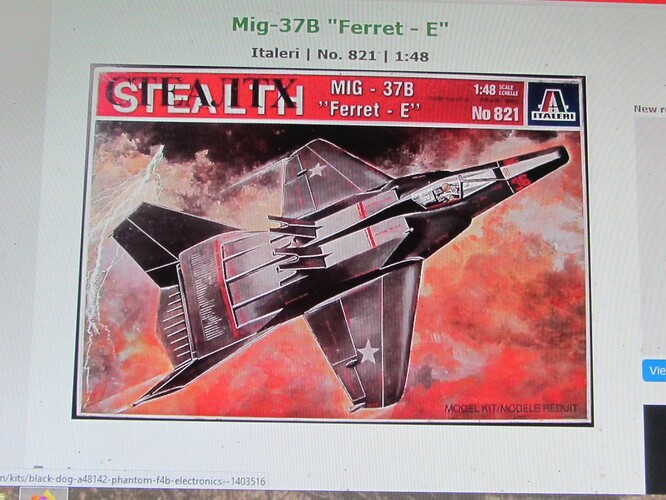 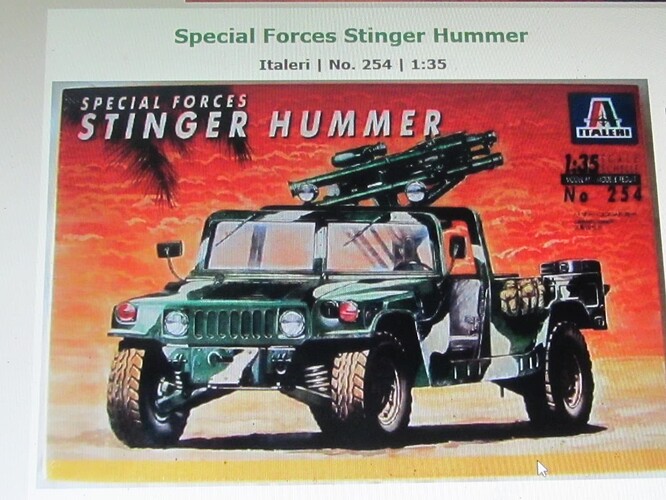 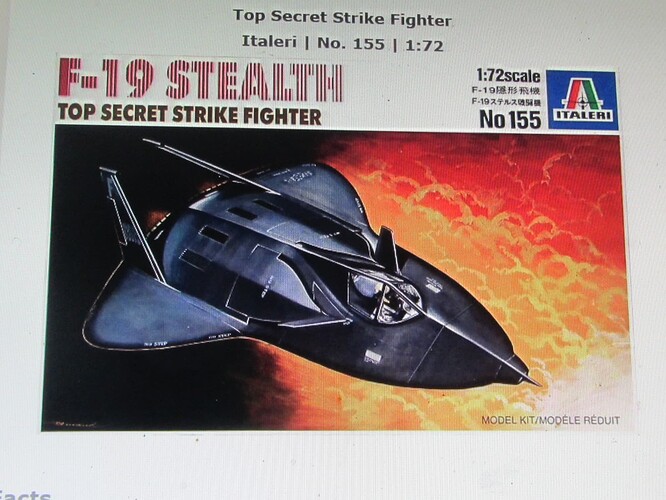 Hey, I liked the MiG 37, its a cool looking airplane! Even if it is fiction!
Ken

I actually would love to get hold of the F-19 and Mig-37.
They look like they’d be fun kits and no need to worry about accuracy!
I remember the F-19 being in the GI-Joe line of toys in the late 80’s, but it was WAY over my Christmas and birthday present budget.

That Stingbat gave me a stroke

The Italieri 25mm autcannon on the pole and legs is great for a Sci-Fi AI-controlled autcannon smartgun a la the ALIENS movie as someone suggested, and that is what I did decades ago when I was a teenager.

I added a drum to the side for an ammo drum and I also added extra scopes and doodads along with some track pads to look like Lithium batteries. It turned out pretty well—and quite futuristic since Lithium batteries now comes in rectangle packs. One can get creative and scratchbuild a lot to that gun because of the side surface area.