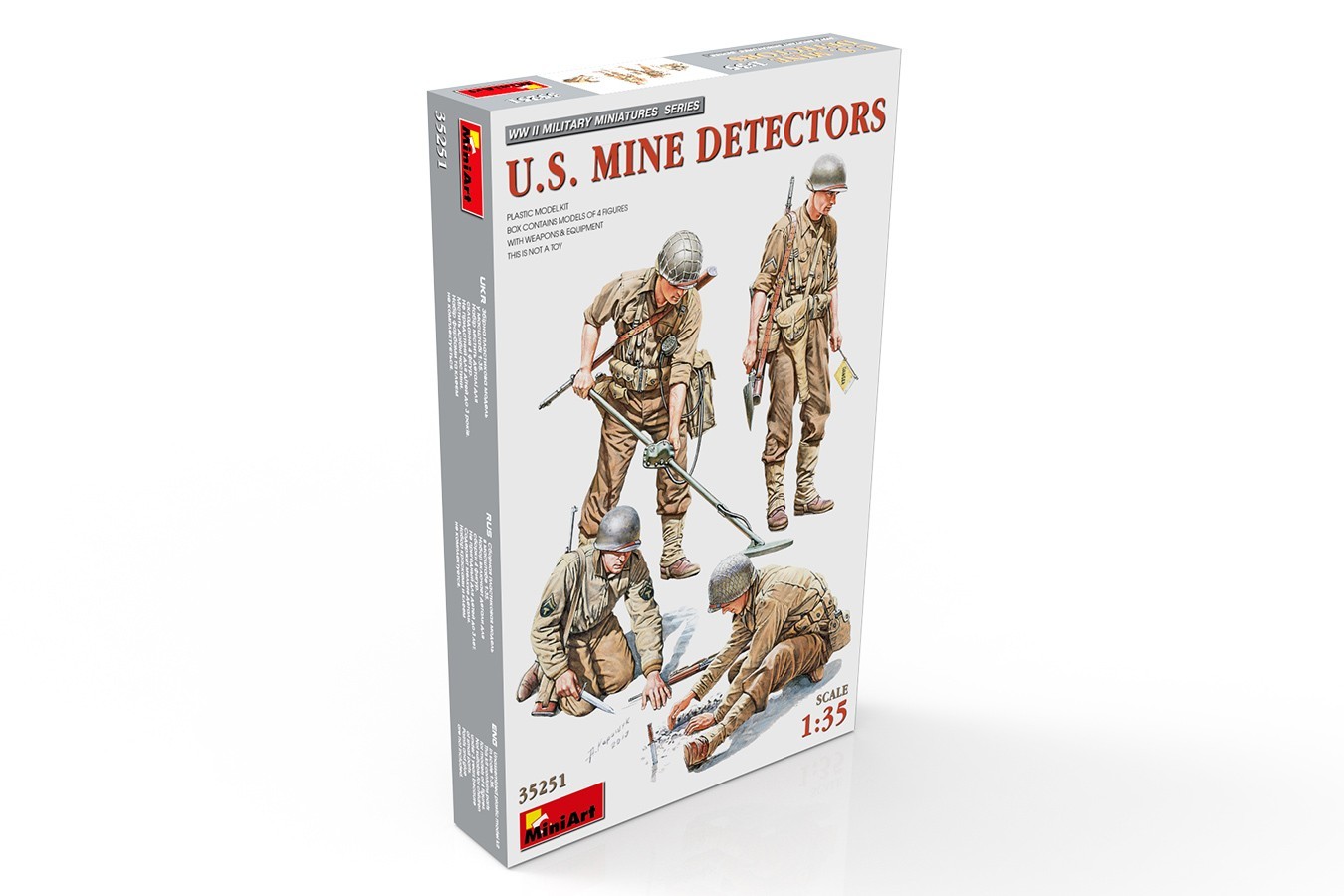 I don’t know about folks outside the US, but I suspect a high percentage of us inside the US had a set of green vinyl soldiers at least once in their childhood, and there were always lots of mine sweepers with the pancake on a stick. I don’t recall seeing one in 1/35 styrene until now.

The old Monogram set of 1/35 figures had a mine detector guy. That’s the last one that I recall in styrene plastic. 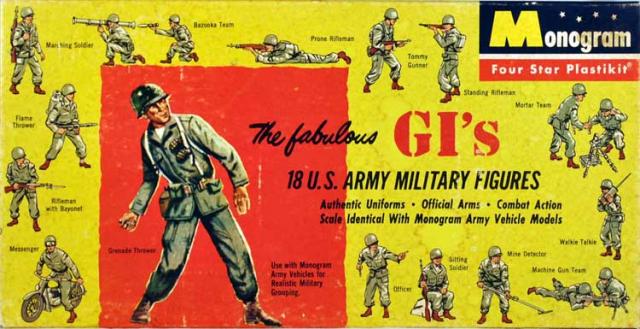 Love how they went from being “Fabulous GI’s” to “Infantry”….

Another glorious day in the infantry!

That first box top sure brings back a lot of memories. Those guys along with the Revell 1/40 troops fought a lot of battles in my backyard. The Tommy gun barrel and the M14 bayonet were always the first to be broken off.

Although I grew up in the late 80’s through the 90’s, these exact same figures were very much still in play. My buddies and I loved these and since they were cheap, our grandparents (WW2 vets) would show up with them every other other Christmas or so. Also, we were lucky as 90’s kids, since there werre a few stations dedicated to classic movies and shows and we got to watch the 1960’s show “COMBAT”. I absolutely loved watching it with my father and grandfather while playing with my soldiers.

I remember when they finally started making new molds. New soldiers started showing up with more detail/definition and we got the “D-Day Bunker” and the “88”(not pictured). This changed everything. My mother’s raised stone flower bed became Point-Du-Hoc and the good ol’ mine sweeper guy was there to sweep for mines on the cliff face 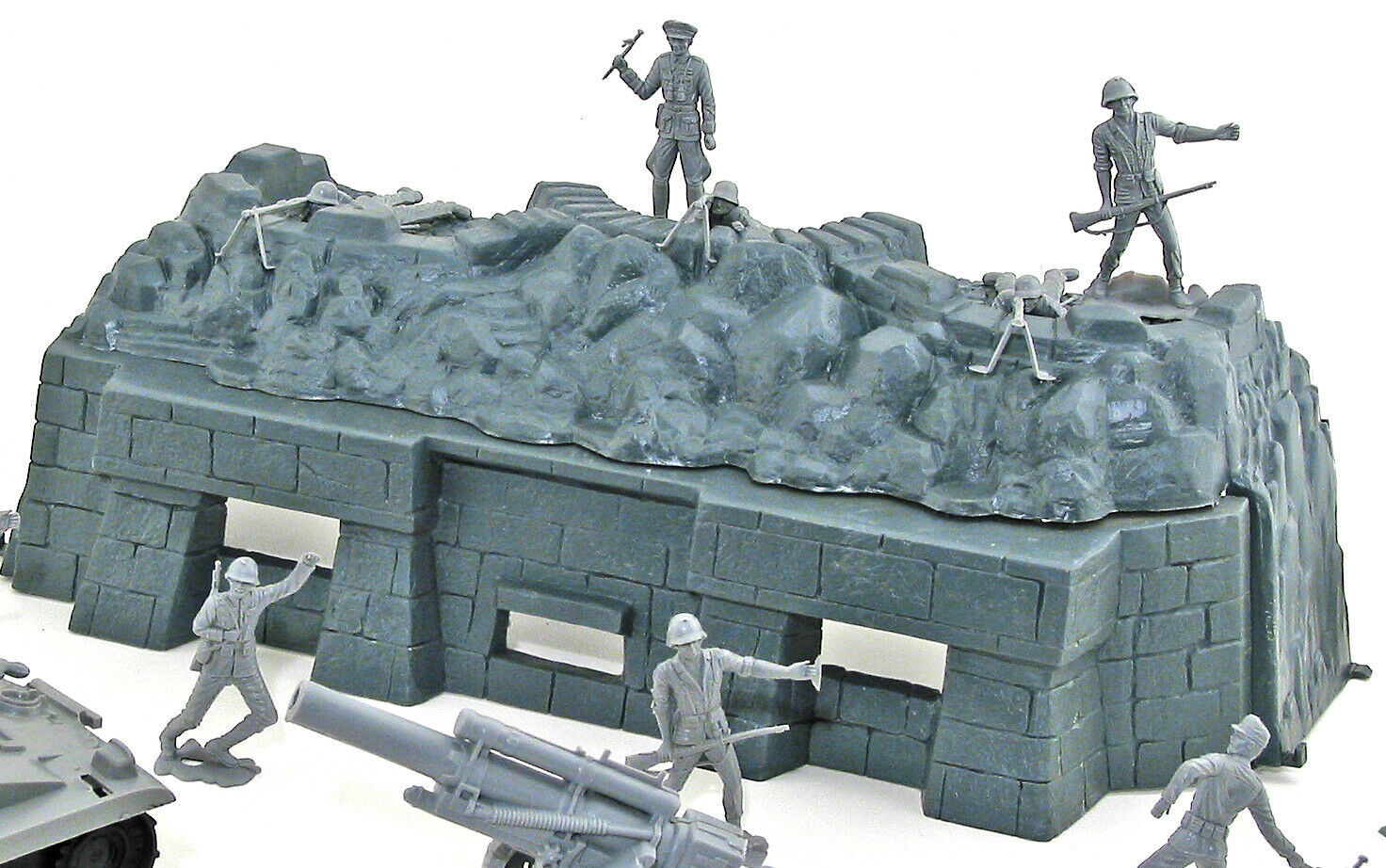