Looking swell Joe!! Great work on the spindle reposition. It seems that dang near every automotive build I tackle, I have to reset the stance from OOB.

Thanks mustang. it has been a fun build so far.
No recent posts but that doesn’t mean no progress. got the chassis rolling and fitted out with engine and plumbing. still need a few bits to finish but most of the work is done. on to the body paint now. MCW paints for the chassis and body. i may add a touch of white to the paint, to my eye the painted chassis looks a little too blue, needs to be a little creamy.resin wheels cast by a friend and the triangular air box is cast by me along with the rear end cooler. amt chassis, monogram dash with pe keys in the ignition, salvinos seat corrected with the bolster on the correct (right)side of seat. don’t know why salvino put it on the left side but that’s typical od their poor attention to detail. 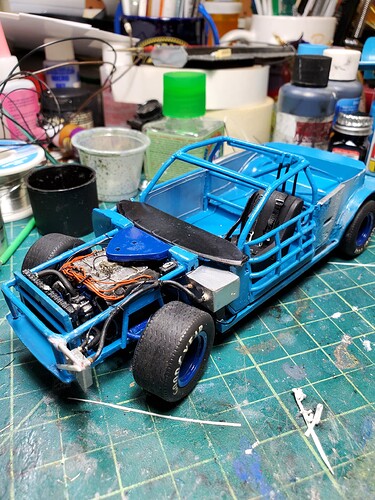 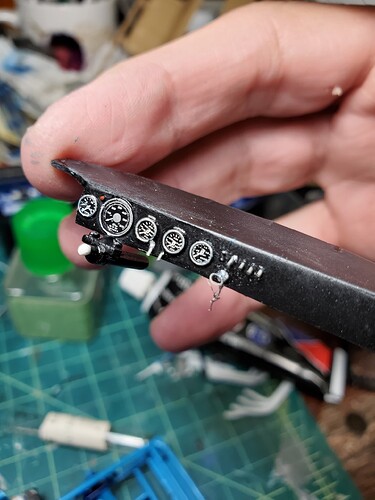 computer is playing nice again, here are some more photos 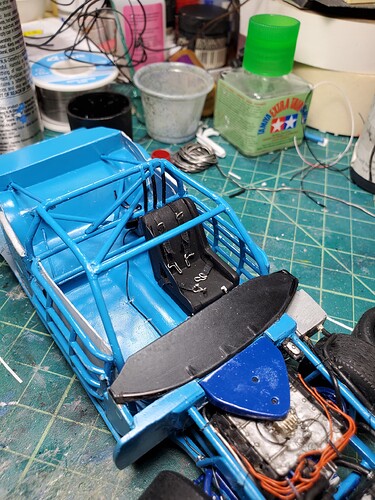 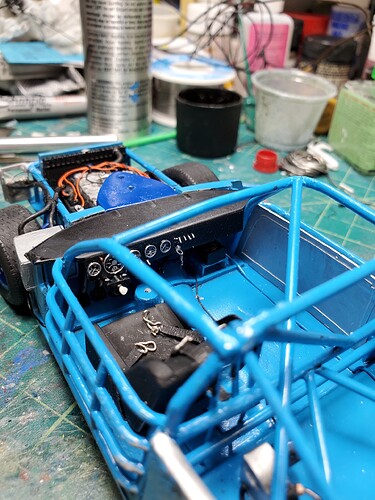 Joe,
Just another one of your outstanding NASCAR rolling chassis. Your attention to details certainly kicks it up a few notches.

That is super impressive work, bub!

Thanks, this build is put on hold for now as i have to tend to complete other builds but it will be back soon. keep eye out.
Joe

I hear you on that. Pretty much everything I’ve got going on in modeling world got put on hold the last month or so while I tended to my truck. First it was a transmission that lost 3rd and 4th gear so in went a new tranny…then my 406 small block Chevrolet developed…a rod knock!!! That’s almost a thread of its own to explain all of that but I had to swap my spare 383 stroker motor into the truck. When it rains…it pours.
The progress shots you posted look nothing short of awesome and am looking forward to continued progress on this Joe.

I just got back from visiting my wife’s family in Peru on the 14th for the hollidays and now I have to play catch up with everything from bills to models.

Man do I ever feel your pain brother. I haven’t left the frickin’ city let alone a country and I’m playing catch up with modeling…and bills.

One thing I’ve learned is that the bills just never stop. Even after passing the bills seem to keep on coming for years on end.

As for catching up with modeling, I’m right there with you guys for sure, but that’s going to be way better and a lot more fun then paying all those pesky bills.