Was wondering what companies make 80’s era tank crew.Looking for a crew for a m60A3 in Europe winter setting.

Valkyrie makes set #35027 in BDUs and what look like field jackets. I have several of there sets and they are very nice. Hope this helps

Thanks will take a look 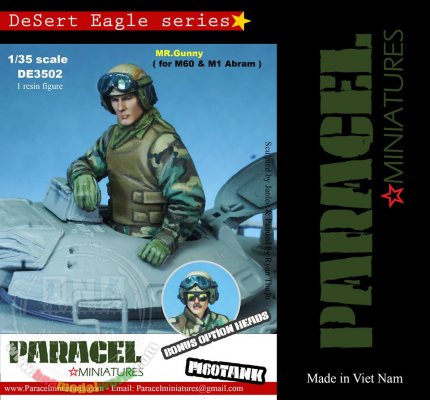 Not sure if this figure could be used

No, that figure could not. We didn’t wear any type of vest back then and mostly wore mechanic coveralls unless we were at a ARTEP and the we wore MOPP suits.

The CVC armor vest came out in the 80s. Somebody had to be wearing them. What armor units got the new stuff first?

There are actually 4 figures in the Paracel '80s tankers set. They are quite nice too. They are designed for ODS, but can be used for late '80s tankers as well. 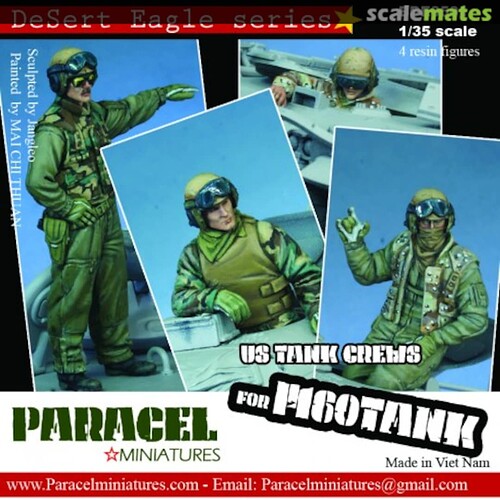 I was looking at those as well,I would like to model a m60A3 During A Reforger winter 85 -88 time frame.Is it feasible with these figures?

Well, I was in REFORGER ‘85 and we didn’t have body armor.

I hear ya there. We didn’t get K-pots at Ft Polk until late summer ‘87, and I never saw those vests until much later. They started issuing K-pots to units in at least ‘83. The Reagan era Army was a big one and took time to re equip fully. But I’m willing to bet that the usual units that received new equipment first, such as 3rd ID got those vests in the 80s. 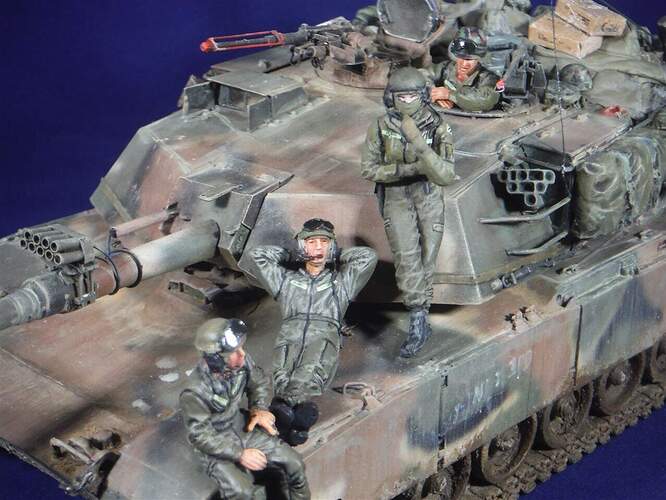 Two of these are from this set: 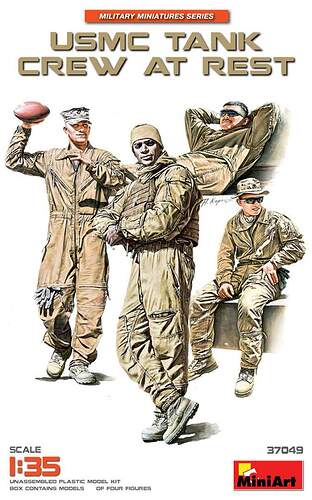 And the other is from this set: 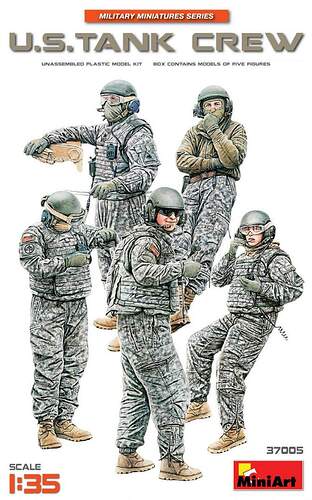 The one in the loaders hatch is from this set with a Verlinden head: 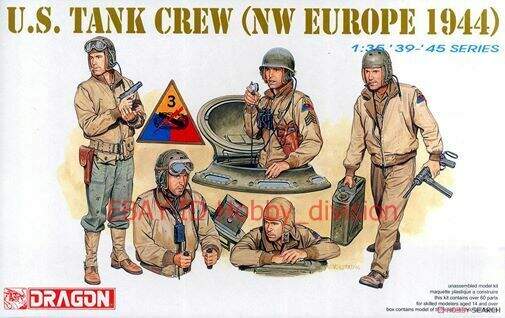 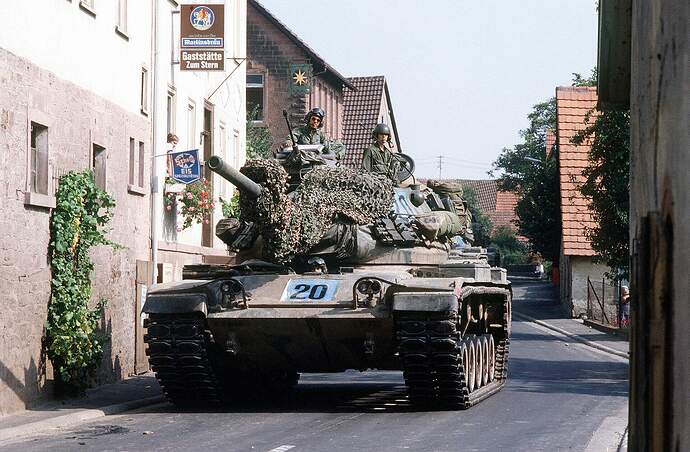 Through most of the 1980s tank crews wore BDUs or mechanics coveralls, often covered with rain gear or MOPP gear, as described above. Many often wore the older flak vests as depicted in the Paracel kit. After several fatal incidents involving M1A1s and the 120mm ammo, the Army issued and order that tank crews would be issued the nomex CVC gear and were required to wear it any time they were handling or working with tank ammo. Since tanks in Germany were uploaded all the time that pretty much meant that you wore them all the time. In 3rd Armored Division (3/8 Cav) we were issued the nomex gear starting in 1988. The CVC gear included the new style vest, as seen on the TC in the Paracel kit. The gear depicted in the MiniArt sets is much newer, from well in the 2000’s. Hope this helps.
Ken.

Very interesting Ken. What incidents are you referring to with regards to the 120mm ammo? Very curious

Static electricity denoting the round?

The casing is combustible and if safety procedures were not followed you might have a fire. Procedures used with the 105mm could not used with the 120mm (one being lap loading) and some crews learned this the hard way.

Oh ok thanks for the info

No loading rounds while having a smoke dangling from the corner of the mouth?

The memory is getting old, so the details are fuzzy, but there were at least a couple of incidents involving ammo fires. These are “flash fires” essentially like explosions, that happen within one or two seconds, very fast, very hot. BDUs are polyester, and melt when heated. In these fires, the clothing melted into the skin, causing 3rd degree burns over most of the body of the victims. When the Army investigated, they found that the protection of the nomex, used for many years in flight suits and racing suits, and does not melt; would have prevented the burns and the victims would have survived.
The Army changed the procedures for handling the ammo, as mentioned above, and required the nomex be worn for most activities in the M1A1. From there, the use of the nomex quickly spread other tanks, Bradleys, and anyone else that could get their hands on them.
Ken.

Oh ok thanks. Kinda figured it was something like that