Long ago and far away I was a freightdog. Today, my two roommates are jetting overhead hither and yon. One has had a very quiet career (his first-ever divert was a month or two ago trying to get into Florida) while the other has had a few things to write his ol’ buddies about. This is one of them: an uncontained engine failure climbing out of Tenerife. When the camera points into the night sky, that faint dot of light is his airplane on fire. 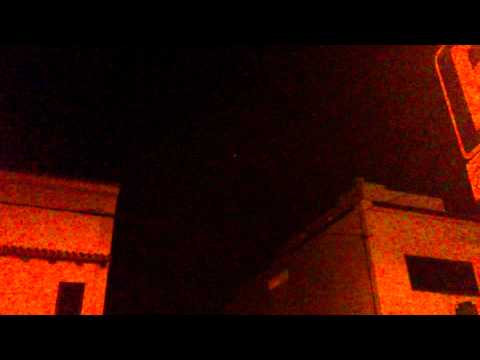 Discover all inside details about what happened during airplane incident Martinair MD11 at Tenerife on Mar 9th 2014, uncontained engine failure

Glad they lived to tell the tale Fred - good airmanship all around .
I recall another vane failure a few years ago on a commercial flight where ultimately the containment ring did it’s job but the vibration from the now out of balance turbine shook the cowling apart with pieces striking the fuselage and causing the ejection of a passenger from depressurization. I don’t know how much one of those vanes weighs - I am guessing only a few pounds if that .
I read that the centrifugal force of that one component was enough energy to launch a mid size automobile over 100 feet in the air . Mind boggling.
Fascinating stuff to ponder but often fraught with tragedy.
Thanks for sharing.
RT

Hi Richard, yes, ended well. My rocket scientist friend occasionally tells me of the state of turbine engine technology and it is incredible. I wish I could grasp the science. It is mind boggling.

My pilot friend has had a couple of exciting moments. Happily, they recovered from each one.

Yes indeed a happy outcome, reminded me of this:

Qantas Flight 32 was a regularly scheduled passenger flight from London to Sydney via Singapore. On 4 November 2010, the aircraft operating the route, an Airbus A380, suffered an uncontained failure in one of its four Rolls-Royce Trent 900 engines. The failure occurred over the Riau Islands, Indonesia, four minutes after takeoff from Singapore Changi Airport. After holding for almost two hours to assess the situation, the aircraft made a successful emergency landing at Changi. No injuries occu...

No injuries occurred. My favorite part.

I’ll tell another story about my friend. I don’t think he’ll mind. So 33 years ago when we were freightdogs in DC-3s and twin Beeches ( the real ones with radial engines, tail wheels, and a tiny little nose out front - like Pappy Gun would fly to and from the Philippines during early part of World War [although not in my wildest dreams will I ever compare myself to Pappy Gunn]), he and our other roommate and I reached the criteria to get our ATP certificate. Stephen was also selected to start flying solo in Aztecs. The semiannual Part 135 check ride was coming up and he decided to combine his Part 135 and ATP checkrides.

“Chris” was a 40-Year-Old 14-year-old who lived in his mom and dad’s basement. He was also the company training pilot. Chris did not have an ATP despite having met the criteria for it a couple thousand hours before. Well Stephen and Chris were out flying preparing Staffing for the part 135 check out, Stephan mentioned that he was going to come by and the ATP check ride. Chris disparagely told Stefan not to do that, because he would only embarrass himself, because he was not smooth and mature enough to be an ATP. This coming from somebody who did not have his ATP. Long story short, Stephen took his check rides with Martha Lunken, who you may be familiar with through her series of articles Unusual Attitudes in one of the flying magazines. Martha came back bragging that Stephen had flown one of the most perfect chick rides she’d ever administered. Later that day, she went flying with Chris on his Part 135. Keep in mind that Chris had spent previous several days flying many hours with Stephen and the other pilots of the company to get them ready for their semi annual check ride. Chris pink-slipped his check ride.

I could tell several stories about Chris, a couple of which are positive. I’m sure he’s got some stories about me that I wouldn’t want told, a couple of weeks are probably true. But I did find out relatively recently from another company pilot that Chris did ultimately get his life together and straightened up and become a functional member of society. Maybe someday people can say that about me?