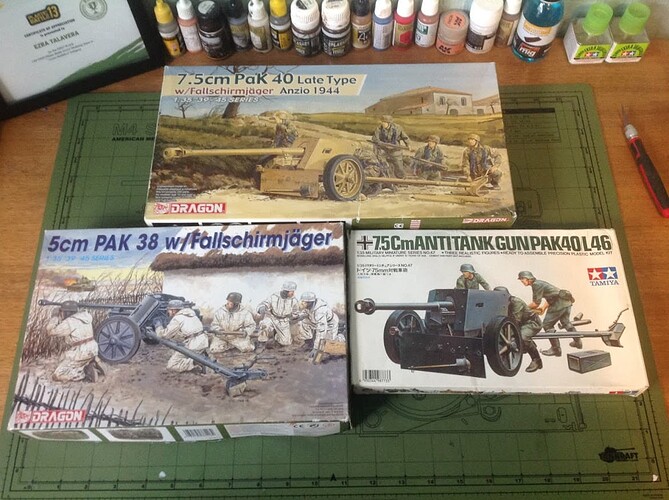 After a Well there’s your problem podcast I had the PAK-38 done. 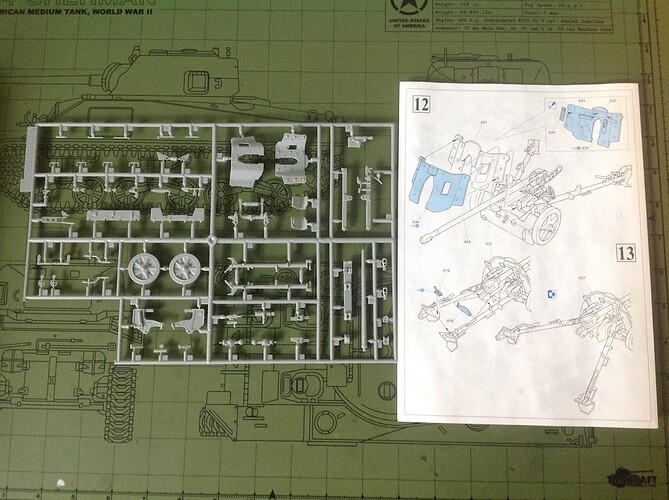 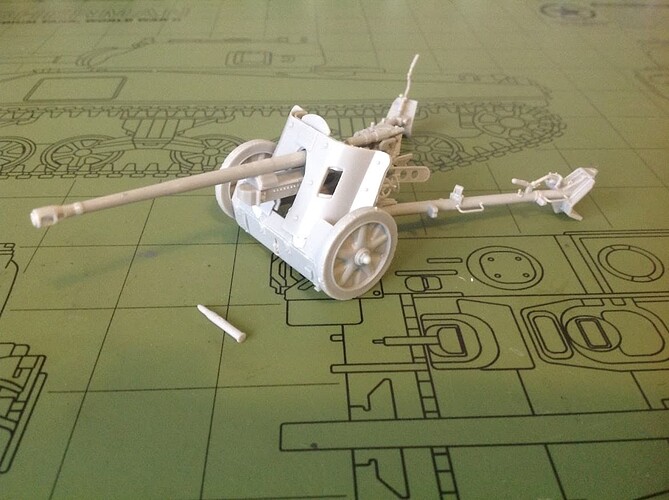 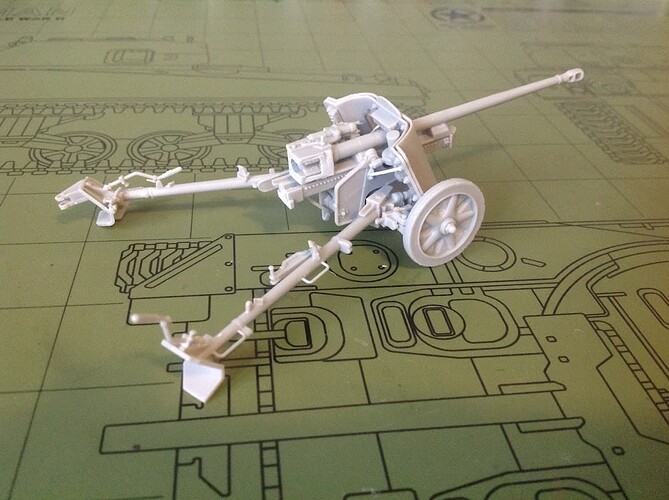 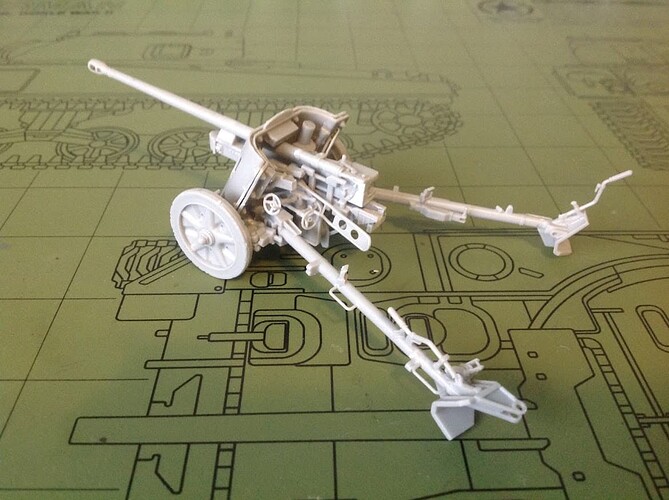 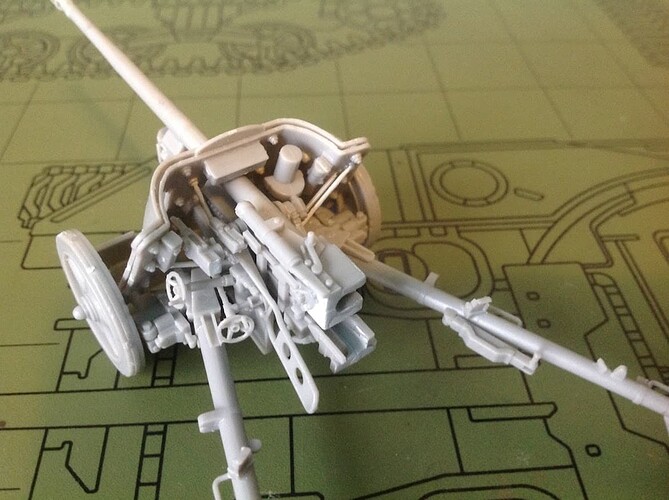 The fit was really nice and I love how much detail Dragon crammed into this tiny AT gun.
I plan on finishing it in Panzer grey.

And here is the Dragon PAK-40 built after two episodes of breaking bad and one Jack Ryan. I do like the final result but there were way to many parts for things that could be done in a single. (Sure you would lose some detail but it would be nicer to build.)
I plan on finishing this in Dunkelgelb 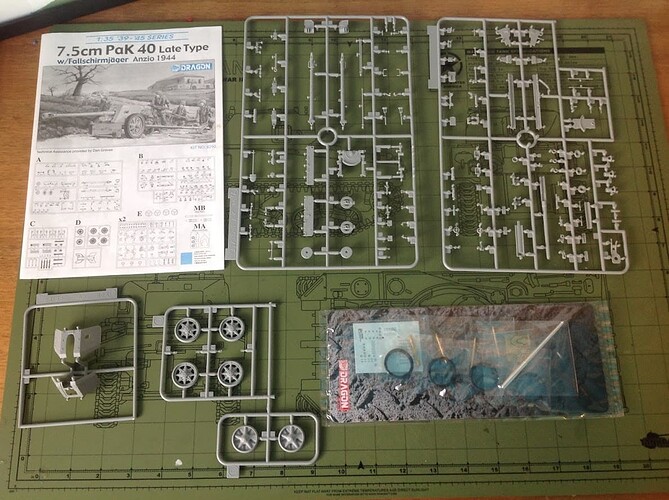 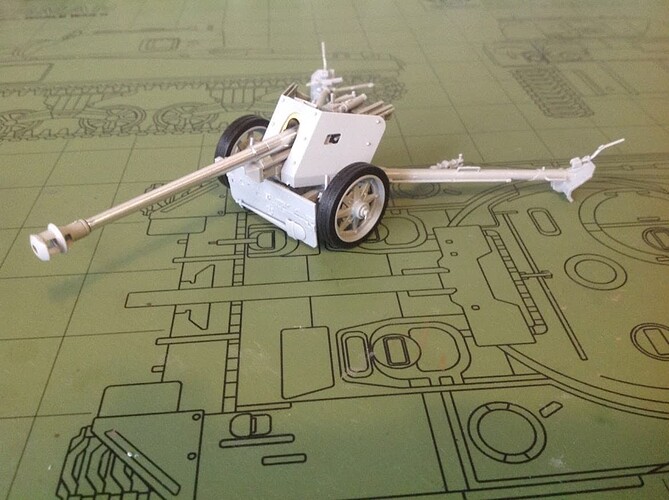 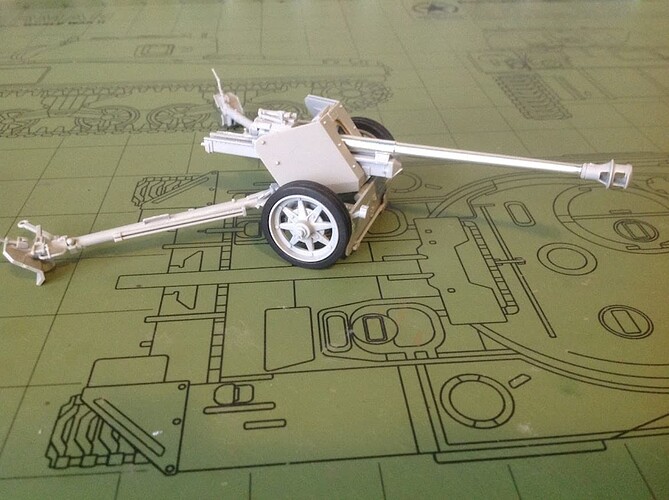 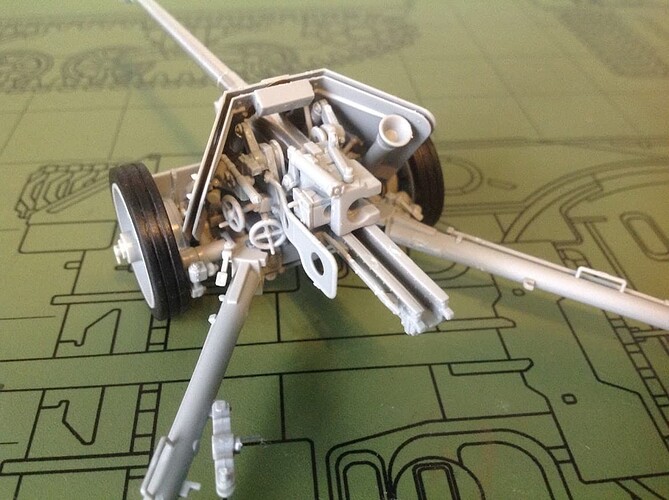 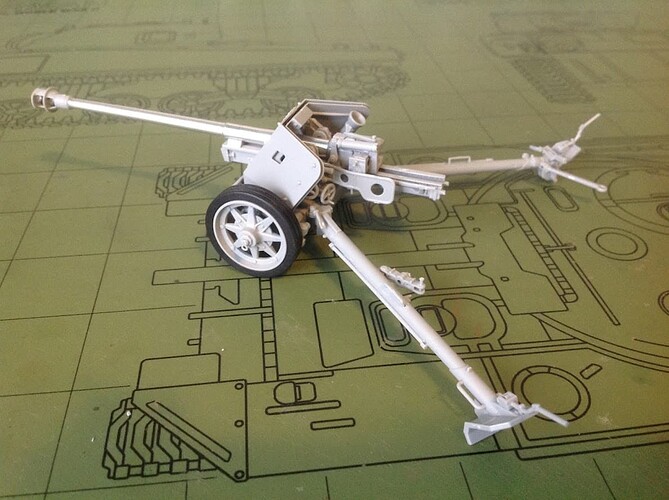 Now I would have built the Tamiya kit up today as well but sadly one of the gun shield parts seems to have evaporated from the sprue… Ooh well I will figure something out.
Since the Tamiya kit doesn’t have as many details I think a very worn winter whitewash will help cover that. 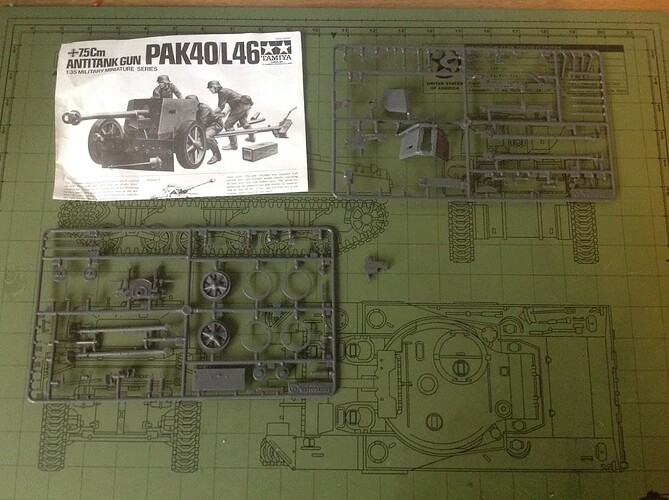 As soon as my order of AMMO paints arrive I can shoot some color on these!

In fairness though, you could probably finish an RFM kit after a Well There’s Your Problem podcast

Looking awesome Ezra! I’d love to see these on a diorama base.

This post is just PAK’d with exciting well done builds! 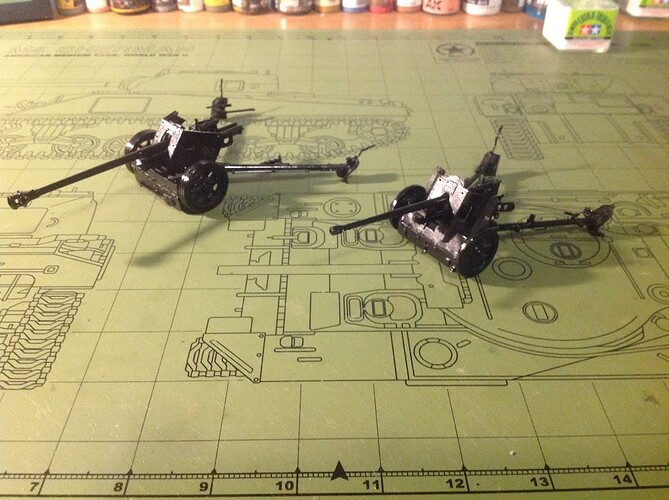 And Pak-40 num 2 received a facelift from the spare barrel and accurately sized muzzle brake from the Dragon kit. I had to glue the breech and barrel together like Tamiya asks then I cut the barrel off and added the Dragon one. 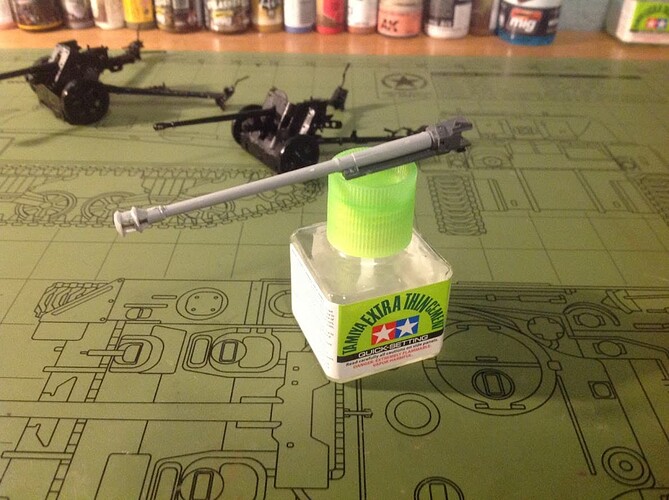 The Tamiya PAK should be done sometime tomorrow. 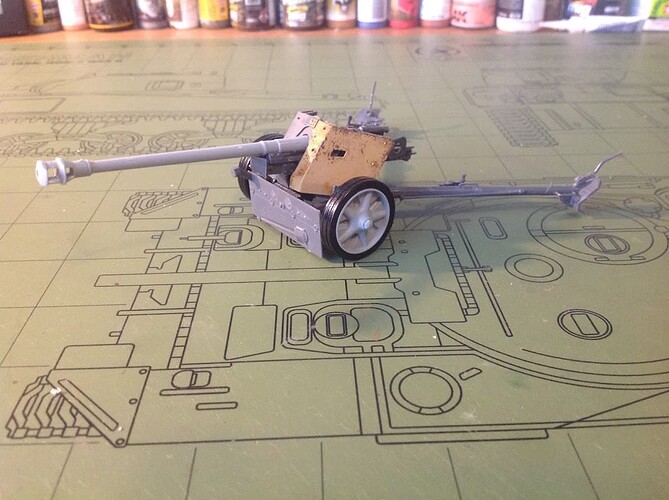 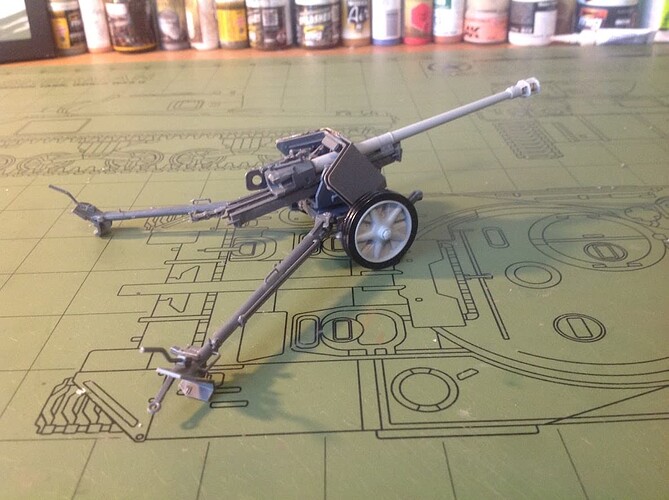 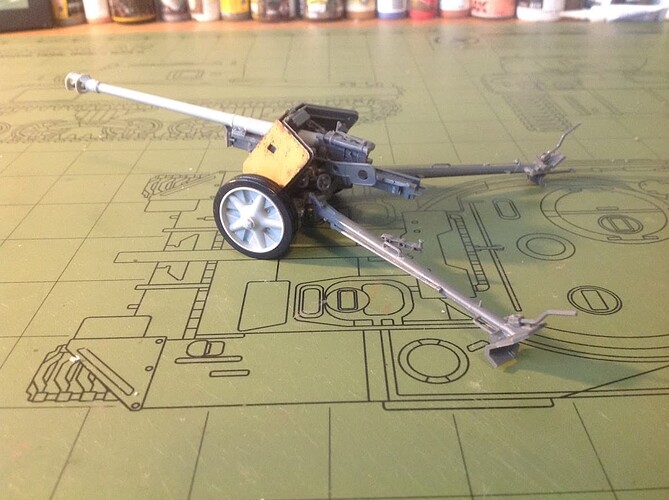 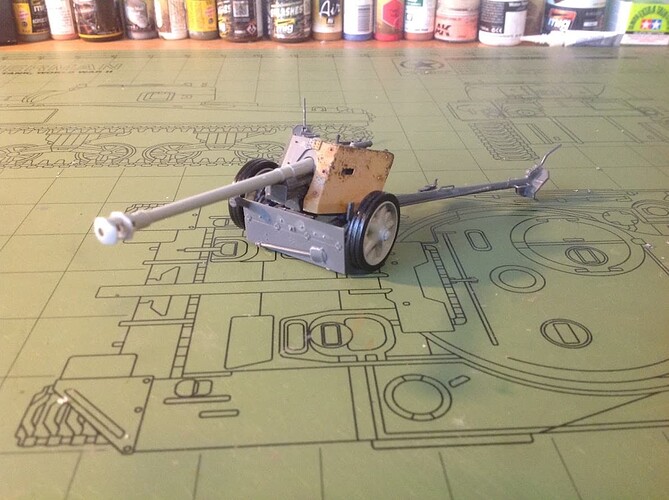 The Flak-37 though was a joy to build up and I can wait to add the two tone camo to it!
EDIT: One of the traverse handles was broken when I took the pic but has been since fixed. 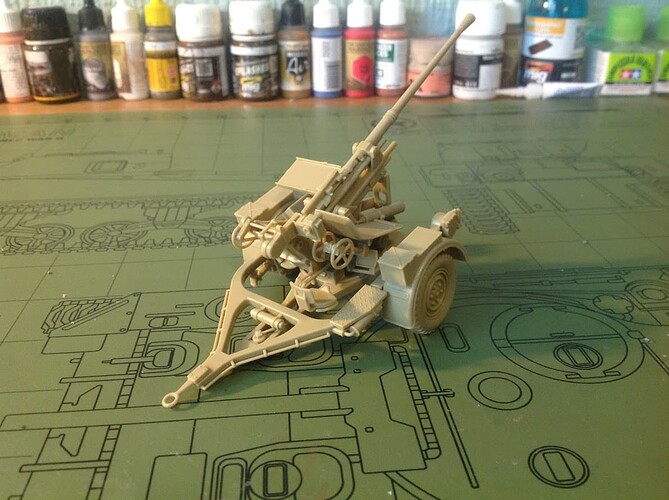 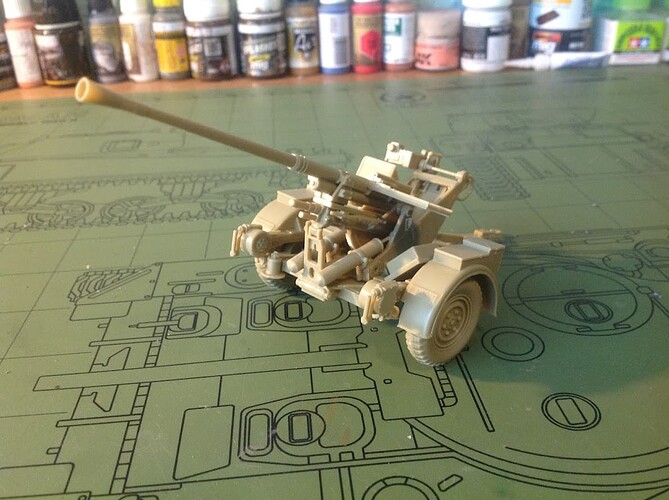 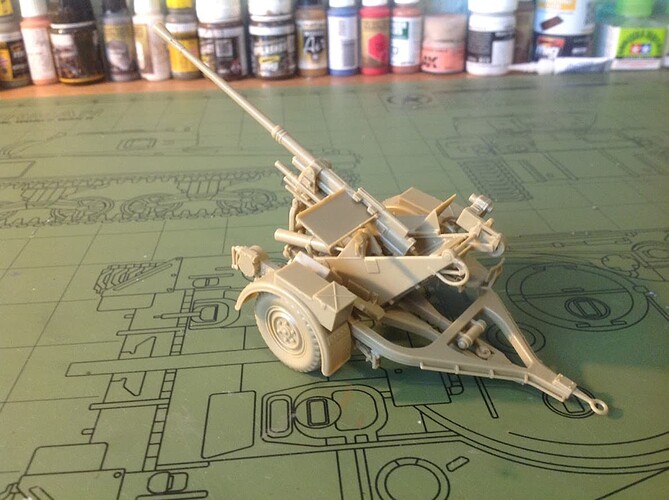 Wow! That a a gun run! Very nice results for the weekend!

I would hope 2005 vintage Dragon would yeild better build than a1975 vintage Tamiya.

You’re banging away with this binge build!
In all fairness the Dragon kit is much more recent then the Tamiya one, so I don’t think it is a fair comparisson.