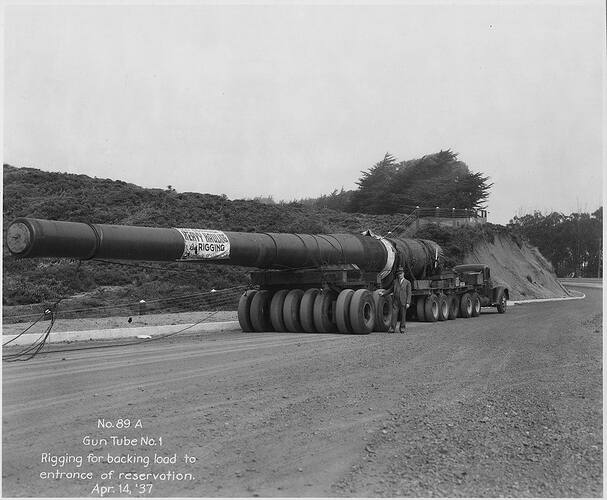 A United States Navy 16"/50 Mark 2 being transported to Fort Funston for use as a coastal defense gun in 1937. This gun was one of the guns originally intended for use aboard the Lexington class battlecruiser USS Saratoga. Two 16" weapons would eventually be emplaced at the Fort.

That’s a very cool photo. I think the truck and trailer are as impressive as the gun tube.

Anyone want to do a 34 wheeler group build lol …

Amazing photo. Damn those things were huge. We used to have a few out at camp hero in Montauk point Long Island back in ww2.