Just wanted to show my abandoned T34/85 that I have finished. It’s a Ryefield kit, 1/35, and my first fully final build. 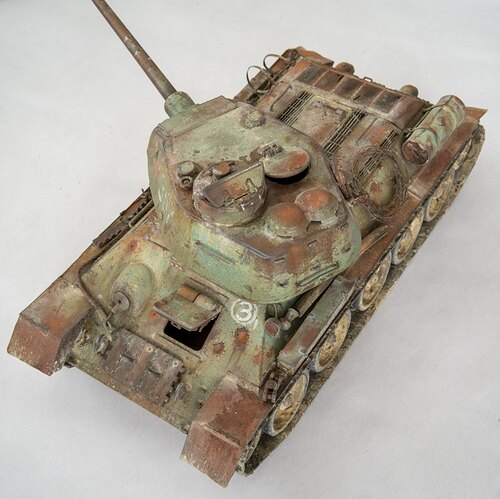 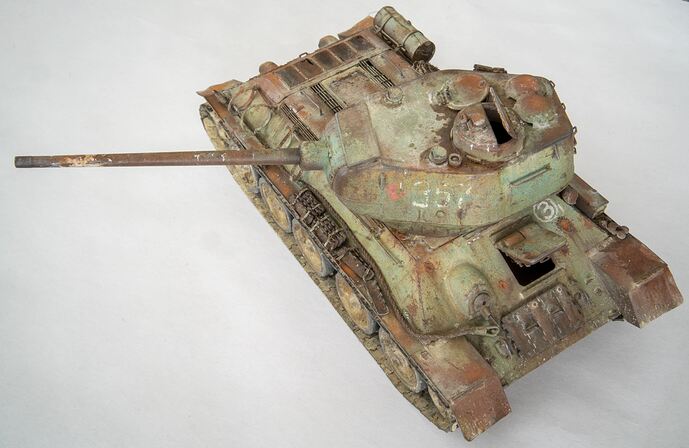 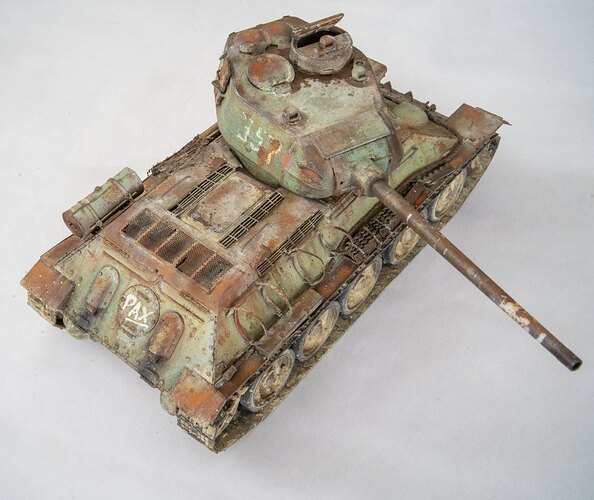 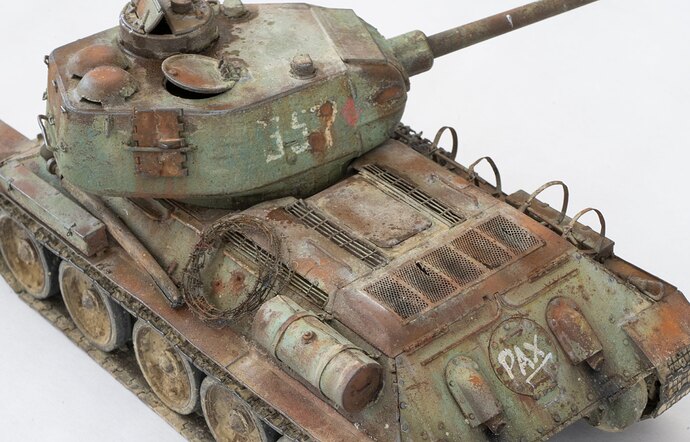 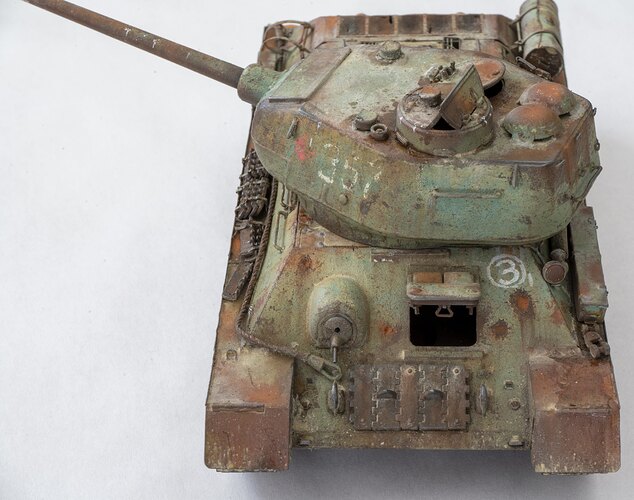 It sure looks abandoned

Wouldn’t someone have stolen/recovered/found/liberated the bow machine gun?

Yeah, bit of an over sight on my part

I might remove it actually, it has been a small issue for me

Simply brilliant! With a different backdrop one might confuse it with a 1:1 affair.
Well done!!!

Nice work!
Feel comfortable with that fading expression.
Whether you want to pursue what it would look like if it were actually discarded, or make the ideal looks, this is your choice.
I respect that.

Not usually a fan of extreme weathering but this really looks the part.

Thank you! Think I needed to get it out of my system haha

Very impressive builds and effects overall. The right base or backdrop would really bring this to life. Keep up the great work

Thank you! I have been considering giving this a small diorama, but have been a bit nervous about tackling it so far

You have a ton of choices … First would be the graveyard of empires aka Afghanistan.
Anywhere in eastern europe.
Part of a armor graveyard .
The choices are endless.
I make several resin bases that would work for this .
Not pushing that at you… If you like I can send you some pics through a pm 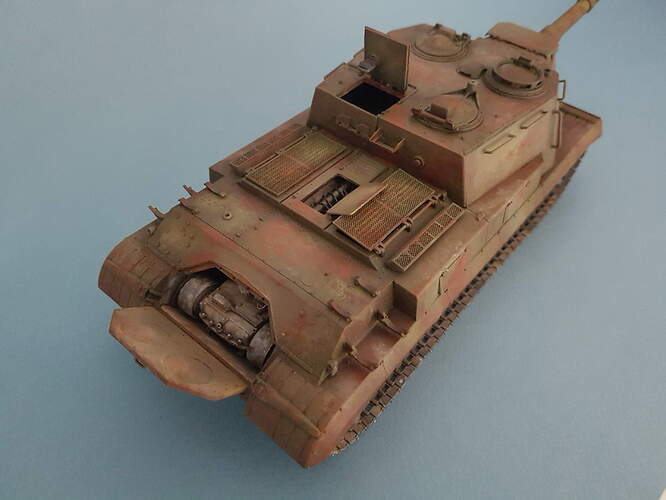 Usually if something has been abandoned either the user strips it of anything useable prior to rendering it totally unusable for any potential opposing forces Today generally a thermite charge would be detonated to ensure all classified equipment is rendered useless. Back during WW2 the barrel would have been spiked I believe they used an early version of the thermite grenade to render it useless. Leaving equipment behind is a great way of ending up on the wrong end of your own stuff.

I do like your finish as it does appear to have been stuck in the elements for quite some time!

just a thought. Would (or could it be) it be possible that something like the gear box went out on the road to the latest push west? maybe twenty kilometers away? They abandoned the tank and opted for something else. Gear box failures were very common with T34 tanks. Whatever it be; I liked the build very much
gary

Thank you all for the kind words!

I actually regret not getting a kit with an interior as the paint reference I used had an exposed engine compartment which I grew to really like. Think I was too intimidated to try an interior also, but I will for sure on the next abandoned/destroyed project

Thank you for the ideas, I will think about it for a while and see if I have the courage to attempt one hafa

Excellent painting and weathering. Screaming to be in a diorama.