Here is my Academy 1/35 M60 with RISE build I finished a few weeks ago. Its built about 98% OOB as the kits details are pretty good. The ERA blocks were a bit difficult to place as there were very vague locating points. It was weathered with hand painted and sponge applied chips and I used enamel and oil washes and filters. Im planning on entering this into the OOB category at the IPMS nationals in 2021. 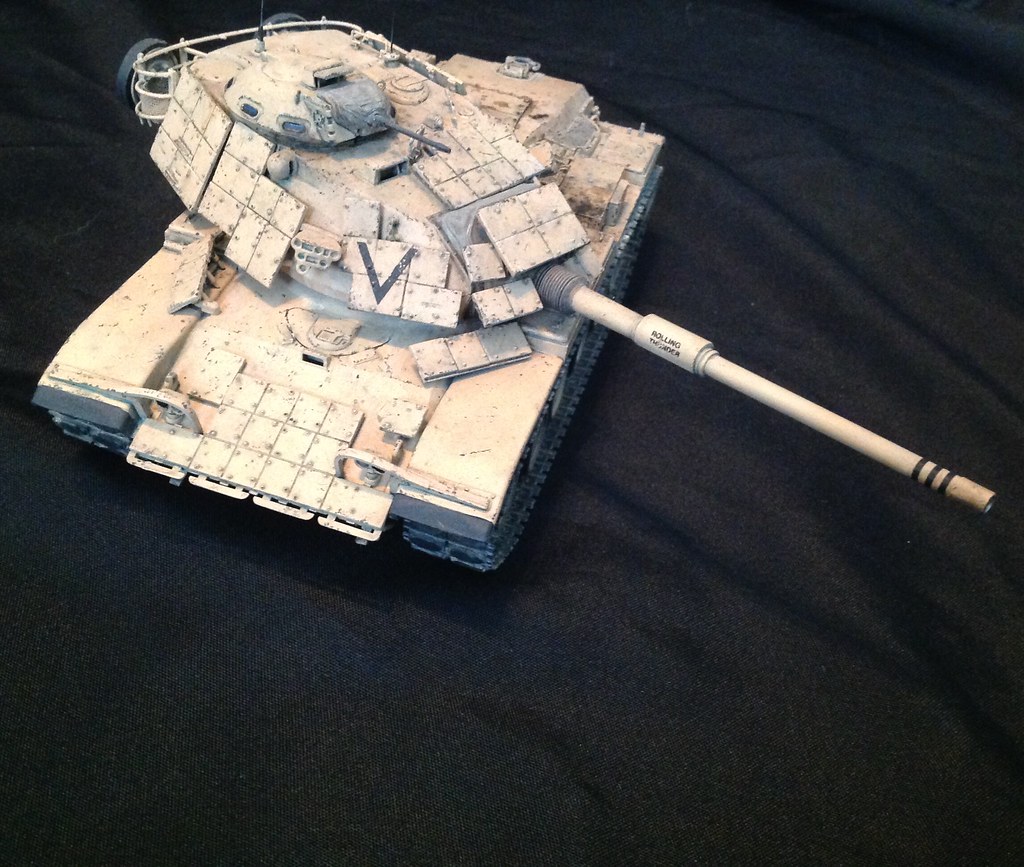 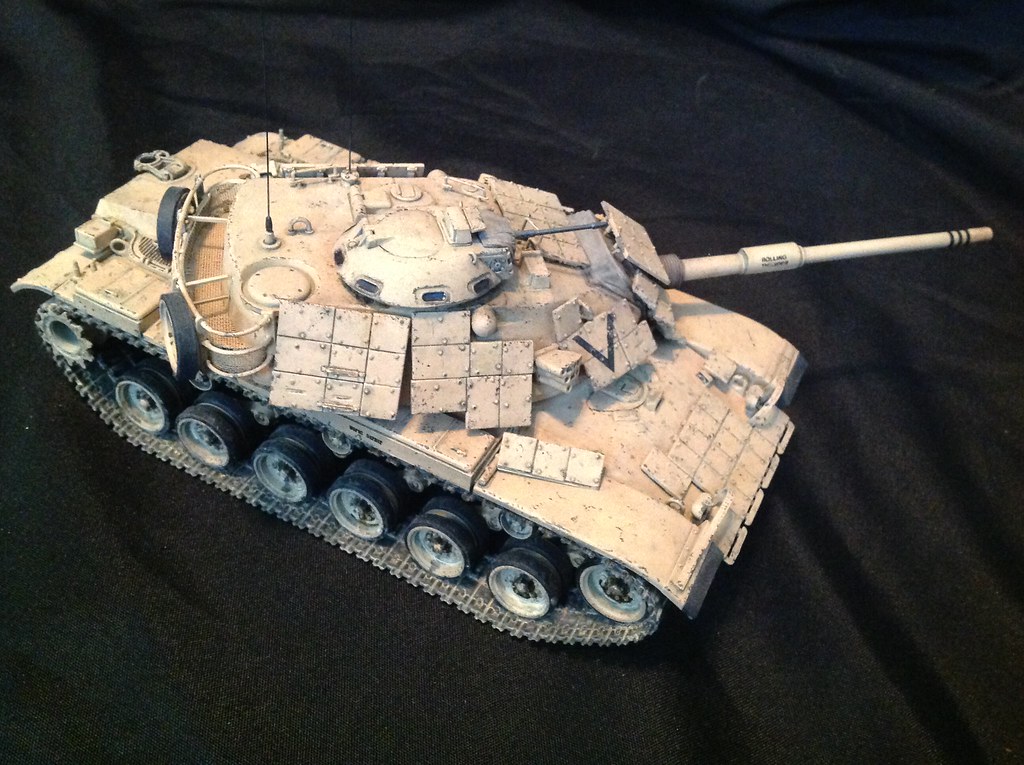 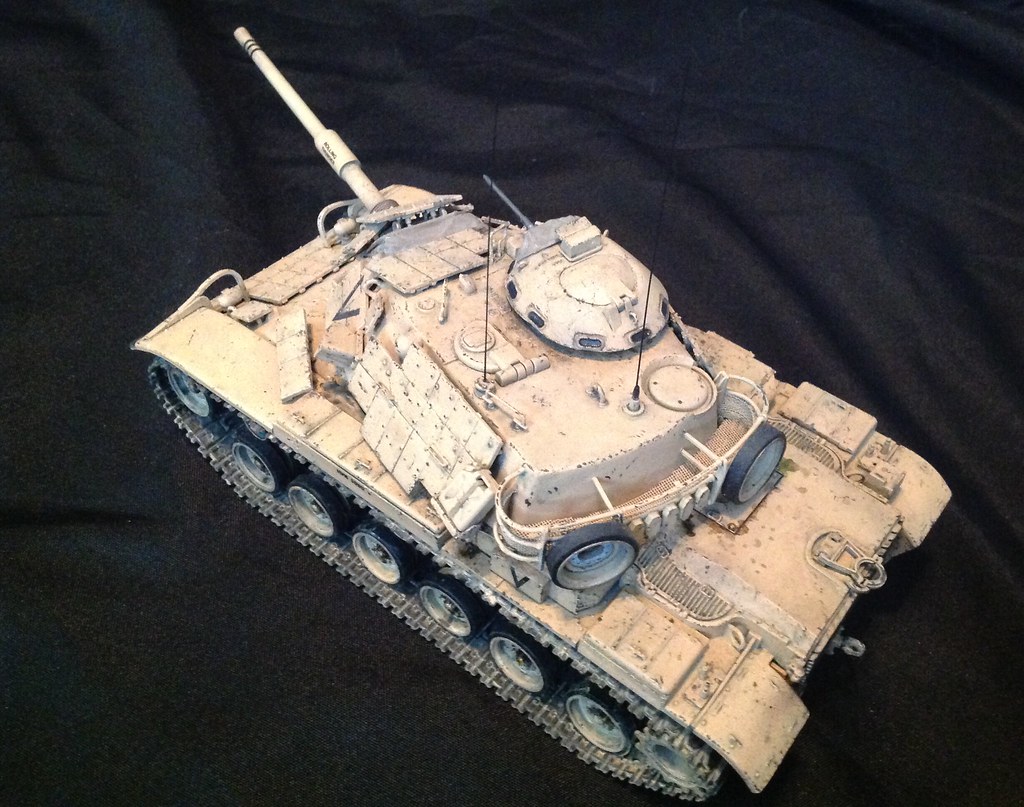 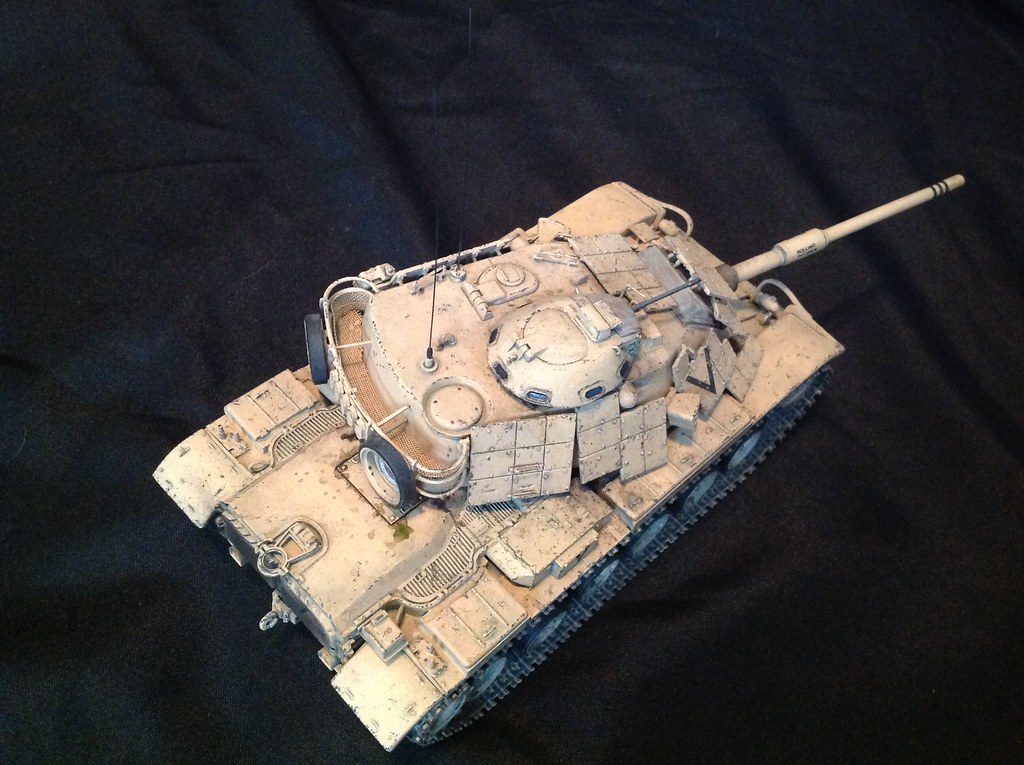 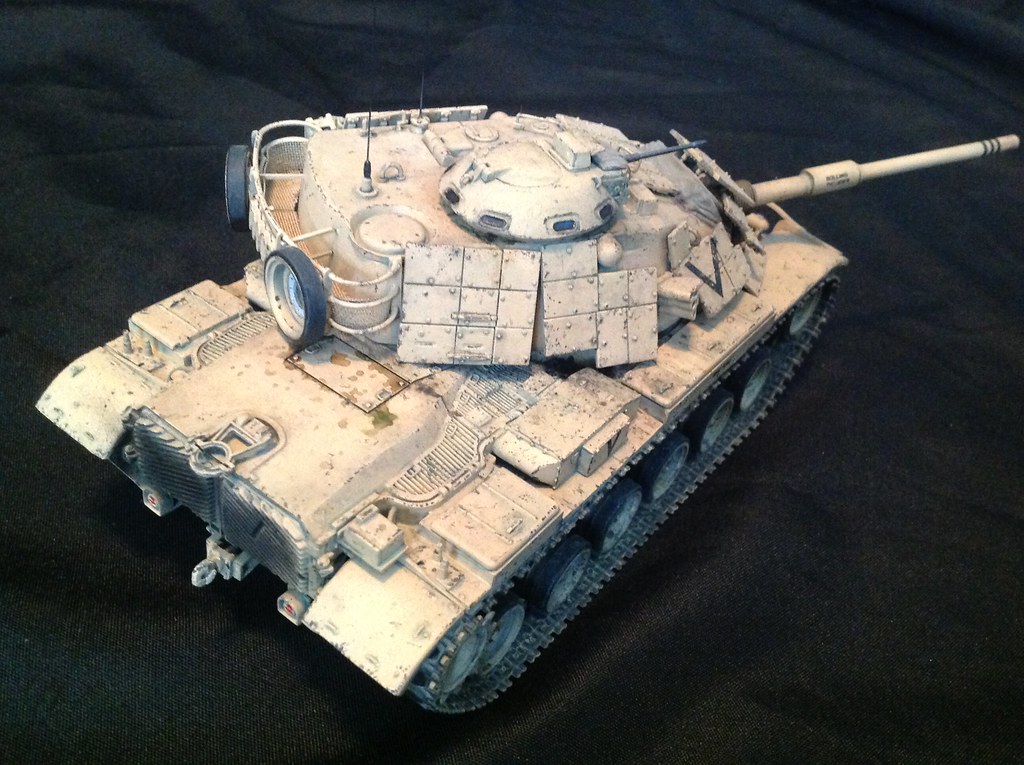 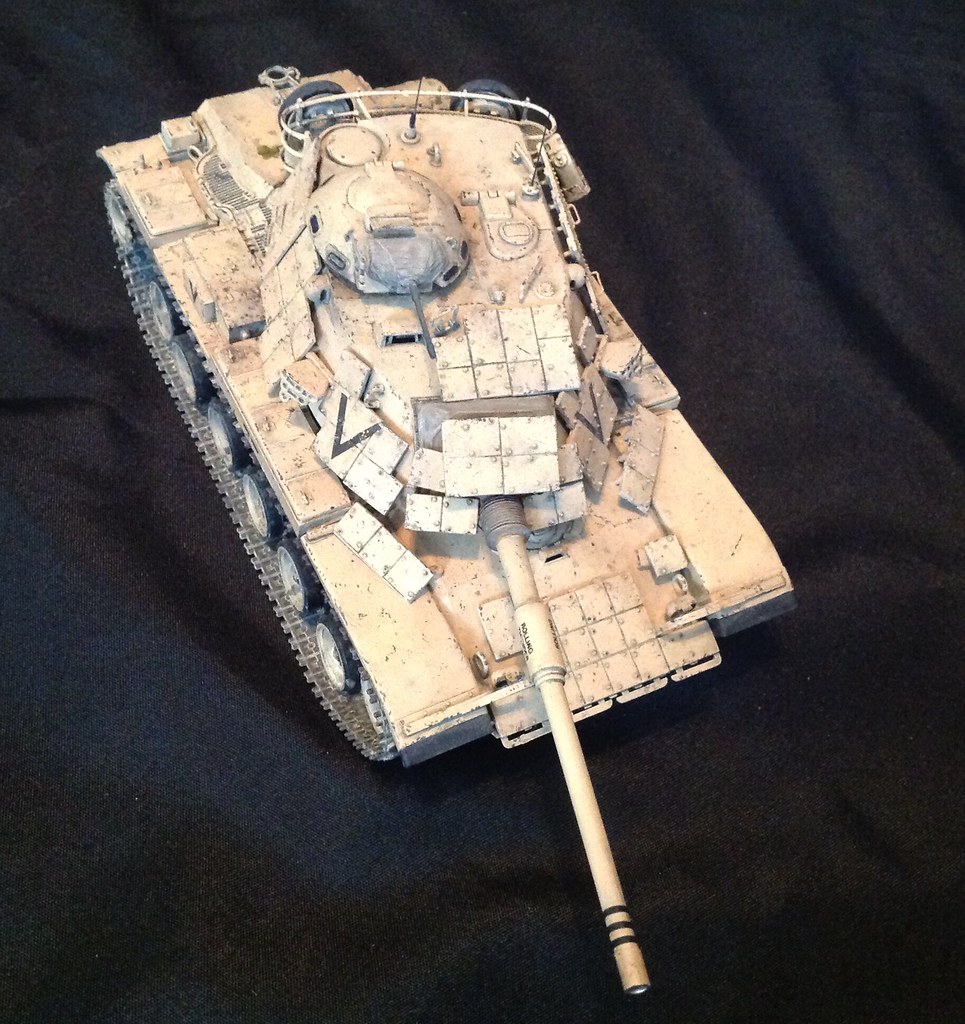 Wow that really came nice. Good job on the weathering too. You mentioned the location of the ERA bricks as vague as per the instructions, were there any other problems with the build ?
Can you enter a kit in the OOB category with AM tow cables ?

It came out looking pretty good. One of the weakest points of the Tamiya/Academy kits are the rear lights. They are indistinct blobs. They are also soft on details on the road wheels, around the commander’s cupola, and gun mantlet.

Thanks! I had no problems with the build, although there was a large seam on the lower hull that was quickly fixed with some armor texture. Good point Rich, Guess I’ll have to go with the kit ones or leave them off.

Right the Academy details aren’t the best, there is also soft details on the backs of the ERA blocks. But for a 1993 kit it hold up pretty good!

Can you enter a kit in the OOB category with AM tow cables ?

He cannot. Instructions will have to be submitted. If it’s not in the kit, he cannot use it for OOB competition. It will either be dq’ed or moved to the regular armor category.

The build itself look good. Best of luck competing.

That’s what I thought.
But yeah ; best of luck at the show with it and let us know how you do !

Thanks again! Its in August so I have some time! Im also planning on entering my USS Cobia along with some others. 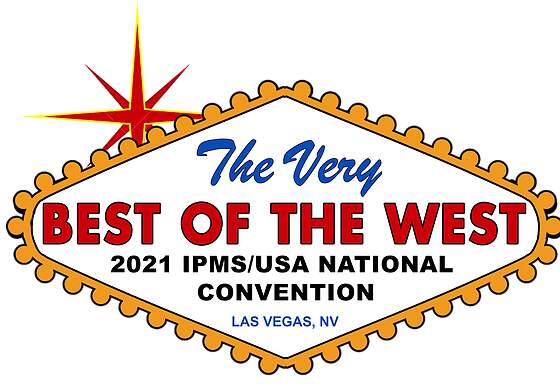 That came out looking real good Ezra! The weathering and chipping look just right.
You show that the Academy kit can turn out quite nicely, no matter its shortcomings.

@Panzer_modeler, Ezra, are you going to enter as a junior? That’s a great job on your model. Save the directions if you enter as an OOB build.
Take care and stay safe friends.
Don “Lakota”

Im not sure @Lakota , I will probably wait and see what other entry’s I can muster up in the upcoming months before I chose. If I still feel thats its presentable I will enter it in the seniors. If I feel I have better models I will enter it in the Juniors. I will defiantly be entering other builds such as my 1/72 USS Cobia in to the Large scale submarine category in the Seniors. In currently working on a 1/35 King tiger cutaway I hope will win me best in class Junior armor…

Since you plan on competing perhaps some work on the optics and headlights should be done. A gloss varnish to replicate glass or a tinted varnish for the optics. Then some dusting on the parts and on the front fender black rubber parts. Just my 0.02$.

Thank you! Your right, I should do a dusting on the rubber parts. I guess its not very visible but there is a tinted gloss varnish over the dark blue periscopes.

OK, I have been seeing this for a while and this is as good a place as any to bring it up.
RISE has nothing to do with the reactive armor blocks. RISE stands for Reliability Improved Selected Equipment. This was a series of upgrades, mostly having to do with the engine and transmission, but also included the sights and electrical system. A RISE Passive tank had passive (starlight) night vision sights as opposed the earlier active IR sights, which required the use of an IR searchlight. According to Wikipedia, the upgrades were installed beginning in 1975. The ERA armor was not developed until later, and only used operationally by the USMC. By that time pretty much all Army M60A1s were RISE Passive or M60A3 Passive with newer M60A3s getting the TTS thermal sights, a huge improvement over the Passive sights.
Ken.

Ooh I wasent aware of this, thanks for telling me Ken! I will correct the name.