So over the weekend I wanted to see if I could build and paint a model in 48 hours, and for this challange I picked the Academy Warrior MCV with Eduard PE I had laying around. (Im pretty sure this is one of the kits given to me by @Armor_Buff)

So in about 8 hours I had the kit built. I also added the muzzle cover seen in lots of photos. 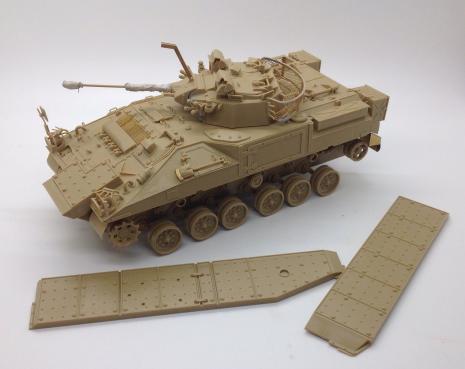 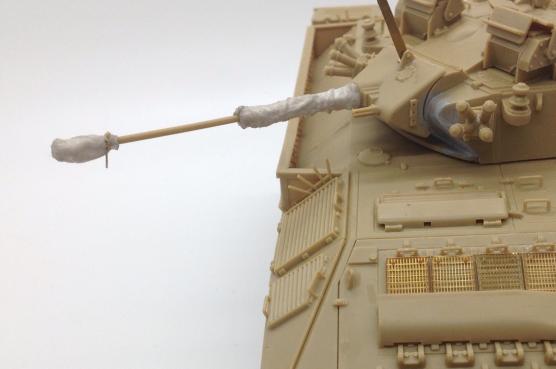 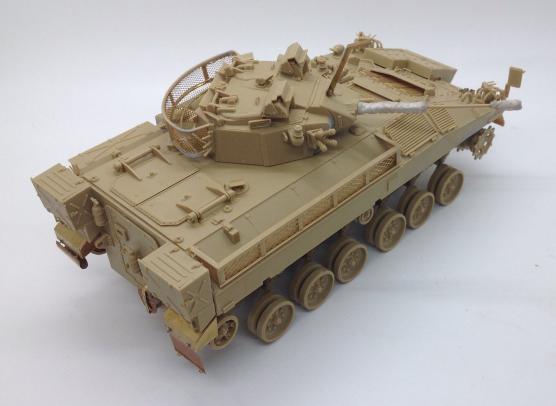 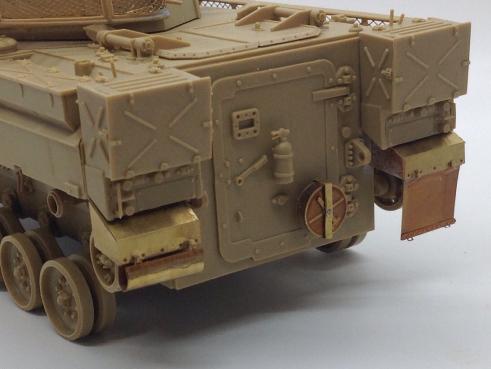 I painted it in UN colors because as @DennisatAutoloader can testify UN white goes nonsensically hard. But I made the mistake of using Vallejo white over a black base to paint it and I ended up using over 20 coats to get the coverage I wanted. 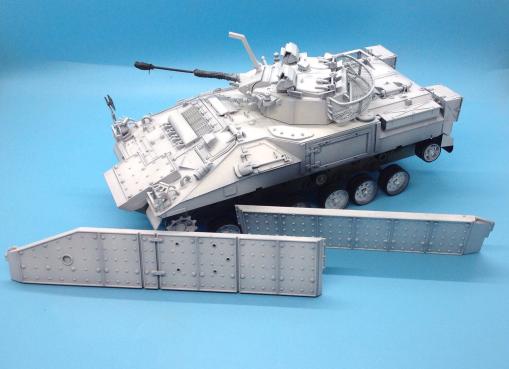 Then I added markings from my spares and added an oil wash. This is how it currently is sitting at the end of the weekend. 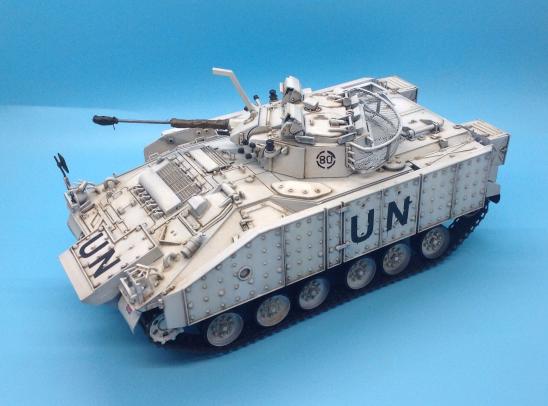 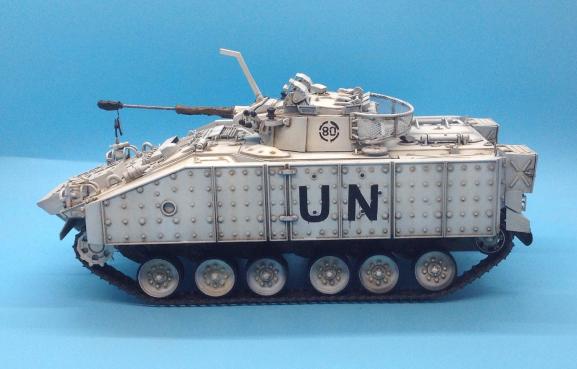 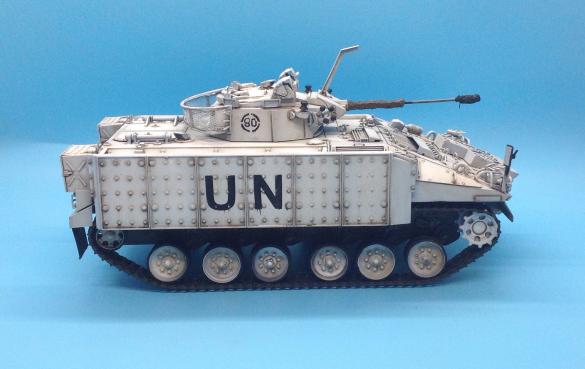 What do yall think so far?

Looks amazing and all that in 48 hours…wow!

Looks good so far, and the white UN livery suits the Warrior.

You can see the issues with the kit ride height and the turret that sits to high. I have seen threads with tips how to sort them out, but those problems are one of the reasons it has put me off getting a Warrior. 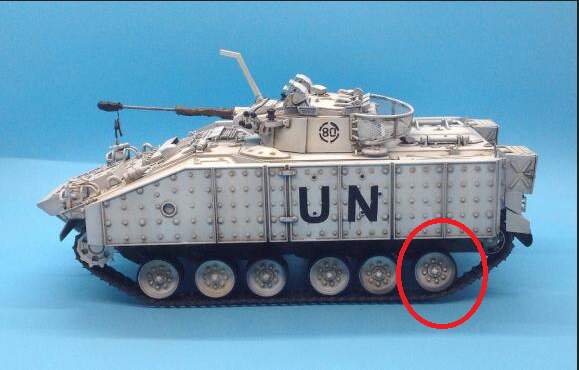 Like a lot of other guys, my Academy Warrior tracks shrank with age and broke both the front and rear torsion bars right off the model… on both sides. Hope you don’t have that problem - from the pics your ride appears to sit higher than it should and tracks will be tighter as a result: 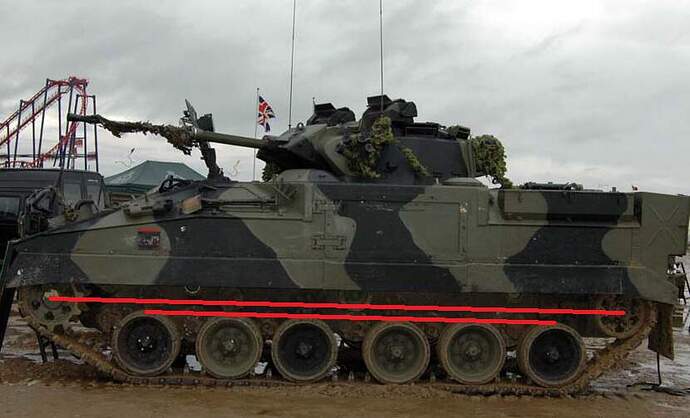 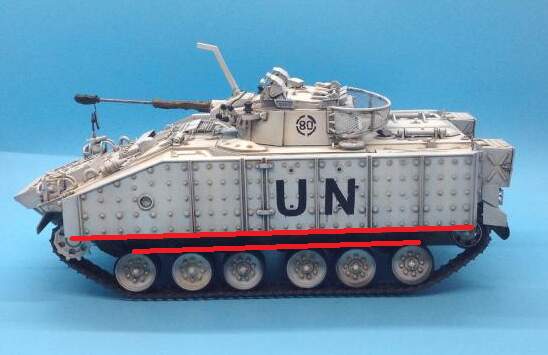 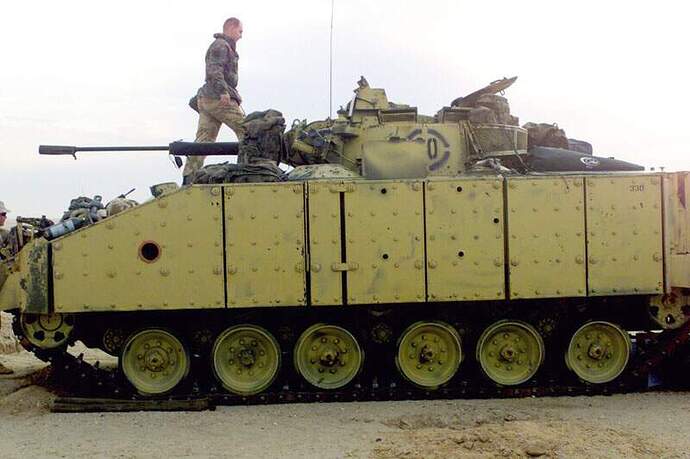 Ezra, I think you’re doing fantastic work in 48 hours! UN white is definitely the right color scheme for the Warrior. The muzzle cover is a nice touch too!

It’s very nice to see that kit go together. I dodged building it due to the tracks as mentioned.

I think it looks super- I know the problems with Vallejo white myself- it is just awful for coverage even on dark grey! The paint looks spot-on though- a realistic tone.

Bugger off @Panzer_modeler , this modelling is so unfair

Amazing work man! Can’t wait to see what you do with it.

Your the worst……looks like your having fun building using aftermarket while painting a difficult color no matter brand used and doing a good job at it.

Thanks guys! I hope to have another update in a few days

I plan on adding this to a base so hopefully I can glue that wheel flat on the dio to straighten it out.

Don’t know if it can change anything on this one but since the top rung of track is hidden, you could split/not connect to remove the track tension.

A base with a small mound/structure can hide that. Like say when you leave the tank ramp (concrete) and go off roading or say a street curb……some ideas for the base.

Ezra this is superhuman modeling.

You are a speed demon! Looking good!

Bummer… Ryan has the best idea. See if you can cut the track and use some staples through the guide teeth holes to open a gap in the track. If you can slip the join in over the sprocket top you will never see the gap behind the side armour…