I’d like to share another quick build - Academy Panzer IV ausf. H. Markings are for a vehicle serving in the 12th SS Panzer Division in Normandy, 1944.

Really nice resin zimmerit decals. Unfortunately, some of the smaller parts don’t conform well to curves. I lost some of the zimm after they unfurled and dropped from the model. Thankfully they give you a few spare parts which you can use to repair the damaged parts. Liberally used Mr. Mark Softer and Setter to make the decals fit nice and snug.

The kit itself was pretty good - loads of spare parts! I just don’t like three things: 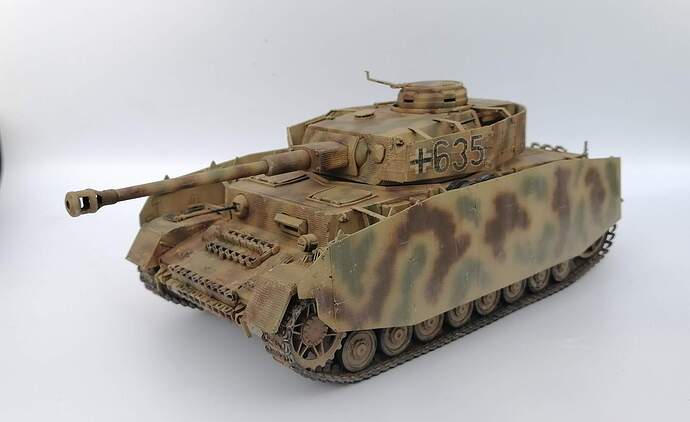 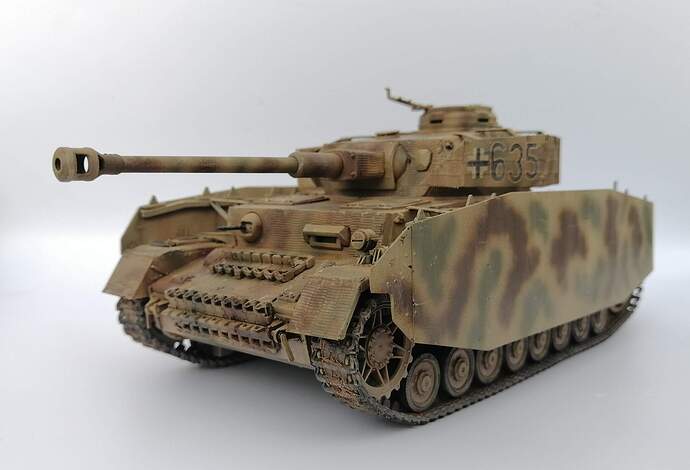 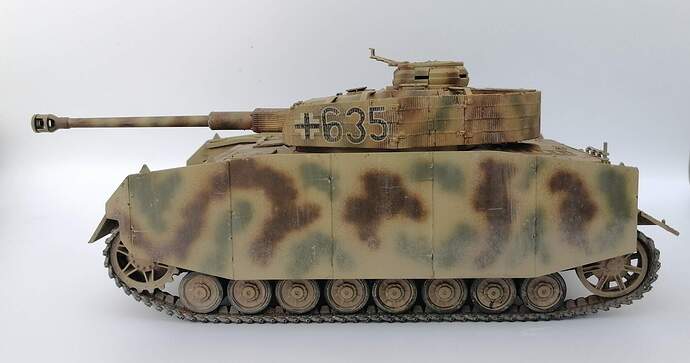 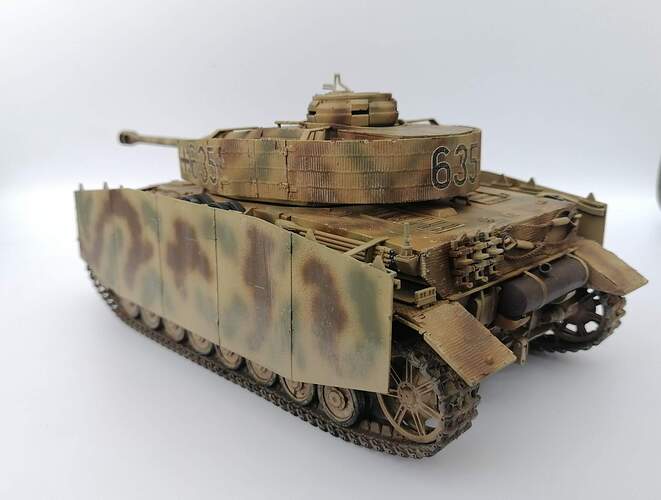 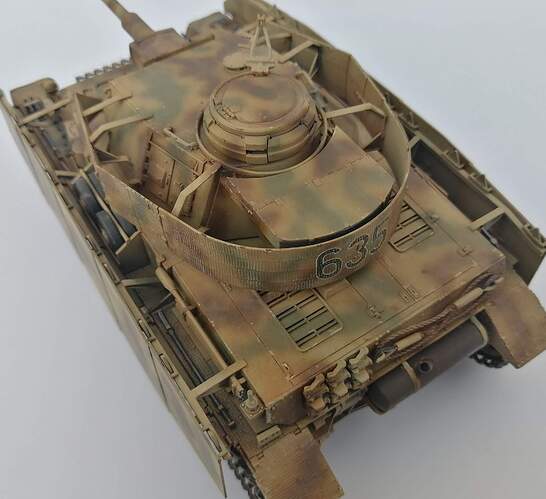 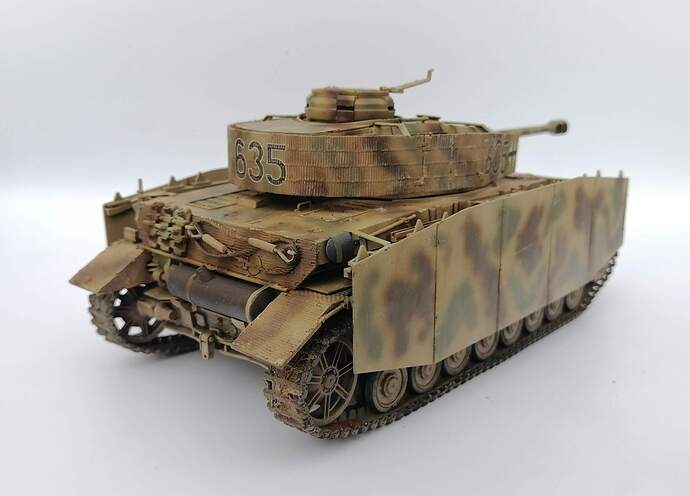 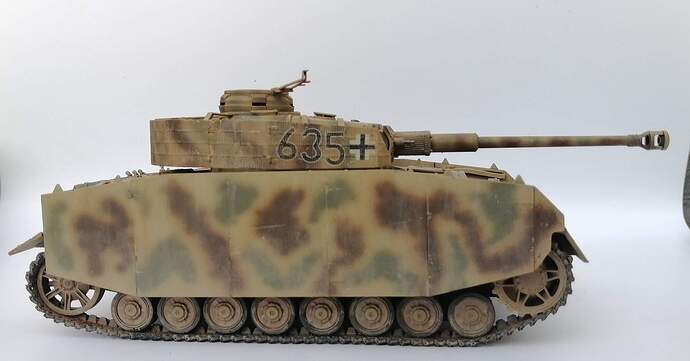 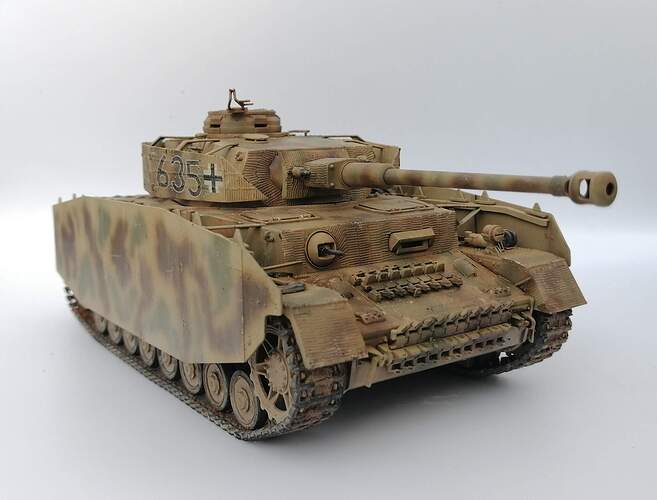 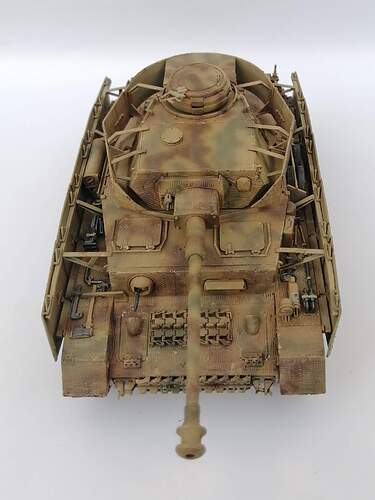 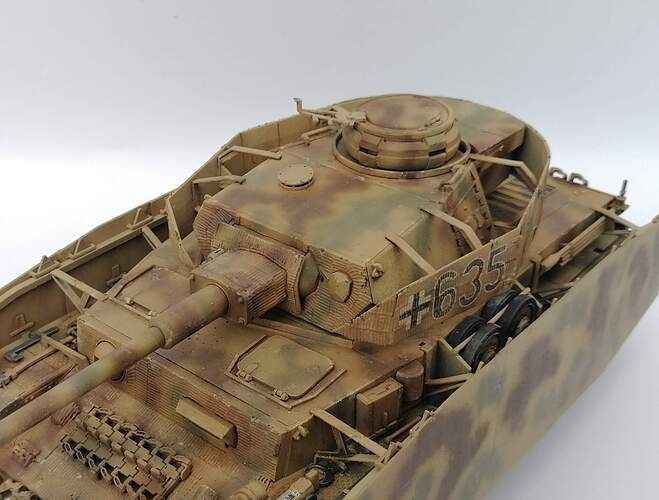 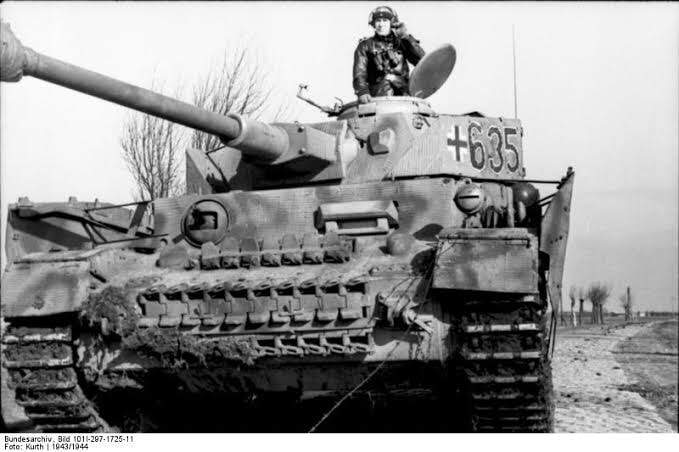 I like the paint work and the markings, right on the money for HJ #635

Thanks Wade! I tried to look for as many photos of 635 as possible - unfortunately all of the ones I found were from the front. I just copied the camo suggestion of a decal company for the schurzen. This was quite an enjoyable build

Hi,
I noticed your comment on the vinyl tracks. I recently purchased Jose Brito’s book, “Master Scale Modeling” put out by Vallejo. He mentioned the difficulty with gluing vinyl tracks and recommended a product called “Tricky Stick” It is brushed on the ends of the vinyl track, allowed to dry and then he used a cyanoacetate glue to join them. The Tricky Stick allows for the cyano glue to stick well so that tracks can even be stretched onto a model. Both products are described as being from a company called Deluxe Materials. I have not tried it yet, but I did find the Tricky Stick at my local hobby shop ( wonder of wonders ). I hope this is helpful.

Nice job on the Pz IV by the way. What is your definition of a quick build?
DAKjunkie

Thank you Jack! I looked online, the Tricky Stick seems like a good product

Unfortunately, I rarely have access to anything but the mainstream companies here in terms of products (import tariffs tends to do that). I’ll keep an eye out though.

paint and weathering normally would take up the rest of the week. Most of my Academy/Tamiya kits have been like this. Dragon often takes two weeks if I put my heart into it (to be fair - a lot of that is time spent doing research online on what of the optional parts to use)