More of my work. Hope you enjoy it.

This diorama started out because:

The Story:
A couple of days after the Normandy invasion a few US paratroopers escort a batch of German prisoners to the beach for evacuation. A pair pause atop am abandoned bunker to admire the flotilla, out to sea, while a third, riding a captured motorcycle, watches the bedraggled prisoners. 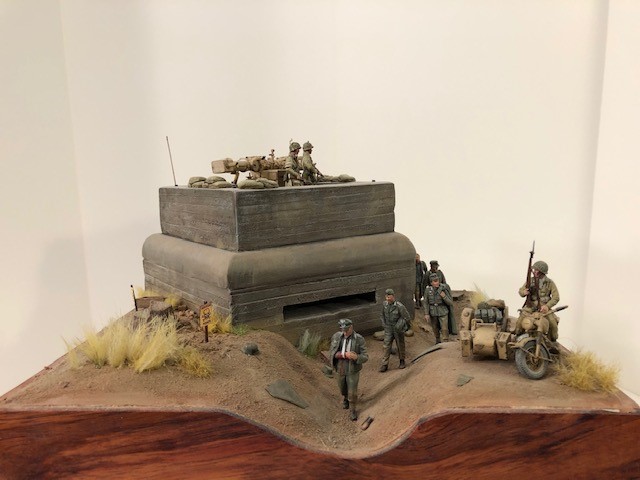 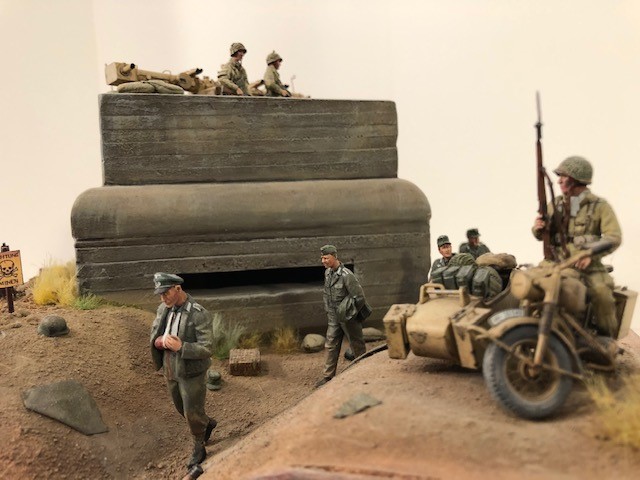 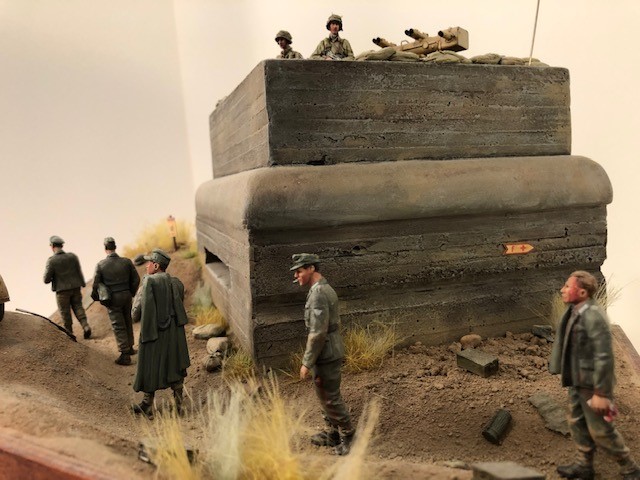 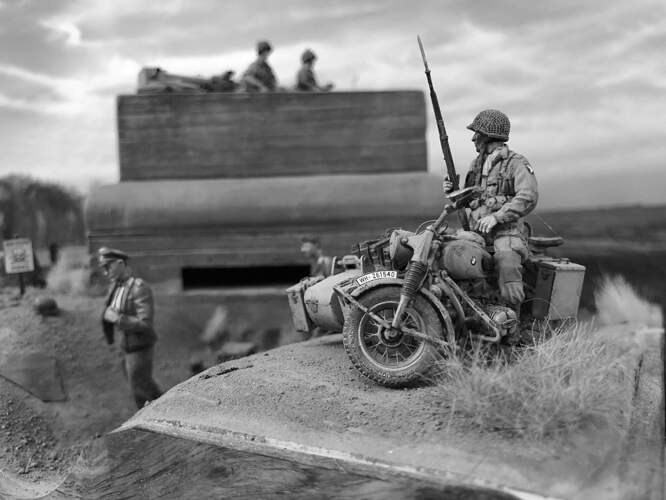 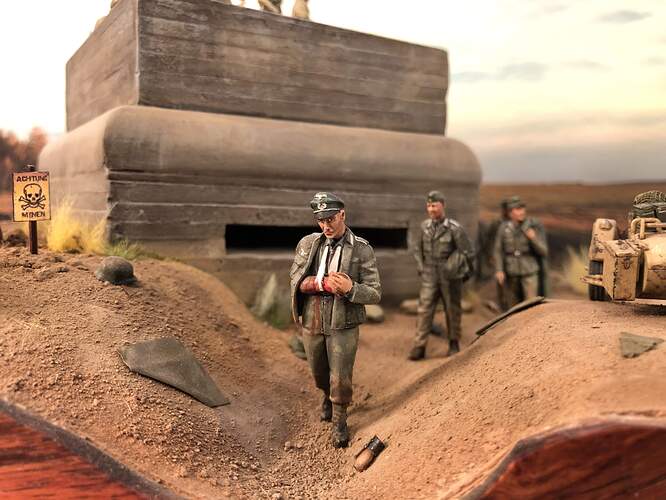 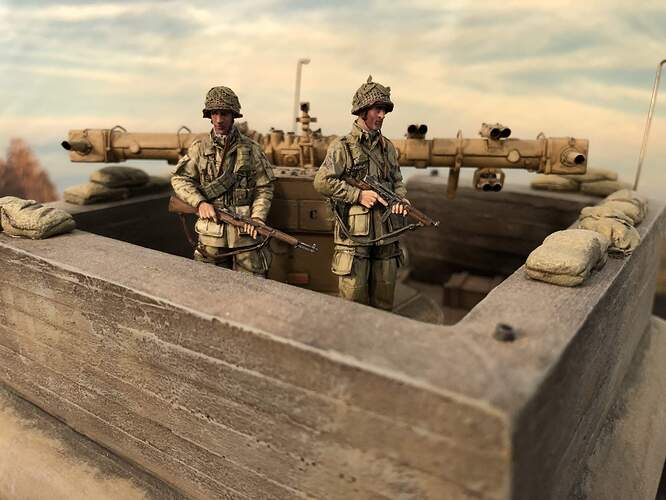 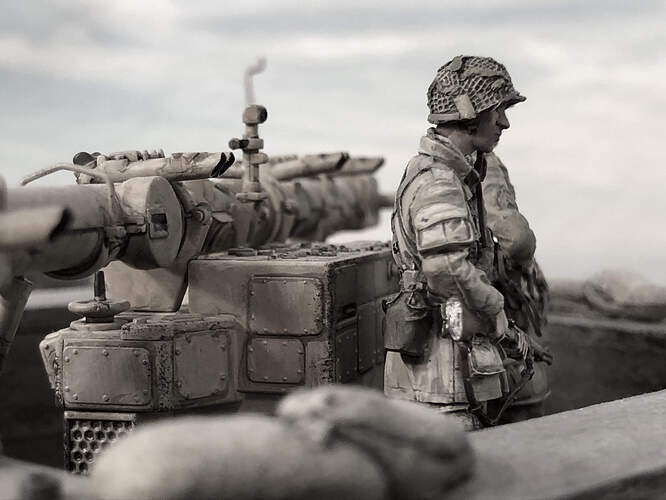 I cast the bunker, in plaster, in multiple sections. It took a couple of attempts to get it right, but I think it works. I used ‘casting plaster’ as it produces a harder product than Plaster of Paris. I built the forms out of wood and lined their insides with popsicle sticks to form the mold lines of the concrete (if that makes sense). A light coating of Vaseline (petroleum jelly) prevented the plaster from sticking to the forms.

The pair atop the bunker, from Alpine are beautiful figures. Some of Alpine’s best (IMHO).

As always, if you have any questions, I’ll be happy to answer them…

MasterBox German Prisoners set, with Hornet heads. These too were well done. I’ve had mixed experiences with their products, but these were well done and fit the scene well.

Miniart horsemen set paratrooper, on the captured motorcycle. (I discovered this trick, years ago. Any figure produced to ride a horse, can just as easily be reconfigured to ride a motorcycle.)

For the photos, I picked up a Model Rail Road backdrop poster.

All comments appreciated. How could I have improved on this?
Ralph

Not sure you could do anything to improve it. Tells a good story- all the elements are there
Cheers,
C.

It came excellent Ralph. Great job all around!

Fantastic scene you’ve got there Ralph!

Great job on this diorama. I can feel the emotion of the figures. They do tell the story!!

Great job, my friend. The only thing I would add, is some barbed wire.

I did consider some barbed wire, but I’ve never been impressed with any of my past attempts, or frankly any I’ve seen in other dios. It’s hard to get it looking to-scale in 1/35, The barbs would be, should be almost invisible…(at least that’s my excuse.)
Does anyone have a solution?

I have the old Verlinden set, which looks rather convincing. But availability will be an issue…

Very well done Ralph. All previous posters summed it beautifully
No improve to this that I can see. I feel it is a top notch work