And no blast panels for the ammo hold either…

Yeah. That’d be bad if it goes.

Can anyone ID what these are that I pointed out? They were not included in the AFV kit but are on the Eduard PE set. 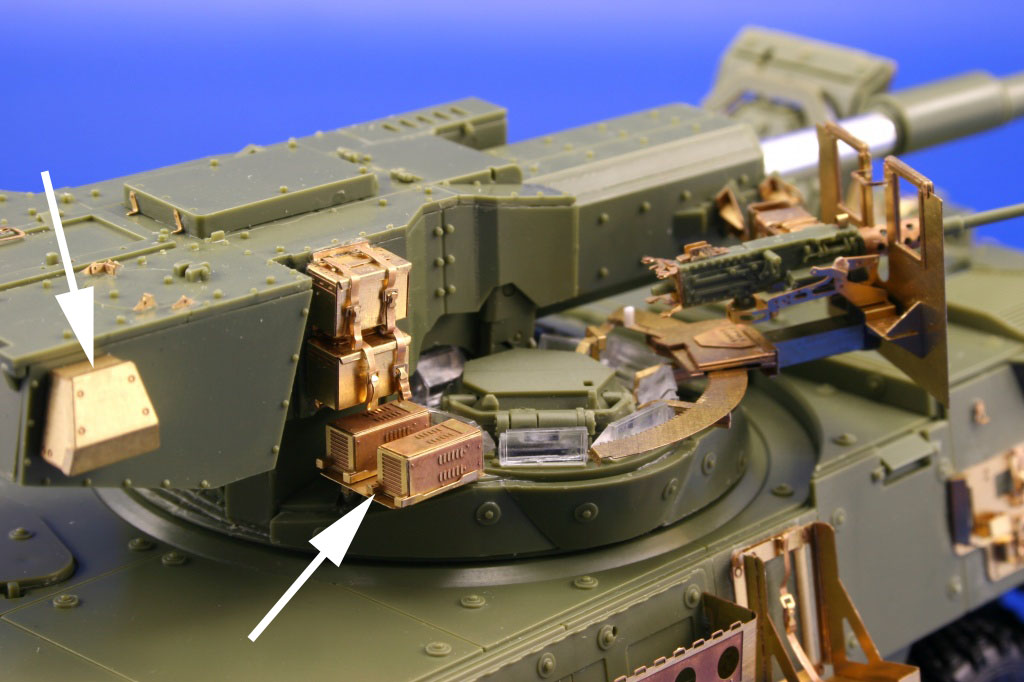 Also, anyone know what this antenna is? 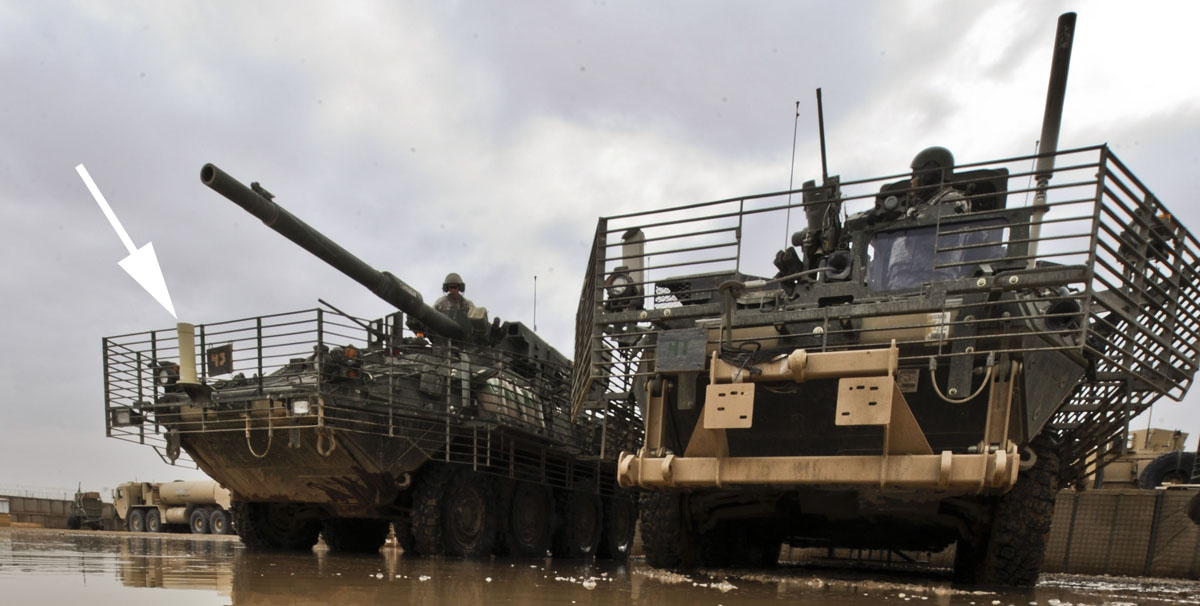 Some other Stryker questions if anyone can help as I also plan to do an M1126 and M1132.

Does anyone have any better views of the gun mount by the platoon leader’s position? I have seen either the M240 or M249 mounted on a PLATT swing arm by the hatch but no clear images showing where exactly the swing arm is mounted. It is attached to the blast panel or attached to the upper hull? Looking for cleared images of how and where the mount sits. 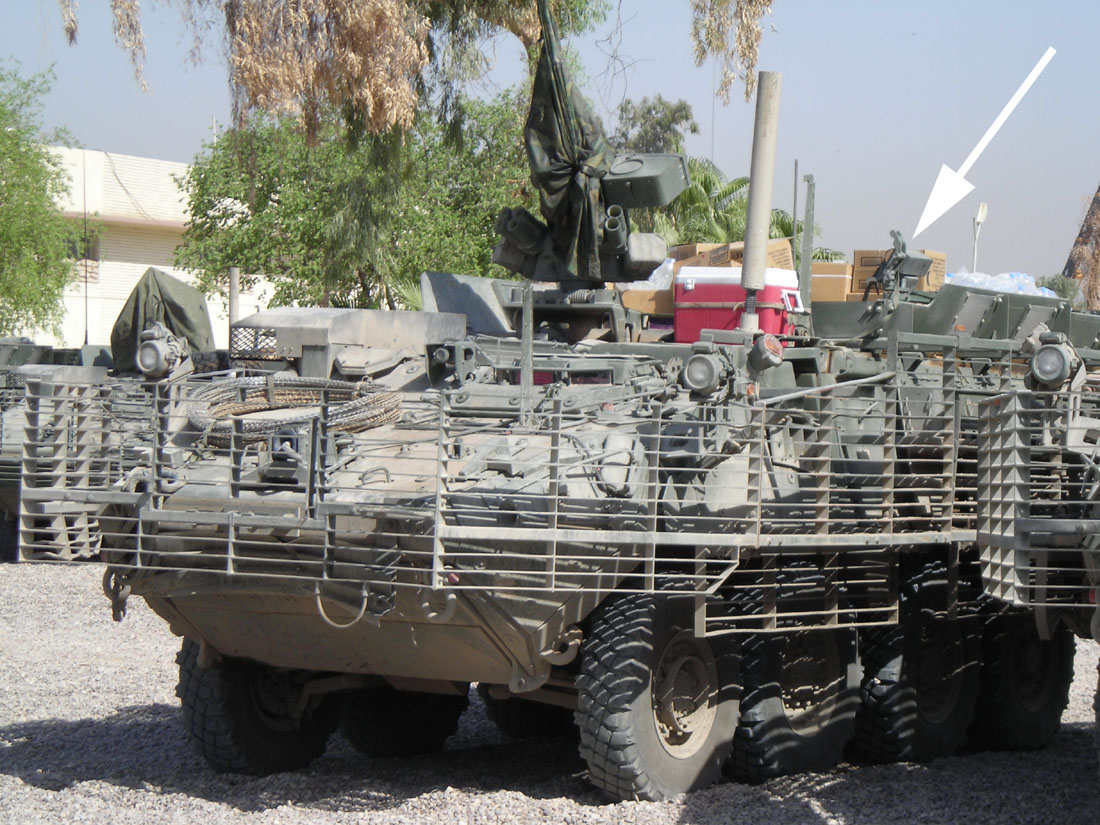 Also, is it only the M1126 version that uses the rear hatch gun mounts or did other versions like the M1132 ESV fit them as well? This image shows the rear hatch mounted M240’s and Blast Models has a resin set. 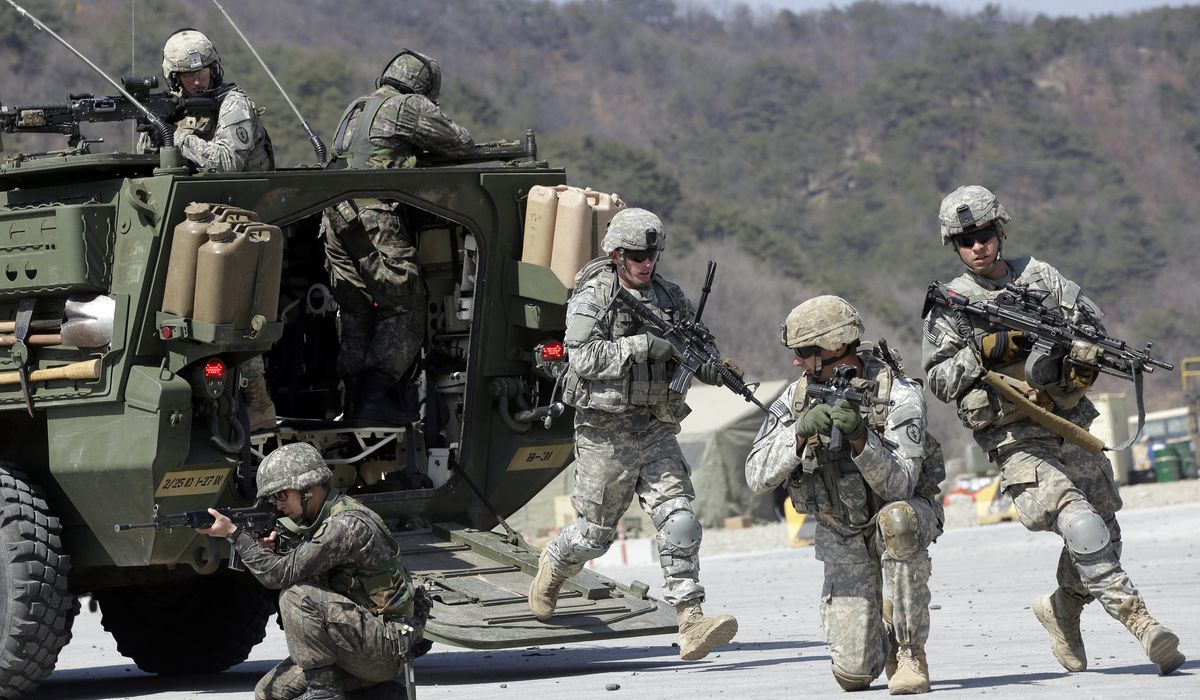 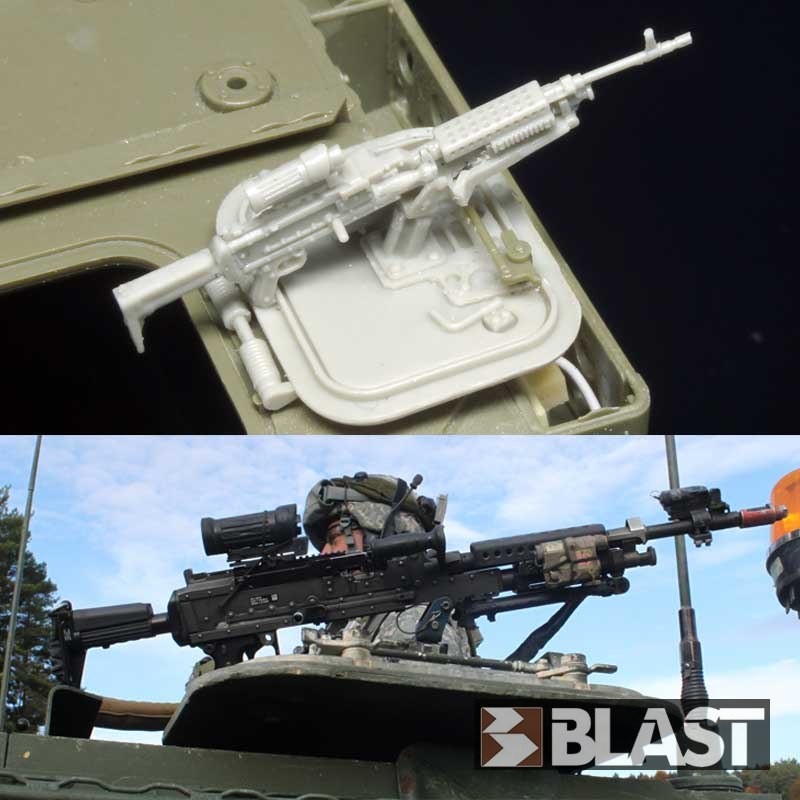 I think I found the base plate for the gun mount on the blast panel by the platoon leader’s hatch. It is included in the Eduard M1134 blast panel PE set. They are parts 4 and 20 shown on the upper right corner of the Eduard instruction sheet. So far I only see it available on that specific PE set. I also pointed it out on the Eduard product image. Should be easy enough to scratch build. 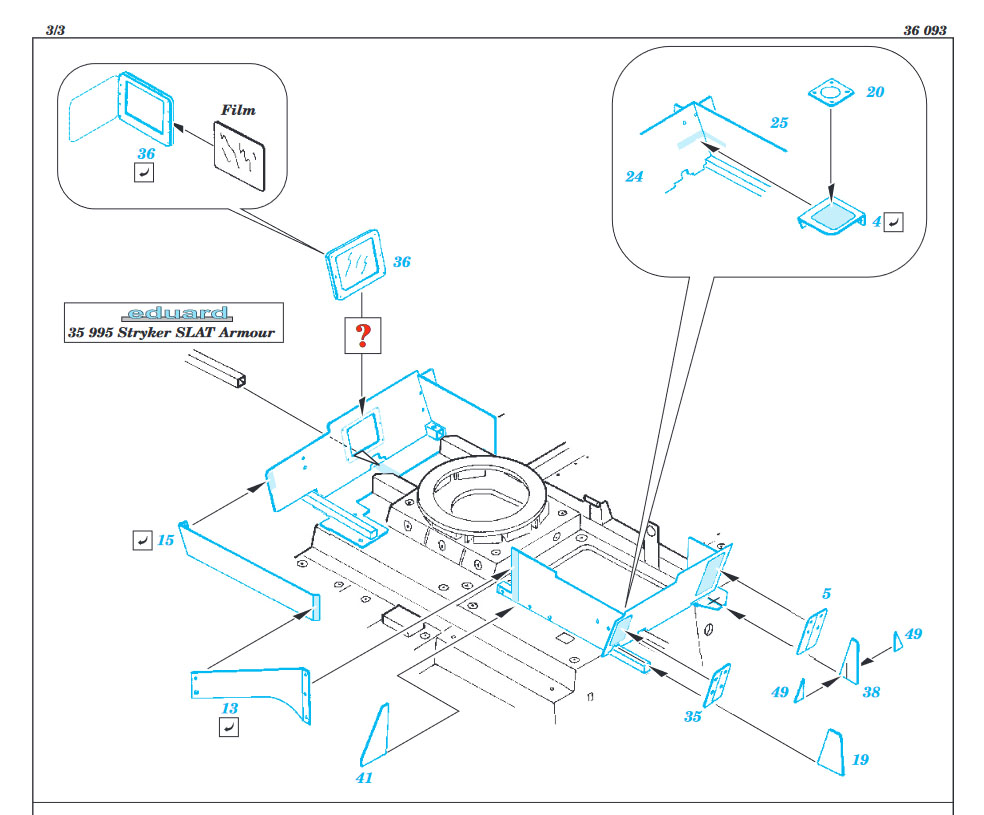 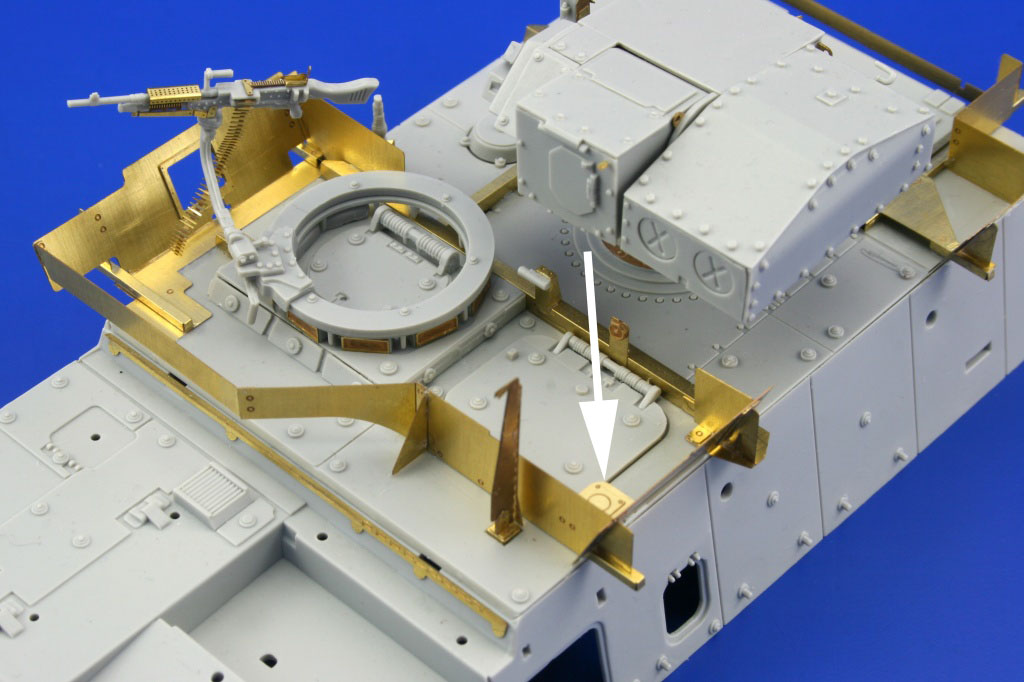 You can see the PLATT swing mount attached on this Stryker with the blast panels in the same position as shown on the Eduard images. 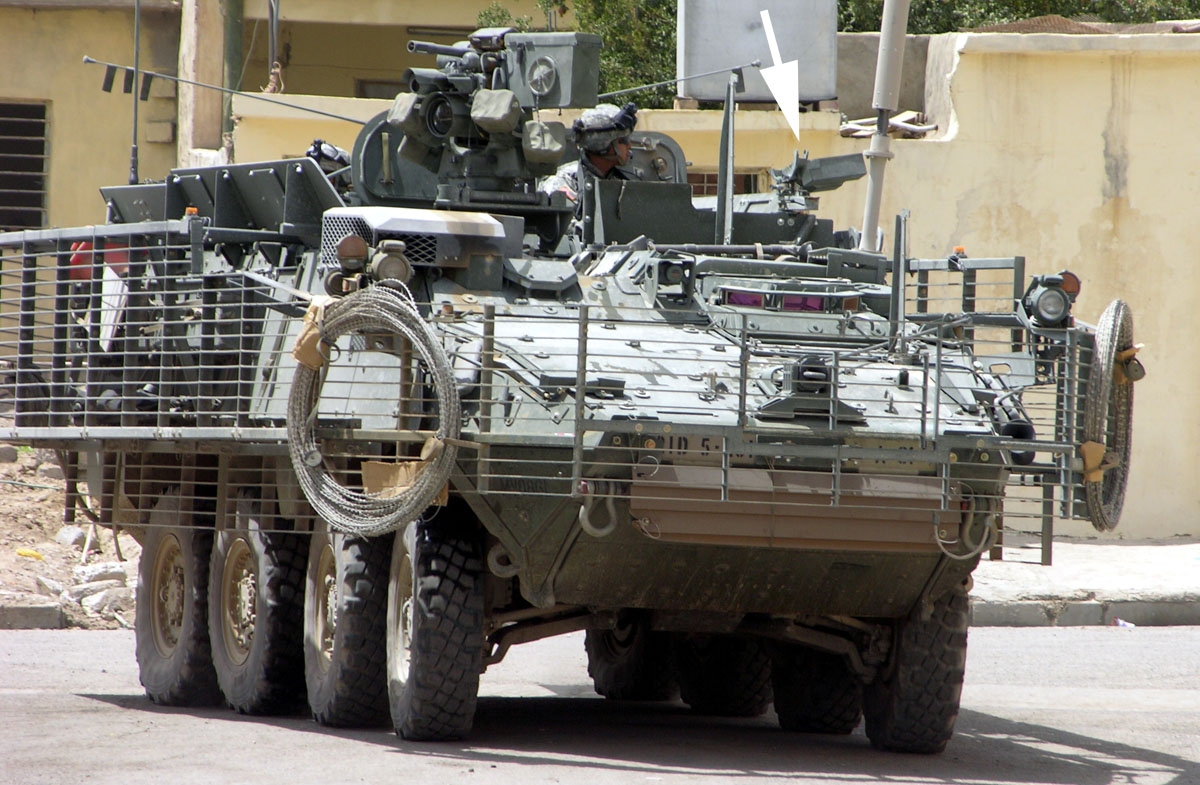 Is this video accurate?
It seems that the army wants to have it’s cake and eat it too-ie- have mobility and firepower and not lose vehicles due to its lack of armor.
Personally, I think these wheeled vehicles are a '90’s era fad that should go away.
I wonder how the BTR series are doing cross country in Ukraine now vs the BMP?
Give them to the airborne and get guys in a Bradley or a new infantry vehicle.
My 2 cents.
PS-I love the look of the vehicle!

@Dan The video is based on open source intelligence gathered from Defense blogs, soldier comments, websites, and official government sources. It may not be 100% accurate, but it coincides with most of what I’ve read.

Its a shame as lots of money was spent on it and it has had a short life.
I still think its a cool looking vehicle.

Great to see you back in armor modeling action, Terrance! Nice work so far.
I have been wanting to CAD and 3D print some slat armor for Strykers but there was no demand and I don’t have the bandwidth to CAD new things at the moment.
Will be watching this thread for your continuous work.

Thanks James! I have been on and off that MGS kit for around 4 years now. I am a notoriously slow builder because I am dependent on the weather as I can only paint outside.

I found this image of an MGS and the caption said Kandahar, Afghanistan. It doesn’t have the slat armor so I will more than likely do mine like this. I just need to find that short, fat antenna and how it is mounted.

terminator, thanks again for the information to GD Kits for the Eduard PE set. It finally arrived. 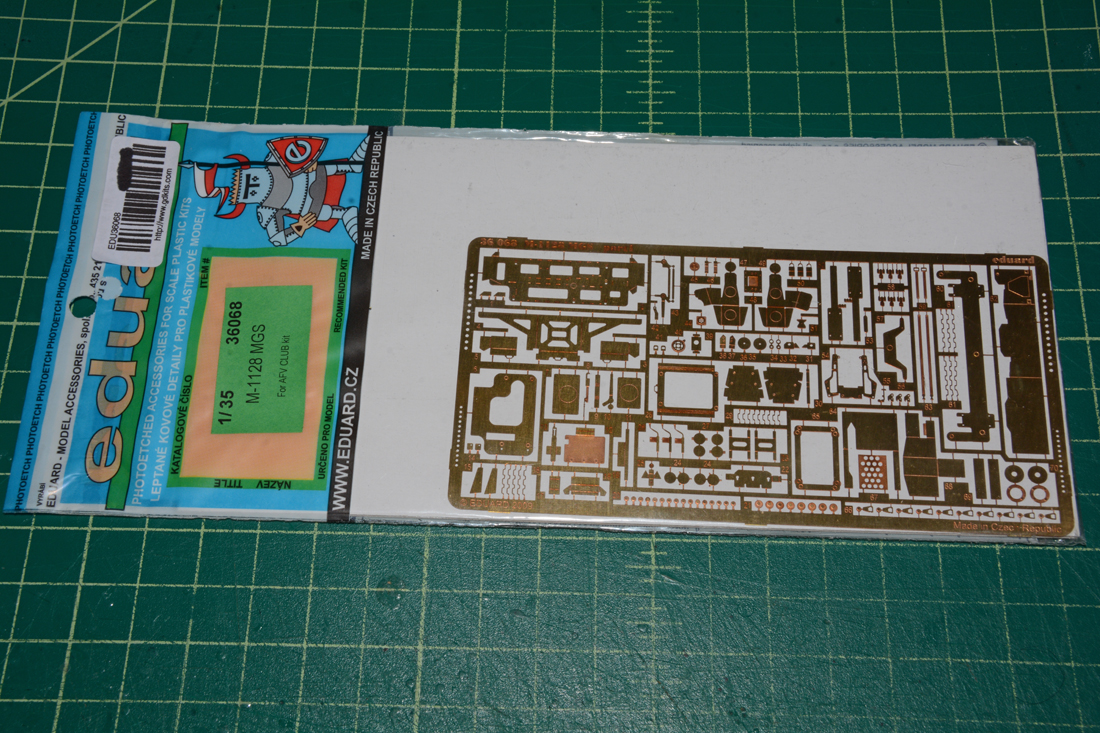