This is AFV Club’s excellent WW2 version of the 155mm Long Tom gun. The kit goes together well. It has some nice features like the brass and aluminum equilibrators, detailed breach/breach block, and finely detailed sights. The vinyl airbrake hoses are nice but very fiddly to install. 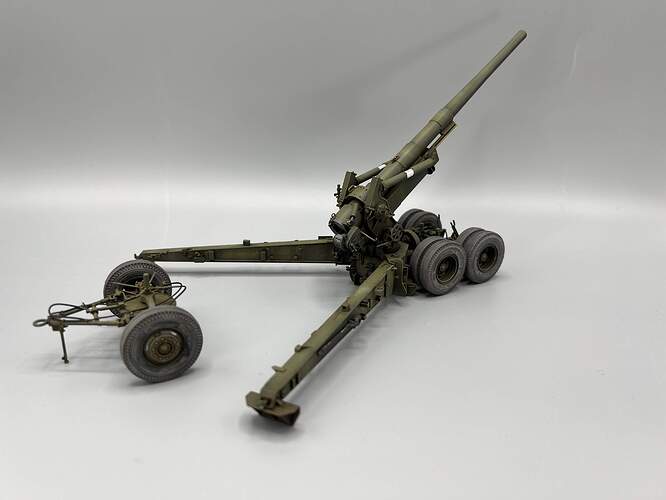 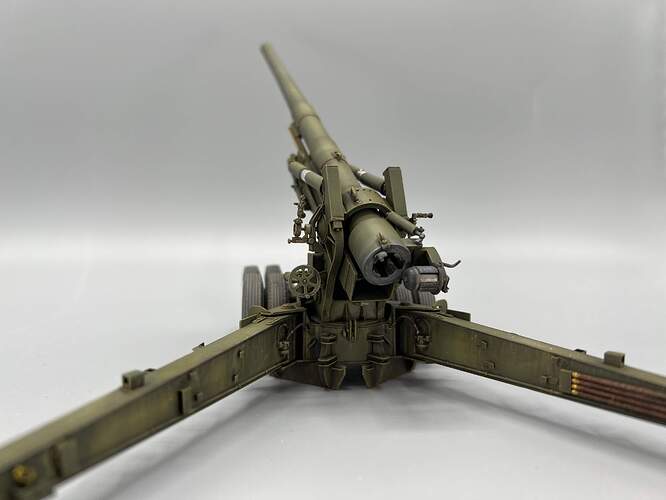 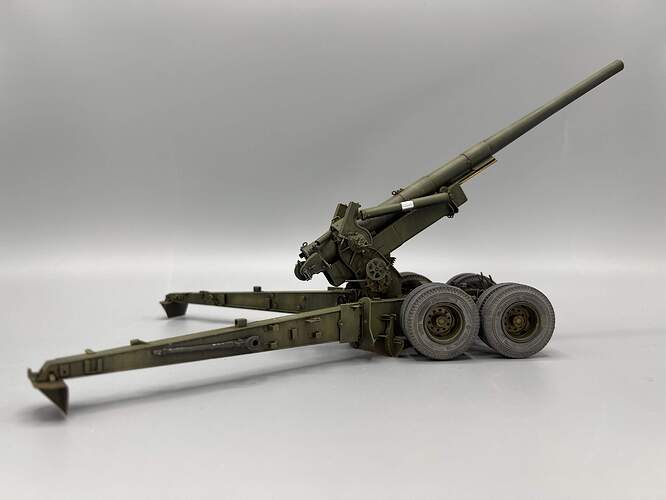 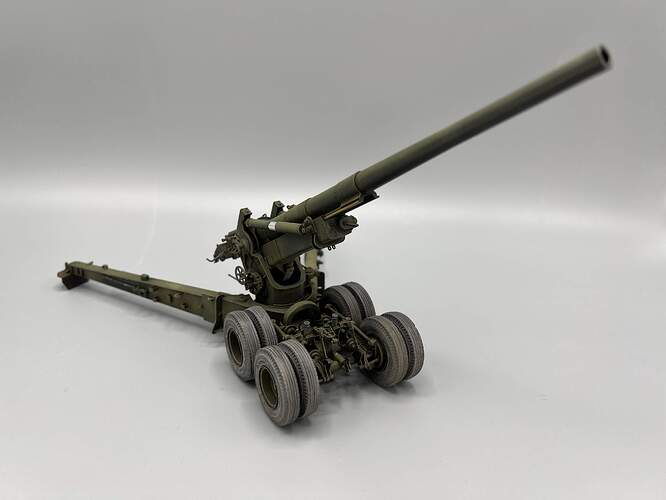 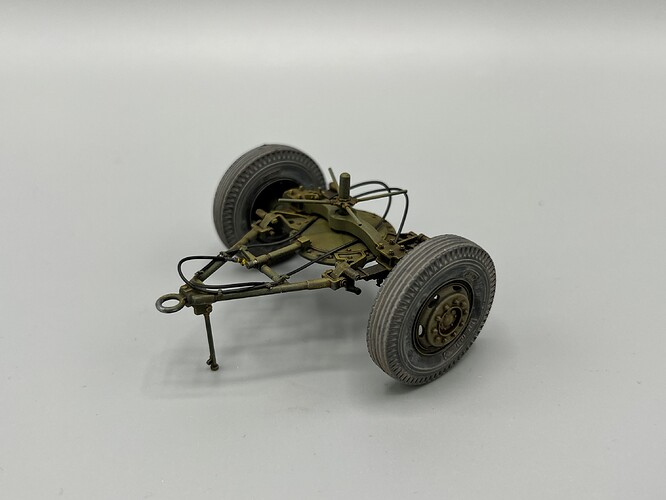 Looks good. I like the look of the new/WWII style tires. Great job.

Thanks for the compliments gentleman. This one stalled in my paint booth for a year as other things kept popping up. I finally just pushed the other things out of the way to get it done. Now for that 105mm Sherman that has been waiting for winter camo for a year…

Lol Rick I have a 105mm Sherman kit bash that’s been sitting around for years that I wanted to do in a winter scheme as well. It won’t get done any time soon; I just have the bogie assemblies on the hull so far. I’m currently engrossed in a Dragon Panze iv E with its 1000 parts.
Excellent job again on your long Tom !

Arty not my thing but this looks very nice. Like the restrained weathering.

Thanks @Armorsmith . If you pull the lanyard on a few guns, arty will become one of your things…

Excellent job Rick. Nice to see AFV Club retooled this kit. The barrel in the original M59 was terrible.

Thanks Kevin. It’s not often that companies retool a follow-on kit to correct errors and deficiencies. AFV Club did a fine job with this and their re-tooled WW2 8-inch towed howitzer. They both build up to top notch models out of the box.

Looks great. I like the subtle weathering.
I have their first kit in modules and ready to paint. Plus I extended the barrel, read it was to short in it’s length.

That sounds great. Hope to see the work you do on it.

Rick,
I also have AFV’s original Long Tom kit in my stash and am hesitant to start on it although I also have a built M4 HST and a Tamiya turned barrel (for their M40 SPG), and I even found a way to correct the AFV breech, see my build report at Baubericht - 155 mm M 40 GMC
What’s keeping me away from the kit are its 5-hole wheel rims (that AFV seems to have corrected, too, in the new edition) - what are you planning to do about them?
Peter

Nice build, love the subtle weathering and the tires. I have an AFV Club 155mm Long Tom in the stash. How do I tell if it’s the old kit or newer re-tooled one? I’d like to build it and have it towed behind a M4 tractor like taylorrl plans to build.
Great work on your model!
Don “Lakota”

Looks great Rick. Saw it at the Seattle IPMS meeting. It’s even better in person.

@PzAufkl, the WW2 version has the 6-hole wheels. In a nutshell, about the only things I’ll keep from the older M59 kit are the tires and limber. Everything else will be from the WW2 kit. Other options include aftermarket tires/wheels from Hussar. 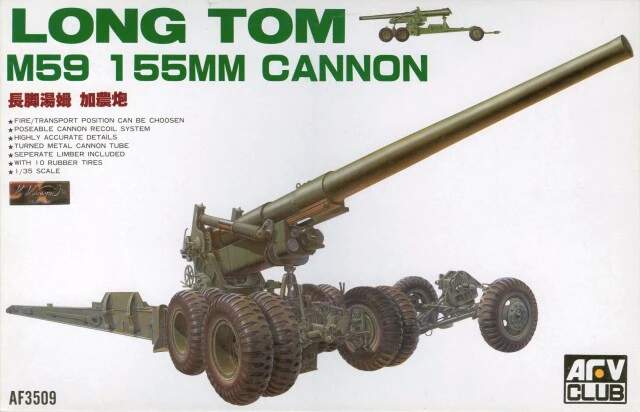 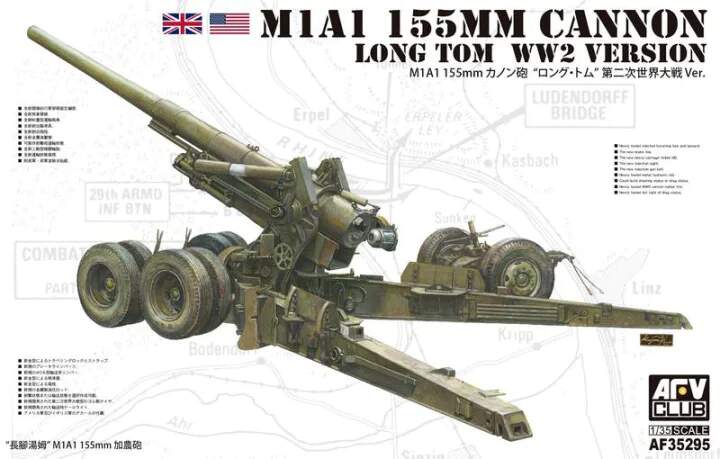 @md72, thanks Mark! The Seattle IPMS meetings are a joy - 50 to 80 modelers, lots of stuff for sale, and some amazing models on the table. We are really fortunate to have some of the nation’s top modelers in the club and several published authors on military subjects. It makes for a fun meeting.

Fantastic modelers I know, I’m not one of them. Authors? Did not know that.

Yes. In addition to bringing home a box full of awards each year at the IPMS Nats, Tiim Nelson authored a book on Seattle aviation history. Djordje Nikolic also takes home a box of awards from the IPMS Nats each year and has somehow found the time to author or co-author 6 books on Yugoslav aircraft. Tracy White does naval research and writing. I am sure that I’m missing someone…

LOL, I have Tim’s book, I need to get it autographed. Djordje is a surprise, Tracy shouldn’t have been, I’ve seen some of his slides from his deep dives at the archives.