About complete with the AFV Club M54A2. Built OOB except for the DEF rear tires.

This is my second M54 with DEF tires. I built the first one using the then-recently released heavily-sagged rear tires. These were a problem as they did not fit the rear axles, were excessively sagged (especially for a five ton cargo truck) and when combined as dual wheels, were too wide.

DEF re-released revised less-sagged rear tires early in 2020 and I bought a set, with a fresh truck kit, to try again (hey, I like the looks of this truck, what can I say?). With the truck about 75% finished, I broke out the revised wheel set from DEF and, again, they’re too wide in combination. Meaning they extend past the cargo bed sides by a few millimeters. From the side, not noticeable, but when viewed from front or rear, not right.

I guess the appearance can be corrected by cutting back the four rear wheel brake drums, reducing the thickness so the wheels will set closer inboard, but as this is the second go-round on DEF tires for this truck, I think it’s better to let it be.

I’ll add some final images a little later. The final item will be joined by a Perfect Scale Modellbau M149 Water Buffalo trailer. 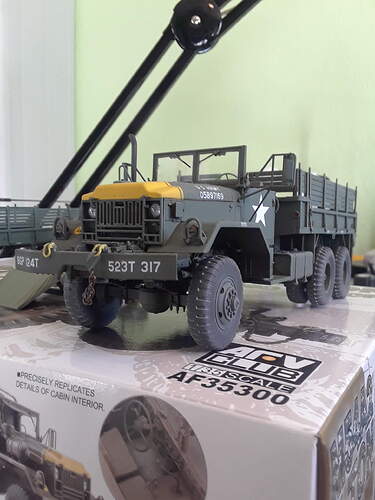 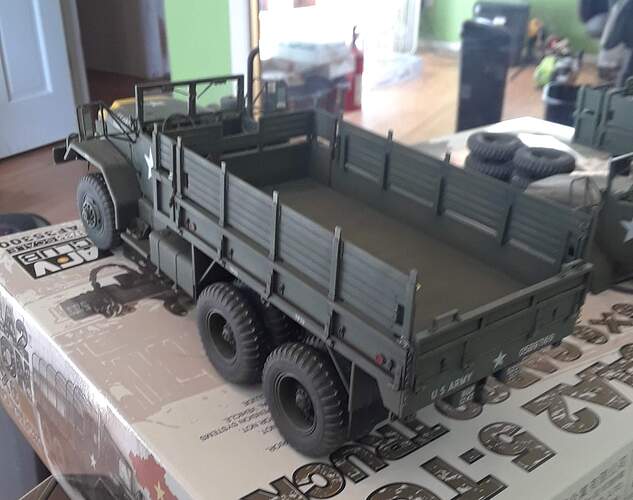 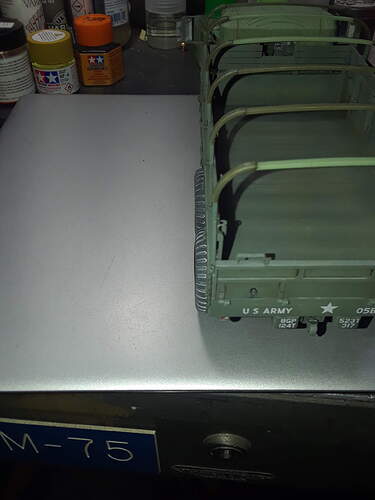 Yup, still too wide. It looks good otherwise. Can you trim the rear axle back to make them tuck under the bed sides? I have the original DEF set, front and rear. I may resort to a set of AFV Club M59 Long Tom wheels I have on it. 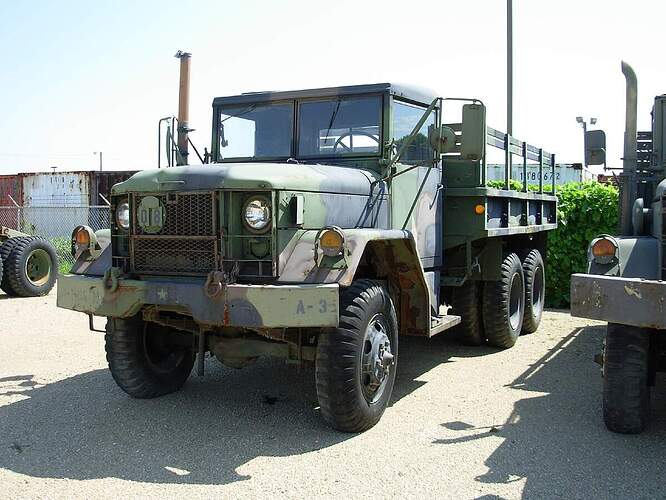 Edit: See Ginos correction below!
Oh the shame, I’ll never live this down …

Robin, you have pictured the smaller M35A2, which was only 2 1/2 tons. The M54 is larger and has a flat front grill/hood. 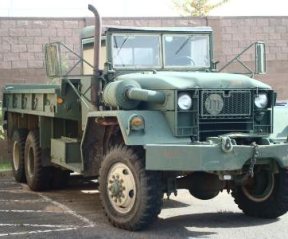 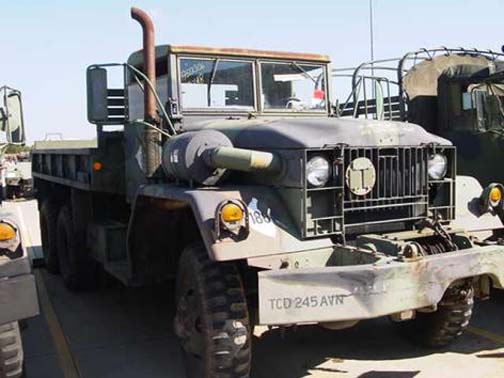 You can see above and below that the rear tires should be completely under the sides of the bed. 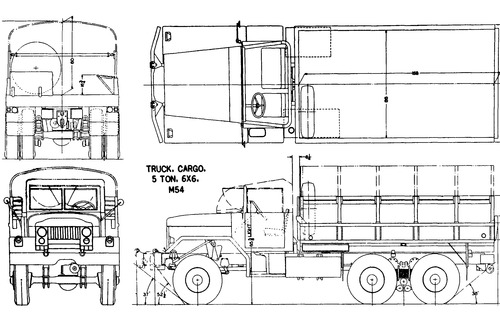 The dangers of not checking the results from Google image search carefully.

Gino,
Yeah, cutting back the brake drum thickness might do the trick. Doing one would be easy; trying four and keeping them equi-distant after everything is already assembled (minus attaching wheels) would be a tad perilous to the rest of the truck.
When the first set of DEF wheels for the M54 were released, and I worked through trying to make them work, I was contacted on FB by the company owner who admitted he had designed the first set without benefit of having the AFV Club on hand to test-fit his design. DEF recalled the un-sold first sets and then re-released the less-heavily sagged current tires. I hope he reads this thread and can make some final adjustments. A model builder shouldn’t have to make radical changes to a kit to accommodate ready-to-assemble aftermarket items. Jus’ sayin’…

I have to ask - how bad were/are the kit wheels?

The kit tires are the “issue”. They are not horrible, just very squared off and don’t represent the uni-directional mud tires well. They look too new and not used to me. You could probably sand them more rounded, but I prefer to replace them. 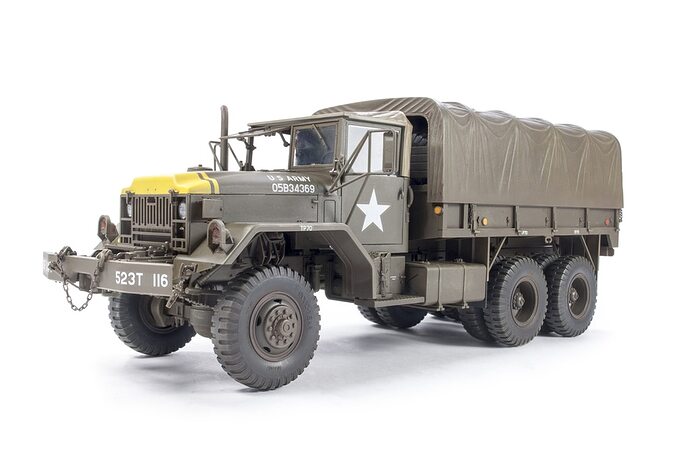 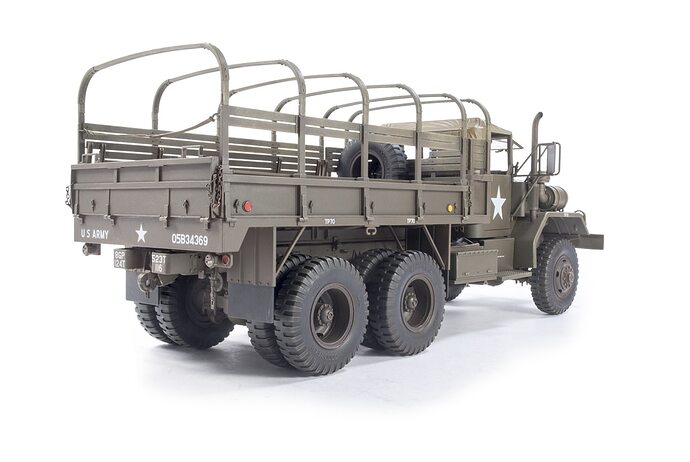 Thanks for that Gino.

We forgive you Robin lol 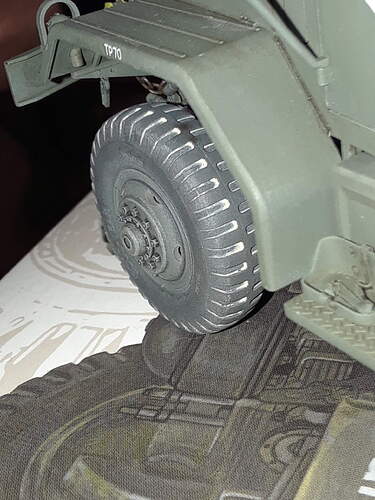 I did use the kit tires on the front axle, sanded them on the shoulder to lose some of the square profile. They actually came out fairly well. I didn’t do the rear duals as the axle ends that protrude through the wheel had already been super-glued into the DEF ones.

Looks great. Got a few miles behind the wheel in the M54. Even overloaded, the tire do not get much sag in them contrary to popular belief. We usually loaded ours with stuff slung in a net from a chopper, so the side rails were long gone before I ever showed up.
Did the kit come with or without the winch. Hard to tell from the photo. I’ve seen them come in both ways. Normally transportation companies didn’t have the winch, and line units did.
gary 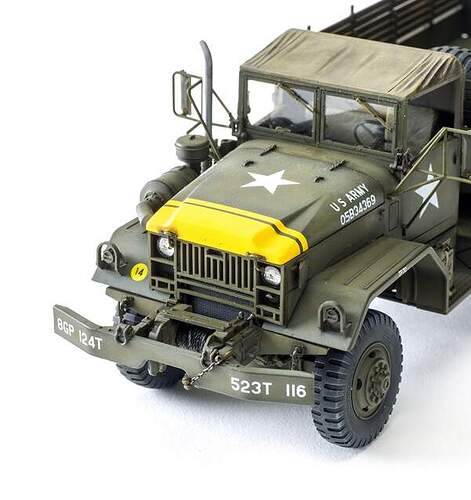 Yes, it has the parts to build it with or without the front winch.