Looks good, available soon at a hobby shop near you. 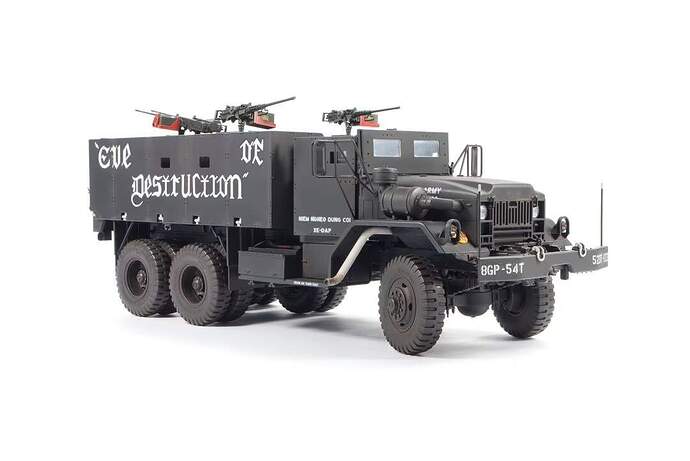 Very nice. I was hoping they would come out with one of these guntrucks.

I waited that Echelon or Star decals offers EVE OF DESTRUCTION option for one of my 3 AFV kits but it will be perfect to buy this new beauty (with my Def civilian front tyres).
This truck was one of my favorite projects since +30 years and the Squadron book about VIetnam wars.
Thanks AFV Club, kit of the year for me

Walkaround of the 1:1 one here

There are some real colourful marking options out there, and different permutations of armaments, too. Chain gun and grenade launchers among them. Plus, I think, legends do a crew for it. Or hobbyfan?

The Eastern world - it is explodin’
violence flaring - the bullets loadin’
You’re old enough to kill -
But not for votin’
You don’t believe in war -
but what’s that gun your totin’
and even the Jordan River’s got bodies floatin’…
Then you tell me o’er and o’er and o’er again
how you don’t believe
We are on the eve of destruction.

The first 45 I ever bought and my father told me I was wasting my money .

Ah, what does this have to do with AFV Club’s new gun truck, or modelling at large? Anyone?

The truck was obviously named after the song by Barry McGuire - at the time a political statement regarding the Vietnam conflict . I didn’t think an explanation was necessary and I certainly didn’t intend to derail a thread . I thought it added another dimension to the blog. I hope you will find this explanation satisfactory.

Barry McGuire! Great tune. Been a while since I heard that one.

Ah, my mistake, sorry for that, I missed the reference. Not my timeframe

No worries - we are not all dinosaurs - LOL

Being a 70s child myself, I’m into the second half, too. And should have known better.

Well as long as we are remembering Vietnam era songs, how about this one:
… it aint nothin but a heartbreaker, friend only, to the undertaker …
Ken

“Eve Of Destruction” is the last surviving Vietnam era M54 Gun Truck. She was brought home from Vietnam and is currently on display at the US Army Transportation Museum at Ft. Eustis, Va.

I saw her in person and she’s something else. Only thing missing from the sample picture is the yellow stripe at the front of the hood. 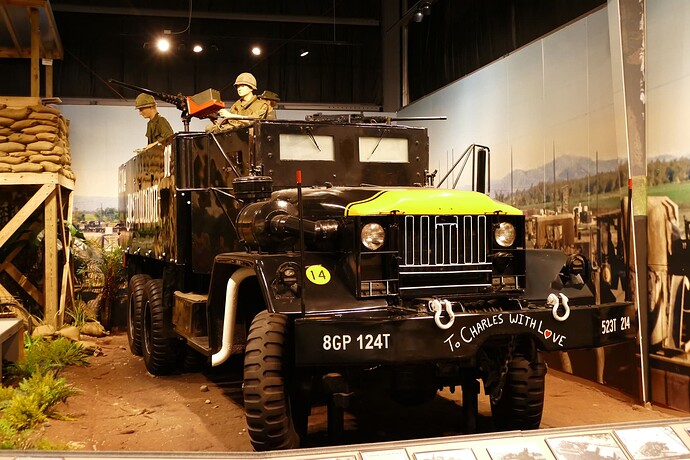 Looks like this is starting to hit Asian suppliers, at a good price too. I already have one on the way. 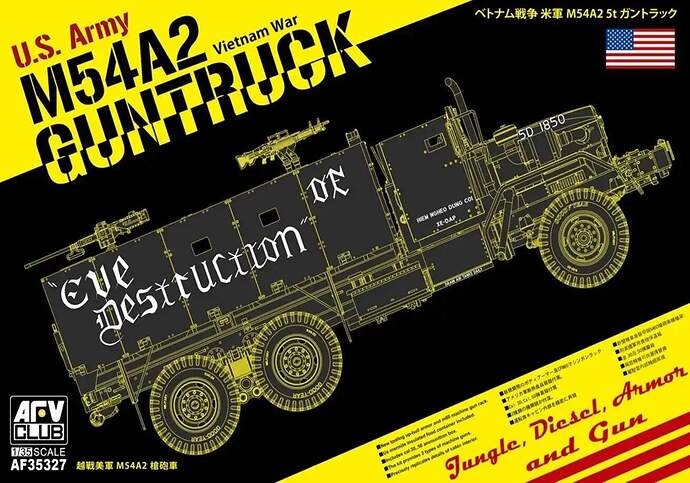 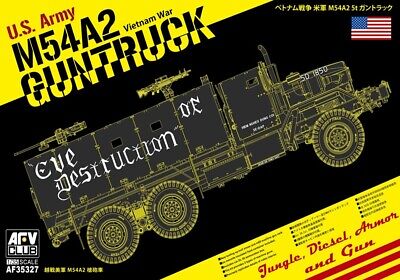