AH-7 Lynx in the Balkans

Waiting for bits & pieces for my other helo projects to show up in the mail so I’m doing some work on my 1/48 Airfix AH-7 OOB. I saw something a while back that after the UN turned the Bosnia cluster over to NATO the Lynxes there started carrying a mixed armament of a GPMG and TOWS, much to the consternation of the Bozos who had been getting away with taking pot shots at the helos. First, any validation to this rumor? 2- IFOR, SFOR, KFOR time frame(s)? 3-Was it an Army thing or did the RMs do it too? 4- what I remember reading MG was on one side, TOWs on other. Makes sense. Looks like the GPMG mount would foul the TOWs launch line, but would that set up create balance issues? And what side would the TOWs be on? I’d thing port side because the TOW gunner’s kit was on that side of the cockpit.

That sounds like it will be an interesting project. The Lynx is my favourite helo and have one of those in the stash, so will be great to see a build.
I’ve not heard of this fit, but it makes sense to deal with the mixed threats in that conflict.
I was always lead to believe that the general rule of thumb is to mount door guns on the port side. Something about the pilot, being on the starboard, having a better field of vision in a counter-clockwise turn? I could be wrong.

Not sure an imbalance of fit would be a problem. One of the things I’ve been researching on and off are the Royal Navy Lynx during the Gulf War. A common fit was a pair of Sea Skuas on the starboard and a FLIR kit and ECM pod on the port. Once the missiles were fired, that’s a lot of weight on the opposite side but it didn’t seem to effect handling.

Wish I could find that reference again, to read it closer. Check the details. I’ve seen asymmetrical load outs on fix wings, but I’d suspect they are a little less finicky than rotor wings. Though what you said about the RN ones …

UNPROFOR had different and far more restrictive ROEs compared to IFOR and SFOR. If fired upon, they did not have go through five layers of UN command to seek permission to return fire and eliminate the threat. They were armed accordingly. 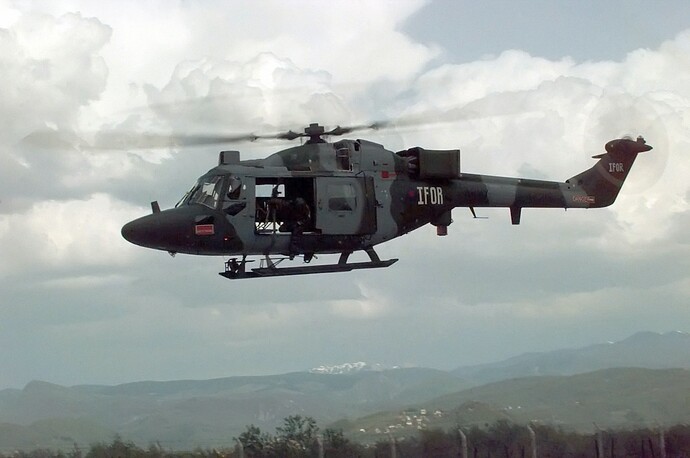 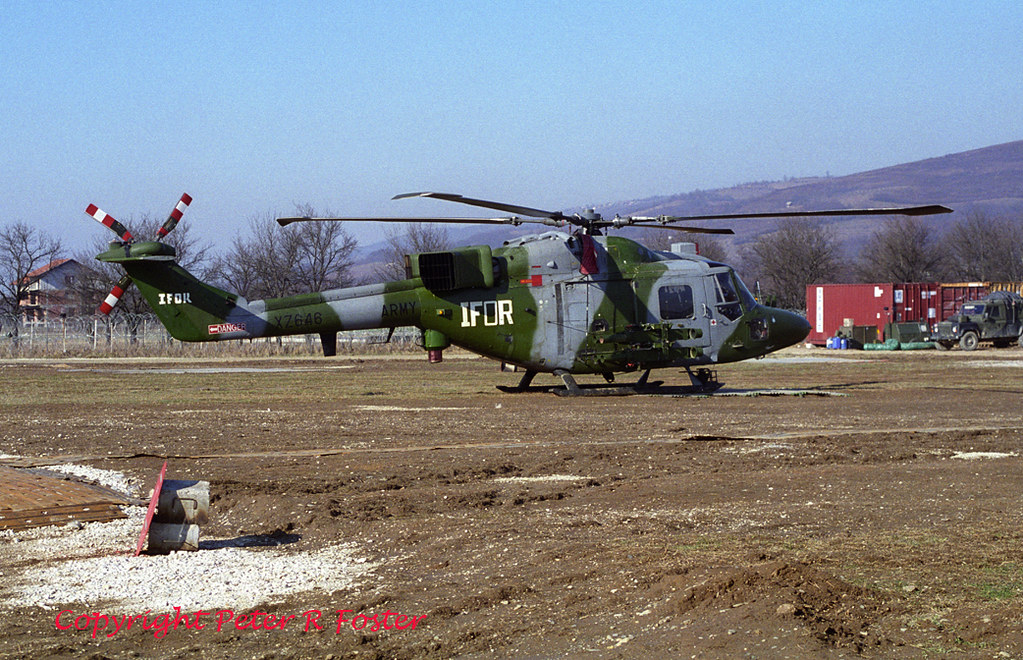 The ROE for UNPRFOR was not so complicated, you where allowed to fire back if you was fired upon or fire first if you could prevent war crimes. The big issue was to use the CAS aircraft (NATO) so at least in the Nordic battalion we used the Danish Leopard 1A5 tanks instead if possible. Google Op Böllebank as an example.

Interesting. I didn’t know the Lynx was actually in the Balkans. Thanks for sharing!

Interesting event Nicklas. First time that I had heard of the incident, and thank you for bringing that to my attention. The Wiki article highlights the UN command reluctance to back the troops, and authorize use of heavy weapons, not to mention the aftermath where the troops were accused of violating the ROEs. Kudos to the troops on scene for acting while those up top dithered. And would do so for another year until somebody decided to take somewhat decisive action.

Nice pics. Still wonder about the mixed weapons load out though. Different helos and different sides. Both have TOW sights though. I did find out RMs did not have any AH-7s in IFOR / SFOR. (845 Sqn had Seakings there. 847 Sqn had the Lynx in KFOR.) Did 847 use MG and TOW set up?

RE: ROEs. I heard somewhere that the early (62-63) advisors in Vietnam had FU ROEs. If the ARVN unit they were with got ambushed they needed to radio for authorization from the ARVN units CO, ARVN division command and the district chief to engage. One advisor’s solution … if they started taking fire he had the RTO drop the radio and he fired 2-3 rounds into the radio. “Radio got hit with the first shots. We couldn’t radio in.”