This may be the most uniformed question I ever have, but I’m fine with that as the question is driving me nuts the more I research? Someone remarked that my Shack had both ailerons in the down position. I know this answer may differ with some aircraft? I think the ‘aileron differential’ is the question, if that either is disabled, or due to selections via
cockpit controls or a result of hydraulic leak down? Or whatever I cant’ think of? As a modeler, if I have separate control surfaces, I’m going to drop them if the plane is parked, but is this generally correct? Can’t recall EVER seeing a model or actual aircraft with the ailerons showing differential when static? Generally it seems most aircraft park with the control surfaces ‘neutral’ to mitigate any winds pushing on the airf rame??? Not sure?? Ok my student book is open to an explanation. Thanks 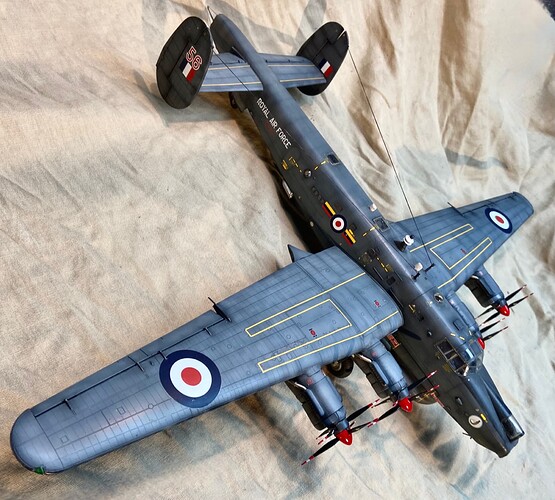 It largely depends on the aircraft, but both ailerons down should be impossible with a purely mechanical system.

Some aircraft have surfaces that are powered in some way: hydraulically boosted, electrically actuated, you name it. In some cases turning off the engines, because it also turns off the assistance, will lead surfaces to extend slowly. This is most common with flaps: they have to be closed with hydraulic power, and if the pump’s switched off, the system loses pressure and they open again. It can happen with others too, even with some ailerons.

However, a non-powered system - one that relies entirely on mechanical linkages and gets any boost from gearing - will usually leave surfaces as they were positioned when last used. Flaps will stay up, ailerons and elevators will too if left neutral. In a few cases elevators may drop slightly because their weight overcomes the tension in the control circuit (this doesn’t happen in flight because of aerodynamic forces). You then have to consider how the surfaces are connected - to the controls, and to each other. Elevators can sag because they’re designed to work together: both go up or down, but they can’t work in opposite directions. Mechanical ailerons are connected too, but if one goes down the other must go up, although the amounts will differ and the system allows for that. This means that ailerons will usually not move at all, and if they do, they’ll go in opposite directions. If you have access to a light aircraft you can test this: lift one aileron and watch the other go down. (If it doesn’t, don’t board the aircraft.) From what I recall of the Shackleton, I’m afraid this means yours are wrong.

Caveat: these are general remarks. Specific aircraft types may differ, which leads back to the standard advice: check your references. And if you do displace surfaces legitimately, you still need to check whether anything in the cockpit should be displaced as well. There’s no point offsetting your ailerons on an old-fashioned mechanical system and leaving the control column centred.