Scot Cast released a conversion kit for a proposed Air Defense Abrams.
https://www.ams-paints-and-accessories.co.uk/pages/shop/product.html?product_id=138247209&
BTW the designation is wrong, it should read AGDS.

I have to admit… thats actually pretty cool!

Interesting.
I wasn’t aware there had even been a proposal on an M1 chassis. What’s it packing, a pair of 30mm?

I hope it works better than the last Air Defense Tank, the Sgt York!
Ken

I worked on the Abrams project for almost 15 years. There was a constant stream of one or two prototypes. The two neatest ones were the bridge layer and the M88 replacement. There was one project that used a generic hull and a turret that must have been 18 inches wider and a lot more overhang. I watched the turret being welded together over in Lima. (there might have been two of them). The gun was much bigger, but then again there were all sorts of stories as to it’s size. We heard 140mm and even a new 152mm gun, but nothing firm ever came around. At one time there was even an SPG proposal, but that didn’t go far. I keep wanting to see somebody do the Chrysler XM-1 and the GM XM-1 prototypes. Last I heard Littlefield had the GM prototype and the Chrysler XM-1 was stored away at Ft. Knox. Each hull is quite a story in itself.
gary

Thanks. My first thought were 40’s, but they didn’t look big enough when I looked closely.

I hope it works better than the last Air Defense Tank

A US Paper Panzer. It never went past he drawing board. It was proposed in the mid '90s when it was realized armored ADA was lacking during ODS.

I’m not a big fan of Abrams as a modelling subject, but with that conversion I’m sorely tempted! I assume it was about as successful as most post-war AA tanks? Got the M247 in the stash, and plans to build its GE paper-competitor that mounted the GAU-8 - that would have been something to watch…

A US Paper Panzer. It never went past he drawing board.

There were a number of prototypes built. It failed badly during live testing. I have seen several out on ranges at different places I was stationed in the Army. The last one I saw was on a range on Kirtland AFB back in the 1990s.
Tamiya actually did a model of it.
Ken

Right, I’m talking about the Abrams AGDS. It was only a concept on paper.

Right, I’m talking about the Abrams AGDS. It was only a concept on paper.

It seems to me that almost all of the aircraft would be using missiles or laser guided munitions to knock out tanks and buildings. I don’t foresee a lot of strafing unless there was air dominance and even then portable anti air would make it an unwise decision. I am not sure of the 30mm’s target. I think ADA will rely on anti aircraft missiles and maybe some anti missile defense.

Wouldn’t they be targeting helos using pop-up tactics rather than ordinary aircraft? The obvious trouble is the need for speed in terms of detection and targeting…

If the Helo is launching anti tank missiles at 4000 meters the 30mm is not much help.

Possibly if the 30 mm could shoot down the missiles …

Sounds like the Phalanx system the Navy uses but there is a lot of gear that goes with it.

Guns are still useful for SHORAD (SHOrt Range Air Defense). The newest system that is being fielded now is the M-SHORAD (Maneuver SHORAD) Stryker. It has a wide range of ADA options, including a fast-firing 30mm cannon. 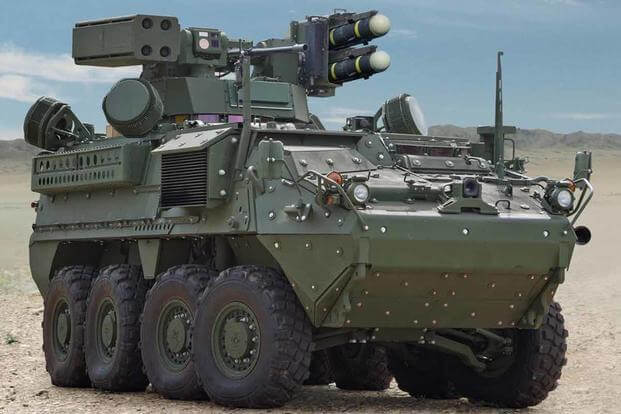 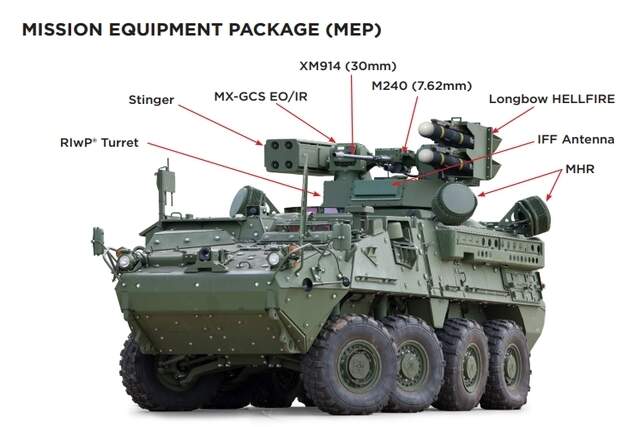 The Russia and Chia also have such system, with the 2k22 Tunguska, Type 95 and Type 09 both use twin cannon for various reason. They are good complementary asset.