AK Weathering Pencils - Something New to Me

I was wondering if anyone has started using AK’s weathering pencils? I am currently building a Hobby Boss 1/48 F80C. I plan on using Alclad II airframe aluminum for the base color. I am going to attempt using AK metallic effects set instead of a wash. Anyone have any opinions on this? Sounds like a good idea maybe. Cheers

The pencils are useless in my opinion. I’ve had better luck using a sharpened No2 pencil.

I’m guessing you can find colored pencils that do the same thing at the craft store for much less.

Search the forum lots of discussion about them. I agree with the other two posters

Yes, I agree…the pencils only work for matte/flat surfaces and as expected they are pencils and make fine subtle colored lines that are practically useless for weathering appearances most of the time, meaning we’re painters, not drawers. We don’t “draw on model kits—we paint them.”

You can use them for very fine scratches and shadings, but they’re often so subtle marks that it’s barely noticeable unless you hold the kit up close to your face. I bought a few AK pencil sets and to me, they’re not as useful as intended to make chips, scratches, or dents. They will dull a gloss painted surface matte if you rub it on, but the colors have to be really bright and vibrant to show scratches, dents, and marks…not military paint colors.

Just remember, if you want to DRAW on model kits, then you can buy some AK pencils. If you want to PAINT model kits, then best to stick with various size brushes. The AK wax will stick, but often times it doesn’t show very well. AK pencils are fun to use, but it’s kind of like you’re wasting your weathering time unless the colors aren’t military paint colors.

AK weathering pencils are a total disaster. They do not work at all. No matter how you use them, what you use them on, or what medium you use them with, they are a complete failure. The best you can achieve is a faint smudge on the model. They don’t work worth a damn. AK should be ashamed that they ever marketed this product.

“Water-colour” pencils are carried in most craft stores. Draw, then add water to smear it around. A whole lot cheaper than AK pencils… if you are curious about trying “pencils” out. Not for me, but give it a go.

Please excuse - was meant to be in the general reply thread, not specific to you (I mindlessly hit the wrong button). Appreciate that my reply may have come across as patronizing. It was not meant to be.

I haven’t used them yet, so I guess I am out the money I spent on them.

You and me both… and many others from the looks of it.

The Z-column and circular disc on the base where weathered with AK Interactive’s gray Concrete pencil. You can judge for yourself if the pencil was worth it.

The plastic block base were NOT weathered with AK pencils.

As you can see, the AK pencil helps in drybrushing surfaces pretty fast, but it streaks like pencil lines. Does it look realistic to you, or does it look like a cat’s claw and nails instead of a brush drybrushed these surfaces? You be the judge…you’re looking at light gray concrete marks on dark gray base paint (the colunm) if you can see the AK gray pencil shading. It gives a light gray frosting, but a drybrush can achieve that too.

This “Agent of SHIELD” figure was made for the “Hot off the Molds 2022” build campaign (it’s SOL MODELS of South Korea’s 1/12 Terra in Leather Jacket resin figure).

The red leather jacket was painted with AK Interactive’s 3rd GEN red paint set. The pants was Citadel Miniatures tan and the skin, hair, gear, gun, and boots are Vallejo paints…to give you a sense of colors and thicknesses. Vallejo Gloss was applied over the leather jacket. The base, column and circular disc were painted with Tamiya spray cans. 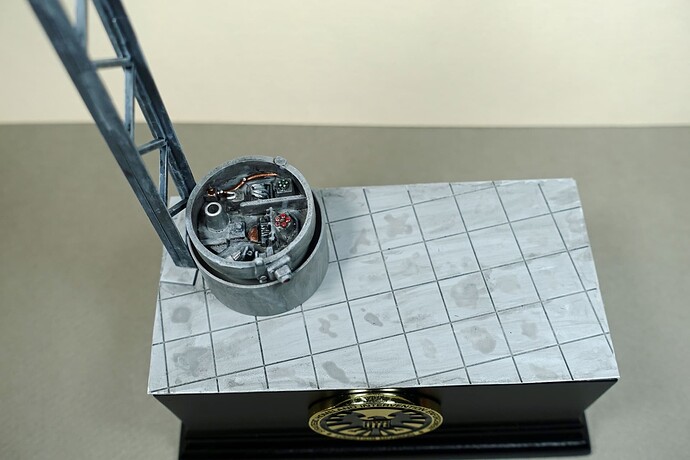 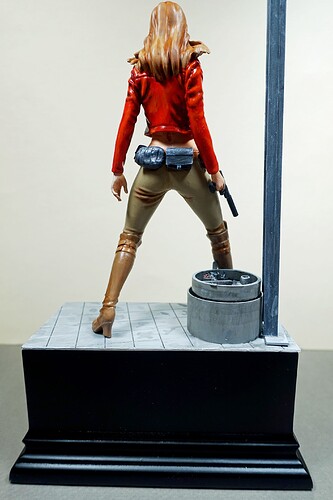 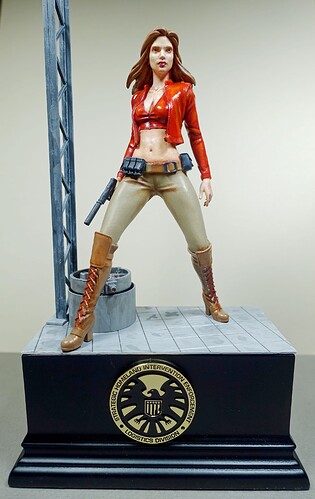 I picked the Metallics, Dirt and Marks and Chipping set on Amazon for what i thought was a reasonable price to try out. I’m not hating them but nor or they my go to choice. As a few pointed out its a fine line using them between drawing and getting a useable result. 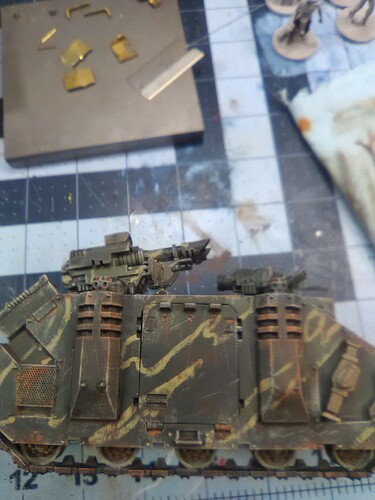 The scratches were fine but trying to blend w water for streaks wasnt real much at all. I grabbed better highlights w good old dry brushing. 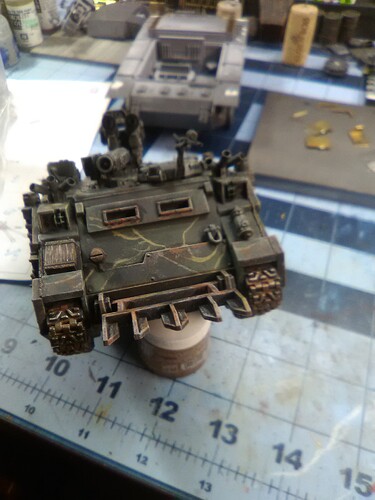 1674625688643260887611920×2560 258 KB
Now going heavy i did like the results on the tracks. This is one of those Wathammer tank things that i thought had a mid war German feel so the practiced eye might see some typical Panzer pieces and i did a late war modified 3 ton camo using Vallejo’s set and airbrushed. Regular drybrushing etc w Vallejo and Citadils washes, Tamiya here and there. There was a deliberate heavy handed approach to weathering this on purpose and for fun. Hope that helps answer your questions. Ill say this, i spent maybe $15.00 all said and done but im glad i didnt spring for the complete set. That would be a waste in my view.
2 Likes