A couple of Takom kits build OOB. Only a few prototypes were build based on an enlarged M46 lower hull and running gear. Easy builds no issues that I can recall. These things are huge. 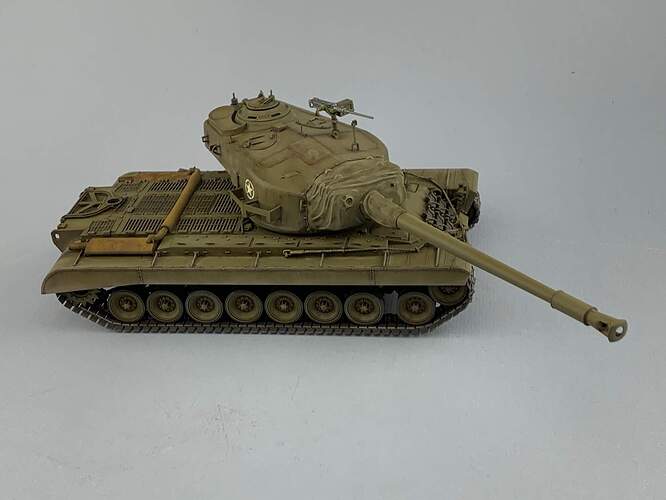 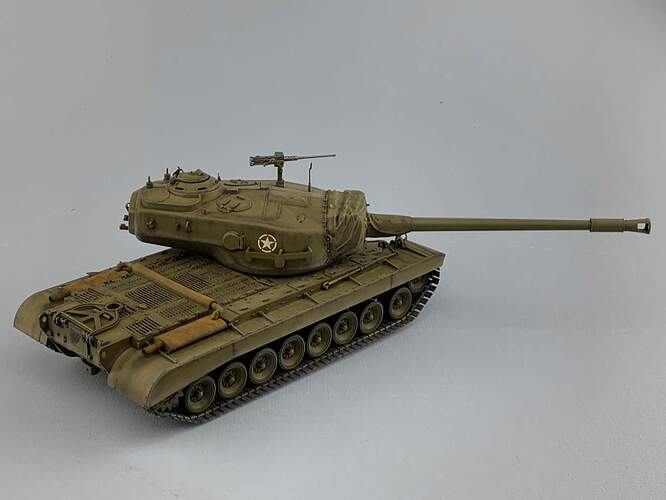 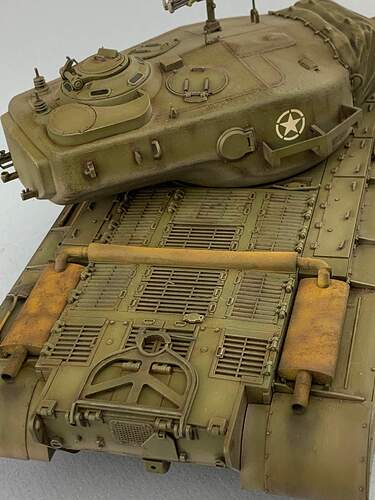 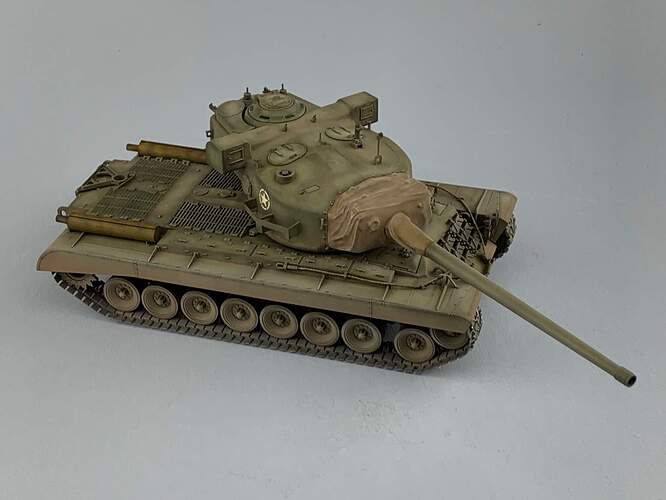 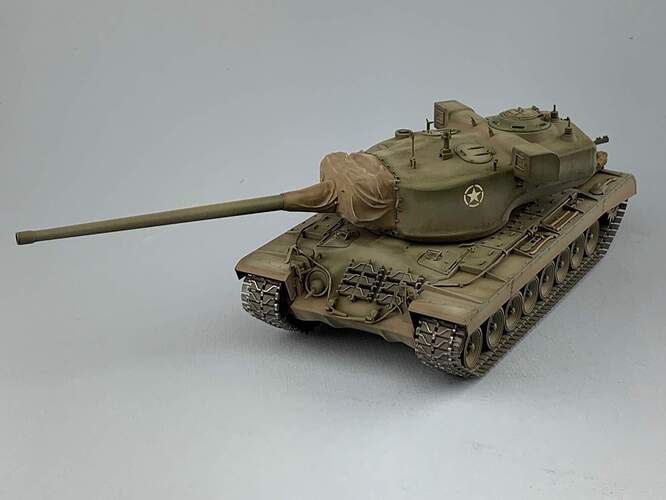 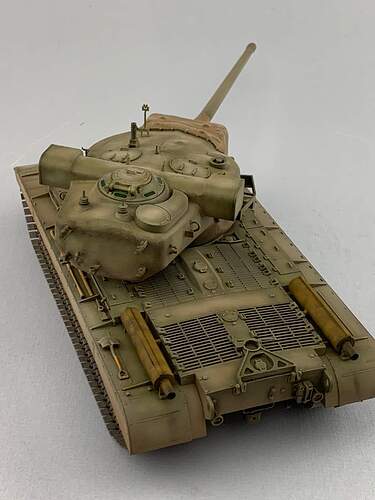 Nice job on both

Great job. You really have a great feel for finishing, not to mention your solid builds. Very impressed with your work !

Bet it took two bottles of paint to cover all that hull.

I was genuinely surprised at how big they were and yes it took a while to pain those babies.

Those are some really fine builds. I especially like how you’ve kept the weathering more subtle, letting the tonal variations give age and personality to the tanks. Also neat to see stereoscopic rangefinders on the prototypes!

'Love these big beasts from when most nations were grappling around to come up with a heavy tank solution. It’s sometimes difficult to pull off a decent monotone finish - or at least it is for me - but you pulled htis one off that’s for sure.

@DennisatAutoloade @BootsDMS I "m a big proponent of pre and post shading on monotone schemes and on something as large as these it really helps otherwise you are left with just large green blobs. Thanks.

Brian- After your preshade, the key is to apply very thin layers of the base color. I use Tamiya paints and thin with their lacquer thinner at a ratio of about 7:1 thinner to paint sometimes more. It will take multiple passes before it begins to look like the paint is going on. I find that this gives greater control over the degree of coverage. Don’t be too concerned with laying the paint down evenly but spray in random patterns laying it heavier in some aces and lighter in others depending upon how much of the underling preshade you want to show through. Using this technique it will take longer to paint your piece. It does take some practice but I found it relatively easy to master. Like so many things in our hobby there is a learning curve but this one I think is not too steep. Try it on some old hulks or some scrap plastic. Good luck.

Good explanation of the technique I like to use also. It really gives single color models more depth and visual interest.

Thanks. It’s relatively easy to learn and I am always puzzled why more folks don’t try it. To each his own I guess. Perhaps it’s considered more artistic rather than realistic. Don’t really know.

Your right it takes practice but it’s just a question of controlling the airbrush. After a few tries I think most modelers would get it down. I do think it can be over done though.
I think as far as it being artistic, in my opinion it is realistic because it helps make the various detail much more pronounced like engine deck lines, boxy corners, and other things really come alive.
At the end of the day, yes, to each his own.

Built both of those as well,will need one more 30/34 to do the 120mm gun version. I painted mine as if they were in the tank museum,very clean and plain. I also have the T29E1 on the bench.

Scroll down for pics of these guys-

And the Russians also had their oversized beasts

Slackers! They didnt paint the roadwheels a rubber color!