Any one know additional details about the “American Violence” series of cars by ARII?

Andy suggested “Muscle” was mistranslated as “Violence” by someone who probably wasn’t quite as fluent as they imaged themselves. Being a long time muscle car owner I found the error very amusing

I can’t help but imagine there’s a very amusing story to this…you know something like Ralph Nader helped with the translation:)

How many different car kits were offered? 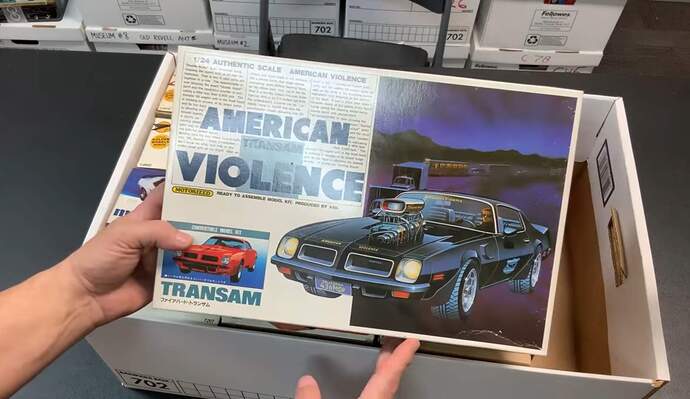 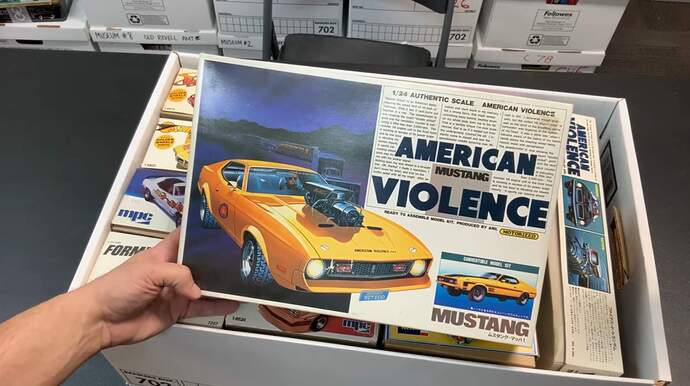 Looking at Scalemates, these are the only 2 kits in the “American Violence” release.

Doing a quick Google search, there was a T-bird as well. 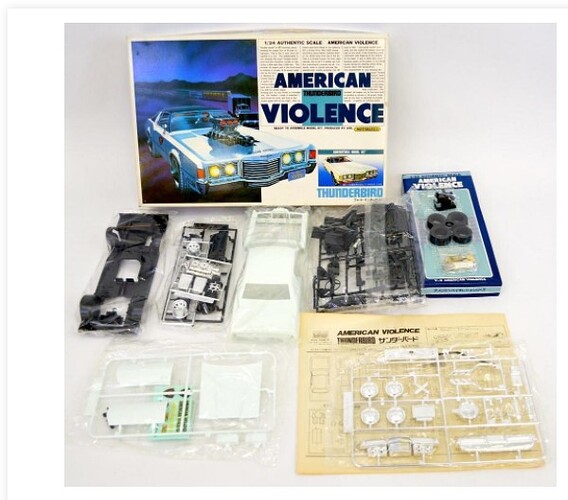 I’ve never seen these before, some more research is definitely in order here!

Lol, never seen those before

Have seen a few, of the videos, from Andy HQ though. That is one huge collection, of auto kit’s, he’s gotten his hands on.

@Hwa-rang Jesper, Agreed, Definitely a massive collection. It’s been pretty wild to see some of those 60’s vintage kits I barely recall.

Heh, ‘Violence’ for ‘Muscle’ - that’s hilarious. But didn’t Jeremy Clarkson on the old Top Gear show claim that every American driving a Camaro had a dead body (or the head of one) in the trunk? It’s possible they actually meant ‘violence’; America isn’t known to other nations as the most sane and sedate among them.

Unfortunately, our reputation as a nation is one of extreme gun violence. We do led the Western World in gun related deaths. Hopefully, that’s not by per Capita which would make that statistic even worse.
joel

The USA seems to be around 12 gun related deaths per 100,000 people. Which is about the 7th highest world wide. Switzerland the next most comparable wealthy nation had about 3 pet 100,000.

It’s a pity we got rid of Driver’s Education in high school due high insurance costs related to excessive litigation & liability.

Teaching self control & responsibility would probably bring that 12 per 100k for both statistics more in line with 3 per 100k typical of other wealthy nations.

My apologies; I was commenting on the model naming and hadn’t intended to go down a political rabbit hole.

Jeremy Clarkson on the old Top Gear show claim that every American driving a Camaro had a dead body (or the head of one) in the trunk?

He claims lots of things. Wouldn’t be surprised if did or didn’t say it.

It’s a pity we got rid of Driver’s Education in high school due high insurance costs related to excessive litigation & liability.

Which state is that? In NC we still have classroom and road portions in high school the kids do before getting a license.

But didn’t Jeremy Clarkson on the old Top Gear show claim that every American driving a Camaro had a dead body (or the head of one) in the trunk?

LOL, I’ve driven a Camaro since 1985, still have and drive two Camaro’s a RS & a Z28…nice to chat have to go move a body and three heads to the deep freezer.

Indiana seems to have basically eliminated driver Ed in most schools. Driver Ed is available privately but one has to pay for it. That’s so unfair to poorer families & working class families compared to it used to basically be available to everyone basically for free through the school system.

There maybe a few schools systems that still offer it in various places.

Indiana seems to have basically eliminated driver Ed in most schools. Driver Ed is available privately but one has to pay for it.

Huh, thats interesting here at my school in NM it was a elective that you could choose to take.
I finished it with an A- my most disappointing grade from all last year.

Now, now. It’s “American Violins”. Those engines are like classic music to the ears. 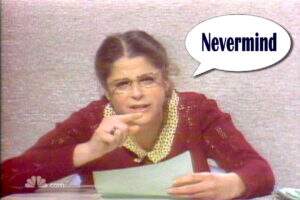 Teaching self control & responsibility would probably bring that 12 per 100k…

I recall just after Sandy Hook some gun-grabber editorialist for the NYT or Washington Post wrote about the number of Americans killed by guns. But he SNAFUed and mentioned that 2/3 of gun deaths were suicide; I’m not good with math but that seems to ratio out to 4 per 100,000. I recall an FBI statistic from the 1990s that overwhelmingly, gun murders are linked to intoxicants and/or emotion, i.e., Bubba and Shelton smokin’ an a drinkin’ an a playing cards and Shelton accuses Bubba of cheatin’ and one of them shoots the other in a fit of passion (and then there’s Bubba coming home early and catching Shelton in bed with Mrs. Bubba).

I haven’t looked up the stats in several years but the last I recall is drunk drivers kill an average of 3 people and hour, 24/7. And CDC a few years ago featured the statistic that fatal accidents attributed to texting and driving has tripled and reaching the level of drunk driving deaths.

As a Canadian comedian said many years ago, “Canada’s gun murders are far below the US, but we have 100,000 at-home hunting accidents per year.”

All the same, too many senseless meaningless deaths. 99% due to no self control & responsibility.

All the same, too many senseless meaningless deaths. 99% due to no self control & responsibility.

Yes, that’s the real truth at the heart of the matter. There’s an incredible amount of responsibility that goes with owning a firearm.

No political discussion intended. Just recalling what it was like in 1960’s & 1970’s down south in the North Carolina foothills. There were a dozen American Violence cars on my block:)

If the firearm is readily accessible or carried that responsibility increases and the responsibility to always be in control of one’s own emotions skyrockets.

I grew up in a Very Pro Gun Culture area. Teenagers with a hunting rifle or shotgun in a rack in the rear window of their pick up truck were common. I’m not aware of a single related incident that every occured with those teens. Probably 85% of households had at least one firearm. Everyone I knew growing up dad owned at least one gun. Most had three or four. Squirrel & deer hunting were very popular.

However, the local community did have a large number of gun related deaths and often my dad who was a minister would visit families and loved ones. Excessive alcohol

, drug use, cheating at card games, cheating spouse, domestic abuse, depression, suicide attemp & suicide were or a sordid combination
were at the center of practicality every “gun” incident.

There were also a few “good gun incidents” like when a 80 something year old grandma woke up as a burgler entered her bedroom in wee hours of the morning. He opened the door. It made noise and woke her. She rolled over with her .38 Saturday Night Special from under her pillow in hand and started blasting:) She put a couple of rounds into the door frame and couple into the wall behind the open bedroom door. Basically two in door frame were at head level and two in wall, center mass of chest. She said if she’d had a second to collect herself and actually AIM she’d have killed him as she shot to kill.

She NEVER had issues with burglers again

Anyway, my observation from what I was aware of growing up in our community: there were about five gun related disasters for every “good gun” occurrence. Irresponsible behavior and lack of self control was the critical factor in all of the disasters.

Wade, amen! I cannot add anything to what you said. When I was in high school, it was not unusual to have a truck in the parking lot with rifles and shotguns in a gun rack in it. Then we go hunting after school. How many school shootings back then? None that I ever heard of. Same thing for parking lots in Walmart Etc. About a year-and-a-half ago, there was a school acquaintances raging against gun owners how they were all responsible for the latest mass shooting. And he wrote that he didnt want to hear anybody say “but guns help defend against bad guys.” Well, 2 days before, about a mile and a half for my house, a man murdered his wife at the dental office she worked at, and was coming in to presumably kill everybody else in there. He was stopped by being shot by an armed patient. And that was only a month or two after that armed citizen up in Louisville Shot the guy that was starting to shoot up a Krogers. Let’s not forget the Twin Peaks restaurant out in Oklahoma City about a year ago. People try to politicize facts, but the facts are that we hear about bad gun events, but the national news does not broadcast when armed citizens defended themselves against predators. I was just talking to a retired fireman the other day who had a personal experience as such. The crackheads that harassed them at a fire scene down in crackville, they made threats against the firehouse. People in the firehouse armed themselves. When the crackheads showed up, they were looking at people who were armed, not soft targets. The crackheads never came back.

I truly believe that in this regard our society was better back when I was growing up then it is now. I’m not sure when school shooting started, I think the first ones were in the mid or late 80s, but I think that there is a data-driven correlation between that, and certain child-rearing theories of some of the most recent generations, as well as the full court press to demonize firearms. Like Mark Twain said, “there are lies, there are damned lies, and their statistics.” Several years ago, Phoenix Arizona was the kidnapping capital of the United States. But you could walk around freely and not in fear throughout almost all of the Phoenix Valley, except in one group of neighborhoods. That’s where all of the violence and kidnappings occurred. Stay away from those, you’re safe.

Two things that I tell people, that I am absolutely completely sincere about, is that

And the Greentooth twit that crossed the center line and almost hit me head-on while I was driving into work today, his head was down and not looking out the window. He wasn’t waving a gun around. He was driving, and I think we’re all pretty sure what else he was doing.

While I really like driving and gasoline powered cars, the day is almost at hand where the USA needs self driving cars to keep safe on the highway. That will allow those folks that don’t pay attention to stay focused on their smart phone & “social media”.

That will allow those folks that don’t pay attention to stay focused on their smart phone & “social media”.

Those are the folks who need to hand in their license and sell their cars and use Taxis or Ubers and leave the road free for us who actually enjoy the experience!

If that first kit is a reasonably accurate 74 Trans Am count me in! The Bird has opening doors; wonder if the TA does, too. Could be a hidden gem. Their Max Max interceptor was pretty good; I built that on commission about 8 years ago.