The US entered the Great War with no tanks or tank designs. However it was a powerhouse of automotive and tractor production. That capability was pointed at developing a tank, and the Ford Motor Company responded with a design that made maximum use of its off-the-shelf parts and its existing production capability. This resulted in tank that could be produced quickly and cheaply - just $4,000 each. Fifteen were produced for evaluation and a contract was written for 15,000. After testing in France, it was decided that it might be better used as an artillery tractor. The war ended before any more were produced. 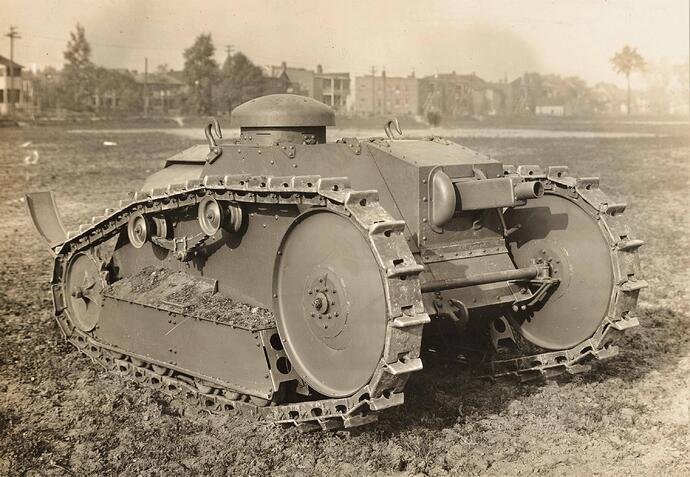 XpB6hZv3004×2079 794 KB
This is the Vargas Scale Models 3D printed kit in resin. It only has 17 parts including the very nice name plate. It includes an engine and seats for the driver and gunner. This is the miracle of 3D printing - far fewer parts while retaining decent detail. The downside of 3D printed kits is that amount of preparation that the parts require. I scrubbed it with a toothbrush in hot water and dish soap, I left it in the sun for hours to ensure the UV cure was complete. I sanded all of the pesky striations out. Still the prep and build took only 13 hours. This was far quicker and easier than building a cast resin kit. 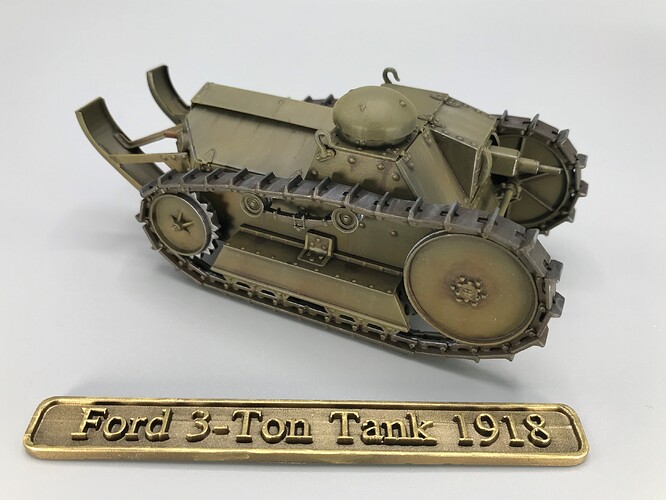 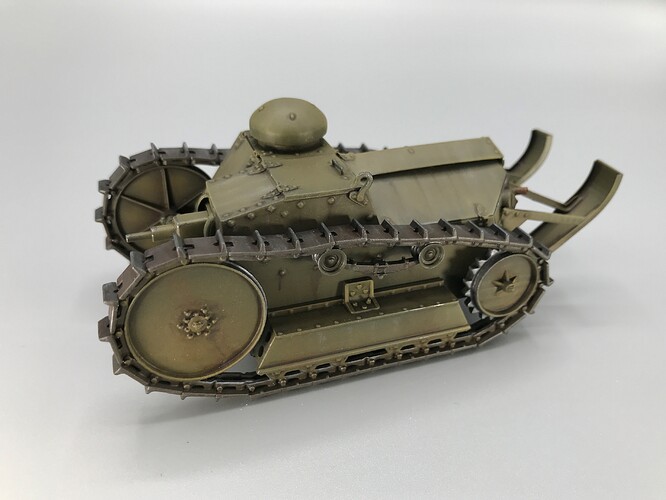 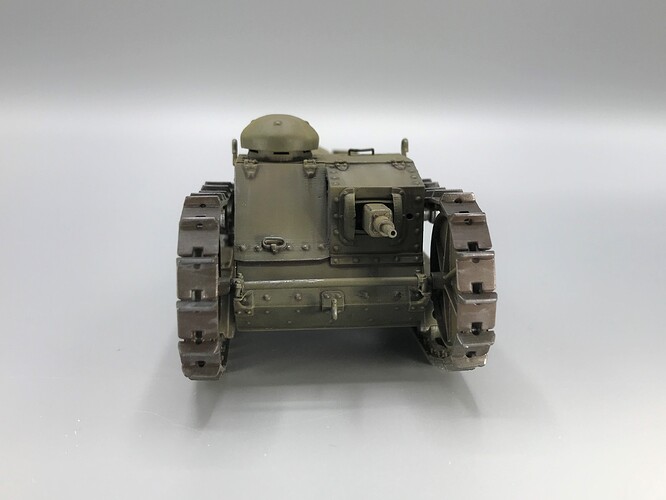 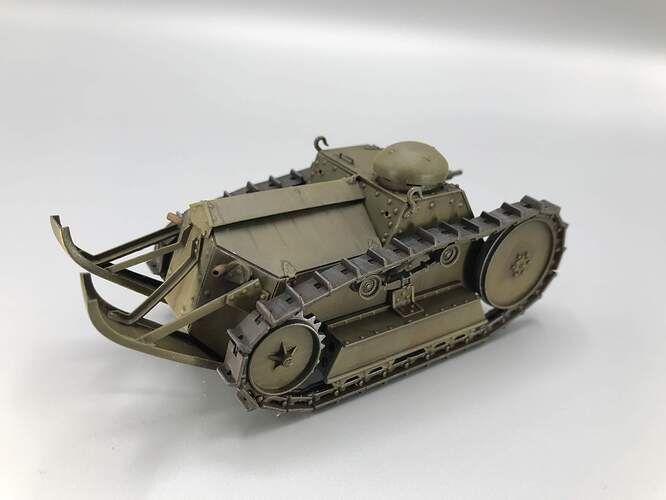 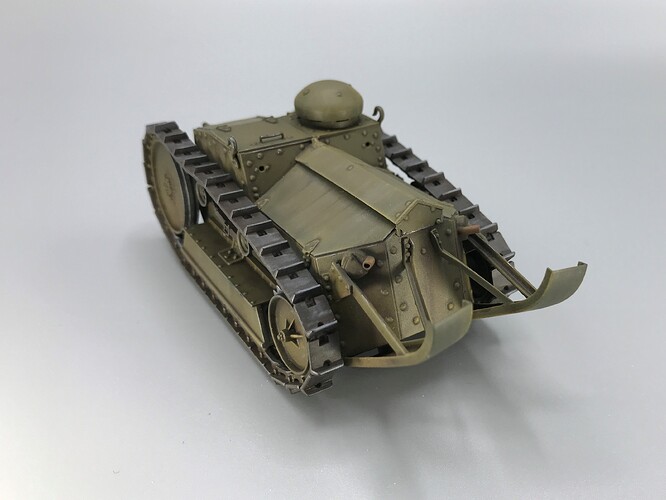 I like the technology and look forward to building more interesting 3D printed kits from Vargas.

I really like this - perhaps it might garner a bit more interest if it was slotted into the Interwar bit - (ie assuming that Interwar afficionados would lap it up!) but that is to cavil. This is a lovely little rendition with an excellent finish. I just wonder if a figure would set it in context a little more.

After seeing this . I need one now . At Least one if not more.

I went looking for the ford earlier , ended up messaging the manufacturer for availability

Lovely model you’ve got there- made up and painted to perfection.

Vargas sells on eBay; but, hides his listings very well. Here is a link to his eBay web store. It shows two of the Ford 3-Ton’s available. Items for sale by vargasscalemodels | eBay

When I titled the thread I was thinking the first US tank design in production. The 6-Ton Tank M1917 was the Americanized version of the Renault FT17 produced in the US. The Renault design was converted from metric to imperial so that it could be produced with existing production equipment and tools, given an existing US produced engine, and a few changes/improvements made. Looking through my references, the Ford 3-ton and the 6-Ton Tank M1917 started coming off the lines at about the same time. Hunnicutt and Zaloga both state that Ford 3-Tons were in France before the war ended. Hunnicutt states that one 3-Ton was evaluated in France, while Zaloga states that 15 were in France. Both Hunnicutt and Zaloga state that the first two 6-Ton M1917’s reached France on November 20.

I went to the seller page and saw the Peugot Char 1 . Had to give it a home.

Thanks. I updated the categorization to Interwar per your suggestion. I’ve not had any luck finding decent US WW1 figures in casual poses. There are a couple of decent USMC figures; but, the Marines didn’t have tanks.

Rick, I hasten to add that moving it was only an idea - I thought that it might garner a bit more interest from the Interwar guys (I might be wrong of course!).

Shame about decent figures, or lack thereof; I just thought one might set the size of this excellent little model in context a tad more. Anyhow, a lovely model and I look very forward to whatever you tackle next.

What figures? Marines did have FT-17, a little bit later.
http://mcvthf.org/History/Evolution_of_Marine_Tanks.html

Tank_1812,
Thanks. That Marine site has some good photos. Here is a link to the USMC WW1 figures WW1 USMC Officer & Soldier, Corpus 35027 (scalemates.com)

Thanks, I had not seen those before.

For anyone interested , I will be doing a full build review of the Peugeot Char 1 when it arrives.