So, just wanted to toss up a few pics of my first car kit build since I built the American SATCO kit of the 1992 Pathfinder in 1995. This was purchased first as a practice kit to prep myself to do a good job on the '67 4-door Impala kit from the ‘Supernatural’ TV series for my daughter and second because we had a C2 Corvette when I was young, but I know it wasn’t an LT-1 and probably a '68 anyway. And third, it was 40% off at Hobby Lobby.

I have built some military VWs in 1/35, but as I use armor kit techniques to build those I don’t count them the same as a traditional car kit. For one thing, I am having to learn to create a very smooth, clean, and glossy finish using regular spray paint rather than random camo patterns covered with dust and mud. Since I also went nuts at Ollie’s and again at Hobby Lobby I now have a minor auto stash growing, so this kit won’t be the first and only in 26 years.

Build went okay until it fell off the stand right after I applied my Lucky First-Timer’s Perfect Body Coat® and got a hair on it. Had to strip it and of course I couldn’t get it as nice again. A few other things here and there that were my fault but I feel good about it. 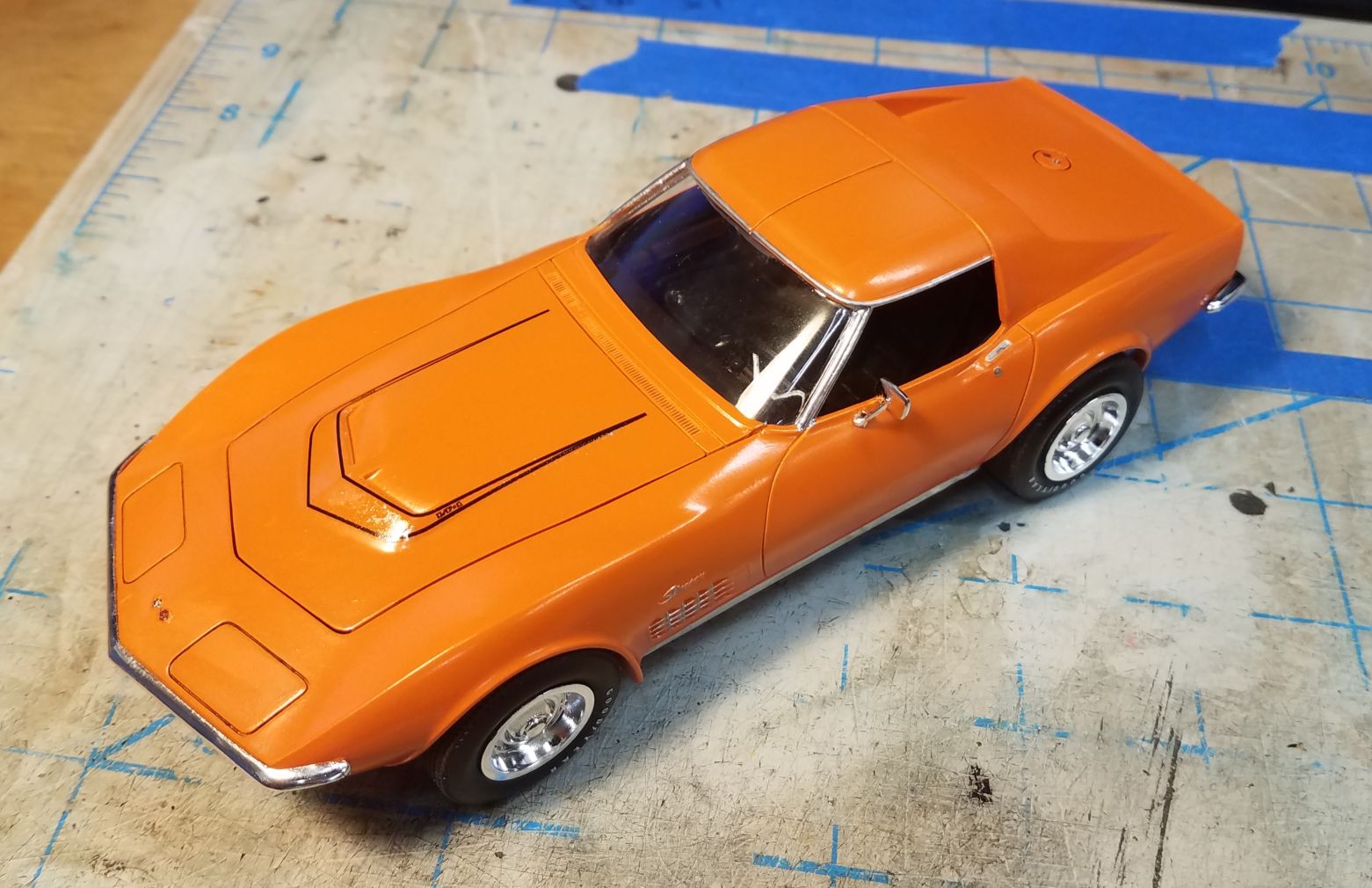 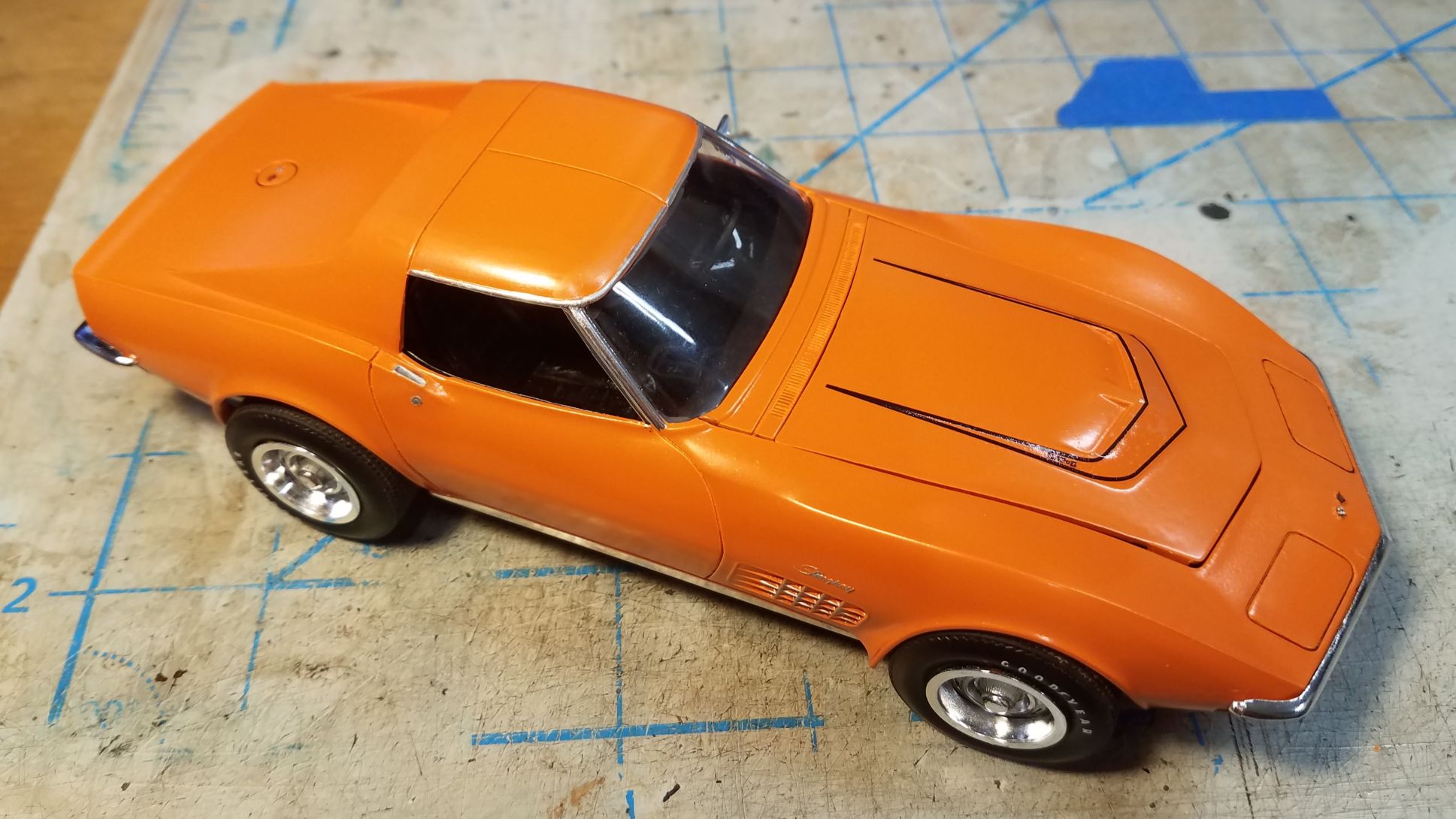 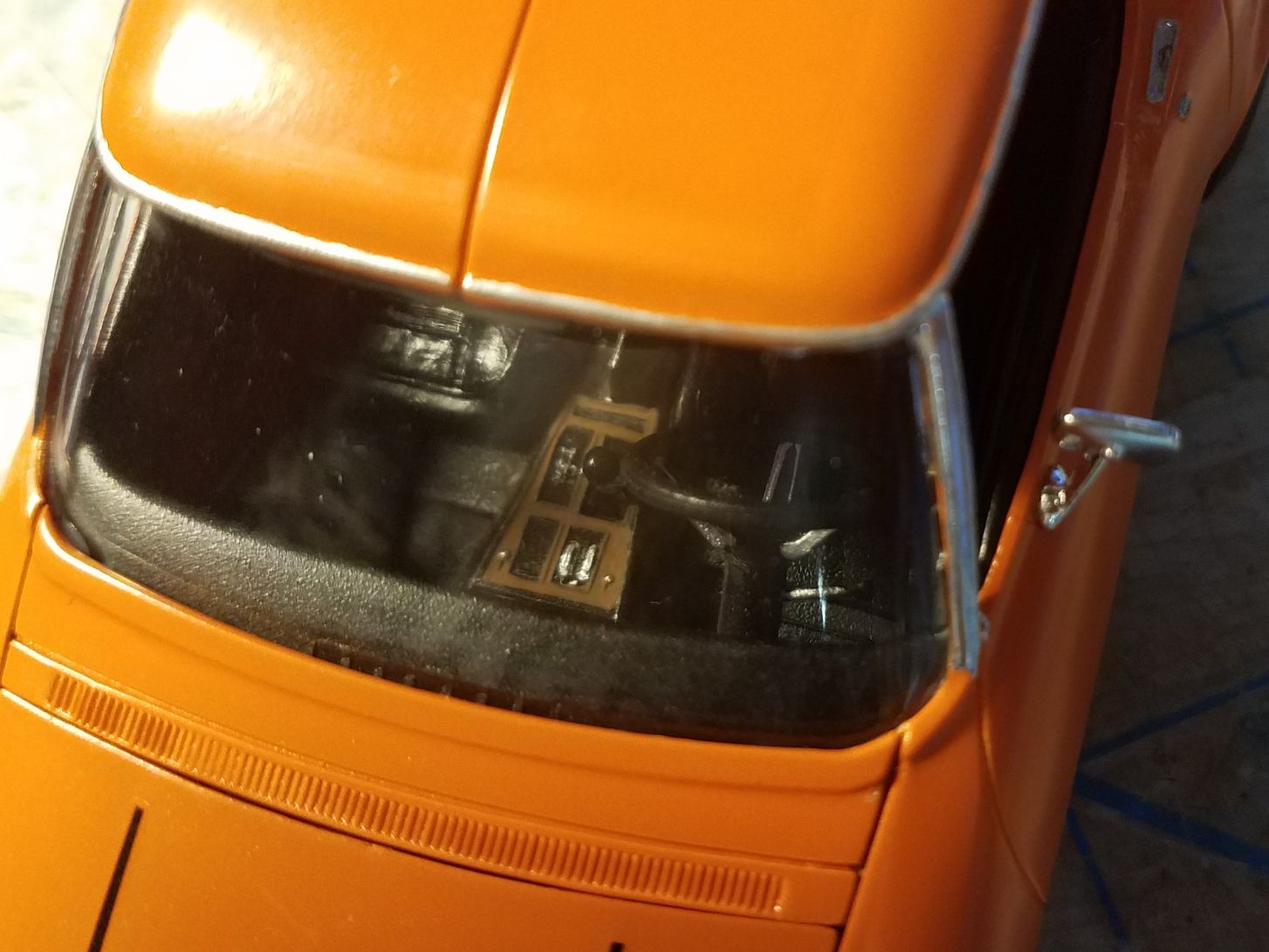 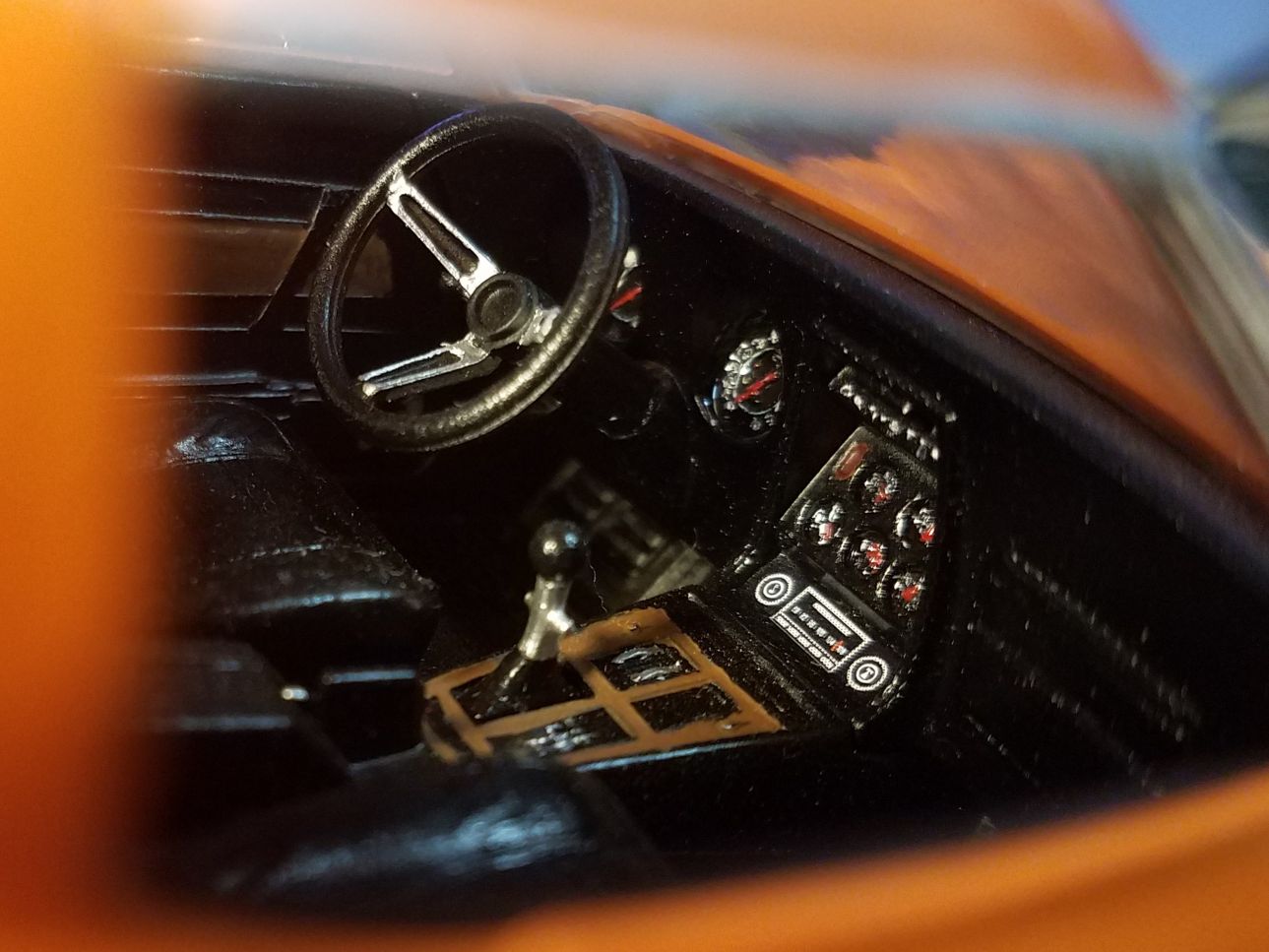 Also have the AMT '57 Bel Air kit waiting on the exterior paint (will be black with a red/black interior), the Supernatural Impala also waiting for the exterior, and a '65 Shelby GT-350 to paint up as my mom’s car in progress. In for a penny, in for a pound they say.

The interior looks on the mark. Great attention to detail on painting of the door panels and heater controls.

Looking forward to more of your (Chevy) project updates!

Awww dammit!!! Now you’ve made me want to bust out with mine after seeing this awesomely built up Vette!! Great work bud.

That is all that needs to be said

Just saw your completed '70 LT-1 Vette. I’d say you did one heck of job without considering it was your 1st car build. the interior really looks extremely well done as does all the chrome trim, which isn’t easy to do. Great choice of color as it reminds me of McLaren Papaya Orange.

The overall paint job has a nice shine to it and the color is consistent. You’re just a few steps away from a true mile deep shine finish. As you pointed out, car painting is the opposite of military model painting. We’ve all gone through it, and you’re way, way ahead of the learning curve.

I appreciate the comments and feedback, everyone.

As far as the interior, I also hand paint all my aircraft cockpits. I have never even considered buying the aftermarket panels on offer as I enjoy the challenge for some reason.

It’s the final results that count, and your interior is just top grade, spot on.