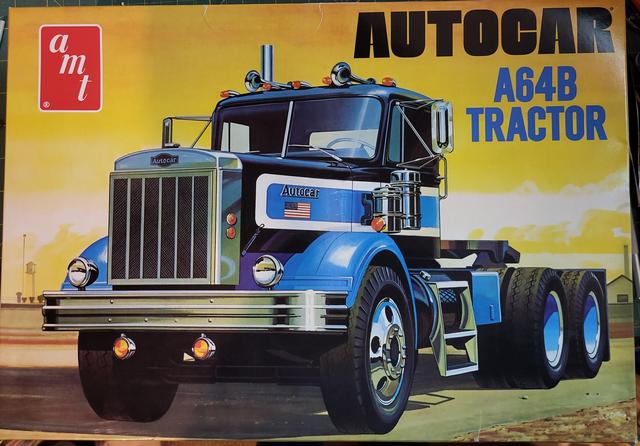 The build is mostly box-stock except for the 3-D printed interior door handles & window cranks: 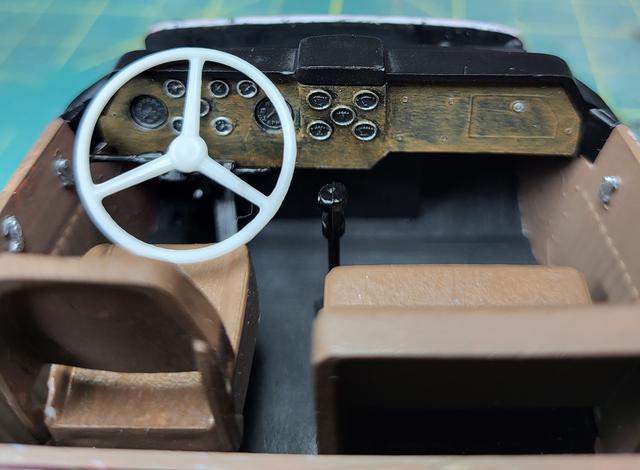 The exhaust was replaced with 5/16" aluminum tube, and the glad hand airlines are #22 black wire. Decals are from the AMT/Ertl International Paystar5000 Cement Mixer. Color is Testors Dark Red. AC lines are some small black wire from a broken USB cable. Hydraulic tank is from the AMT/Ertl Dump Trailer. 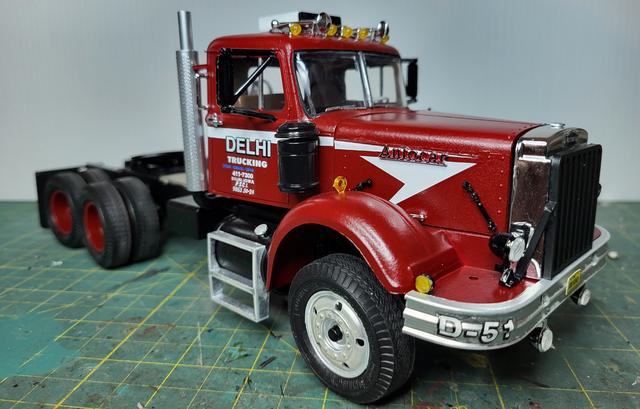 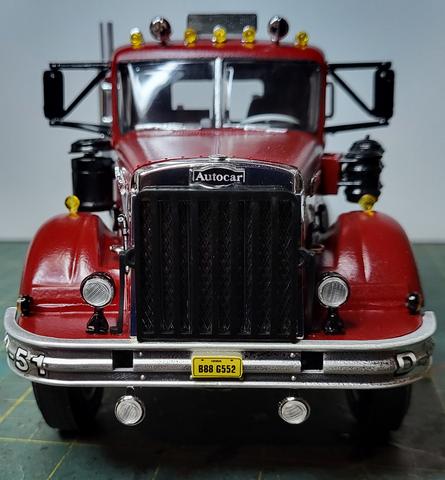 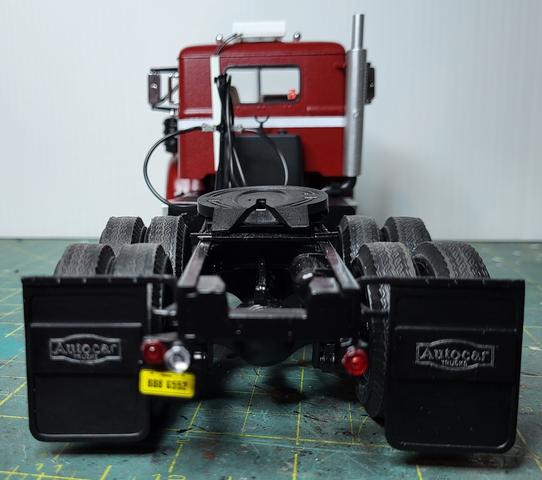 Great truck Jim and sounds like excellent use of the spares box. I don’t know much about big rigs but is this one from the 70’s? It sort of has that period style.

Jim,
I’m not much of a truck guy preferring race cars and classic sports cars, but when I see a well built model truck on our site, it sure deserves a thumbs up.
joel

Thanks, Joel. I appreciate it.

Seeing your 917 makes me want to get the Revell of Germany kit if it comes out here.

Jim,
Revell and Fujimi entered into an agreement where Revell is now kitting their 917s as well as the GT40 Mk II. Only difference is who made the decals.

Oh. I have the Revell 2017 Ford GT, but none of the older cars. Endurance racing facinates me. I’ve seen highlights of some races, but I have no idea what’s going on. All those different cars on the track. It’s confusing.

Jim,
Welcome to the wacky world of Endurance racing. For starters there’s not one but two major associations that run all the races. In the USA it’s IMSA, and in Europe it’s the FIA that runs the races under the WEC banner.
In the IMSA series there’s 5 main classes with a host of other sub classes that usually run separately: the Ferrari Challenge, the Lamborghini Challenge, and the Porsche Cup. I’m pretty sure that even the Mazda MX-5 and MX-5P run enduros under the IMSA banner.

Last year the prototypes were LP1,2, & 3, but LP2 had like 2 or 3 entries. LP1 this year changed to the P class which is now the same as the WEC P class so that all of those teams can compete in the others races like the 24 hrs of Daytona, 12 hr of Sebring, LeMans 24 hr, and 24 hr of Spa etc. I really don’t know about the two other classes as I never much bother with them.

Now for my favorite types of cars: GTs. There’s the GT3 which is now GTD and GTD Pro, & GT4. So technically you could have 6 classes running at once here, but the GTD and GTDP are the same cars/specs but D is for rich guys that race for the fun of it, while P is for at least one Professional (paid) driver on that cars driver’s team.

Like I said, I don’t know that much about WEC, as I rarely see any of their races except for extended highlights on You Tube. I can catch full races on Peacock and on USA bits and pieces of the enduros.

Hope that helps a little.

Beautiful build Jim, very nicely done! I much prefer the old long-nose models against the cab-over types. As Michael said, the spares box has added some great extra detail to the build as well.
Do you have a trailer in mind for it?

Thanks, D. I prefer conventionals myself, but COEs are kind of special here as there really aren’t many of them on US roads. I think I’ve seen one or two in the last few road trips I’ve taken.

This one will ne getting the AMT/Ertl Dump Trailer, once I pick it up from a friend of mine.