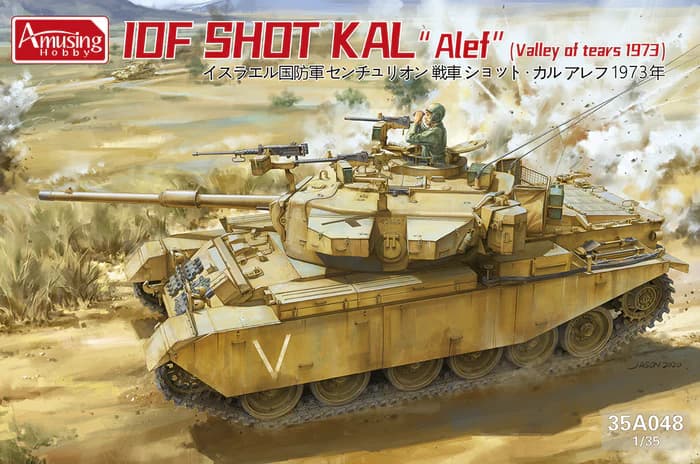 Hello, I have this kit coming in the mail. I am planning on building it as my next entry in the IDF group build… I saw a few posts on it when I went through the Centurions group build, but the thread now has 1100 replies. I was wondering for you guys who have built it or studied it, what historical inaccuracies for the time period is there?
I know about the .50 above the barrel, and the loaders MG has to go. I also already have the DEF mantlet cover for it…what else should I look out for if anything?

Thank you, in advance.
Eric

I built it for that Cent campaign… It’s a real joy to build. Indi track links were a breeze. I did it as per the box art and with the .50 over the barrel. Israel and Nikos will steer you right if you need any help. Will drop a couple of pics in here tomorrow after work ok

Thank you, I did see your posts in the thread, but I do not really want to scan through 1000+ replies. Thank you for the pictures, no rush as the kit is in the mail, and I need to finish my M31 Sherman first. I was really interested in the surgery to do the mantlet, as I do not want to ruin the kit…lol.

Does anyone know how it compares to the AFV club kits ??

This is from where I cut the front of the turret off. 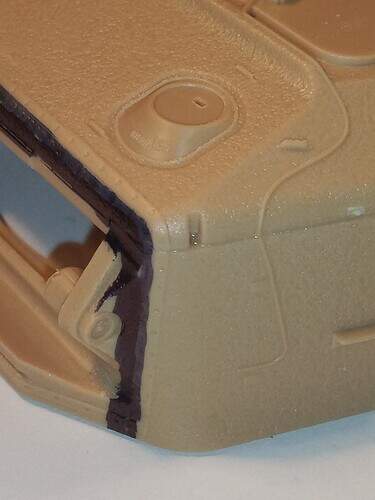 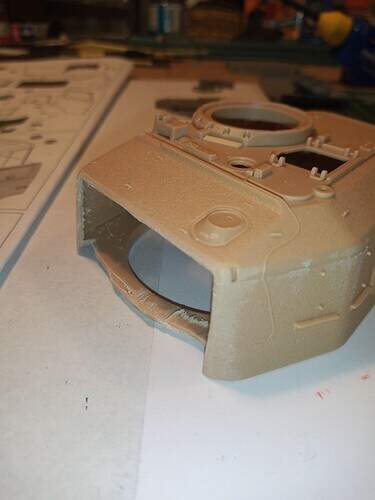 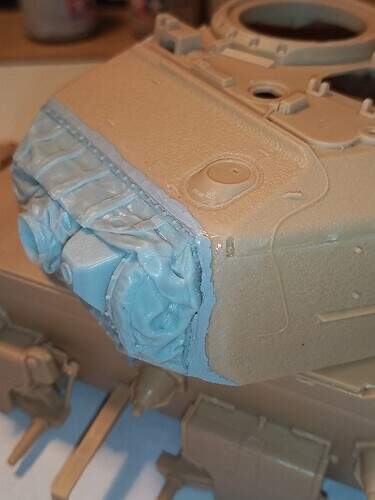 I did order the wrong mantlet so had to fix it with a simple filler fix and re-sculpted it a bit. 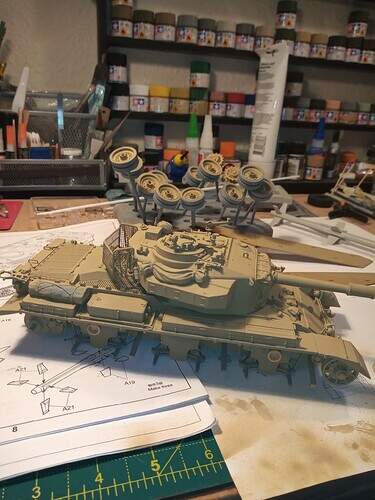 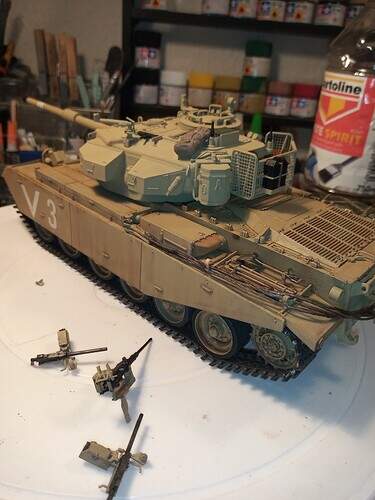 These are the main post points in the Cent Campaign thread if you need to look at them more in depth.

Depending on what you want to do with your build you can choose both kits.

Amusing Hobby has a better/easier suspension, hull and track system. BUT the dimensions of the front hull are a bit off. Also some details are of a later than YKW era.

AFV Club has more crisp detail but requires substantially more work as a kit (and possibly aftermarket wheels and tracks depending on your choice of medium/detail/budget).

If you want an easy build go with Amusing Hobby. If you are looking for accuracy and tend to be a bit on the nitpicking side of things go with the AFV Club kit. Since AFV Club re-released their Shot Kal 1973 its price is quite low and the kit is easy to find in stores.

Both kits need a mantlet cover. DEF makes an excellent one but it requires you to remove plastic from the turret. The AFV offering is from hard vinyl, not the best medium to work with but can be used.

Regarding the Def mantlet covers the best option is this: 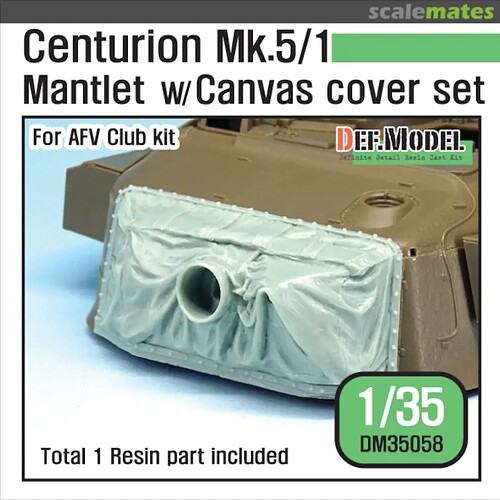 and you can also get away with using this: 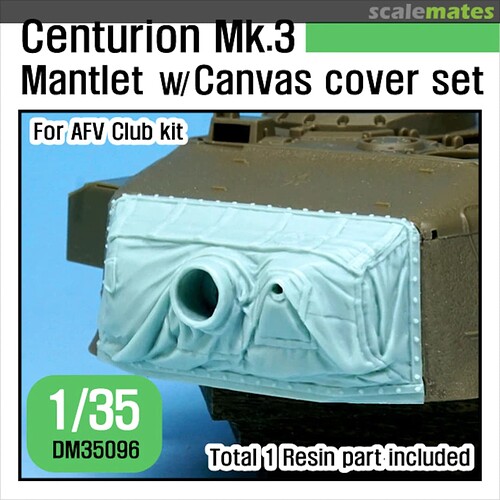 Thanks Nikos. I’ll be getting one of those manlets I guess too

The cut is pretty simple, just mark with a sciber the lines and work with that. You cannot go wrong with that approach. 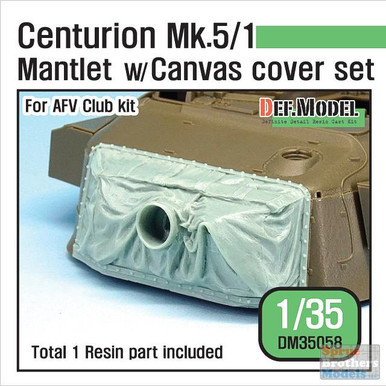 Here is the correct mantlet for 5.99…with shipping to me in Fla, it came to 10.50, I think that most other places here in the US were sold out.

Thank you Johnny, your photos and build pages will be more than helpful.

Its seriously a very nice kit. you should like it. The turret front sawing was fine, use the moulded on strips as a guide and it comes out as a nice neat cut and i needed minimal filling to join the DEF mantlet to the turret - I used Superglue gel as a filler on mine. no issues. Anything else, please feel free to ask, and like I said, Nikos and Israel are fonts of all IDF knowledge

I know about the .50 above the barrel, and the loaders MG has to go.

Only if you aim for a period from May '70 ( when the Shot Kal Alef first appeared) until the end of YKW. The boxart is somewhat misleading, as the number and location of MGs clearly indicate a post-war (probably mid '70s) version.

The boxart is somewhat misleading, as the number and location of MGs clearly indicate a post-war (probably mid '70s) version.

The ammo box storage behind the commander came later as well.

By ammo box…do you mean the one circled below? 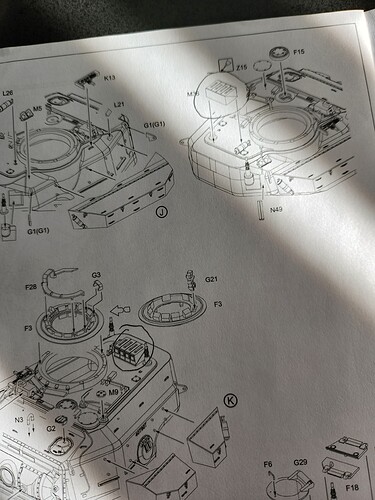 Also the kit has the option for the searchlight mounted above the mantlet, this was later than YKW also, if I am correct?

Yes, no spare ammo box there in YKW.

The searchlight mount was installed though, so did the storage box.