Hi All,
Wondering if anyone has done a comparison between the relatively new Amusing Hobby Shot Kal tank to the old AFV Club Shot Kal. I built one AFV Club Israeli version, and it turned out pretty nice, but honestly, I’ve never really liked the AFV Club moldings and plastic. I have an AFV Club Shot Kal that I was/am planning to build into Avigdor Kahalani’s Yom Kippur War tank, but if the new Amusing Hobby tank is better, in terms of detail, I’ll gladly get that model and use it for that build. Anyone have any thoughts on one versus the other?

Hey Carasner I have build the AFV Club and Amusing Shot Kal Alef, i better like the Amusing one, i dislike the AFV-Club road wheel, (rubber and plastic glued together), their rubber like plastic use d here and there. I have build my Amusing Shot kal into a Dalet version with AFV parts. 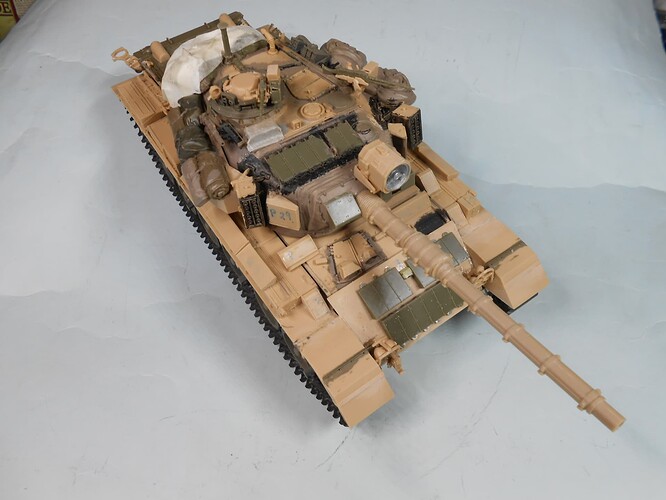 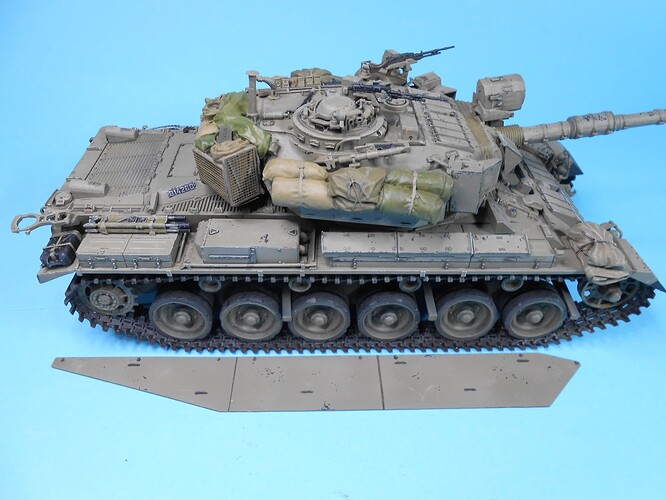 Thanks DANILOG, for your opinion and the photos. You did a great job on your tank! It’s really nice to hear from someone who has actually built both models. I just placed an order for the Amusing Hobby model, and so it’s even nicer to see a post supporting the Amusing Hobby kit. It’s been awhile since I looked at the box that has all the parts and details (including decals, etc.) for making the AFV Club kit into Kahalani’s tank, but I’m sure everything I have that was intended for that tank will work with the Amusing Hobby version.

I’m building the AFV Club shot Kal but have the Amusing Hobby one as well.
AH comes with individual track links where as you have to buy the Club ones. But the roadwheels on the AH are one piece and don’t have internal ribbing where as the Club one does ( it’s why they made the wheels in two pieces).
The AH has some nice cast numbers on the engine deck but not all shot kals seem to have had them.
Both kits are similar, one will do one part better but another worse.

I also have the AFV Shot Kal, Kurt when the Amusing Hobby kit comes in look it over and post your opinion also.

Well, my Amusing Hobby Shot Kal Alef arrived yesterday, and a few Eduard photo etch sets for it, and an aftermarket set of tracks, just in case I don’t like the kit tracks. Top, I’ll take a look at the parts compared to my AFV Club kit and give you my opinions. One thing I don’t like, and it’s the same for the the AFV Club kit, is the lack of the canvas mantlet cover in the kits. On the AFV Club kit that I’ve already built, I used one of the Lionmark resin turrets, which had the mantlet cover molded onto the turret, so I have avoided that problem thus far. There are some covers available aftermarket, but no one here in the states has them in stock. I’m sure I won’t be building my Amusing Hobby tank soon, and hopefully by then, the mantel cover will be back in stock somewhere. I also got a Rye Field Panzer IV G/H with full interior, AND a 1/48 Zvezda Su-57 fifth generation fighter plane. Plus a bunch of aftermarket stuff. It’s been quite a few days for modeling deliveries at my house!!!

We had a similar discussion on a French forum lately. The conclusions are the same. However one member stated that Kahalani’s Shot had a mk3 turret with the angled loader hatch. Not sure AH Shot models have the right turret.