Amusing Hobby announces a new variant of the T-72 with full interior. 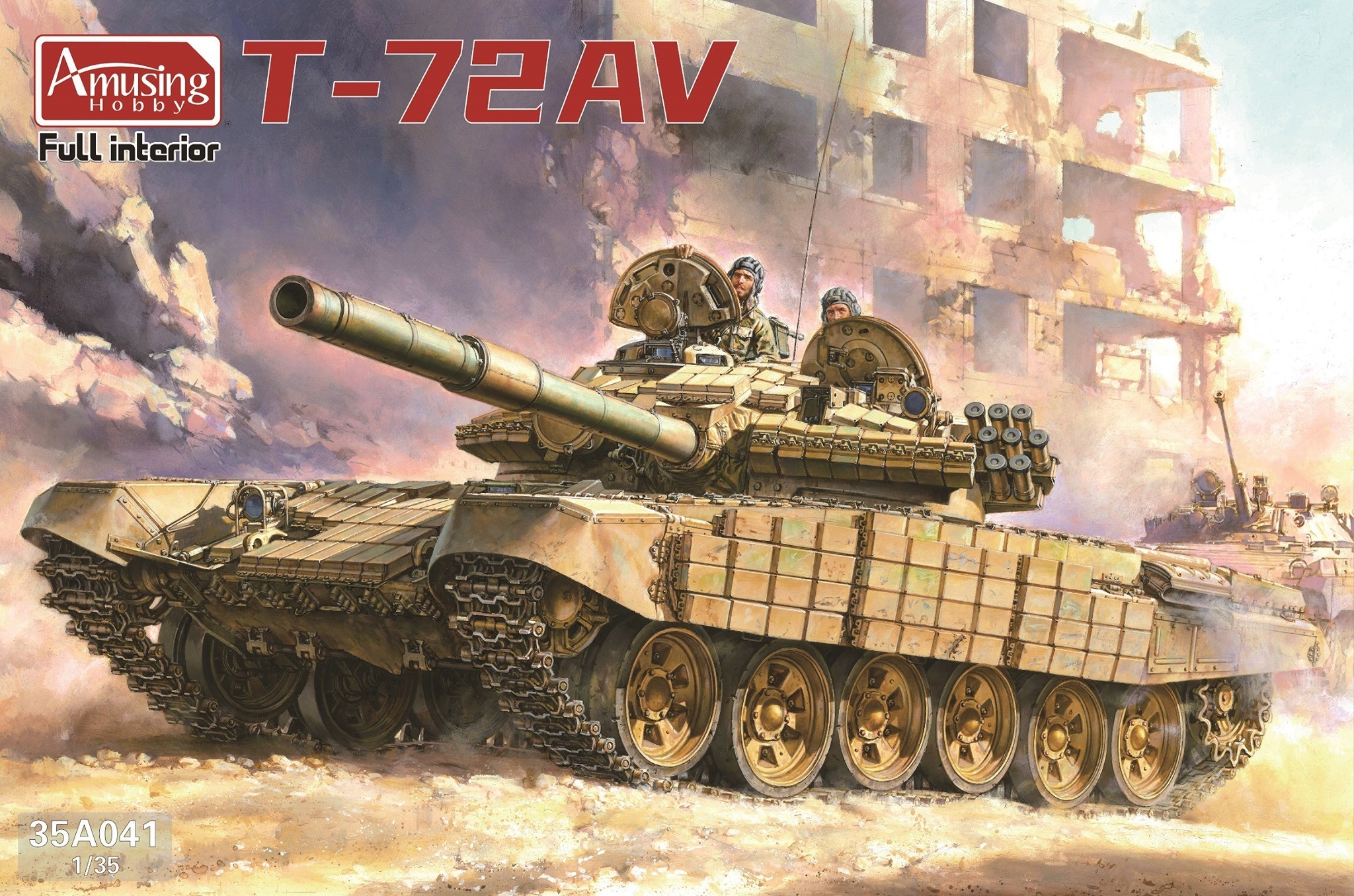 I am building the M2 version they came out with first. It was one of my holy grails - the autoloader is an unique feature and it is cool to have it in a model form.

I am building the M2 version they came out with first. …

M2 ? Have I missed something? Did Amusing confuse things?

Phew!
I was afraid I had missed something …

Wow! Cool. It would have been even better if they had provided pictures of the model and its interior; cover art is impressive but won’t do here, leaving us to so only speculate and salivate…I want to SEE the interior before I get excited (more).

My guess is that it will (incorrectly) have the same interior parts as their earlier T-72M1 kit.

The T-72AV should have a different engine and fire control/sighting system on the interior.

Thanks. Good to know!