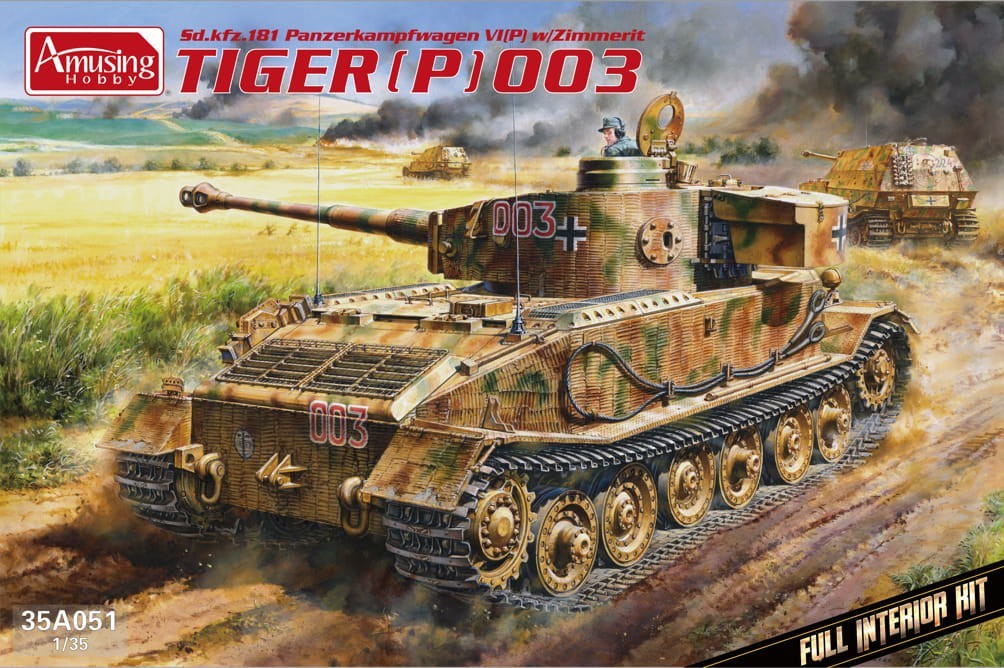 This is partial text from the full article (usually with photos) at https://armorama.com/news/amusing-hobby-tiger-p
1 Like
weinace January 30, 2022, 8:24am #2

Still does not appear to have Zimmerit coating!!

It has zimmerit - it says so on the box.

Thank you very much, did not notice - it’s me eyes!!

I wonder about the accuracy of this kit’s interior. I’ve been looking out for Tiger internals data for many years, and this particular vehicle is a mystery still.
Turret : standard like a Tiger H? But which version Tiger H? Or is the layout specific to the Tiger P project?
Hull : I can only recall a couple of prototype mockups at the front. What’s in the rear?
Modifications: even if we knew the above, this tank has been altered. An extra radio set is added. Do we even know where?

To me, this seems equivalent to a “Panzer 46” model.

The kit is the same of this picture, no? 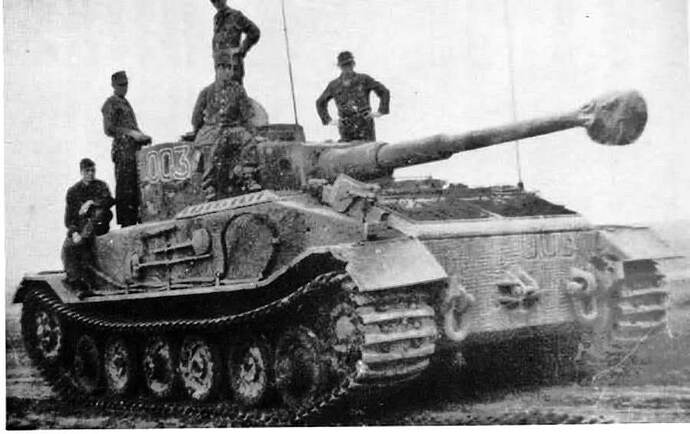 Yes, it is exactly that vehicle. It was unique.

Damn it. First I thought, yeah, yeah, they reissue a model… and then boom- an interior.

Ten years ago I would have been ecstatic about it, now I am just weeping for my wallet.
So many tanks with interiors out there… first world problems for sure.

I’ve done a little research into this vehicle, and now I can say that the interior displayed by Amusing Hobby is… flawed.

In other words, they skipped on the research and they’re hoping we won’t notice. But those of us with the Spielberger book, will notice.

As for the hull, they apparently did some research there. Their hull front interior is based on actual Tiger P information.

But…that information is photos of the wooden prototype (ref. the Spielberger book). Amusing Hobby didn’t have a finished tank to look at. Consequently, the dozen or so items of standard tank equipment that should be in the hull, are not. I don’t see them in the CAD images.
Come on, Amusing Hobby, even if you don’t know where the loose items go, you could at least put them in the kit and make a guess at it!

They DID add the second radio set. But nobody knows where it was placed in Tiger 003, so Amusing Hobby took a guess at its position (left rear corner). I’m not convinced it’s a good guess.

Thanks!
Too bad for those who want to show interiors.
If I get this kit and build it it will be built with all hatches closed.