Here is my current project, by tiger models. The kit was supplemented with aftermarket bits such as a jammer set by kmt (much better detailed than the kit’s original parts) and blast models basic upgrade set. I will also use a stowage set by black dog and some figures by djiti’s models. The last pictures shows the upgraded headlights shields that were designed and 3d printed by me. In this current configuration the vehicle can be set in an afghan setting, as these vehicles received other upgrades when deployed in Mali. Pictures are showing the model in different states, as the jammers set was added prior to the final assembly and the hull had to be redone entirely due to an accident. 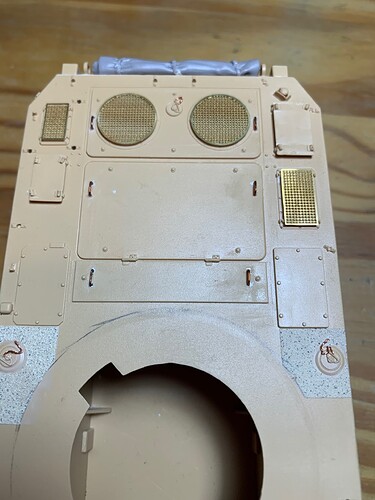 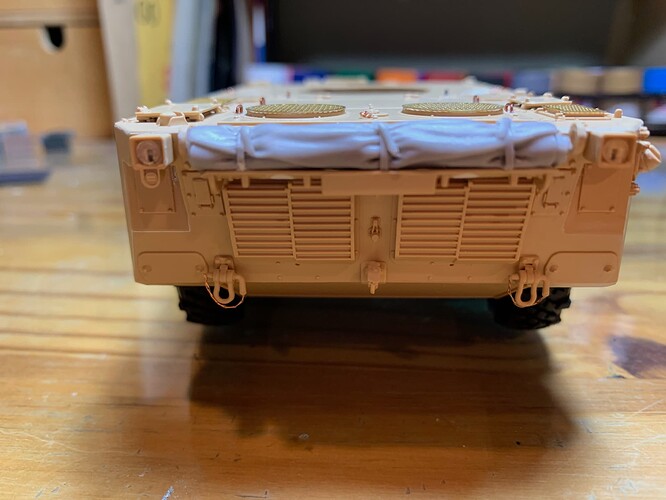 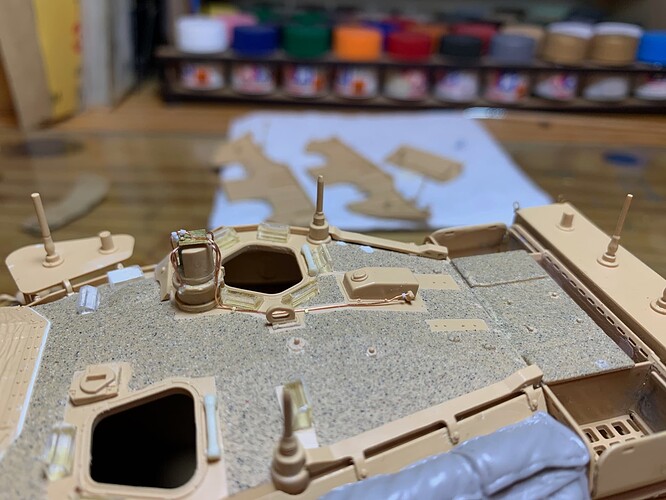 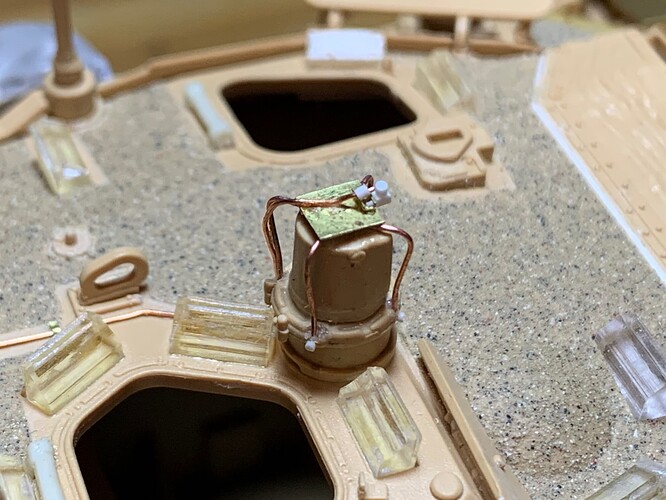 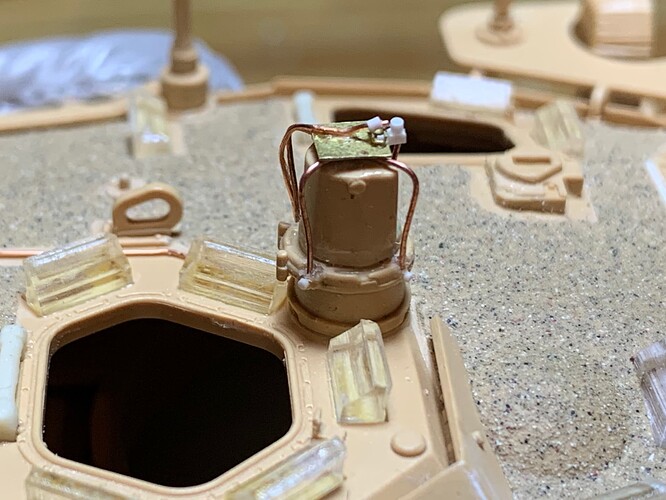 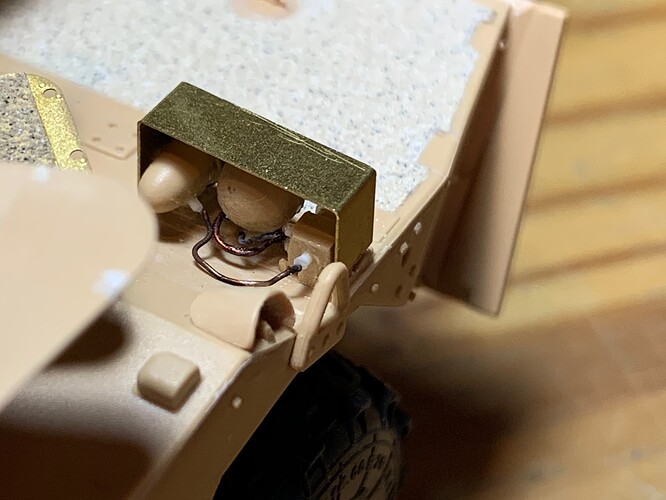 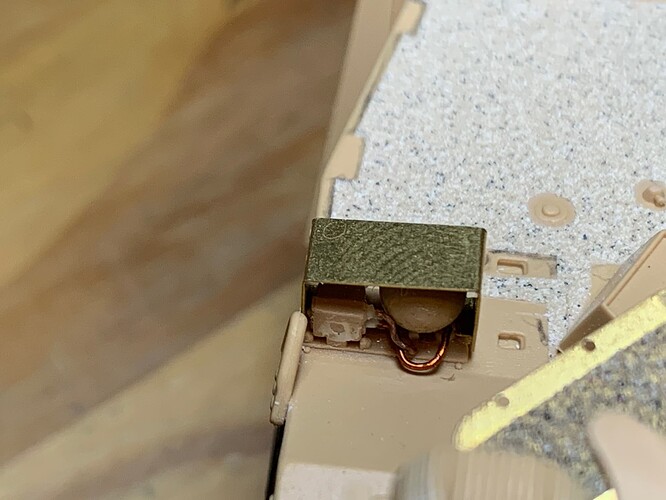 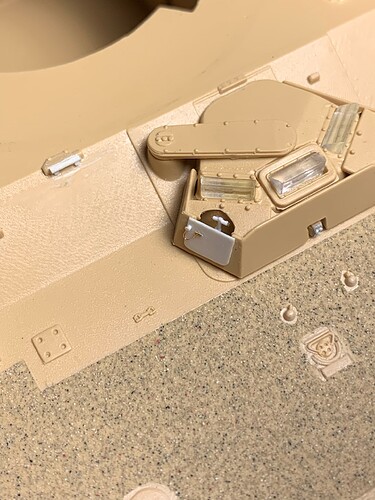 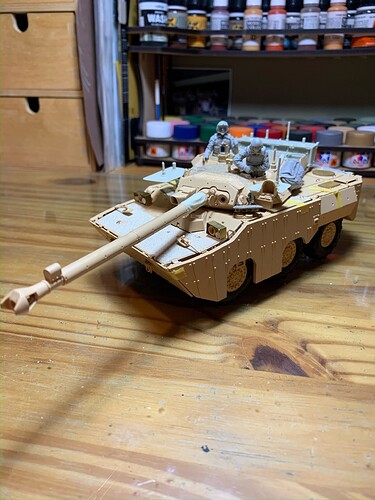 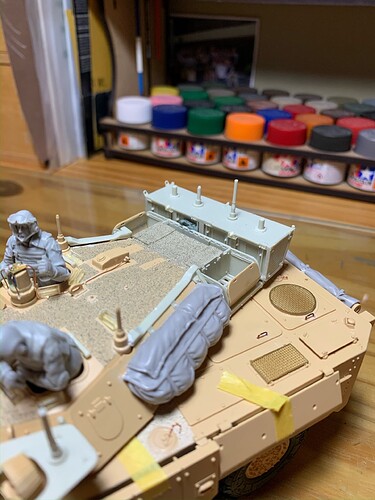 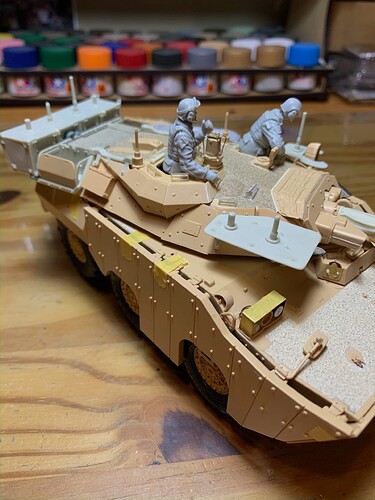 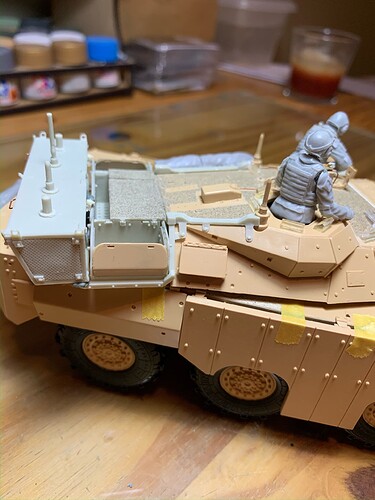 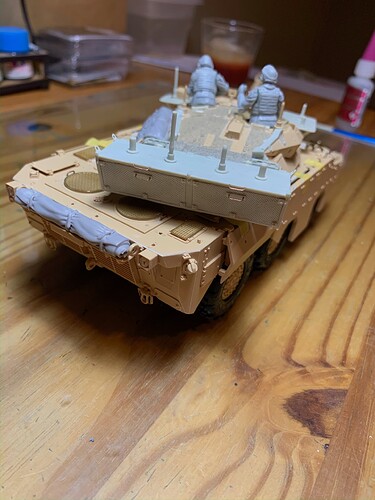 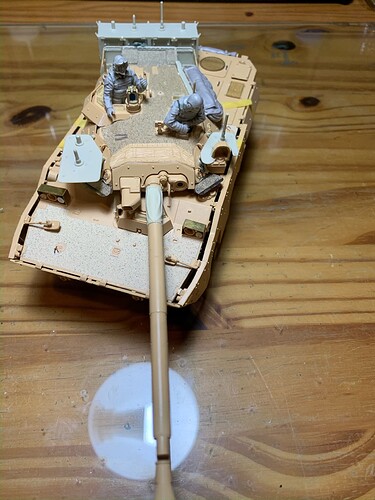 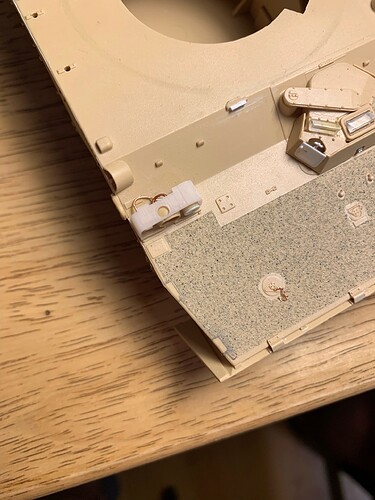 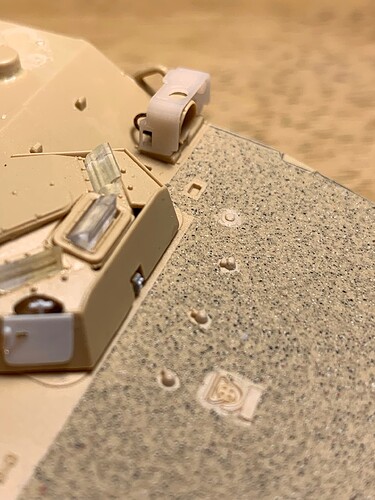 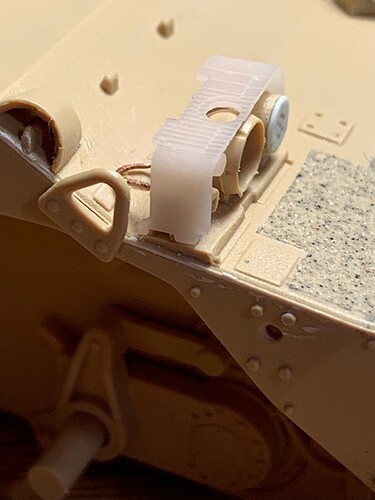 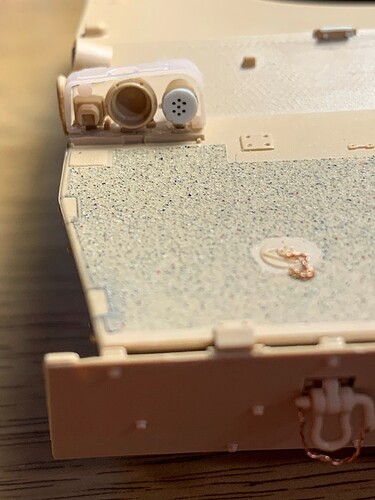 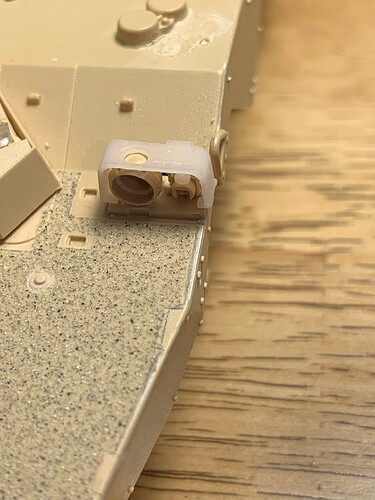 Great job!
Question:antislip is mandatory or was it not on early vehicles? What kind of painting do you envision?

Hello ! Thanks for the kind comment. In it’s basic “RC” configuration, the antislip wasn’t applied on the vehicle, based on photos I’ve seen. So for a Daguet era AMX 10, you’d be good without it. For RCR’s, the antislip is there. It’s going to be painted standard french 3 tone camo and weathered with heavy dust and scratches.

Fantastic project you’ve got going there. It’s nice to see all the added details- particularly your own printed parts. The resin upgrades certainly make a marked change in the shape of the turret. The anti-slip is great too- what did you use for it?

It is ! I’ll try the mig paste for the headlights shields and see which I like more.

Looks excellent; lots of small details. What is the large box on the turret rear? Storage? And the flat plate objects on either side of the turret from? Very interesting vehicle there and great to see some modern French armor here.

Hello ! Thank you. They are anti-ied jammers. I don’t think the bustle box has room for stowage, it probably has to do with wiring and maybe batteries to power the rig. That’s my guess.

How did you separate the paste from the vehicle components?

Unfortunately they are just plates for IED jammer aerials used in addition to the ones on top of the large box at the rear.

Always like the look of this vehicle, but did wonder how the tyres dealt with the steering system? Do they wear quicker than normal systems. Good job on the non slip thouigh.

Is the second axle not steering?

As far as I’m aware it uses skid steering. With the add on side armour the wheels wouldn’t be able to turn.

Yes, it’s totally skid-steered. makes me wonder about tire wear too. I just finished the RCR myself, thought the kit was pretty good except for a couple of minor fit issues and the color of the plastic made it extremely hard to find the minor but common flash throughout.
Mine’s totally OOB, not even any anti-slip. 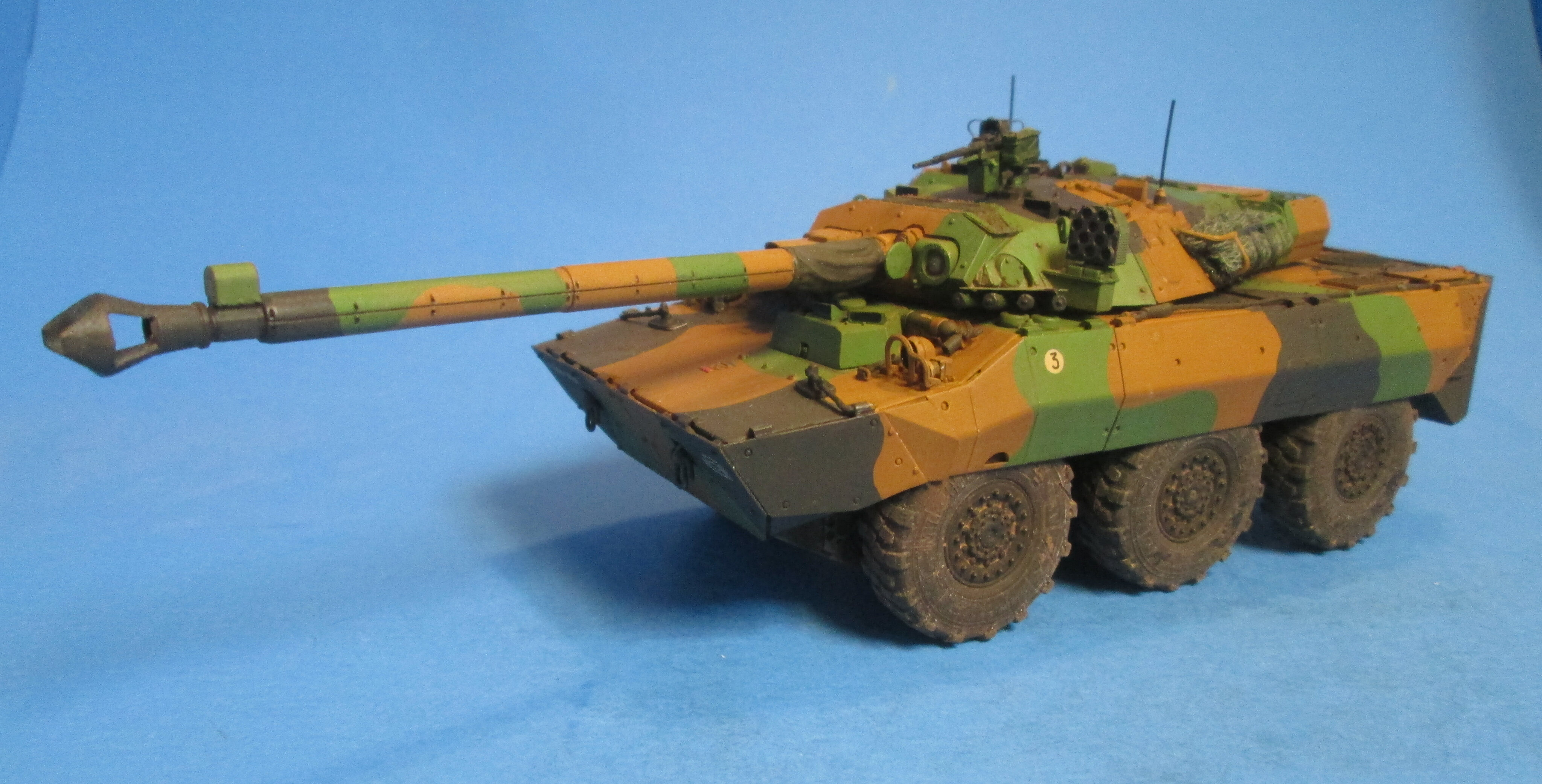 IMG_3490 by Russel Baer, on Flickr
Not a hi-jack, more to illustrate that steerable axles are out of the question.