The IR detector wand behind the TC’s hatch - my books tell me it’s 25.5in (64
77cm) tall, but not how thick. Also the upper part looks like glass, but what colour? Most photos I’ve seen it’s just in the background.
I’m hoping its red, so I can use 2mm Red LGA (Light Gathering Acrylic) rod for the upper portion.
I’ve already made the Winky Pots as part of my Simfire build - http://www.hobbyhavoc.com/forum/index.php?topic=5614.msg50789#msg50789 - & references - Solartron Simfire References -

Black Nasty will be added to the pot after painting - is black ok for wand & Winky pot, or green/something else? 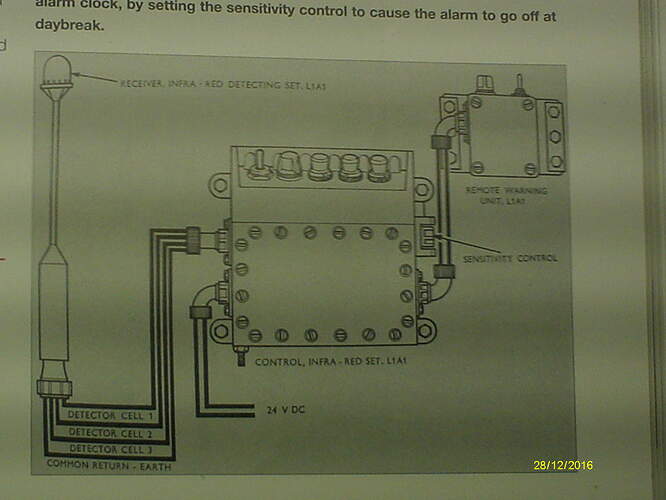 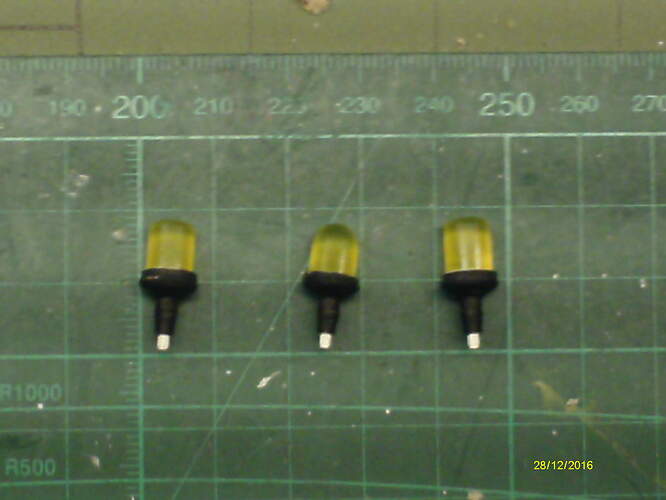 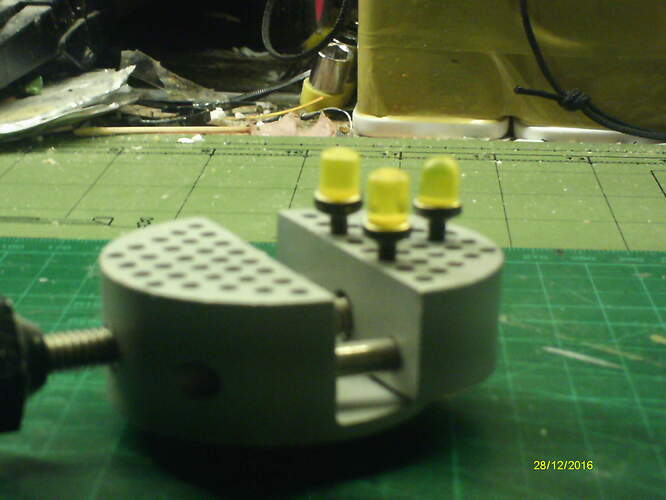 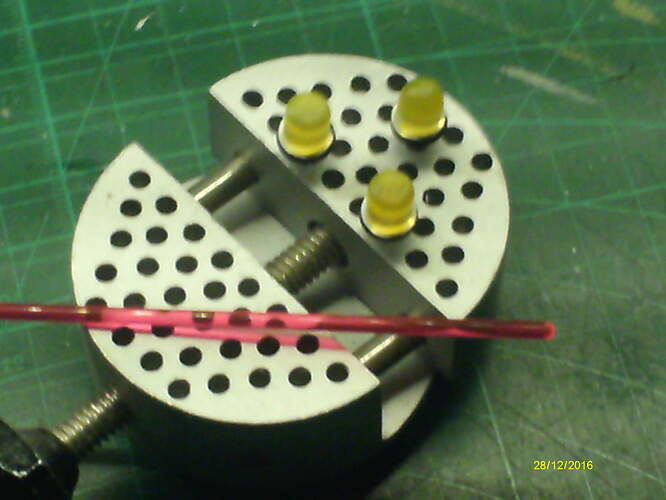 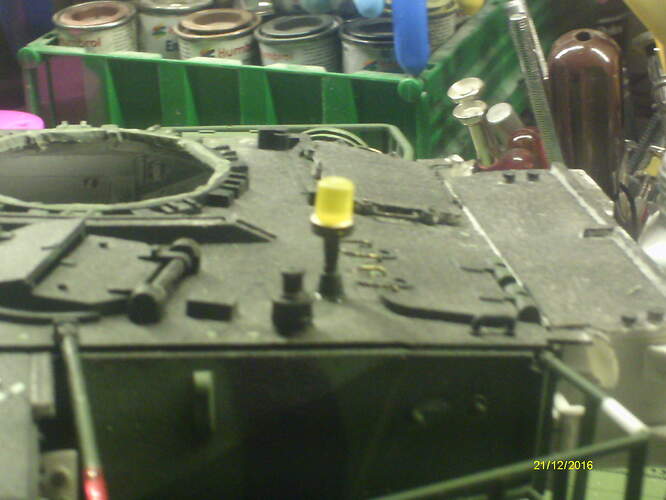 Mal, black nasty is fine for the winky wonky… As I mentioned in another thread, we used to cover the front half with black nasty and the rear of it was left clean… There is nothing worse than that amber light flashing in your face for hours at night on a road move…others may of done it slightly different. I have seen the pots painted 1/2 to 3/4 black as well for the same effect.
Ref the IR detector wand… In all my time on Chieftain I never saw it once. Not even in the troop stores where we kept the wagons kit while in barracks. It may be worthwhile seeing if @Maximus8425 knows more about them as he was on Chieftain as well.
Ref your winky wonky pot… It looks more yellow unless it’s the lighting ? Ours were definitely alot more amber…tamiya clear orange works well. John

My bad - the paint colour question was about the stalk & fittings.

The colour of the Winky pot was a question I forgot, some photos show it as yellow, some amber.

And the LGA only comes in Yellow, Red, Blue & Green, so Yellow it was. Have the same issue on my Scorpion marker lights. Might have to get some Tamiya Clear Orange.

Funnily enough the Chieftain I’m modelling - the one in Huntly, up the road from me - has the IR detector wand, but I haven’t had the opportunity as yet to do a walkaround on it, each time I’ve been there so far, have concentrated on their M41. Next time though….

I have seen one once and that was right at the end when we were backloading our wagons for disposal in 1991/92. We never held them in troop stores but when all of the kit was being boxed up to go back there was a box with these in being moved out of tech stores. From memory the dome at the top is black, very similar to the lens of the drivers IR lights. I would imagine this is to filter out all other light bandwidths other than infra red otherwise you wouldn’t detect anything. In fact I have found a picture of one on the net.! Although not visible on this I think the lower fatter section was black rubber to let it bend if it encountered a tree branch etc. 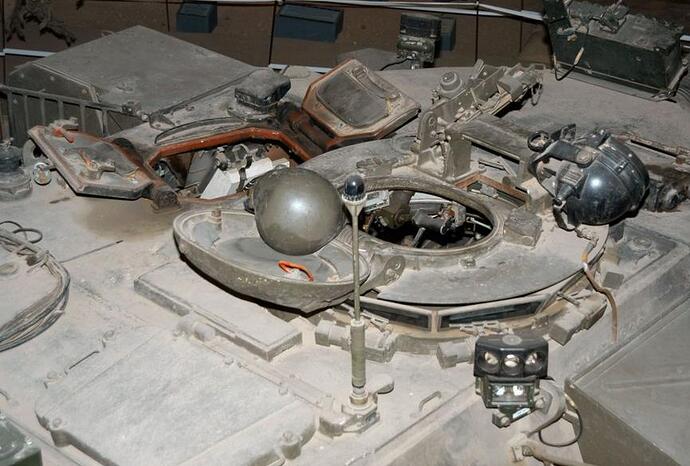 This one shows it better, 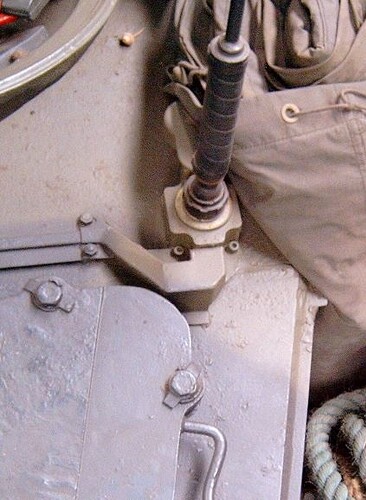 Nice find @Maximus8425 , that’s the first time I have ever seen one fitted or otherwise…only taken 30 odd years lol

I started crewing Chieftain in 1985 and never saw one, god knows how far back they were withdrawn as I would imagine there would have been and control/indicator box inside and there wasn’t in any callsign I served on.

Nor me, I was also 85 on Chieftain and never saw the control/indicator box in the turret…

Hi guys
Excellent. I’m still thinking of using Red LGA for the upper glass, but will need to darken it a lot - perhaps Tamiya Clear Smoke?

Tamiya semi gloss black X18 works fine for IR lenses as it has a certain sheen to it.

Just a gentle reminder that just because it says that somewhere it doesn’t necessarily mean that it happened; whilst the British Army Chain of Command may well issue all sorts of instructions it doesn’t mean that once received at unit level - having transited through Div to Brigade - that it comes to fruition, for any number of reasons viz the REME haven’t gotten around to reading the EMER on how to install it due to their soldiers being away on adventure training and courses, or, the Tech QM is missing part of the equipment, or even the blokes aren’t trained up on it, let alone the prevalence of Op BANNER tours which had a huge impact on normal unit training. And so on, and so forth.

This isn’t to play Devil’s Advocate for the sake of it but just to set in context that an organisation like the British Army, is prone to all sorts of influences - both from within and without.

They are just black on top. The whole idea of IR filters is to transmit only IR radiation, not visible light, so exactly like the IR headlights, the searchlight filter or the one you can buy for a camera lens. I don’t know where the idea that there is any red (part of the visible spectrum) colour in IR filters originated.

IMHO the IR Detector (stalk) probably dissappeared from use due to the increase in the use of image intensifiers/thermaL imagery. The IR detector was a tool for the use of the Chieftain Commander to identify whether his vehicle was being scanned with an active IR beam. It didn’t work for passive IR detection.

I don’t know where the idea that there is any red (part of the visible spectrum) colour in IR filters originated.

The most simple explanation, it’s part of the name - Infra Red. I’m using it in this particular case as it’s the darkest clear LGA colour I have.

If you have ever looked at the glass of an IR headlight when it was on, it has a slight red tint to it. That is all you can see with the naked eye. There is also quite a bit of heat just in front of the lens.
Ken

I must admit I seem to remember looking at those 1950s/60s AFVs with early IR headlights and they were a sort of dark crimson/brown colour.; admittedly it was only in a certain light (no pun intended).

And did this one too, still need to colour the bulb. 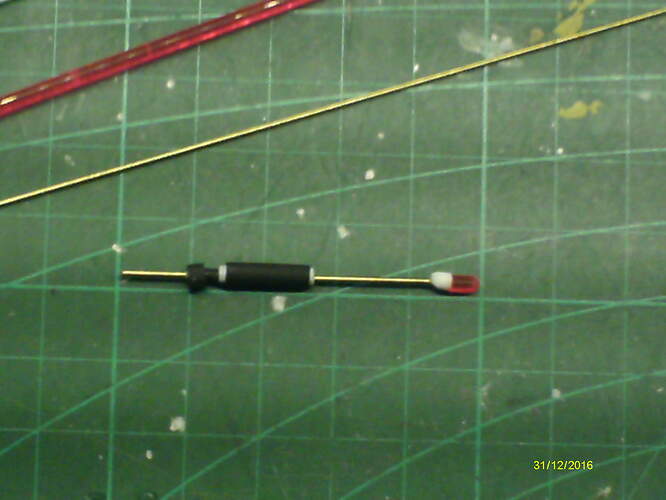 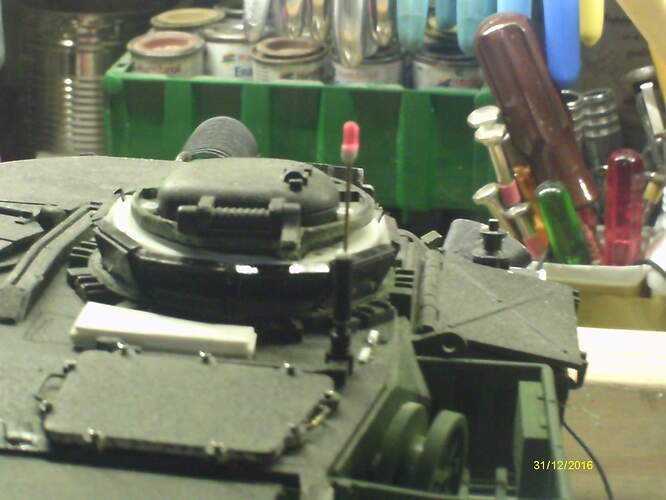 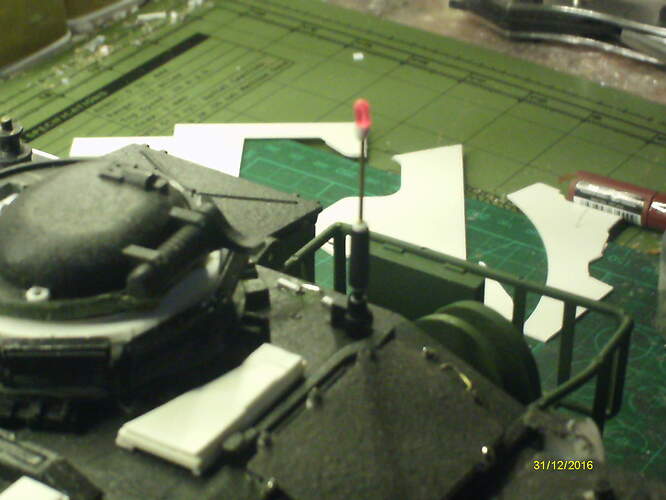