You learn something new every day. I had always understood that the textured horizontal surfaces on Israeli tanks such as the Merkava were specifically there to prevent crew from slipping (hence the term ‘anti-slip’). However, listening to an appraisal of the Merkava (by the director of the Munster Museum), I learnt that the rough surfaces were designed to minimise reflection from the sun as a way of improving camouflage in the desert.

Seeing how most of Israel and their associated areas of likely combat don’t ice up or get wet for their armor very much, the reduction of reflectivity for camouflage purposes makes sense. But most NATO armor was given the non slip areas strictly for climate factors.

A classic case of modellers perpetuating a myth … how often do we read articles on the method of applying ‘anti-slip’ surface to a Merkava model? In fact, the term should be ‘non-reflective’.

No offense, but I’m going to call horse hockey on that.

Maybe you misunderstood? Maybe he was saying that was why the Israelis applied it so thick? Like it was an added benefit.

For example: why do they put it on the inside ramps in M-113s and Bradleys?

Isn’t this conceptually the same as zimmeritt - anti magnetic mine paste with camouflage secondary effect, here being anti slip with secondary anti reflective effect - two positives in one coating?

An improvement on that - a three for one - could be interesting. Any thoughts on what 3rd effect would be preferable?

True, but that doesn’t mean the anti-slip is pointless in those conditions. As a matter of fact, it saved me, and I’m sure countless of other IDF soldiers too, some serious injuries. Working in- and around AFVs is a very dangerous business, even when the weather is good and bullets aren’t whistling in the air. Plus it does get icy and snowy on the Golan Heights, the natural ‘habitat’ of the Merkavas. 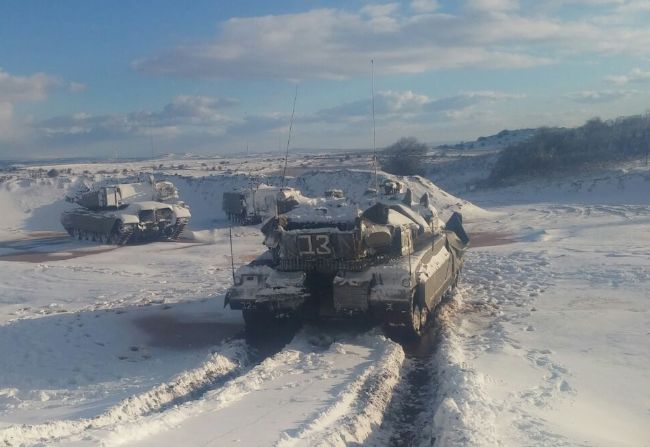 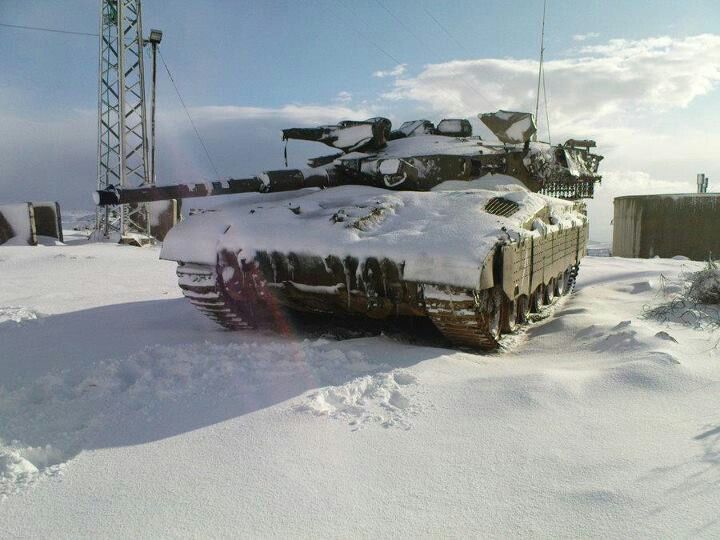 I think that’s the case rather than the other way around. As said, anti-slip isn’t an Israeli invention. It does, however, reduces reflection under certain conditions, no doubt about it. Note the difference between the coated and the non-coated surfaces. 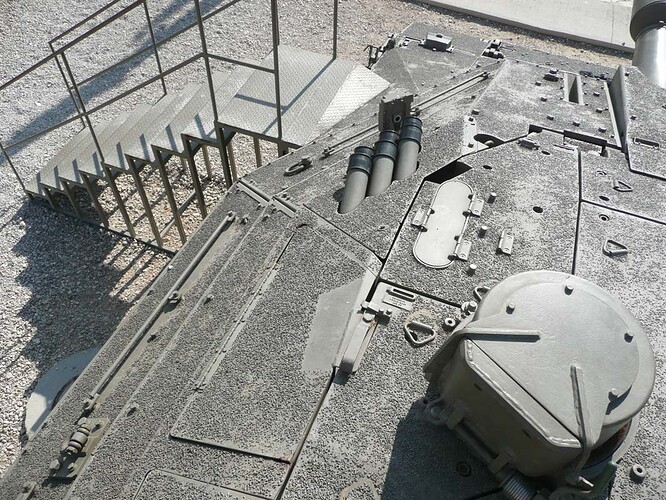 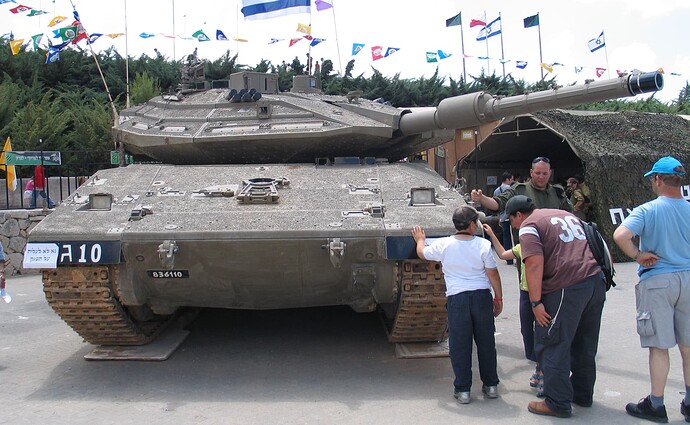 An improvement on that - a three for one - could be interesting. Any thoughts on what 3rd effect would be preferable?

Accumulated dust on the coated surfaces helps blending into the environment… 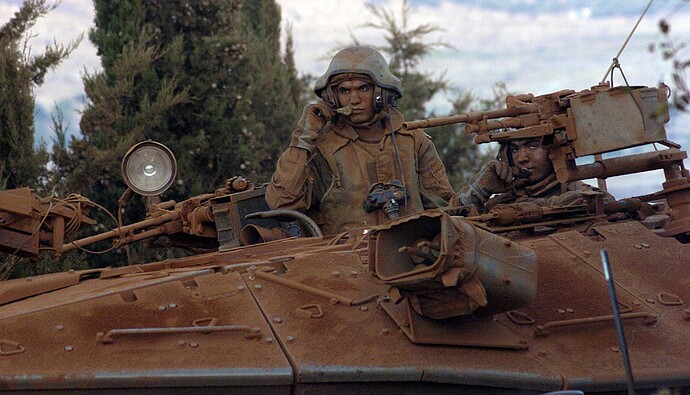 …or at least creates a two-tone camouflage effect: 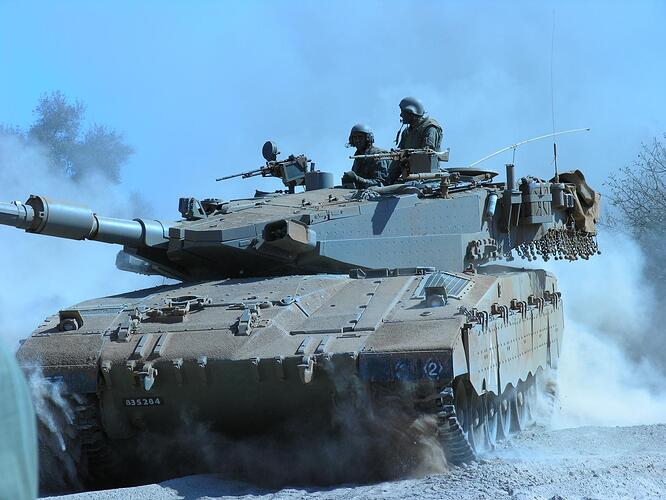 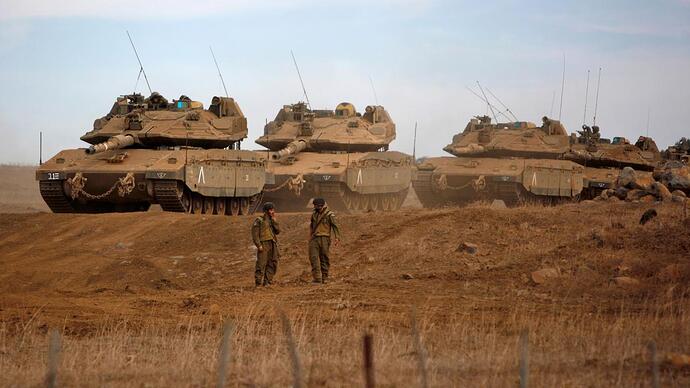 Then why not to apply also on vertical surfaces? In any case, we’ve only been explained the importance of the anti-slip surface. Reducing reflection wasn’t mentioned at all, but then again, I’m just an ex IDF tanker, not a tank museum director. I guess he knows his stuff.

Accumulated dust on the coated surfaces helps blending into the environment…

Tertiary effect - tick…Hmmm obviously the questions need to be harder…

Awesome photos with the snow!
Ken

True, but that doesn’t mean the anti-slip is pointless in those conditions. As a matter of fact, it saved me, and I’m sure countless of other IDF soldiers too, some serious injuries. Working in- and around AFVs is a very dangerous business,

I hear ya there.

And I sure never said that that the anti slip is pointless. It is a great idea for reduction of sunglint. Just like the rough paint coating on the old steel pots or Kevlar helmets that I’ve worn. And as you so amply pointed out, the Golan does get nice and frosty at times.
Having spent quite a few years on AFVs myself in various climates, I know what you mean about the danger. We didn’t have that anti slip stuff on the tracks that I crewed, drove, or rode in. Might have saved me a few bumps & bruises if we had…

Same here. I once slid off the rear fender of an M60A1 during a rainy evening. Ended up in the mud behind the tank.
Ken

Yeah, a slip on the turret and the ground would be the softest thing you hit. I crewed before and after non slip was applied. 3 points of contact with the tank is always called for. Don’t make it ass, back and head. 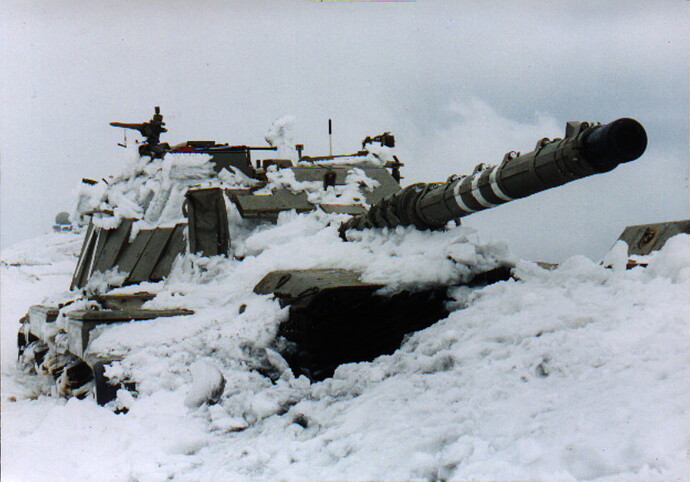 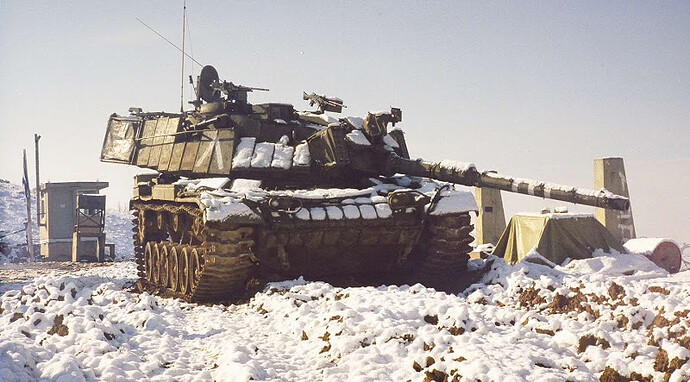 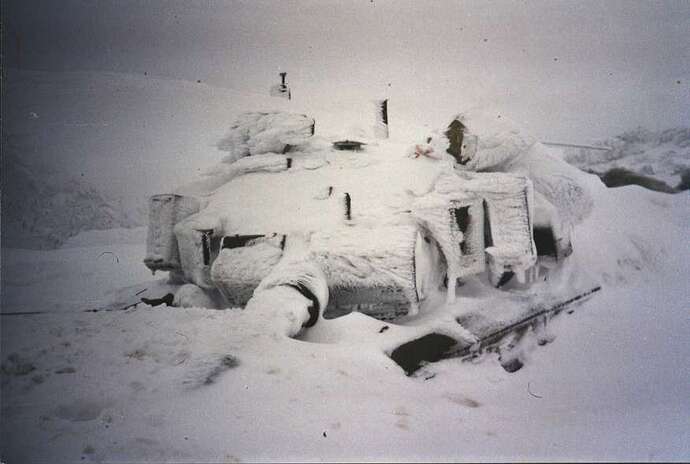 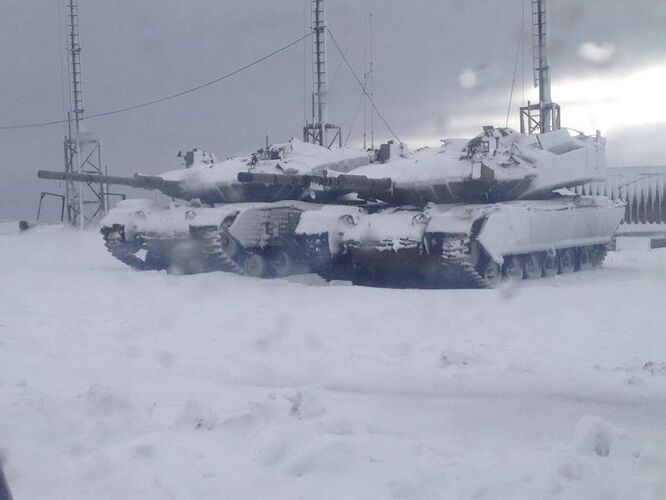 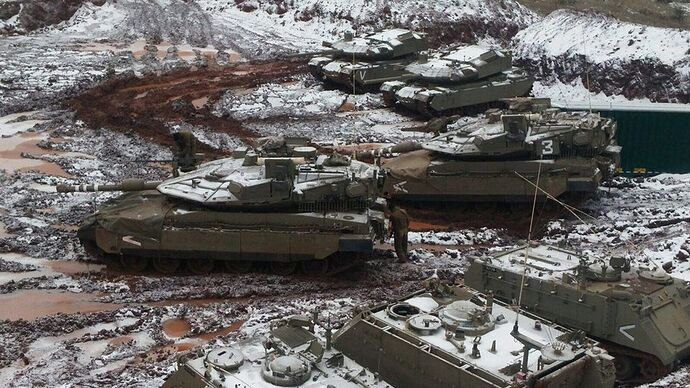 As a Tank company. I’m Andre in FRG in the early 70’s we threw sand on the front slope of our M-60’s and oversprayed with OD to create non skids surfaces. We also added a 2x4 between the running lights to keep from falling off the front slope.