Still playing around with this. The figures have all been converted, some quite extensively. I’m struggling with the radio wiring but will get there eventually. I cant decide if I want the chap seated at the wireless to be a signaller and holding a brew or a REME with some tools to show the problems the troops encountered with the radios. I’ve (still) got loads of dios/vignettes on the bench and am trying to represent all the British airborne forces who served at Arnhem so having the radio repaired fits this well. 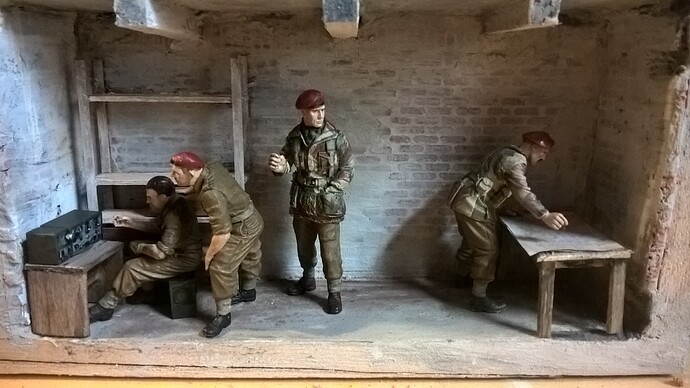 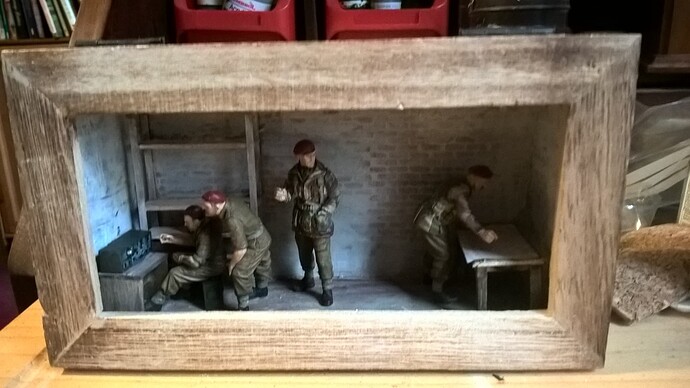 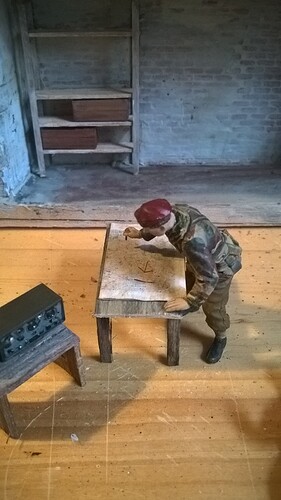 That is amazing and elicits quite a bit of emotion , just knowing the story and how powerful it is
" out of ammunition…God save the Queen."

Would have been “God save the King”

Very nice and quite impressive work!

Cheer. Im busy making spare smocks to hang on walls and chairs and am putting together all the extras needed to furnish the scene.

I’m swapping things round a bit. Ill use the radio figures on another dio and go with some larger figures (think Verlinden 1/35 rather than Resicast 1/35).

Pics. The officers fussing over the map table are almost sorted (with Digby Tatham Warter ready to set off. He’s made from a mix of Verlinden and Cromwell parts). I want a radio operator(s) failing to get comms working and a sense of frustration building. Ill make a new seated/ crouching radio operator to fit this larger 1/35 scale. 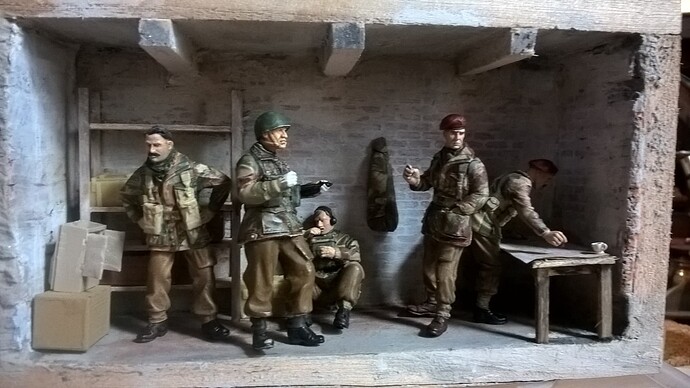 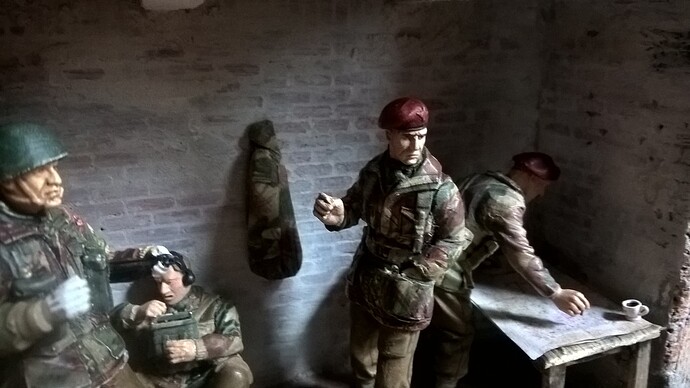 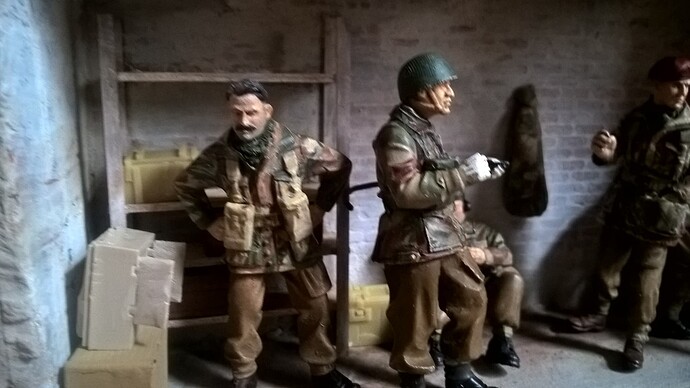 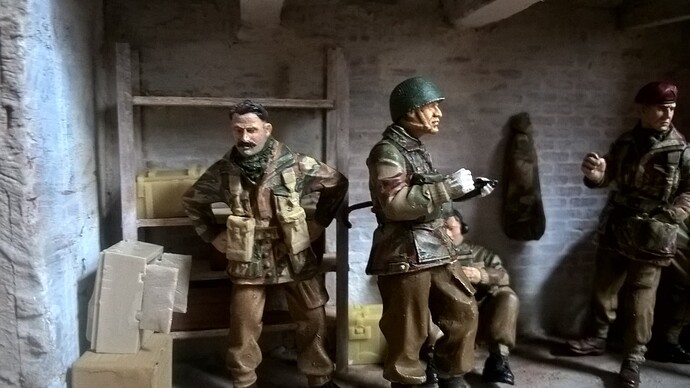 The radio is from the old ESCI set which is closer to the scale of the figures than the far superior bronco offering. It will be tweaked considerably. 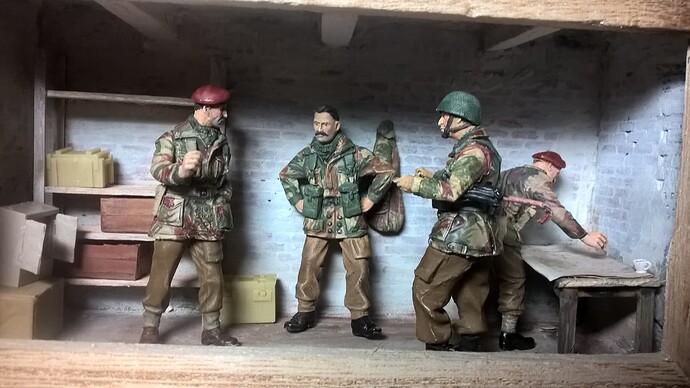 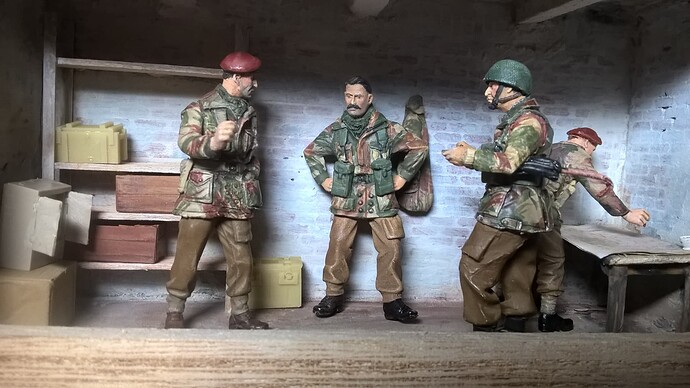