AURORA 1:48 British Churchill gets a FACELIFT

This is a WIP of the old AURORA British Churchill in 1:48 scale.
Was lucky to get this on Ebay for a very good price but
as some may know the kit leaves much to be desired.
So out came the styrene bits and the scratchbuilding began.
This is where I am at presently.
The barrel will be replaced by a metal one and I will adapt
resin tracks by Gaso.Line.
Hope you like. 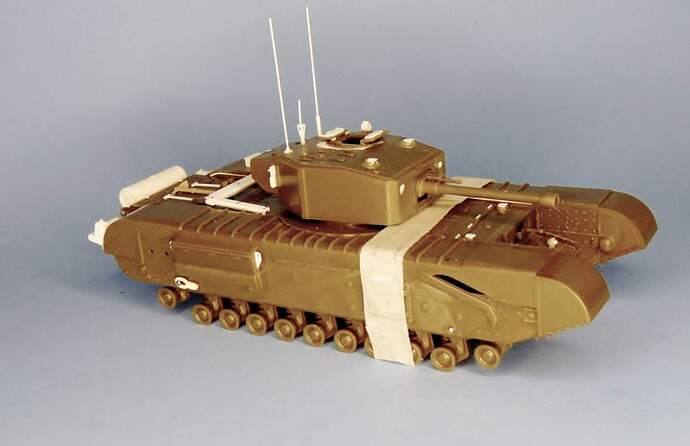 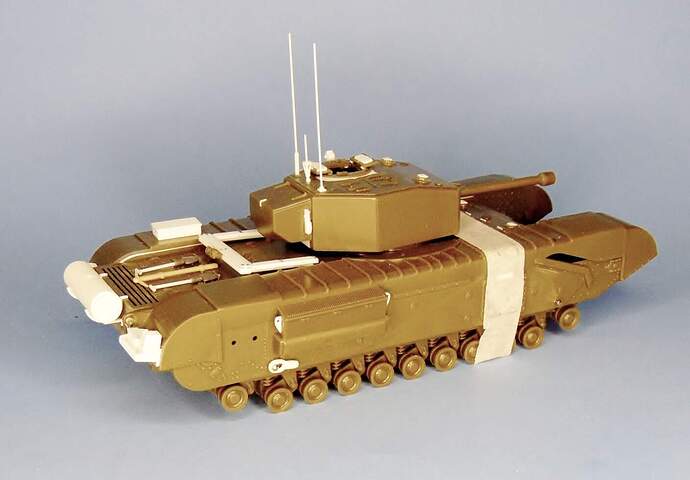 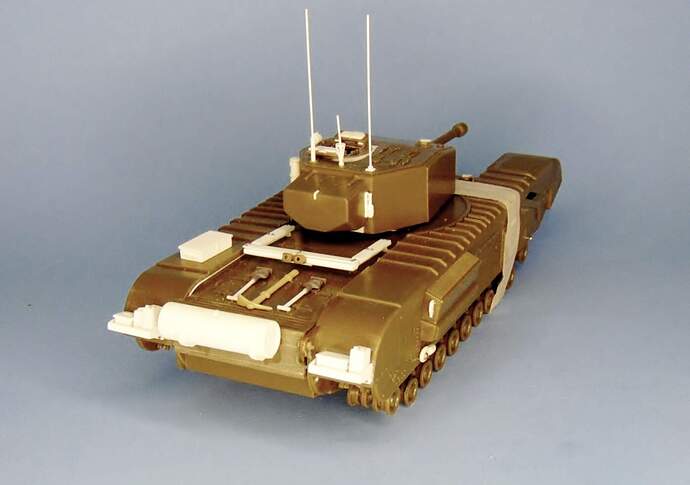 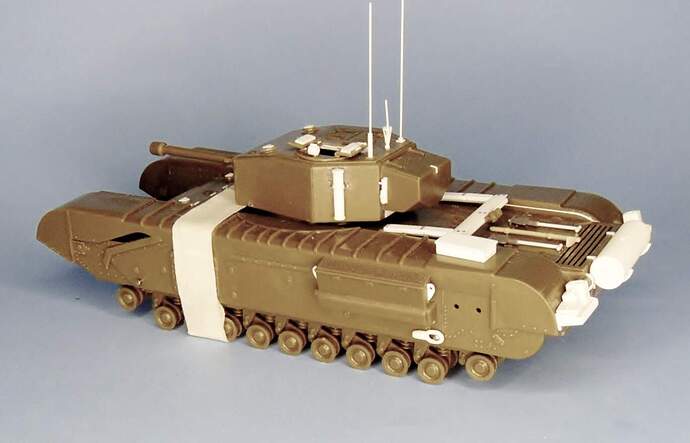 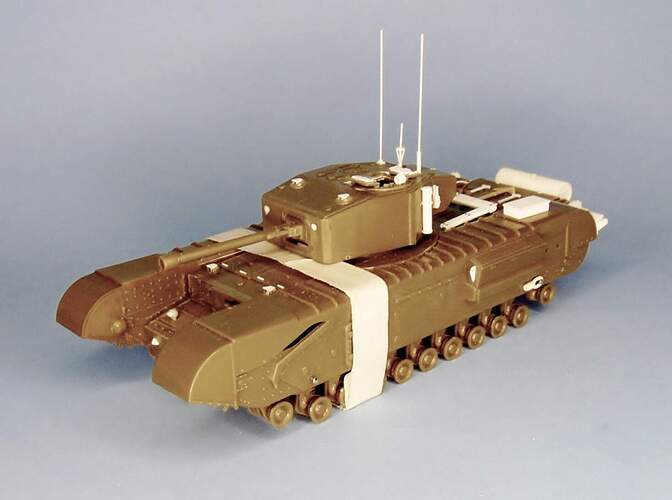 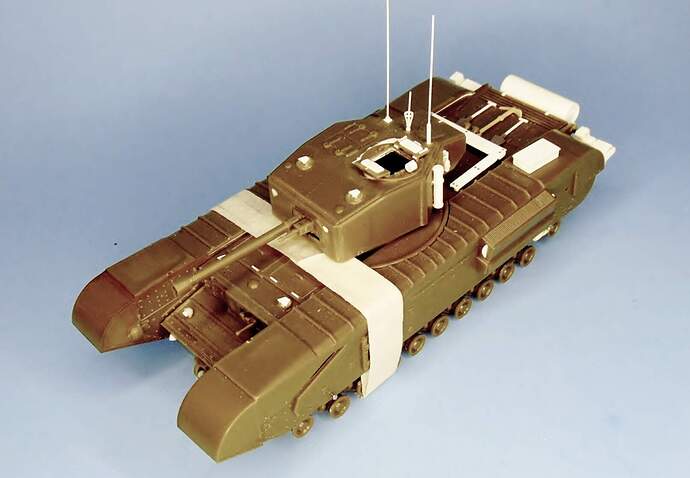 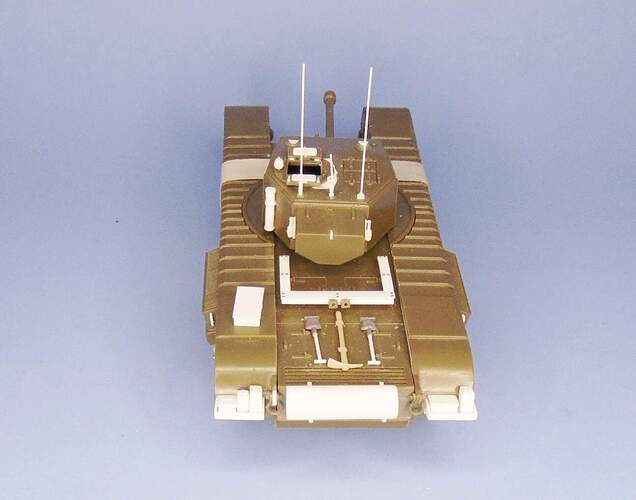 Looks very nice! Cant wait to see it after everything’s on it!

Well I’ll be… I haven’t seen that kit since I was a little boy. I had no idea it looked so basically decent by itself. And what you’re doing to upgrade this will really make it shine. I guess that there is something to be said for those old 1/48 Aurora AFVs.

Some of these old Aurora 1/48 armor kits have been re-released by (I believe) Atlantis. I managed to make a nostalgia purchase on eBay of their old Tiger Tank, which pictures the Tiger I on the box but builds into a basic Tiger II. Your Churchill looks good so far!

Hi Carlos.
The Churchill is a descent kit in general …it just lacks much needed detail.
The Chi Ha Type 97, also by AURORA, on the other hand, has
incorrect mudguards and they need to be completely redone but still worth the effort, as no one else makes one in 1:48 scale.
The only downfall to both these kits are the tracks.
I have found resin replacements for the Churchill but nada for the
Chi Ha.
Although I have many modern offerings of 1:48 kits, I still like
the old kits as I missed out on them when I was younger and
I just love to scratchbuild and upgrade those kits.

Hi William,
Thanks for liking!
And if you are building that kit, please do post some photos.
Cheers,

I look forward to watching this project Joe. I think the last Aurora 1/48 tank that I built was that King Tiger back in the mid 70’s. They weren’t as nice as the 1/48 Bandai kits that I was building at the same time.
I’m hoping that Atlantis re issues the old Aurora MBT-70 one day. I might have to grab that one.

A little update:
Gaso.line T144 resin tracks and RB metal barrel arrived today.
These will greatly improve the kit supplied ones.
Also made the two tow cables for the outside of the mudguards
and the jacking blocks which will be mounted on the inside of
the front mudguards on either side.
Only one more item missing…new decals. 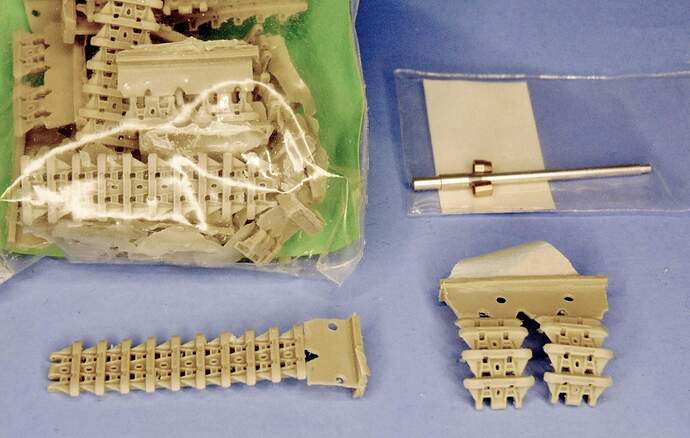 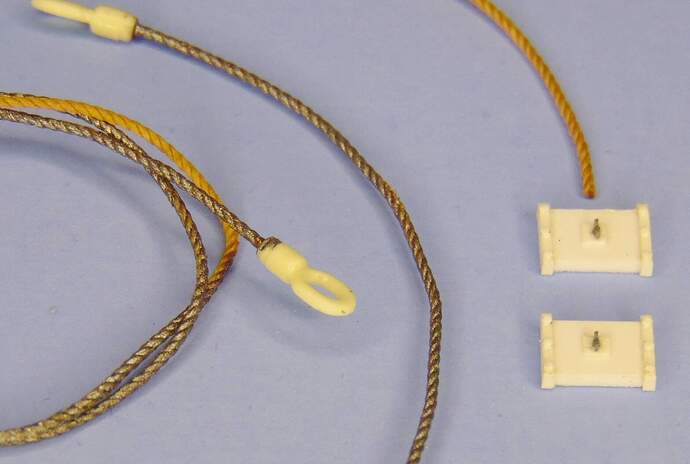 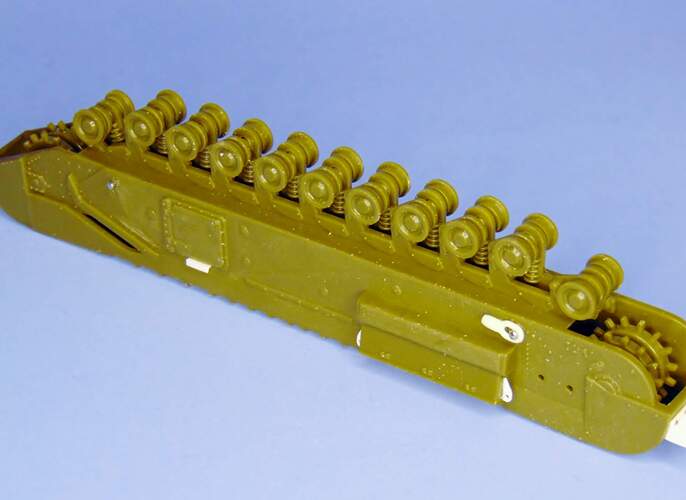 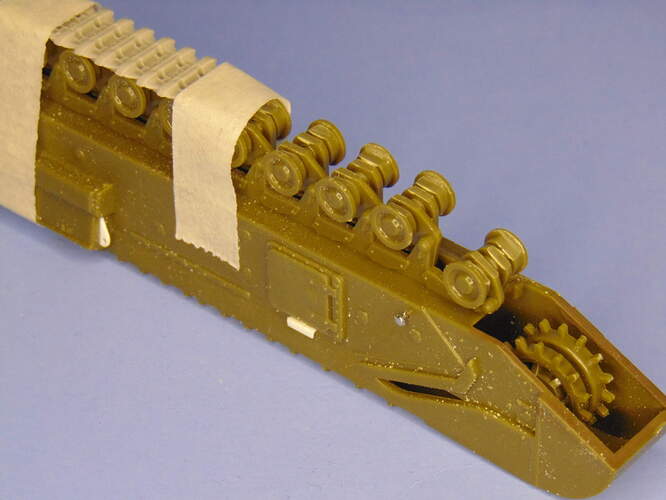 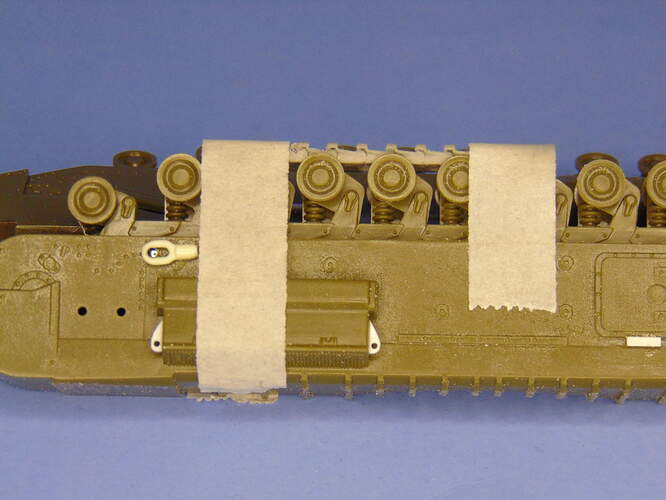 Very nice work. It’s neat that you can revive an Aurora kit like this.

Thanks Chuck for liking and yes some of the old kits are really worth
the extra effort. I just love creating missing detail parts from bits of
plastic and sometimes metal.
Cheers,

Right on! I can’t wait to see the finished product

Thanks for liking!..it is slowly taking shape…hardest part adapting the
resin tracks to the existing sprockets and road wheels but it is getting
there. Also need to source out some decals for this tank…was thinking
of making it Canadian 3 Rivers Regt but have not found any decals yet.
I may have to do it Calgary Regt. as some decals do exist but will have
to further modify and make the Y shaped exhaust pipes extension.
Cheers,

Three Rivers? I’ve got some of those, if you wanted I could size them down to 1:48 for ya

Oh Great!..Let me confirm that the 3R Regt operated MkIIIs and I
will get back to you.