Hi guys,
Here is my Academy kit using the Callsign models 1966 conversion set. Nice kit to start with and theC/S stuff was fine.
I used Masterclub club tracks, but beware they are for use on the AFV kit and I had to widen the sprockets to get them to fit! 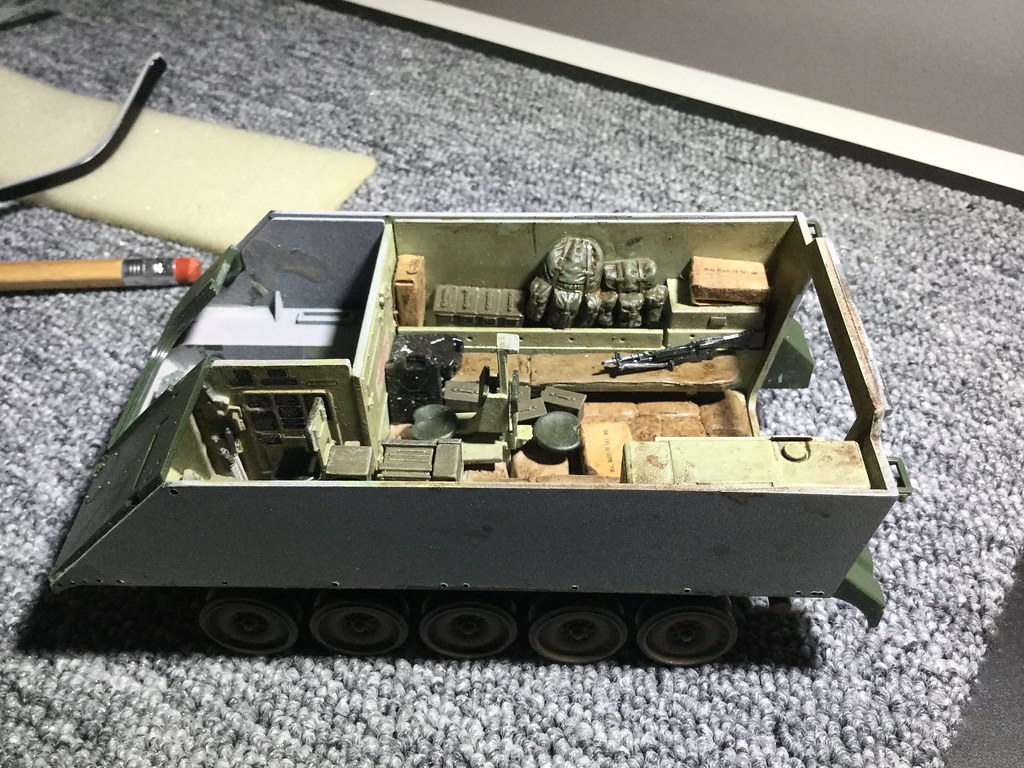 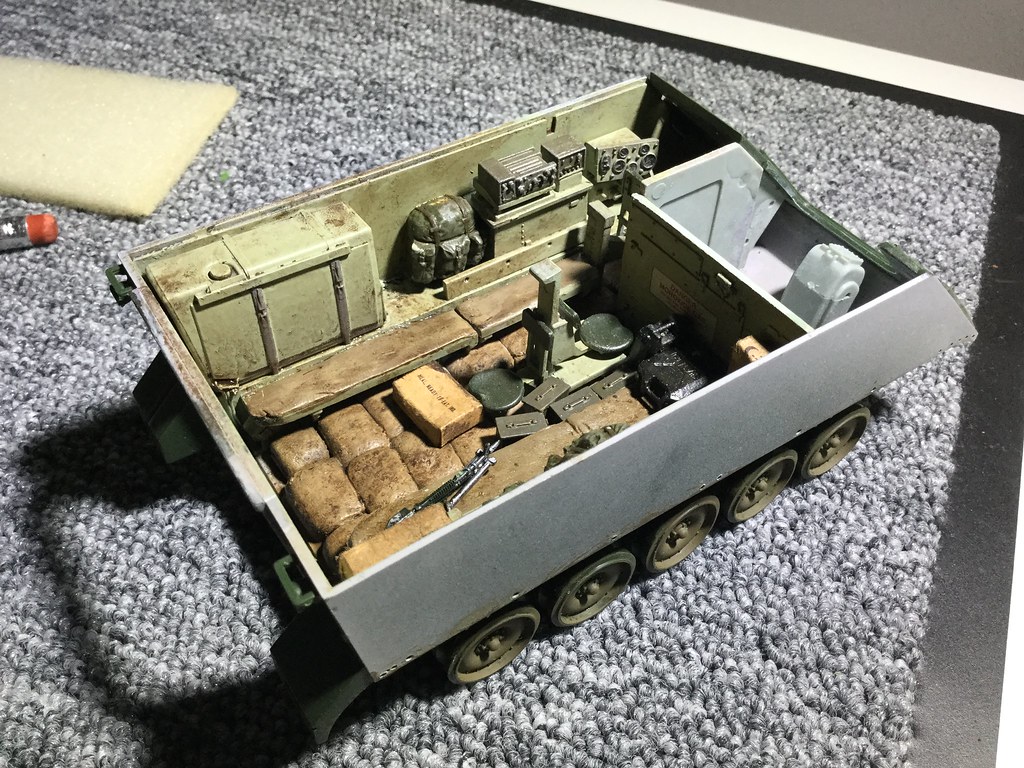 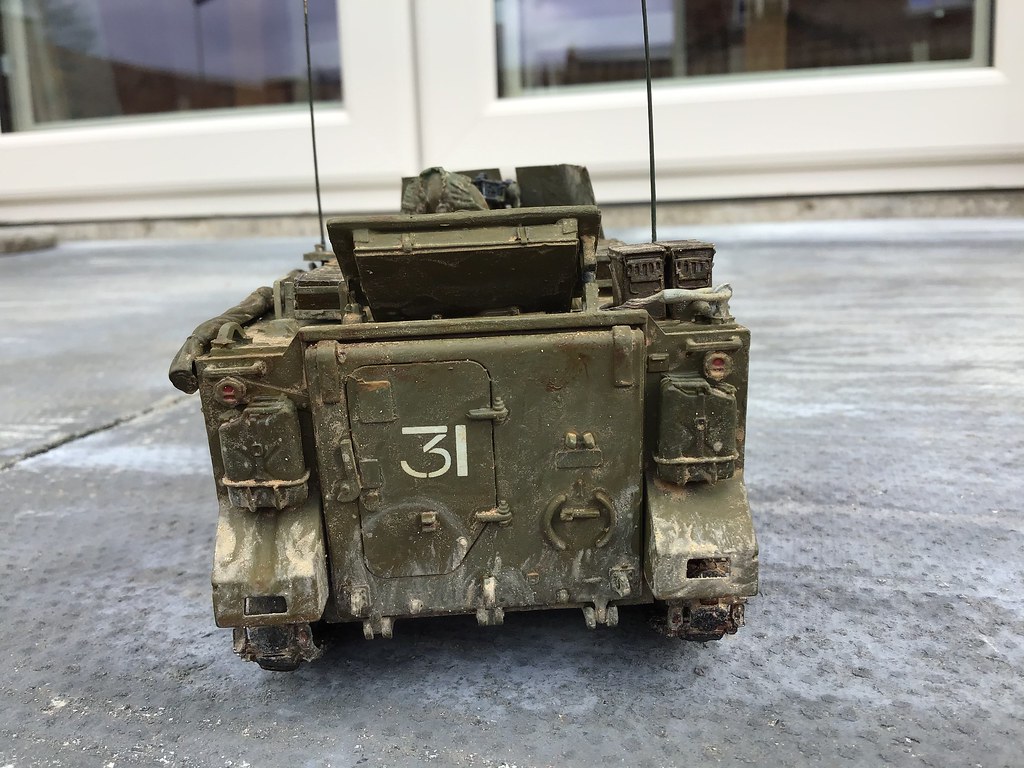 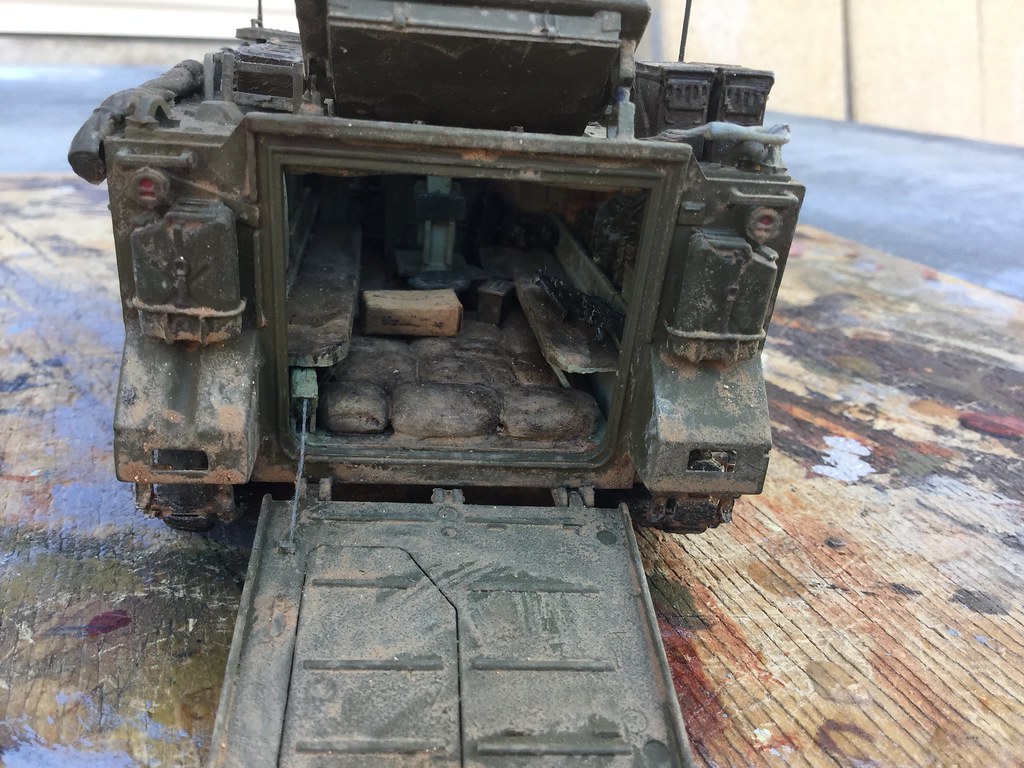 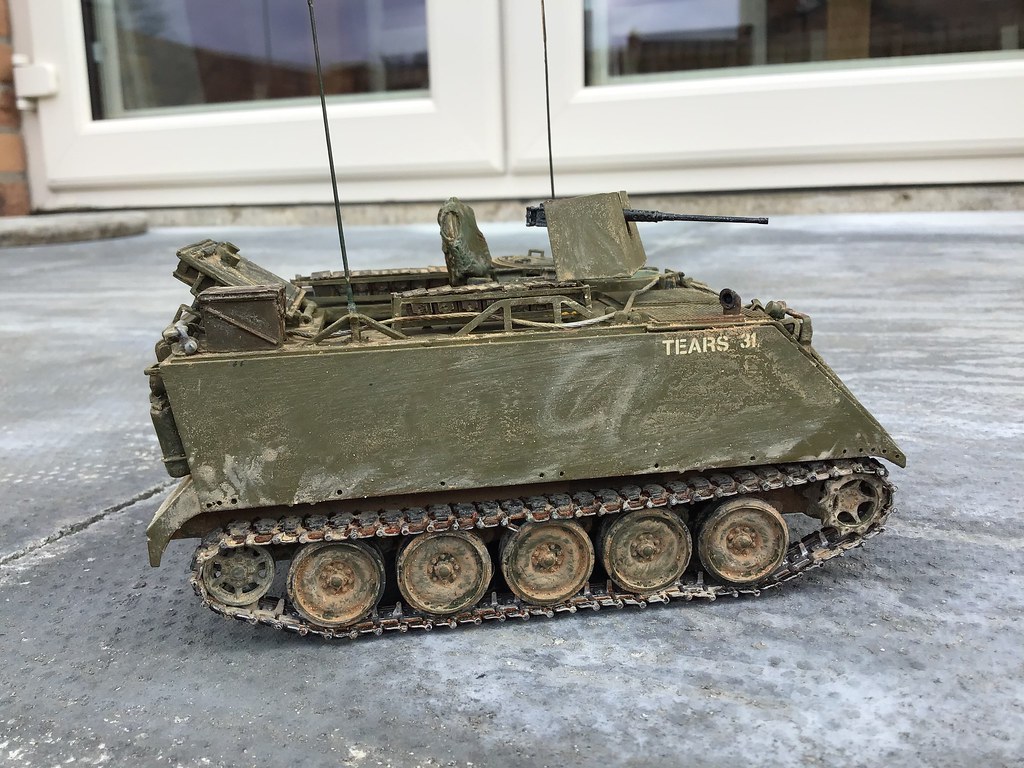 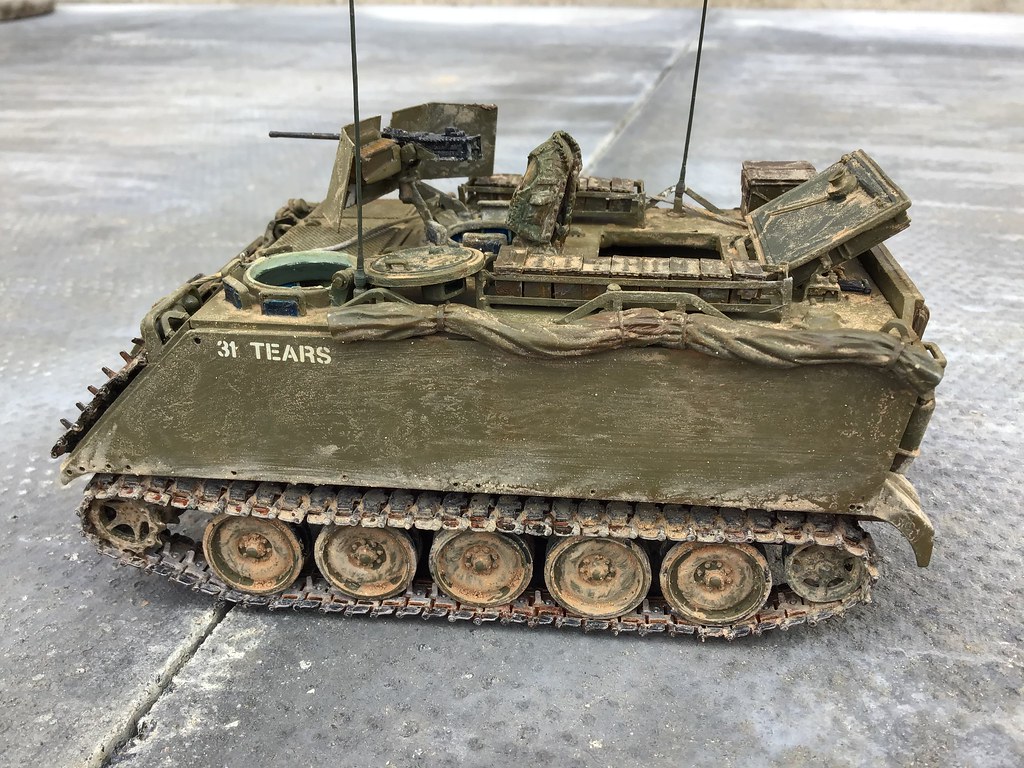 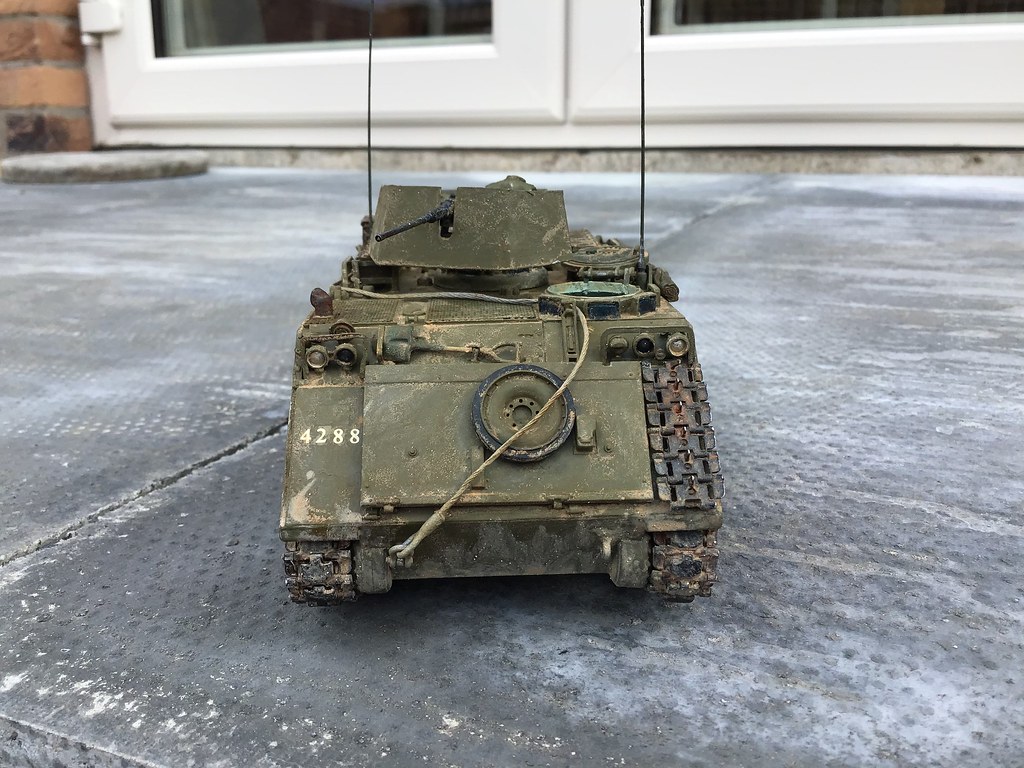 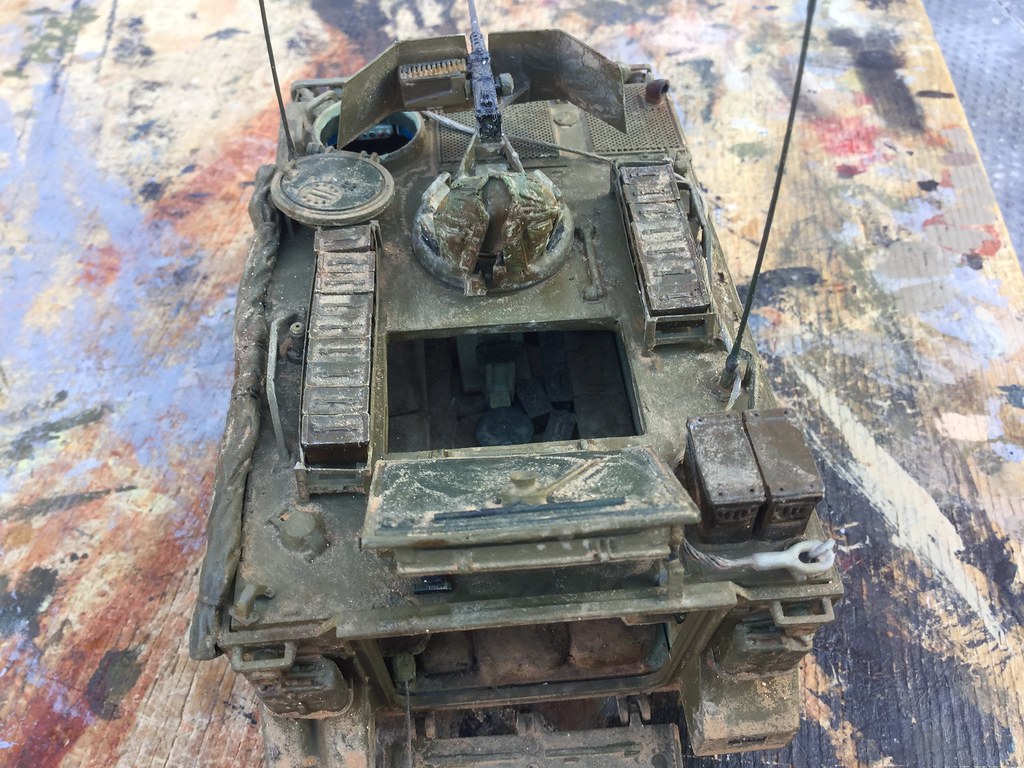 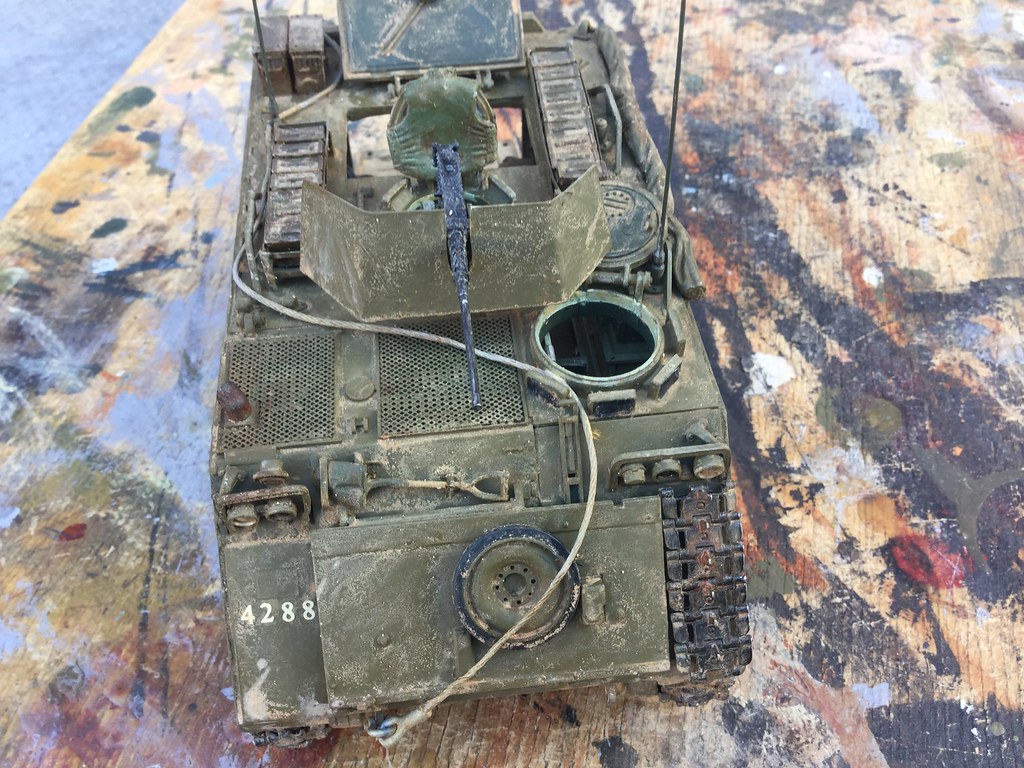 Hope you like what you see,as usual any comments/ criticisms welcome.

Looks pretty sharp. What’s with the box on the external side of the cargo hatch? Do the instructions show to mount such a thing there? On a real 113 that would prevent the hatch from locking in the open position and become a hazard when moving to anyone on the rear deck.

What’s with the box on the external side of the cargo hatch?

The Aussies mounted an exhaust fan and filters onto the top hatch. The latching mechanism was adjusted for this mod as well as the hatch supports. 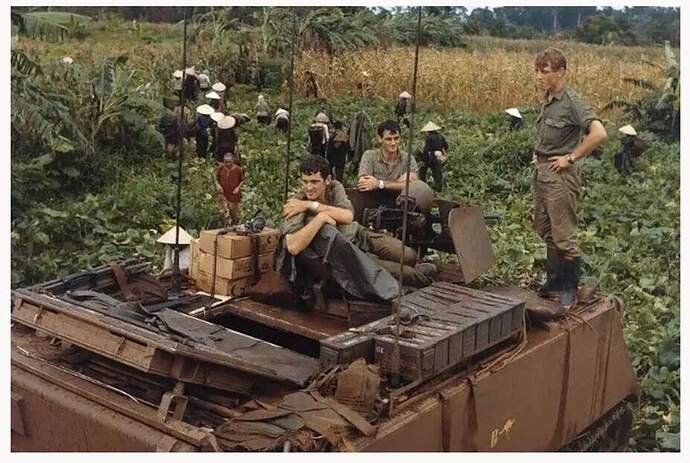 Nice lookin’ little APC Ivan @Jacko464, nice and dirty. The box on the crew hatch is the cooling unit isn’t it, is this a scratch built item or an AM piece? 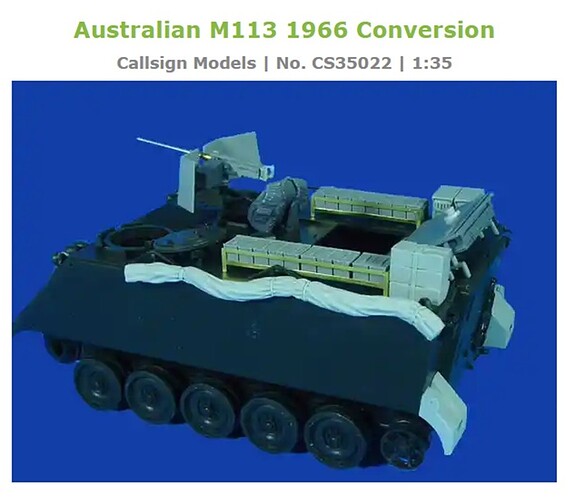 Looks pretty nice. I like the interior stowage especially the sand bags lining the floor. That’s an interesting modification to the rear troop hatch! Looks nice and dirty. Great job!

Nicely done Ivan. Great conversion for a Long Tan era Track. Looks like you had some fun in the mud.

Just one little thing, don’t get beat up by it though, is the markings ‘Tears’ are not period correct.

Call sign ‘Tears’ is one of a trio of Tracks from A troop 3 Cavalry Regiment named after the Band “Blood, Sweat & Tears”. Whilst 3 Cav was there in 1966, as the band did not form until 1967 and only released their first album in 1968 the name can’t apply to 1966 fit out using the ‘Elephant Ear’ gun shield.

BS&T tracks were actually marked up with the call signs around 1971 and these tracks were around long after the Elephant Ear shields were replaced with the T50 Turret set up.

Blood in front Sweat to the left rear: 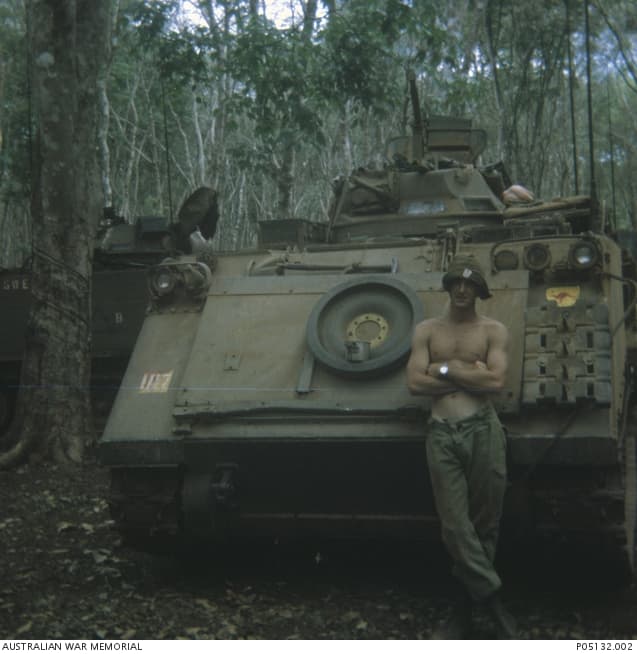 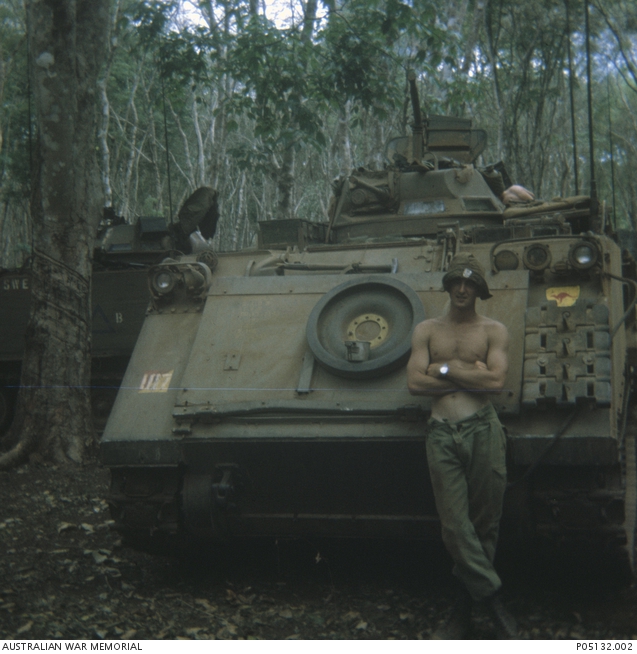 ‘& Tears’ in March '71 with a nice view of the under sponson armour which protected the driver when this one hit a mine: 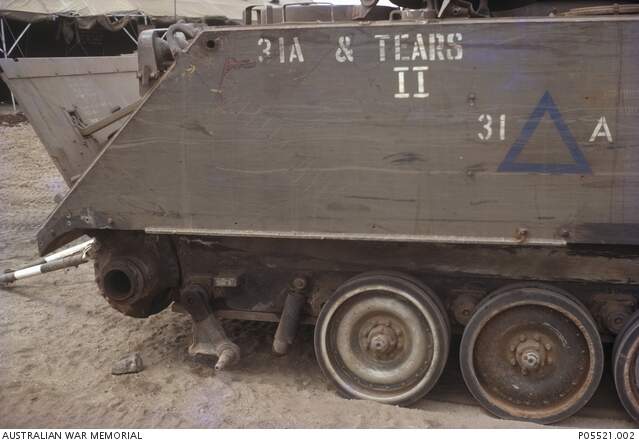 Sweat a bit dehydrated after hitting a mine: 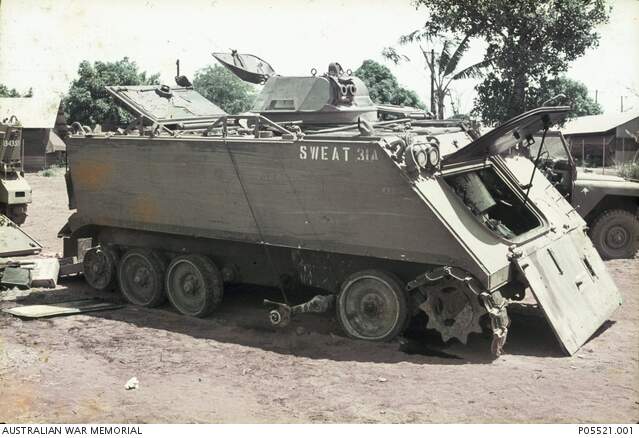 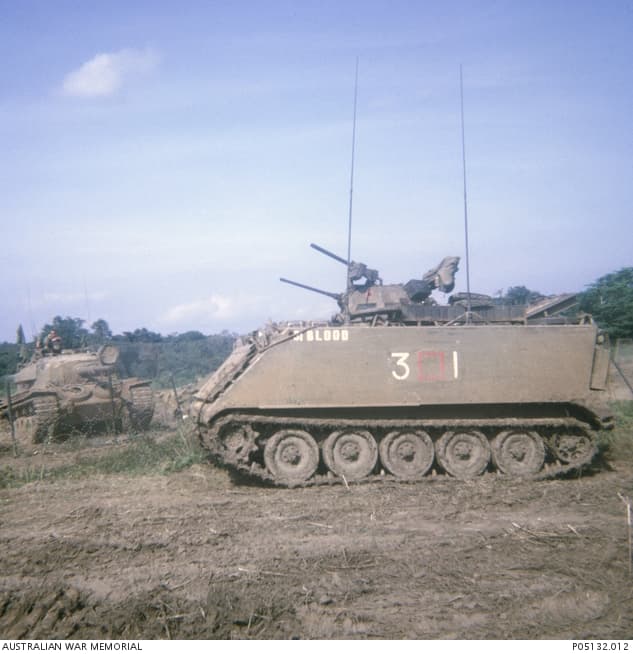 Thanks for posting pics. It is always good to see what others have accomplished.

Thank guys,
All the extra parts on the kit were
from the C/S conversion kit.
A bit of artistic license on my part petbat just a bit of a mish mash from the kit decals😀

Not armour, merely a filter pack for the forced air ventilation system. The lid is removable to permit cleaning if the filters. 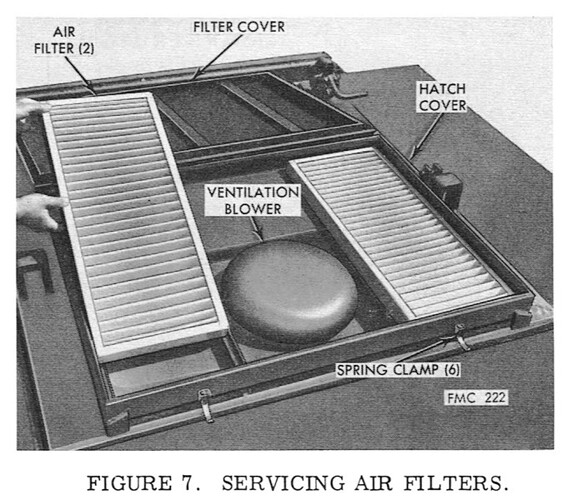 Sand bagged hull floor, nice touch, can’t recall seeing that on alot of builds but certainly was a normal crew improvement and very prevelant in alot of pic’s I’ve seen. Where did the flak vest come from? Another nice touch.

Where did the flak vest come from

It is part of the call sign set - see the pic above.

For anybody that’s interested the build blog is here, 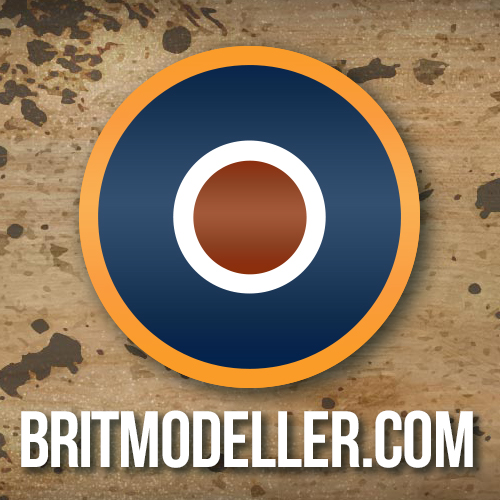 Hi guys, my new project here,using the Callsign conversion set I am going to do as the title says. Masterclub tracks and Master box figures are going to be included. I will be more than happy if you want to follow along. Cheers Ivan

very nice build,i recently bought the A/C models aussie figures on the M-113,11 figures in all,comes with the commanders hatch molded with a flak jacket,and the rear cargo hatch molded with a ex.fan into it,and ammoboxes mounted in racks for the roof,quite a nice resin figure kit with a lot of extras!

@HeavyArty & @enfield38, ya learn something new every day. Thanks for the information. I realize that the 113 has served long & wide and has more modifications than are easily listed over that lifespan. But that air filter/blower box on the cargo hatch is a new one.

great build!!! Looks the II-Corp part; as that place was mud city 12 months a year. Like the way the trim vane turned out. The finish on the sides was a very well done part of the build. The jungle is really hard on paint jobs, and it’s common to see bare metal showing thru.

You can do just about anything to an M113, and somebody probably did it that way. Was sorta surprised that there wasn’t any RPG fencing and engineer’s stakes. Yet your photos hold true!
gary

by the way, I doubt that track was cut out as a combat loss. The hull wasn’t cracked, and the suspension was rebuildable. Probably ran over a command detonated 4.2" or 82mm mortar round. A regular mine goes off much sooner. The one up by the driver was probably a pressure sensitive mine (81mm or 82mm). The one in the middle was probably four duce. Either way it’s fixable.

Comment was made about the sand bagged floor. Many crews opted for the floor being covered with 50 cal ammo cans. Reduced the inside head room a little, but nobody rode inside anyway.

Builder needs to add a water cooler, and some smoke grenades ontop. Gets really hot down there by this time of year (110 to 120 degrees)

As I said before; you done well!
gary

Hello Farrigno,
Australia trialed two petrol engined M113s against two early prototype British FV432s in the early 1960s to replace Saracen armoured cars in the APC role. The M113 was the eventual winner, with the (soon to be available) diesel powered family of vehicles being purchased. One outcome of the trials was the development and installation of the tropical ventilation system mentioned in this thread. That system was factory installed on all Australian M113A1, M125A1, M577A1, M579A1 and M806A1 vehicles. New Zealand also opted for the same kit.

enfield 38,good too know!,…never seen a ventilation system like that before!

The M113 and all it’s siblings were under a constant re-engineering from day one. As stated they were gasoline powered at first, and then went to the Detroit Diesel engines. Later they also did some with a Cummins six cylinder engine (most went to Israel.) There were three completely different transmissions used as well. The first one really on showed up behind the gas powered tracks, but there were a few behind diesels. The next one was still automotive based (think Turbo 400 on steriods), and was made till the early 1990’s. The last one was completely different, and was a serious gear box designed for tracks (kinda like a scaled down Abrams gear box). The first two used an automotive differential and what was known as the water steer gear box. The last one did away with all that, and couple directly to the sprockets. It’s interesting that in the U.S. Army’s infinite wisdom they decided they did not need the water steer unit in Vietnam!! Lets hope the Aussie’s were not that dumb!

There were a few M577’s in RVN, but still not real common. The main mortar track was the M106, but there were also some of the others. Units often removed the 4.2" tube and base plate for the 81mm tube. This was fairly common and started in the rubber plantations. The zippo (flame thrower) was out there, but most smart folks kept their distance from them. Then there was the M106 that had the tube and base plate stored out of the way. It was used to haul ammo. Then they would mount the tube and your back in business.

Being made out of aluminum, you’d really be surprised at how well the hull held up in combat. They’d take a pretty good hit. Yet a typical booby trapped 155 round would destroy it in a split second (and driver). It just gets uglier from there. A 50 caliber round would penetrate the hull, and a 51 caliber as well. Mine were almost always set off by ground pressure from the tracks, and that’s why the driver’s job was for the FNG! The trim vane was usually trashed after three months of busting jungle (or less). They were almost always back ordered so they made new ones from 3/4" or 1" marine plywood. Double canopy jungle will rip everything off the hull that’s bolted down!!! Bend up everything that stays put. No tracks in triple canopy! During the monsoon season they logger up till it sorta dries up a bit. Otherwise they’ll be stuck in the mud down to the hull bottom. Samething for M48’s and Sheridans too. Doesn’t mean that combat stops, just means we’re doing it differently (on foot). Still in this time of the year, you’ll often see them on the main roads doing mine sweeps and running convoy security. Just not in the bush.
gary