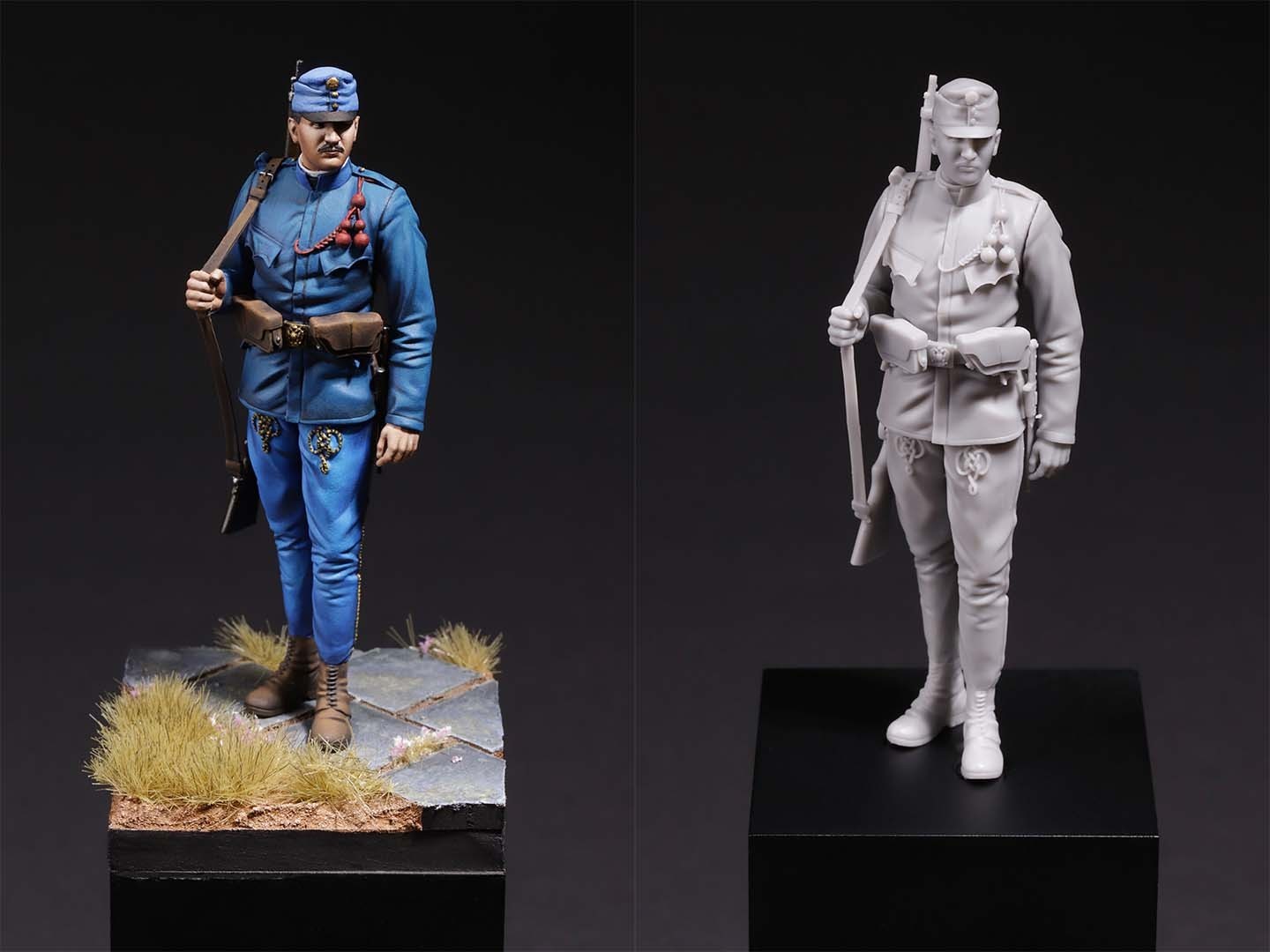 This is partial text from the full article (usually with photos) at https://armorama.com/news/austro-hungarian-infantry-soldier
Fredddy September 15, 2021, 12:49pm #2

Nice sculpt, but the painting is not correct. The color of the uniform is a matter of taste, I would do it more grey. But the color of the rope-moulding on the trousers was dark grey (yellow/gold was in the Napoleonic period), the collar marking was also dark grey (without further markings for privates, officers had their stars on it), and there usually was a regimental number on the right side of the cap, again, dark grey. In the early periods of the war the older pattern uniforms were also used, in this case the cap and the trousers were the same from figure sculpting perspective, only the colour was different: the rope-moulding and the number was red, the cap was dark blue, the trousers light blue (the Napoleonic Austrian trousers colour).

Well there is a serious misunderstanding here… The figure was painted in pre war dark blue uniform, not pike grey. The vitez knot on the trousers were red for Honved (k.u. Honved) regiments only, but this is a common army (k.u.k) regiment soldier where the knot is yellow/black.

The collar patch and vitez knot was grey for Honved regiments only after the introduction of pike grey uniform. (Before 1907 was red)
For common army regiments it remained yellow/black.

All in all what you wrote is correct for a Honved regiment soldier in pike grey. But not for a common army soldier before 1907. 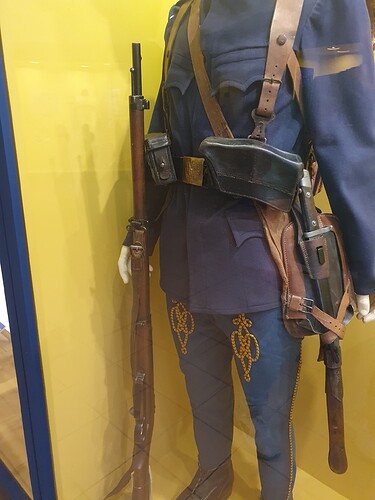 Yep, thats true, what I wrote applies only for the Honvéd regiments.